The size of the 2017 Nissan Armada is evident with massive power lift gate. The second generation Armada also features a new power-train and frame/suspension with seating for eight.

And while the industry is migrating to compact and intermediate CUVs with luxury fittings, the full-size SUV is still vibrant with Armada up against offerings such as Chevrolet Tahoe/GMC Yukon, Toyota Sequoia and Ford Expedition.

This is the second generation Armada, and to up its game in the large luxury SUV market, Nissan has produced a whole new model. 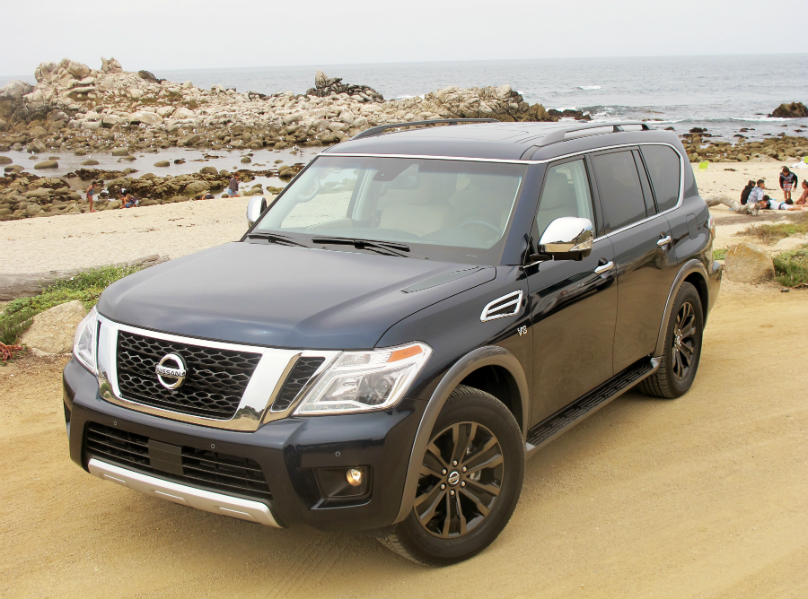 Although it has the same engine and transmission as the new full-size Titan pickup, it does not use the same frame.

Instead it relies on the beefier full-boxed ladder frame as used on the Nissan Patrol, a very big seller in many other countries including the Middle East where the Patrol’s legendary off-road ability is highly valued.

For 2017, the stiffness of the frame has been increased by 20 per cent. 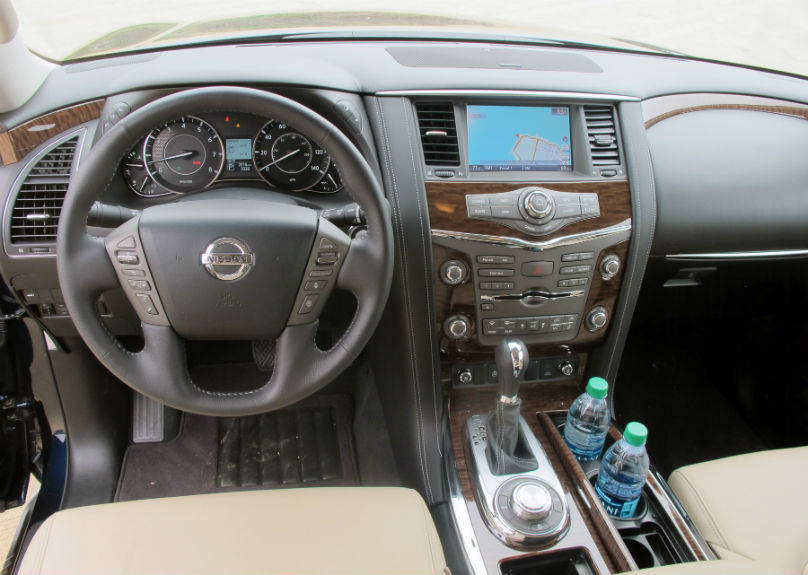 Power comes from the same 5.6-litre DOHC V8 as before, but now with direct injection that raises power to a claimed best in class 390 hp and 394 lb/ft of torque compared to 317 hp and 385 lb/ft in the outgoing Armada. 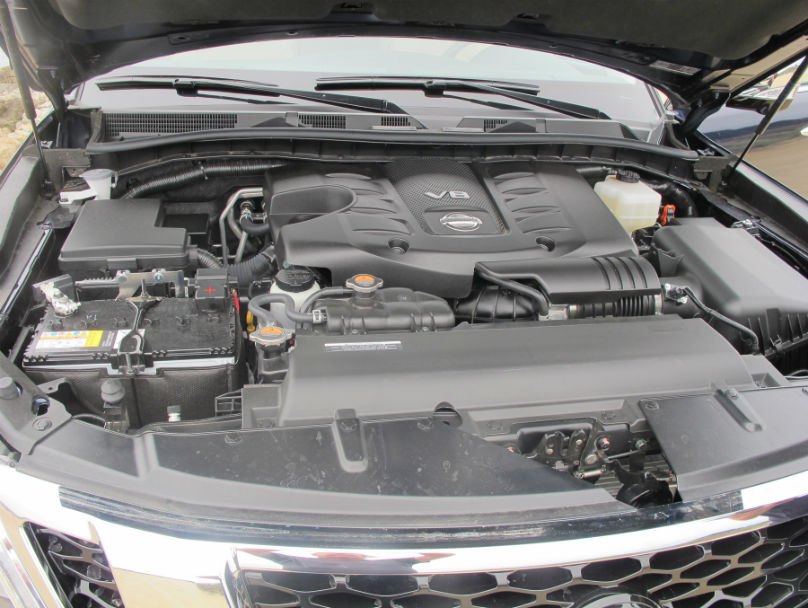 Fuel consumption rating for the Armada was not available at time of writing.

Also shared with the 2017 Titan is the same seven-speed automatic transmission with downshift rev matching. It replaces the five-speed manual in the outgoing model.

In normal driving situations, it operates in two-wheel drive, but it can distribute torque to all four wheels with up to 50 per cent to the front wheels.

Based on the redoubtable Patrol, the Armada can go just about anywhere, which Nissan proved on a demanding off-road loop where we drove with two and sometimes three wheels either in the air and scrabbling for traction with the Armada lurching dramatically but getting through nonetheless. 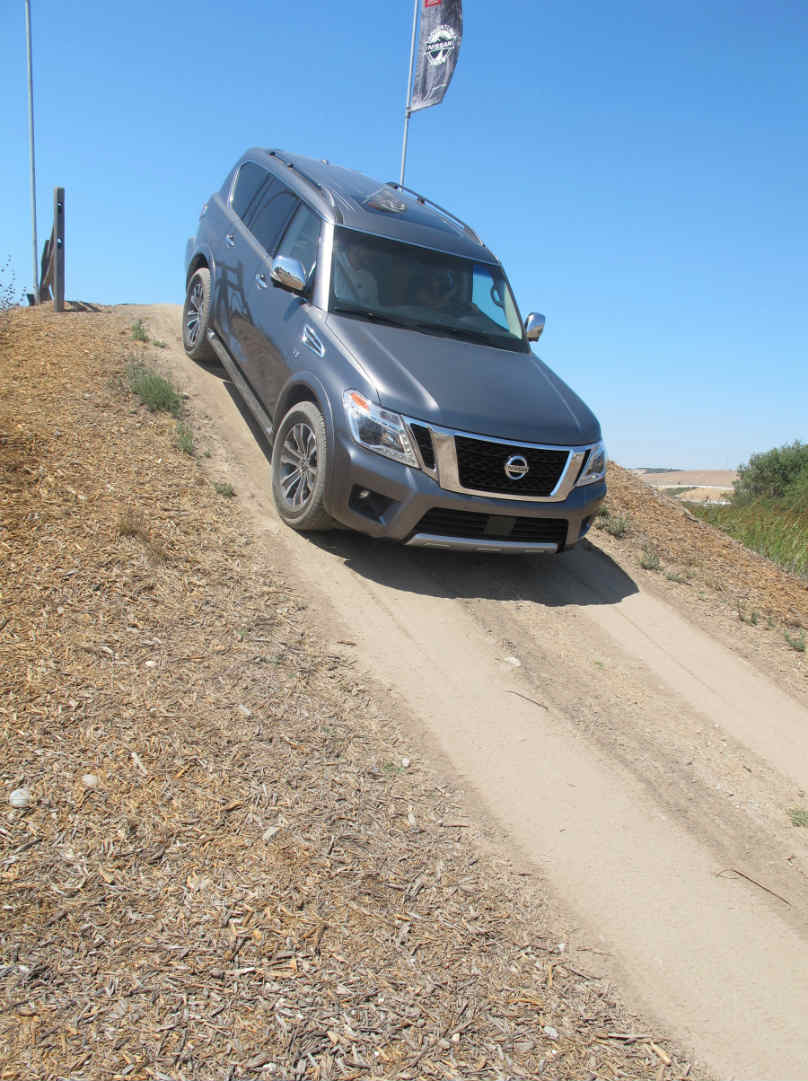 Assisting the driver in everyday situations is the optional Predictive Forward Collision Warning (PFCW) that warns of obstacles beyond the driver’s forward field of vision.

It is a radar-based system able to sense the relative velocity and distance of a vehicle directly ahead and also of a vehicle travelling in front of the preceding one.

But to make the new Armada more attractive to buyers, Nissan paid attention to the interior, starting with noise reduction with front and side acoustic glass with the aim of achieving “library level” quietness at idle.

But even at highway speeds on California’s Hwy 1, my co-driver and I remarked at how we could barely hear the tires even with the radio off.

Next Nissan looked at seating, which is for eight with two, 60/40 split/fold benches in the second and third row or optional captain’s chairs on the toptrim Platinum model. 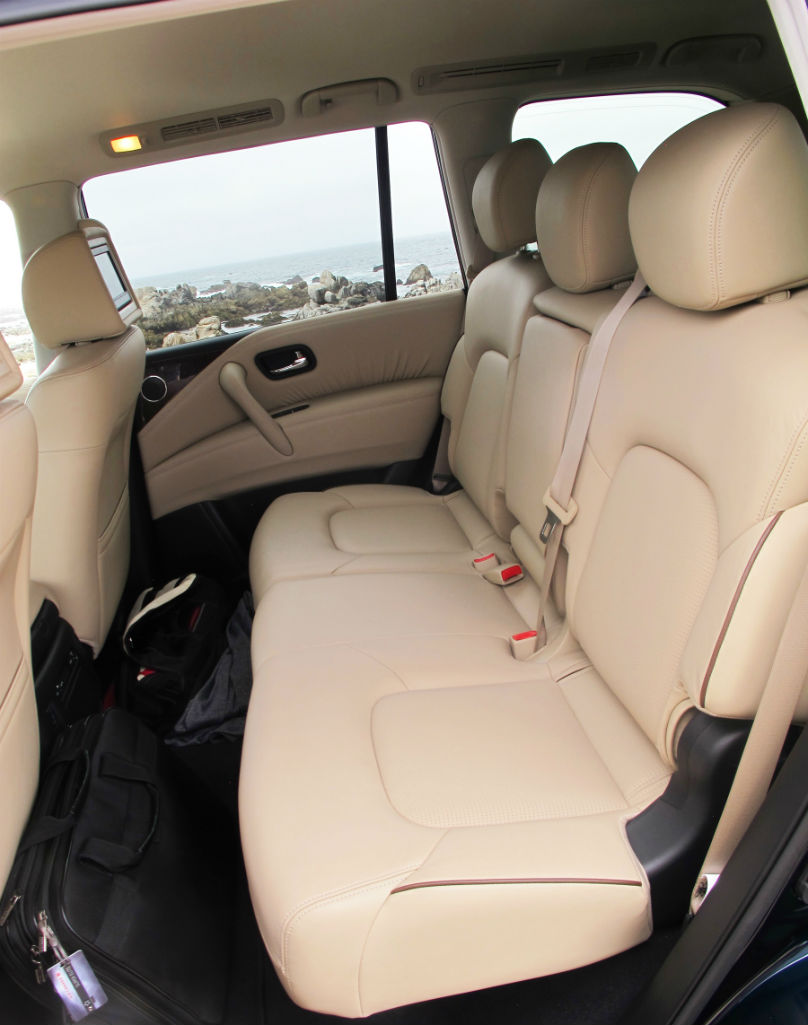 A Bose 13-speaker premium audio system is standard, as is Nissan Navigation with NavTraffic and NavWeather information — the latter two requiring a Sirius/XM subscription. 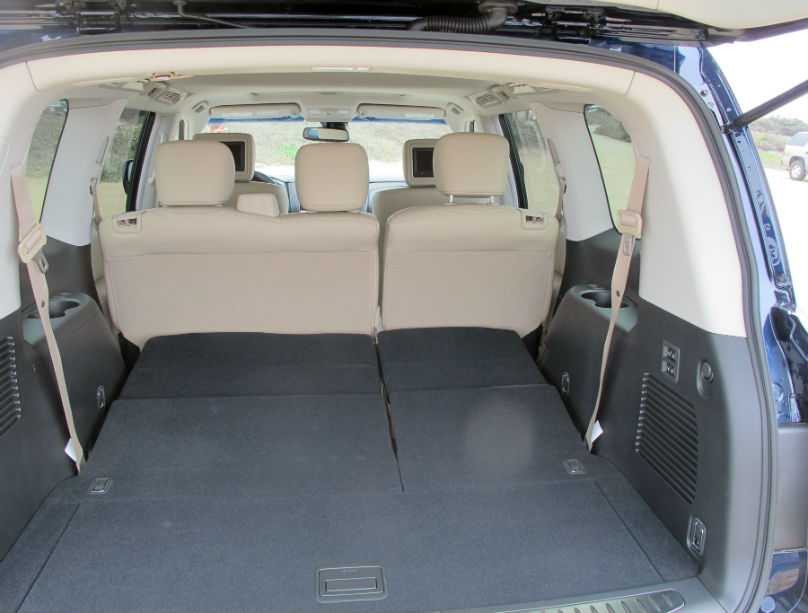 Because of its size and weight, the Armada feels very solid thanks to the larger Patrol-based frame as opposed to the Titan pickup frame used on the previous model.

And thanks the double wishbone suspension and big stabilizer bars, the Armada is surprising easy to drive, almost nimble, at low speeds such as when pulling into a parking spot.

If you’re thinking about a full-size luxury SUV with “library level” quietness, the 2017 Armada is sailing into a Nissan dealership near you right now. 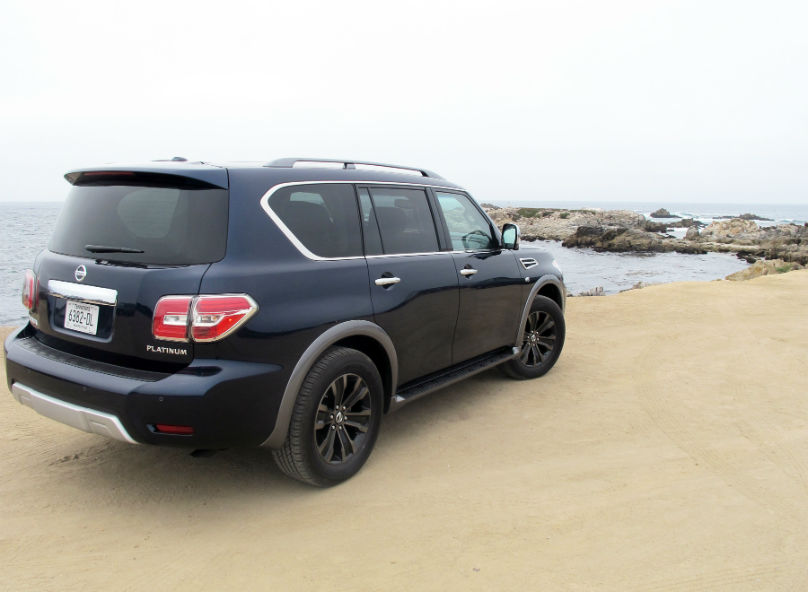