The 2017 Hyundai Santa Fe XL, seen here in Storm Blue and in Limited trim. The brand’s largest six- or seven-passenger mid-size sport utility vehicle has been revised this year with cosmetic upgrades and added content.

I slid my hand over the brand logo on the leather-wrapped, heated steering wheel, pretended I didn’t know what I was driving and tried to scan the interior objectively.

Yeah, I know, but at least I was making the effort.

Inside, the control gear was nicely laid out, ergonomically organized with knobs and buttons where you’d expect to find them and without too much menu-scrolling folderol. 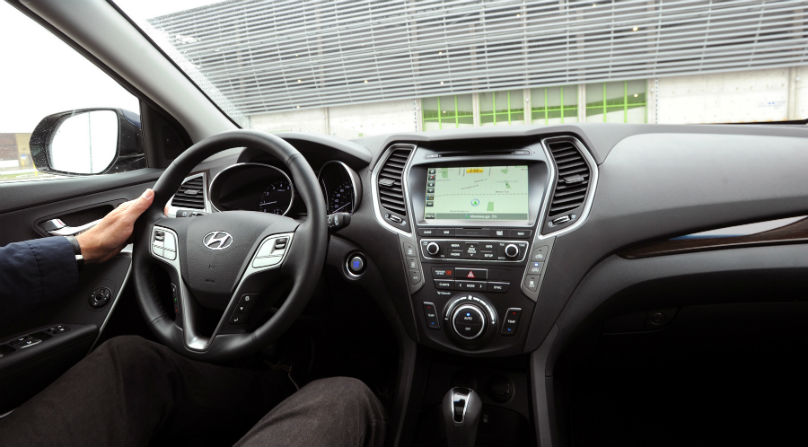 The interior trim pieces were well finished. There was plenty of space up front, a second row roomy enough to allow me to “sit behind myself”, and the third row offered at least some extra passenger utility or, folded flat, extra luggage room.

I settled into the heated/ventilated leather seat and watched the rain misting the windshield, the 12-speaker Infinity Premium audio system simpering a little Miles Davis for a soothing background soundtrack. 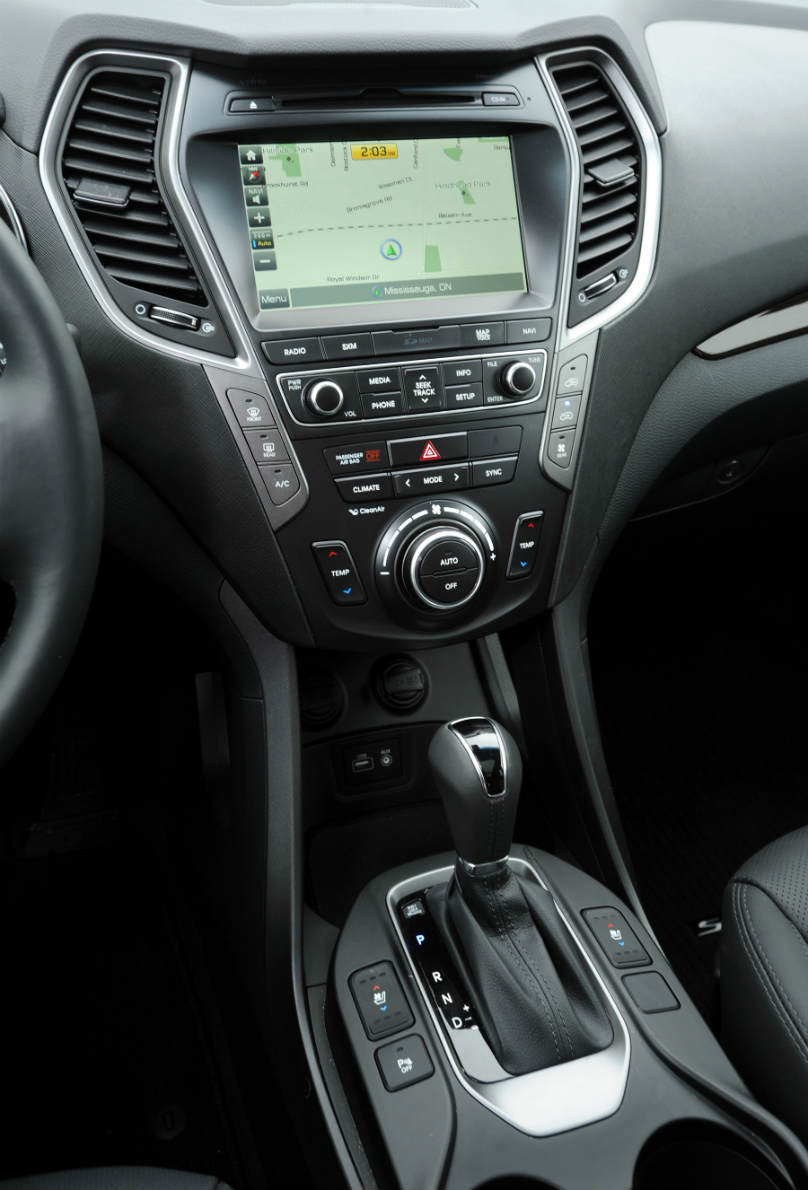 But then, the days of expecting anything less from a Hyundai are long gone.

Inside, a new centre stack with a 5.0-inch LCD touch-screen has been made standard across the lineup.

The HVAC treatment seems about the same but the audio controls regain the standard two-button volume/tuning layout along with new added features.

Hyundai’s Drive Mode Select with Sport, Eco and Normal settings has also been made standard across all trim levels.

Comparing numbers with the Santa Fe Sport smaller sibling, we see that, along with the added third row, the bigger Santa Fe XL stretches the wheelbase (+100 mm), is longer (+205 mm) and is also marginally wider (+5 mm) and taller (+10 mm) while maintaining the same ground clearance (185 mm). 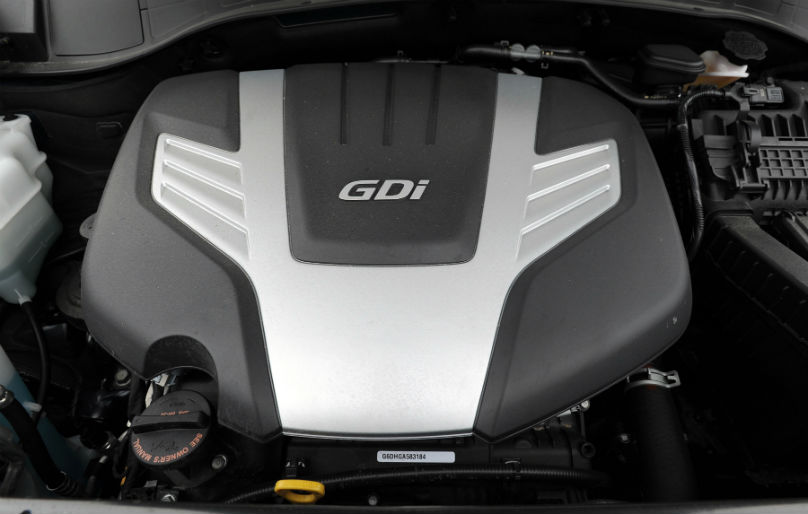 This six-cylinder motor pulls with authority, offering enough oomph to attain a tow rating of 2,268 kg (5,000 lb). Fuel economy is rated at 13.9/10.8L/100km (city/hwy). My real world results were skewed slightly by a lot of highway runs, so the average came in at a quite respectable 11.6L/100km (comb). But this is where the XL shines, as a comfortable smooth cruiser for long hauls and family weekend trips.

The lineup has also been topped this year by a new Ultimate trim level ($48,099) that is a fully-inclusive ticket to technology, boasting a Multi-View Camera system, 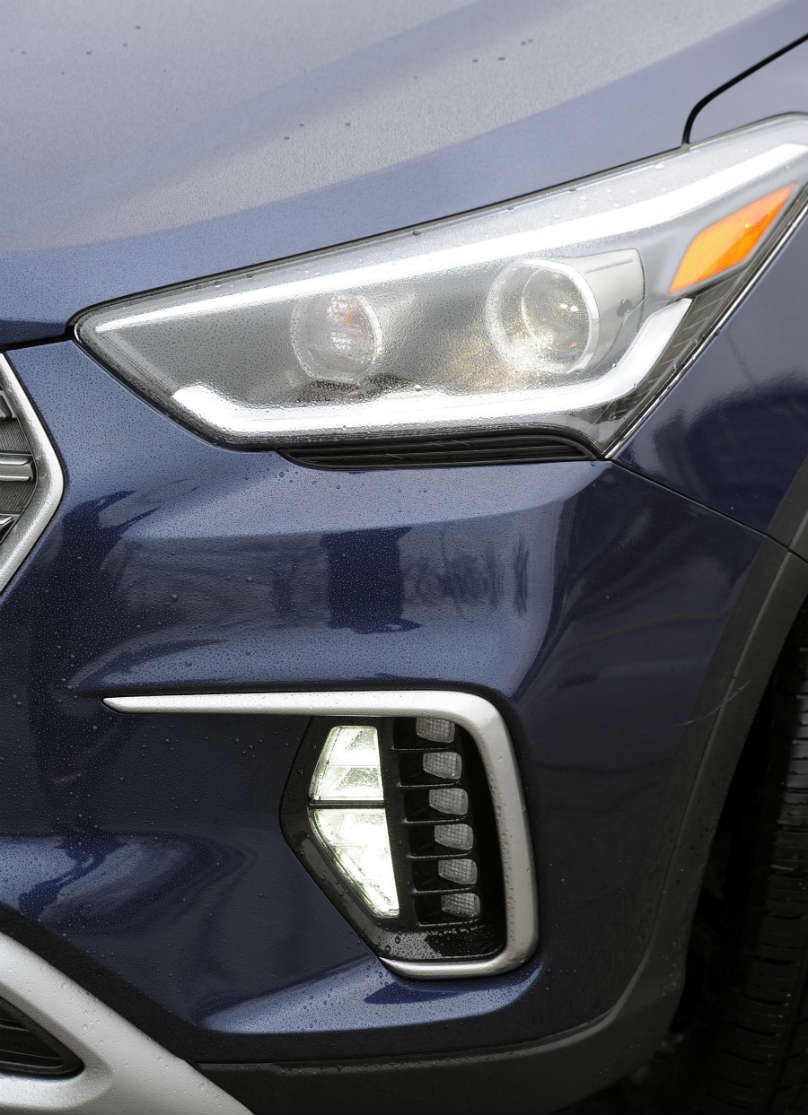 Our Limited tester may not have all those bells and whistles but it came nicely loaded with features that, along with already mentioned items, include LED fog lamps, big 19-inch alloy wheels, a panoramic sunroof and an upgraded 8.0-inch touch-screen with navigation.

A Smart Power Liftgate senses any key holder standing within 50-100 cm (three feet) of the rear and automatically opens without all the silly kicking motions. That hatch opens up to a modest storage space, impinged somewhat by the extra seating, but fold the 50/50 third row flat and you have oodles of room for your junk (1,158 litres), more than the space behind the second row of the Santa Fe Sport (1,003 litres). 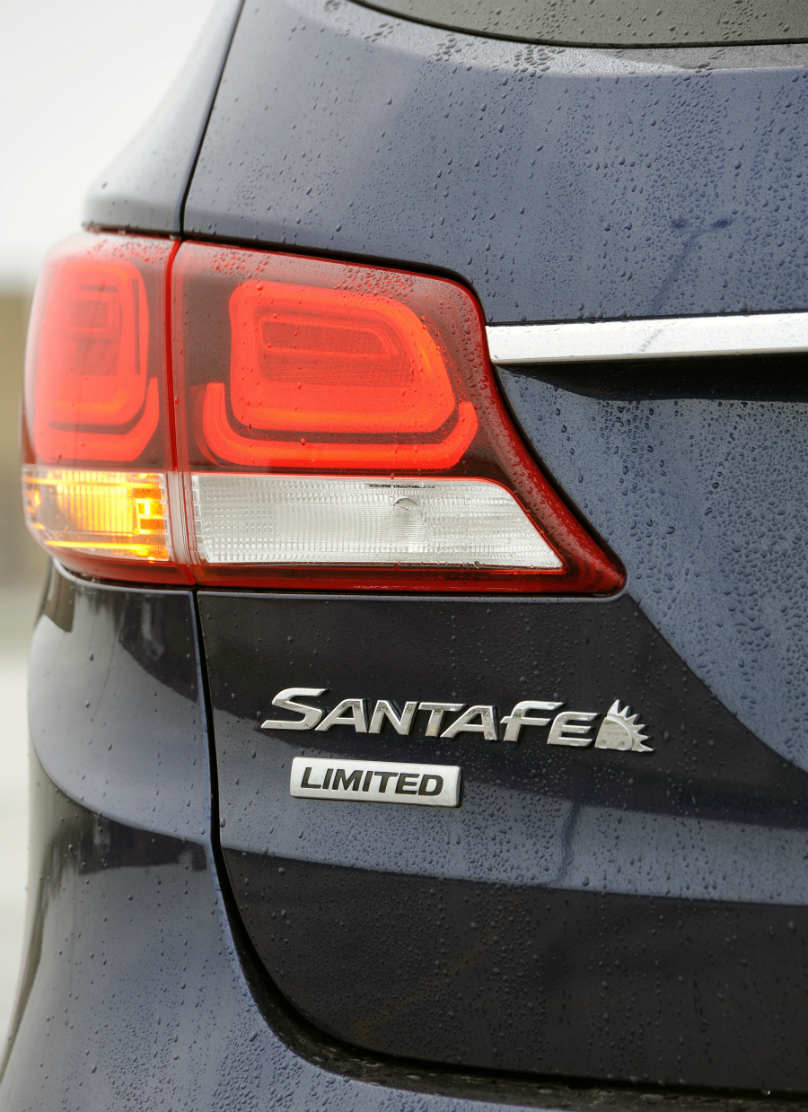 Our tester was outfitted with the six-passenger layout, replacing the second row bench with two captain’s chairs. This is a $400 option in Luxury and Limited trims and standard in Ultimate,

All in all, an impressive list of revised features and added technologies keeps the Santa Fe XL current in a tough mid-size market, vying against SUV/CUV competitors like the Ford Explorer, Mazda CX-9, Toyota Highlander and Nissan Pathfinder.

But with Hyundai’s dedication to dollar value content and with a constant evolution of product and technologies, the 2017 Hyundai Santa Fe XL ticks a lot of the boxes on family driver’s wish lists and is definitely worth a look. 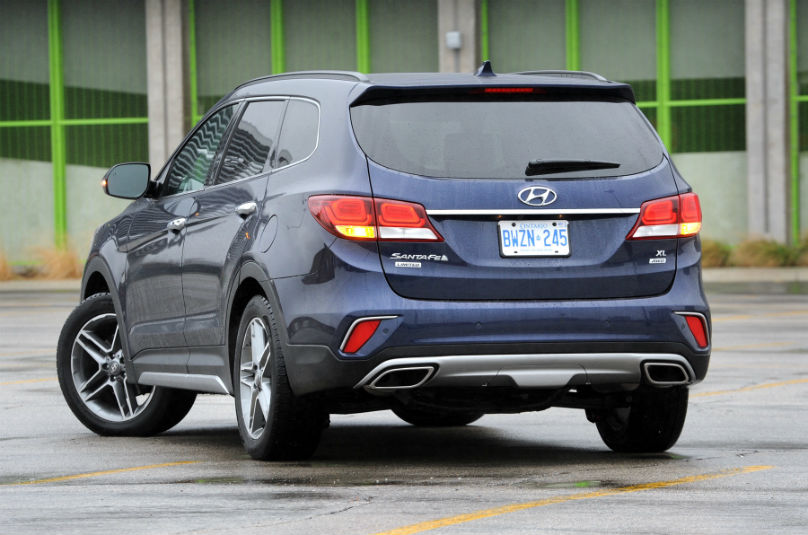