The baby of giants.

The best way to sum up where the 2020 Mercedes-AMG GLC 43 fits within AMG’s diverse lineup of cars and SUVs is to call it the baby of giants. Yes, this is a performance SUV, but it has nothing to do with the almighty V8-powered AMG GLC 63.

Instead, see the GLC 43 as a sporty alternative to say, a BMW X3 M40i or an Audi SQ5. So no, it’s not powerful enough to take on high-velocity monsters like the Alfa Romeo Stelvio Quadrifoglio or Jaguar F-Pace SVR, but it’s still plenty capable to stick a big fat grin on your face. We took it out for a spin to see how it fares against its direct German rivals.

Styling is subjective, but I prefer the way the Mercedes GLC looks over an Audi Q5 or a BMW X3. In AMG form, this observation couldn’t be clearer as its more aggressive front bumper, signature AMG grille and Designo 21-inch wheel package give the GLC a properly athletic presence, one that maintains the clean and classic luxury demeanor associated with a Mercedes-Benz.

The GLC 43 got some mild updates for the 2020 model year, notably a reworked front and rear fascia and redesigned LED headlights and taillights. Other changes apply to the vehicle’s cabin with the incorporation of the MBUX infotainment interface. However, the GLC makes do with the traditional Mercedes dashboard layout, meaning it still doesn’t get the large LCD screens that span the entire dashboard. 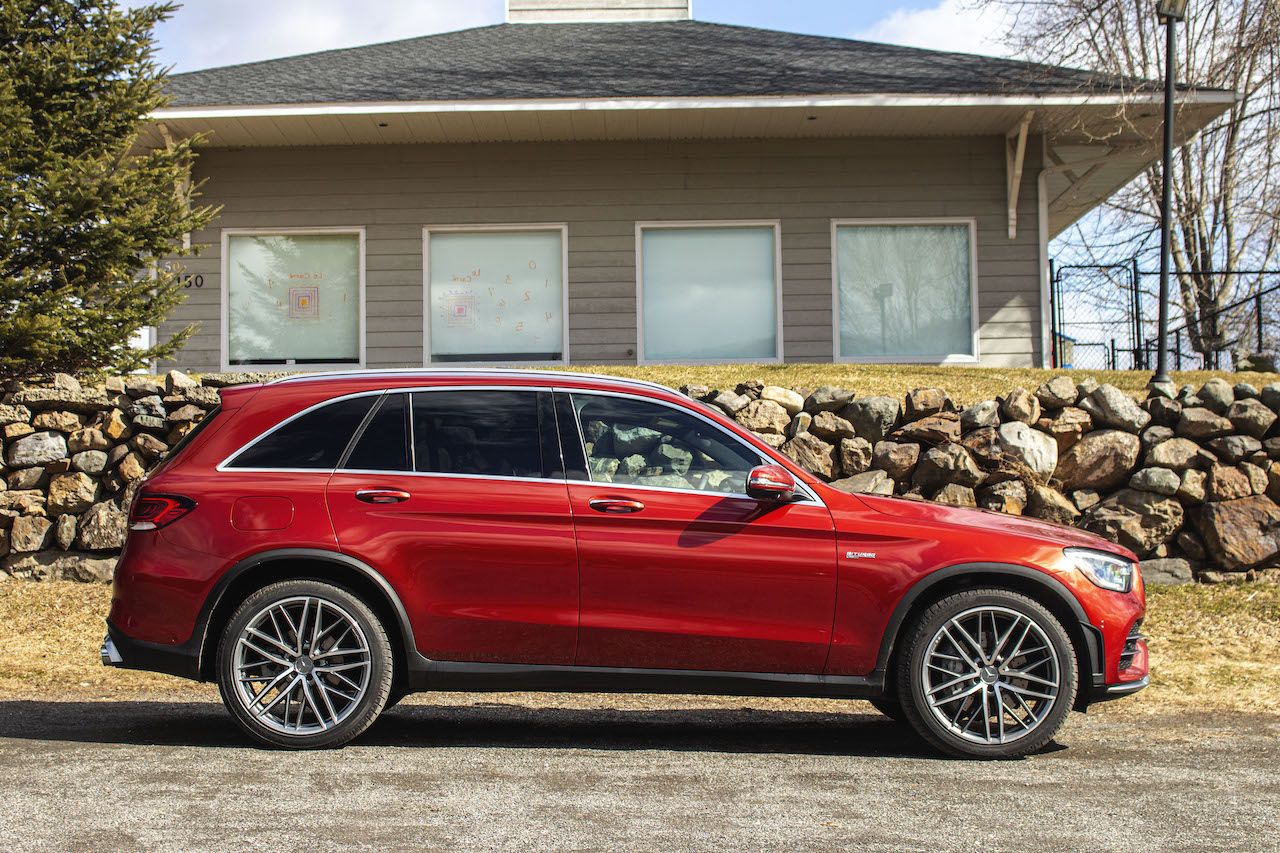 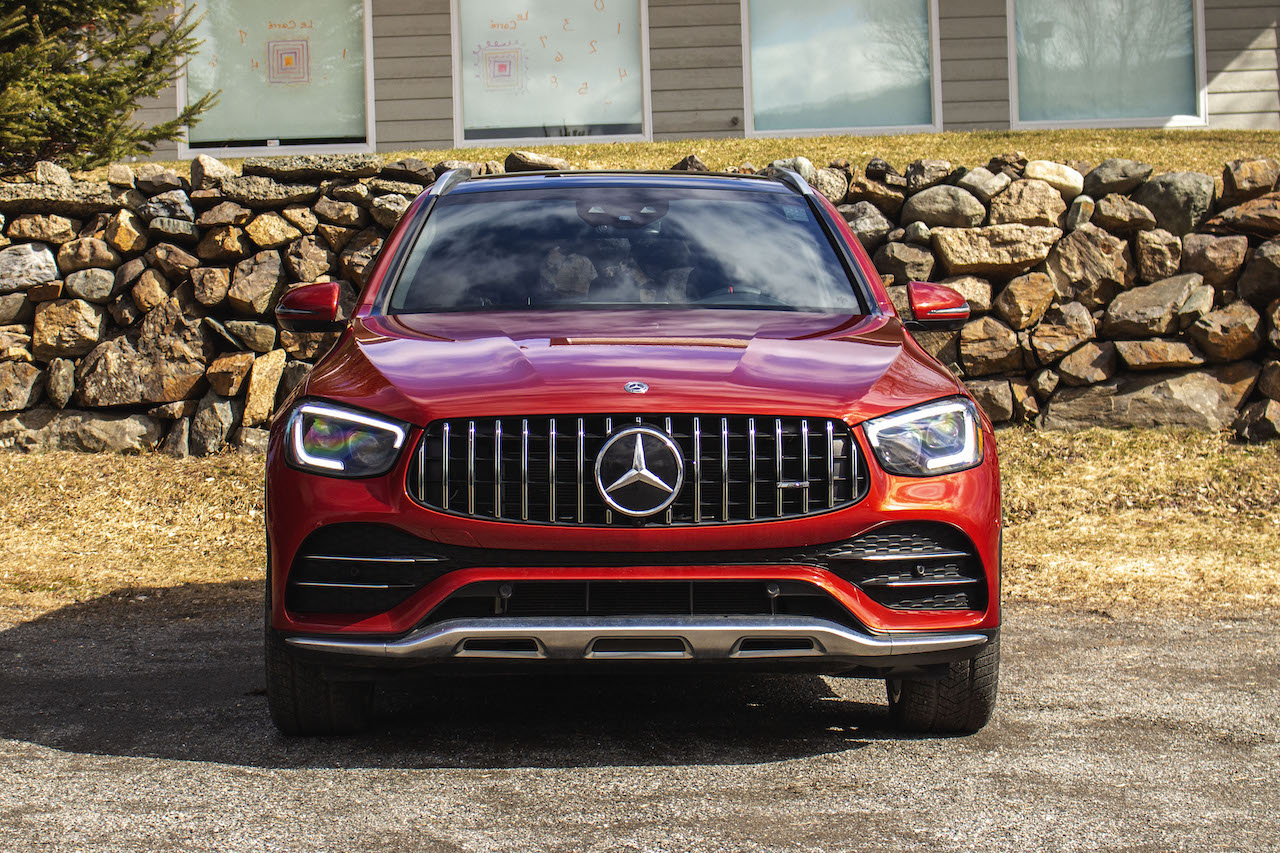 There’s also an all-new steering wheel design which now incorporates knob dials to toggle between drive modes, as well as suspension and exhaust tuning on the fly, similar to what’s found in a Mercedes-AMG GLB 35.

Power still comes from a twin-turbocharged 3.0-liter V6, except horsepower sees a 25-horsepower bump, up to 385. Torque remains unchanged at 384 lb-ft. A nine-speed automatic gearbox takes care of putting all that power to the ground via the 4MATIC all-wheel-drive system. The GLC 43 is not equipped with the brand’s latest EQ Boost mild hybrid technology.

Pricing for this mildly hot-rodded utility vehicle kicks off at $64,400. Our tester had, as these press units typically do, some optional packages added on, for a grand total of $83,400.

If there’s one thing all German vehicles have in common is how they execute performance in a very business-like, effective manner. This is especially apparent in a vehicle like the X3 M40i, which puts more emphasis on the way it goes around a corner over anything else.

If anything, the GLC 43 is the little hooligan of the current German trio of mildly modified SUVs. It’s more docile and not as serious as what you’d typically expect from a German carmaker.

Don’t get us wrong, the GLC 43 will still hit 100 km/h from a standstill in just under 4.5 seconds, and rest assure that you’ll be able to throw it hard into a corner like you would a Volkswagen Golf R, but there’s a sense of softness in the way it performs, as if it doesn’t want to take things too seriously. 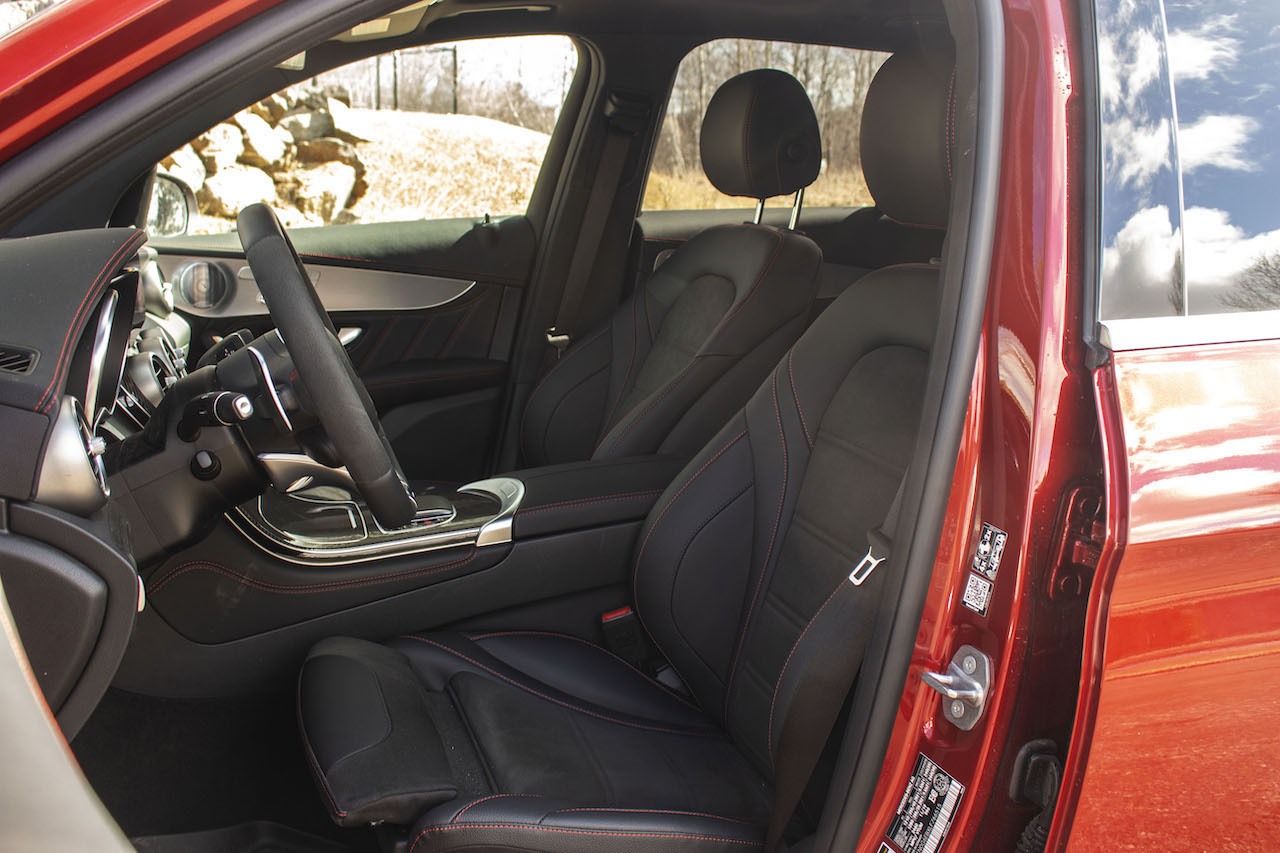 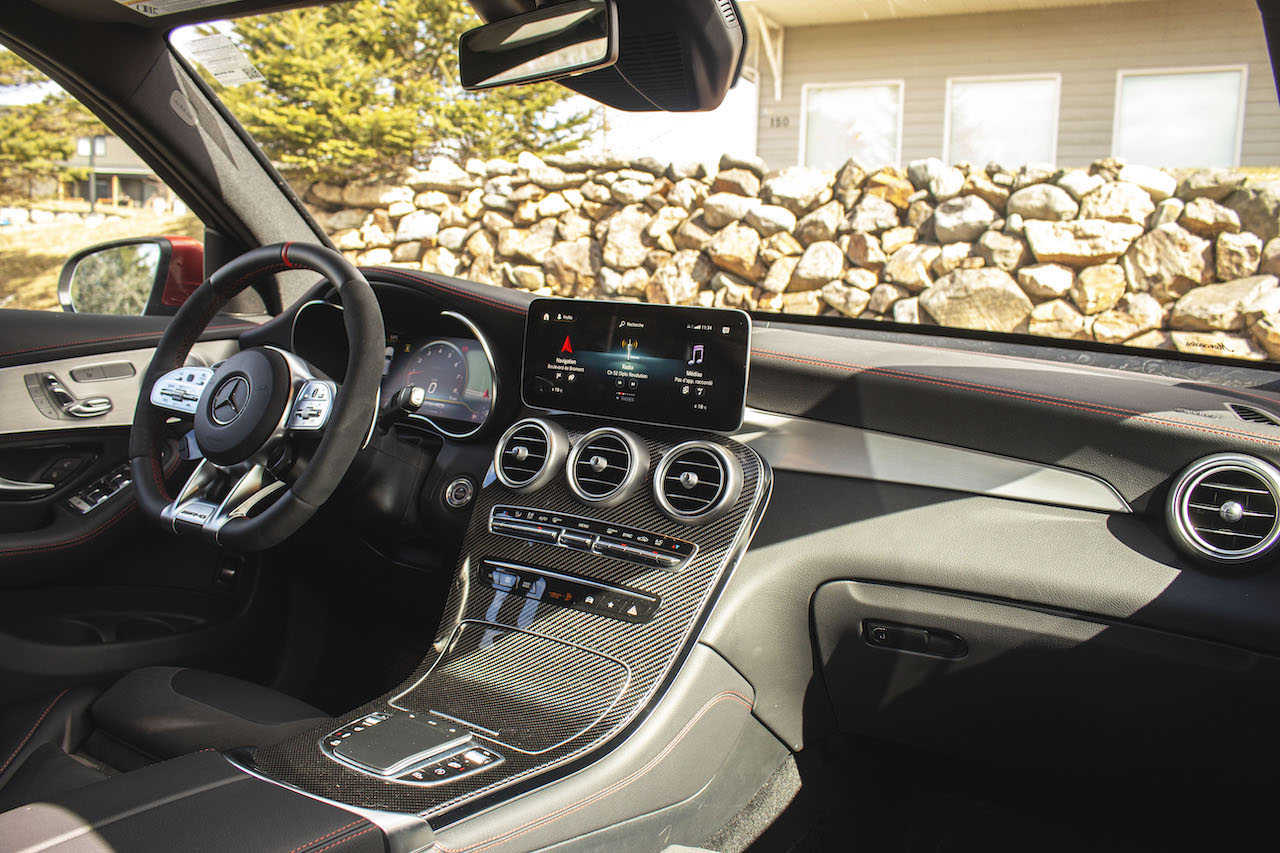 Power from the V6 is immensely smooth and linear. Its variable exhaust emits satisfying barks as it skips from one gear to the next, and the automatic transmission seems to predict your next move as it seamlessly shuffles through cogs.

Yet, although the GLC 43 is, at least, from a technical standpoint, just as sophisticated as anything else in this price range, body roll remains all too apparent, revealing a chassis that’s not as focused as other vehicles wearing the coveted AMG letters.

Furthermore, unlike a BMW, its transmission won’t let you shift for yourself unless you absolutely ask it to via a button located on the center console – a typical Mercedes trait – and its steering, while good, is simply not as precise as what you’ll find in the Bavarian opposition. In other words, while quick and athletic, the GLC 43 doesn’t feel as eager to be pushed on a winding road.

But don’t worry, because it is still plenty fun to drive. Its solid and buttoned-down architecture, coupled with an adaptive suspension, allows this compact crossover to hover over road imperfections while achieving heroic things in the process. Its cabin is beautifully styled—more so than anything else in this class—and immensely comfortable, both front and rear.

In other words, there’s a level of balance in the GLC 43 that makes you realize why it was even created. It bridges the gap between the standard GLC and the overpowered GLC 63.

Once all the hooning is complete, set your turbocharged family shuttle to Comfort mode, and the GLC 43 settles down. Its exhaust quiets down to a smooth and refined rumble as its suspension turns potholes into post-workout snacks.

We can’t help but admit that we absolutely love this vehicle’s overall blend of performance and luxury, this endearing ability to blend the duties of your daily life with hair-rising fun behind the wheel.

That said, the GLC 43 is far from being a perfect vehicle. It has a smaller cargo hold than both its rivals from Audi and BMW, and while the MBUX infotainment interface gains points thanks to its technologically advanced features – like an impressive voice-operated infotainment system – it fails at being easily usable, missing the mark on good-old common sense. 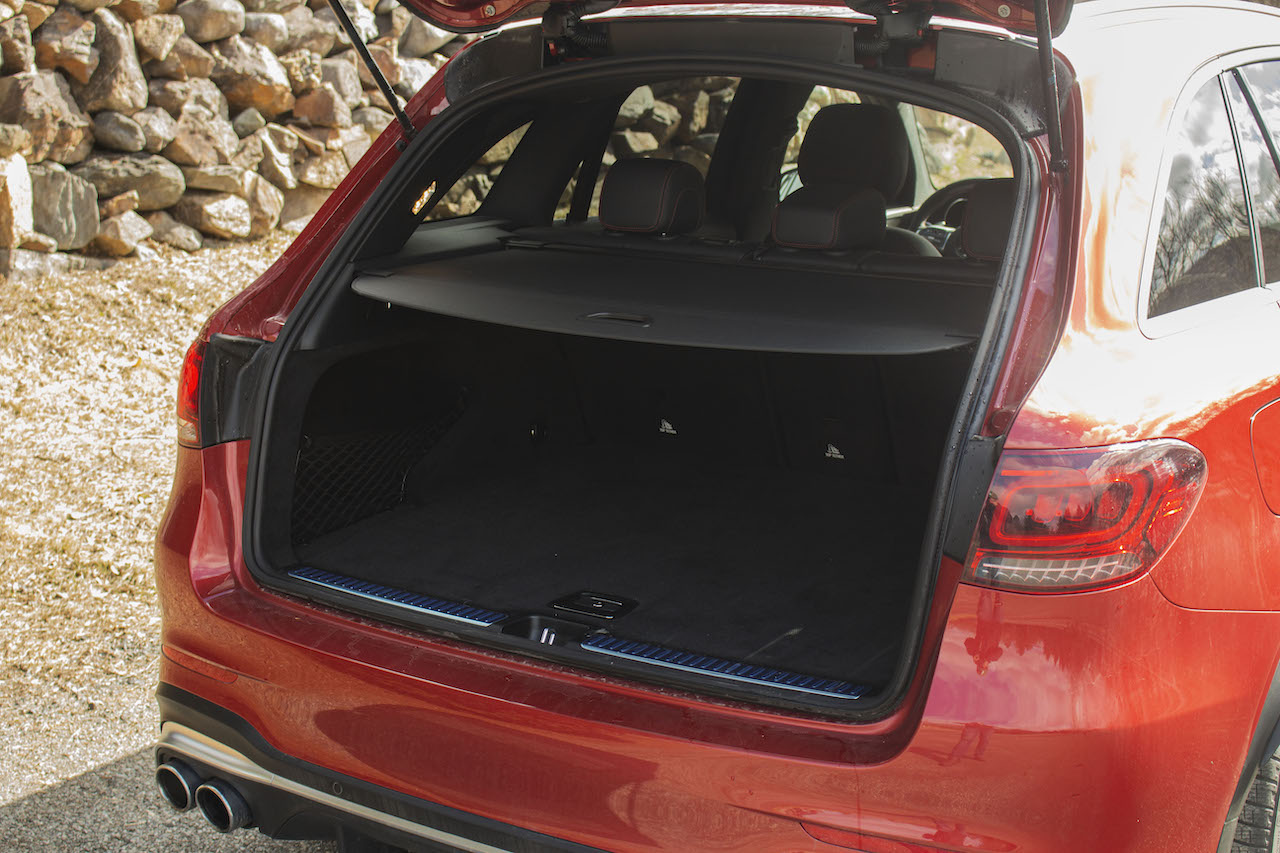 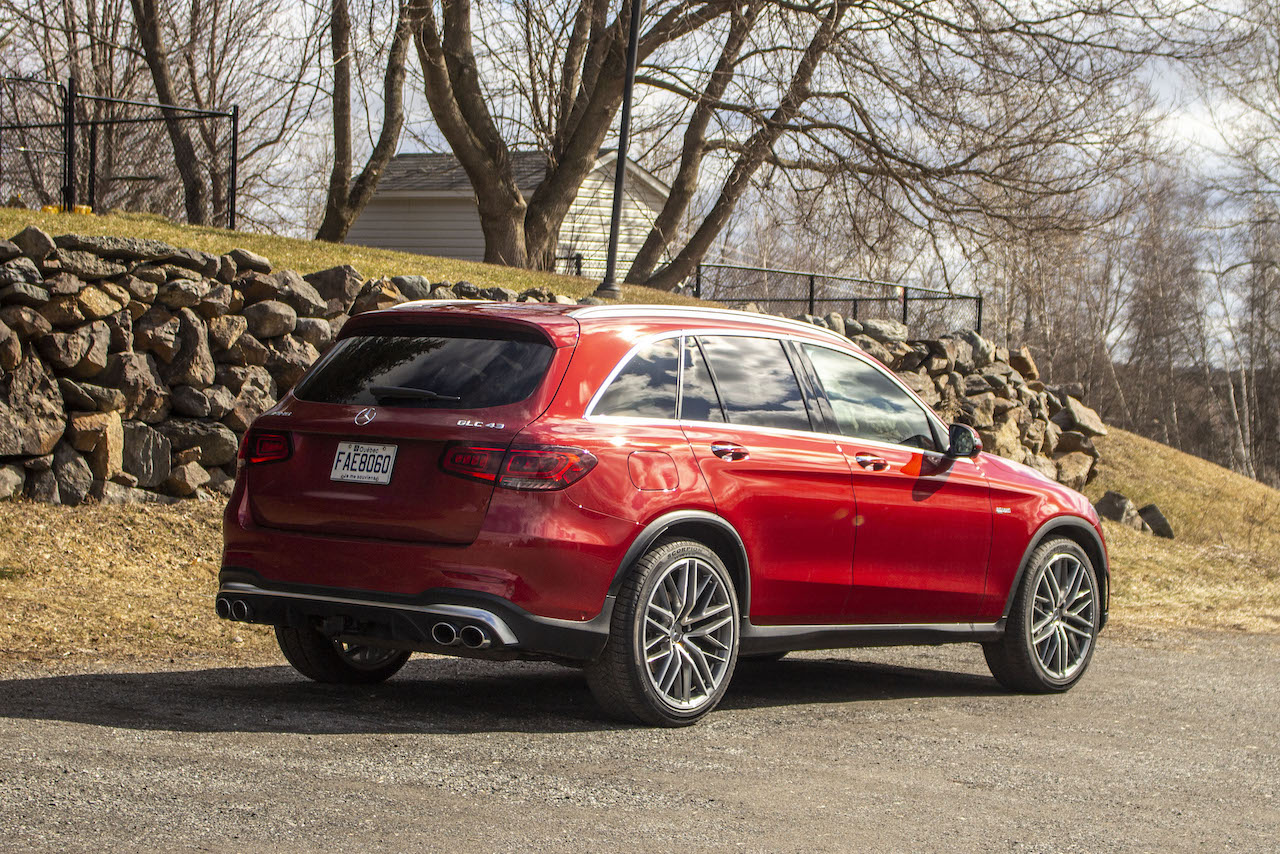 Since we doubt you came here to find out if the 2020 Mercedes-AMG GLC 43 is a great vehicle, we’ll jump straight to conclusion: yes, it rocks. Surprised?

If, however, you count yourself among the brave consumers who are still in the market for a new car amidst this COVID-19 crisis, and wonder where this Mercedes fits within its respective segment, we’ll sum it up by saying this: it’s the sweet spot of performance SUVs. 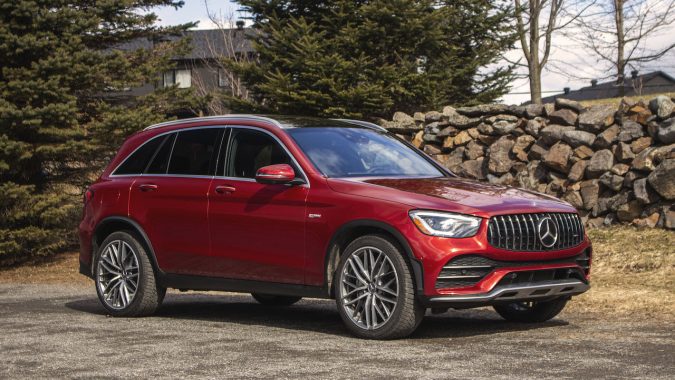 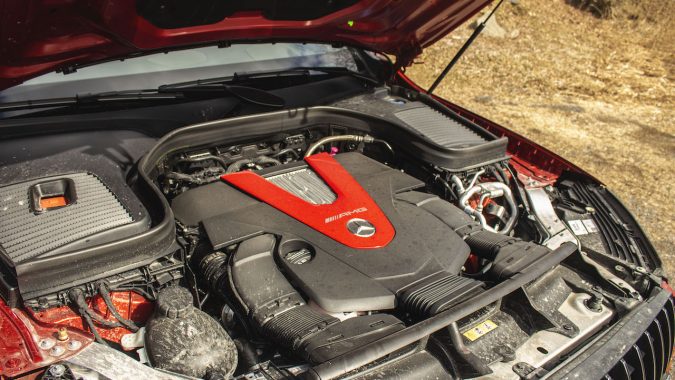 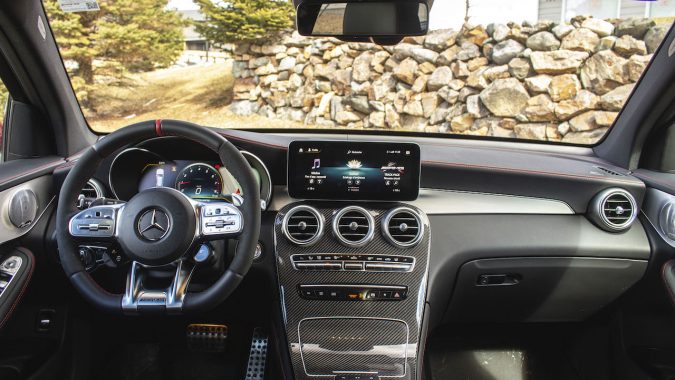 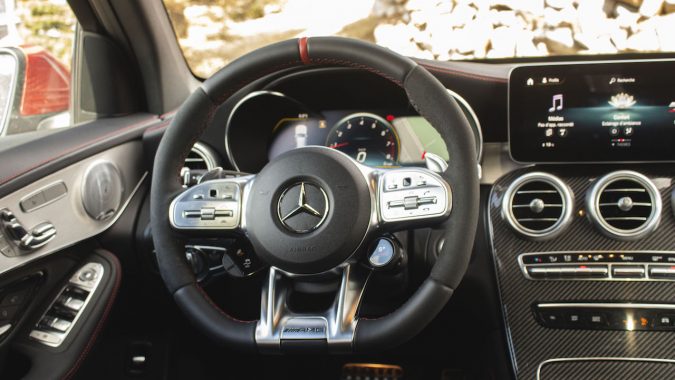 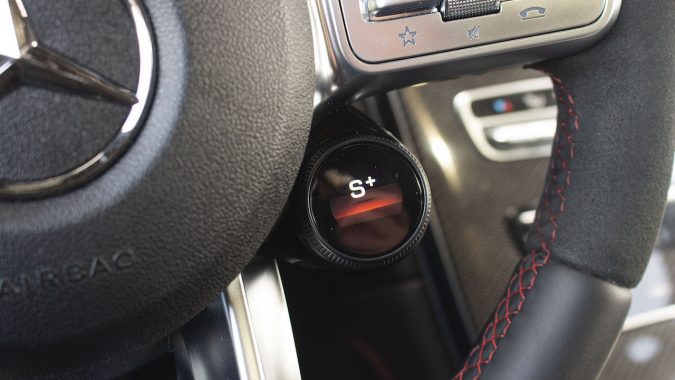 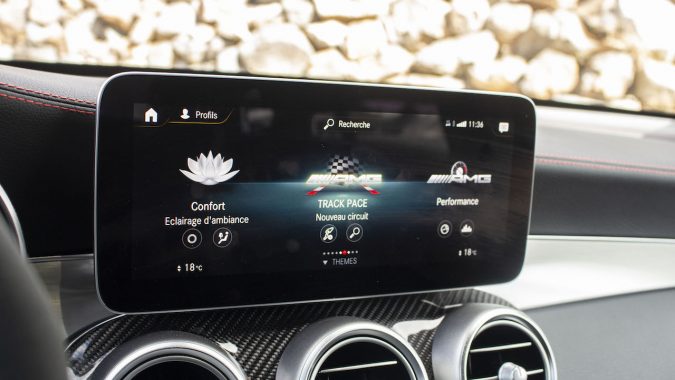 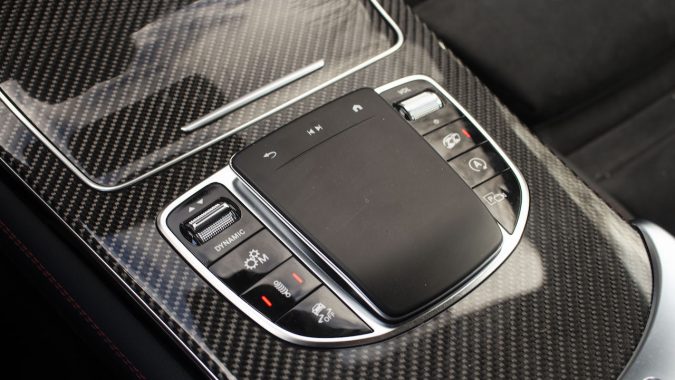 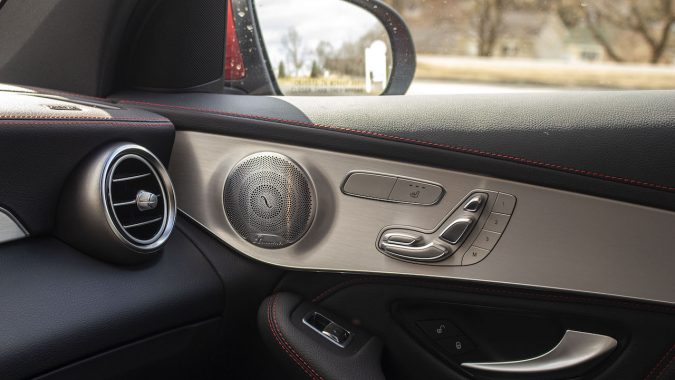 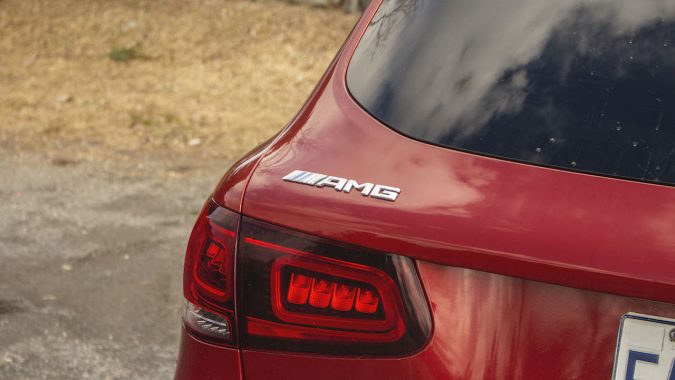 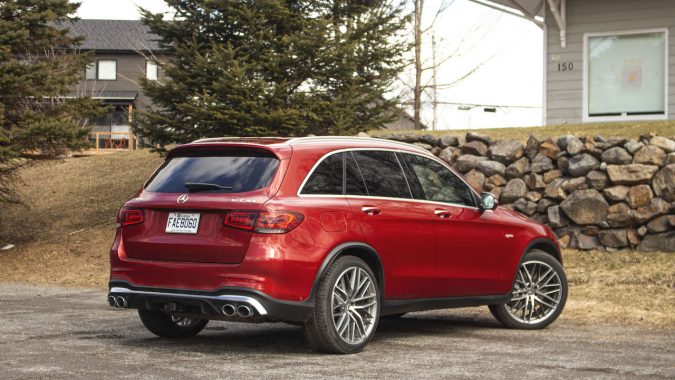