Out of the Ordinary

By: Stephanie Wallcraft May 1, 2018
Comments

It only takes one glance at the Toyota C-HR to know that it was never intended for the faint of heart. Amidst a sea of same-same vanilla small crossovers, its unapologetically brash styling and bold palette of colour options don’t just set the C-HR apart from the crowd – they land it in another postal code altogether.

It’s a surprisingly fearless move from a company that prides itself on its traditional and conservative approaches. And those same lynchpins still apply to this newer spunky subcompact SUV, namely in the form of a top-notch reputation for safety and reliability.

Peel back the layers, though, and the young and self-affirmed buyers likely to be interested in the C-HR may find that there are some key features that they’d hoped to find in their next vehicle are conspicuously absent.

When buying a C-HR, there’s not a lot of decision-making to do: you check a box to decide whether you want to pay $1,600 more to add the premium package, and then you sign on the dotted line.

That means that it’s important to decide whether the standard powertrain configuration will work for your needs – because you can’t option your way out of it.

The 2.0-litre, four-cylinder engine is naturally aspirated – an area in which Toyota is becoming an anomaly these days – and uses variable valve timing to improve efficiency. This equates to a power output of 144 hp and 139 lb-ft of torque that’s fully available at 3,800 rpm.

This gives the C-HR fuel economy statistics that are essentially on par with its major competition despite lacking a turbocharger. Its official NRCan figures are 8.7 L/100 km in city driving and 7.5 on the highway; I saw 8.7 after a week of roughly 50/50 city and highway driving, but I don’t tend to try very hard. However, the lack of turbocharger also means it’s missing the characteristic peppy low-rev pick-up that’s becoming ever more the norm in small SUVs. This isn’t helped by the continuously variable transmission, which feels slow to react and has a reverberating quality to it that transfers into the cabin, along with more road noise than average. Compared to other cars in its class, the C-HR simply isn’t as fun to drive, which is unfortunate in a vehicle with quirky and spirited looks as a primary draw.

More importantly, sending power to all four wheels is simply not an option. While the case can be made that a good set of winter tires and a quality traction control system are more important factors in winter driving, enough Canadians are convinced that they need all-wheel drive for this to be a major sales deterrent. 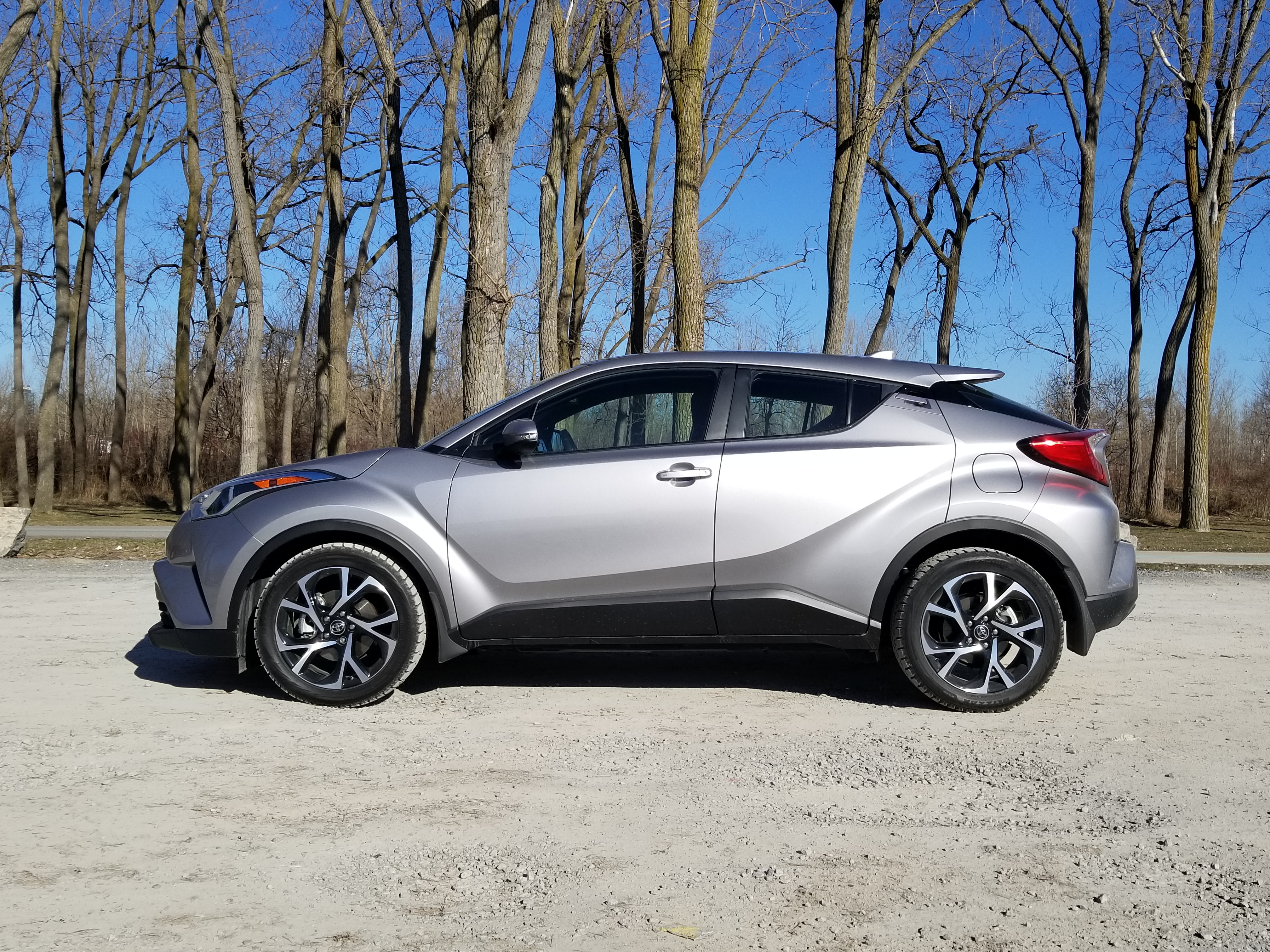 If you’ve ever seen a C-HR drive past, you definitely haven’t missed it. Its haunches on steroids, angular accents, and optional two-tone paint job leave no room to mistake it for any other vehicle on the road.

However, very little of this quirkiness translates to the inside. There’s a diamond motif happening on the roof and door accents, but the interior otherwise looks very much like that of any other small car. That said, it is well laid-out, and the piano black accents are a nice touch. Still, it would be nice to see some more colour. When you’re aiming to be this different, go big or go home.

The bigger design concern for families comes in the back row, where it’s not only tight quarters but the space is very dark. With no sunroof available and tiny rear windows that crest upward across the back door, all of my second-row passengers – even the older ones – report that they can’t see much at all.

There are a few things to appreciate here. The front seats are reasonably comfortable and come heated as standard, as do the exterior mirrors. (There’s no heated steering wheel, though.) The cup holders are all very deep, so they keep drinks nicely secure (in fact, a tall Starbucks coffee takes a moment to pry out). There are similar cup holders mounted in the rear seat door armrests as well, which is great for keeping things within reach of younger kids. And all four windows have power automatic up and down at no extra cost.

The C-HR’s infotainment system may not be the most capable on the market – it lacks Android Auto and Apple CarPlay functionality, SiriusXM, and navigation – but full kudos to the Toyota design department for being willing to forego visual symmetry to make the system easier to use from the driver’s seat. All of the buttons and controls are lined up down the left side of the screen, removing the need for shorter drivers to lean over to put them within reach. While it may lack some bells and whistles, the phone interactivity that is there – phone calls and quick text message responses – is easy to negotiate while driving. 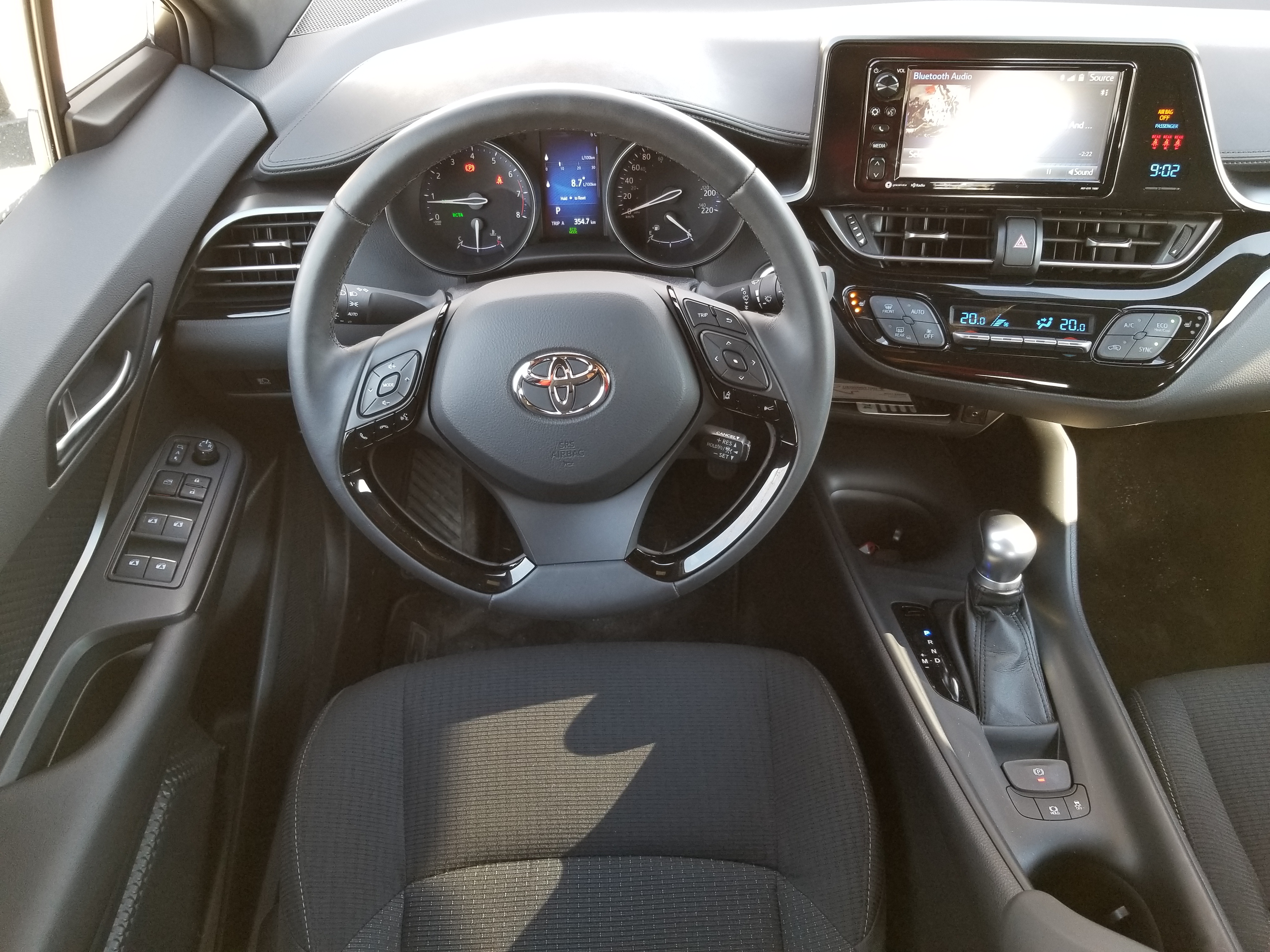 Including plenty of desirable safety features at affordable price points is one area where Toyota currently excels.

At the base price, Toyota Safety Sense P is standard, which is a suite of safety features that includes a forward collision detection system with emergency braking and pedestrian detection, active cruise control, lane departure alert with steering assist, and automatic high beams. Add on the premium package, and blind spot monitoring is included as well.

There is a standard rear-view camera, but it’s quite different in that it’s mounted into the rear-view mirror instead of the infotainment screen. On the one hand, the rear-view mirror is where a driver’s eyes should naturally go when reversing anyway, and it’s nice to have the camera available should you find yourself reversing before the infotainment system has finished its start-up. I found it small and grainy, though, and never quite got used to it. Perhaps more time with it would have helped.

Is the Premium Package Worthwhile?

If you’ve decided that the C-HR is for you, the premium package offers good value if you can swing it. For $1,600, it upgrades the standard 17-inch aluminum alloy wheels to 18-inch and adds the aforementioned blind spot monitoring plus a push-button start, smart key fob, and cute little C-HR puddle lamps that greet you from the package’s power-folding mirrors as you approach.

When it comes to characteristics such as dynamics and all-wheel drive, there are plenty of options out there. However, few of them have quite the degree of self-expression that the C-HR does. If you just can’t help yourself, go ahead and spec it out in Radiant Green Mica with a white roof. We won’t judge. And given Toyota’s record for reliability, you’ll likely be able to enjoy it for years to come. 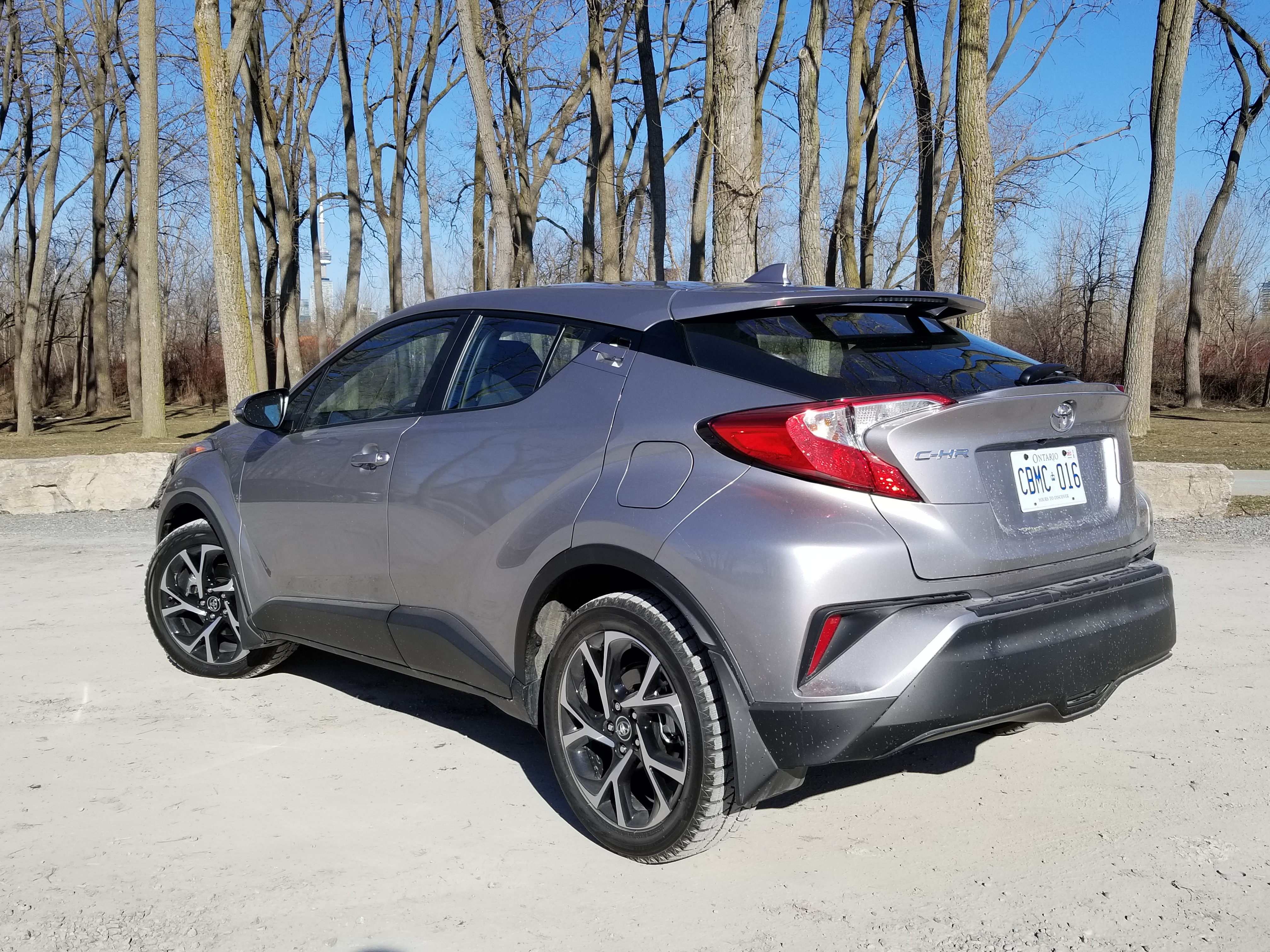 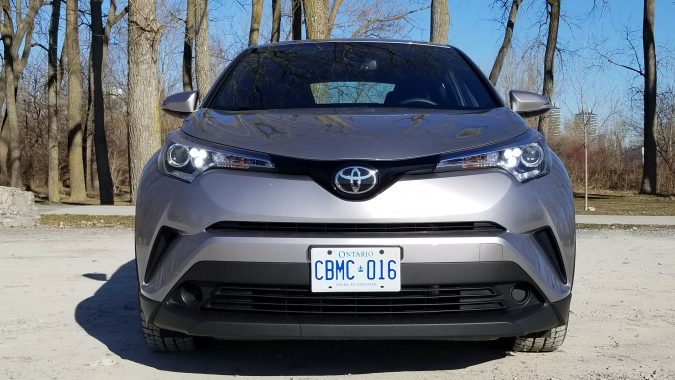 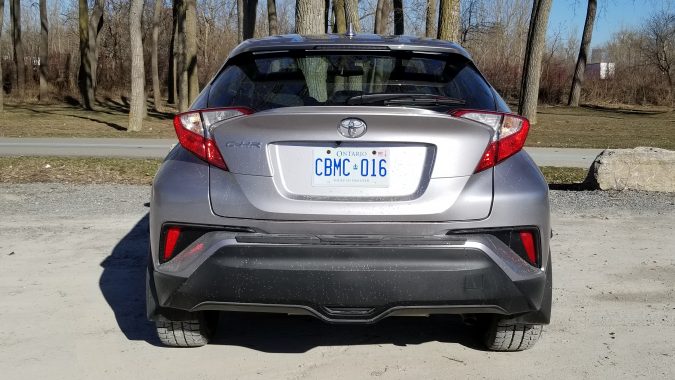 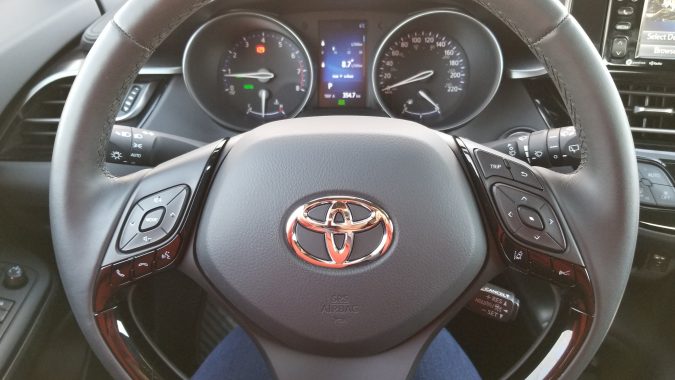 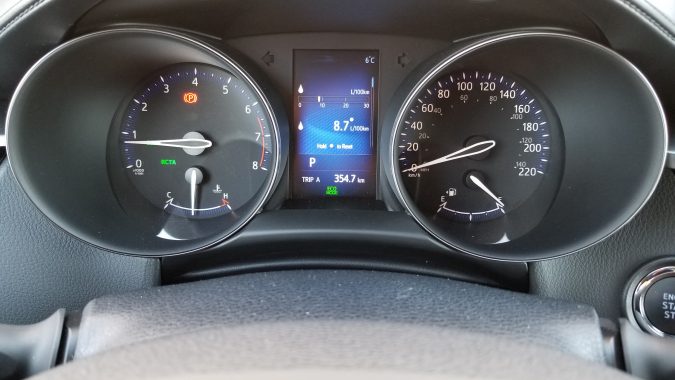 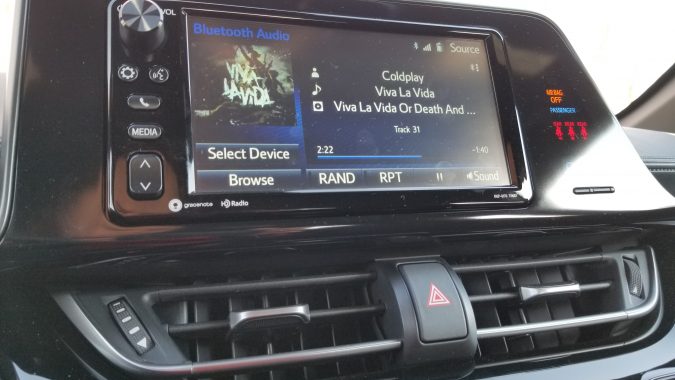 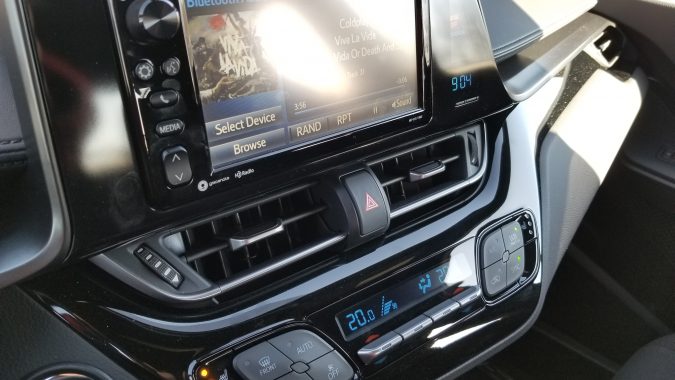 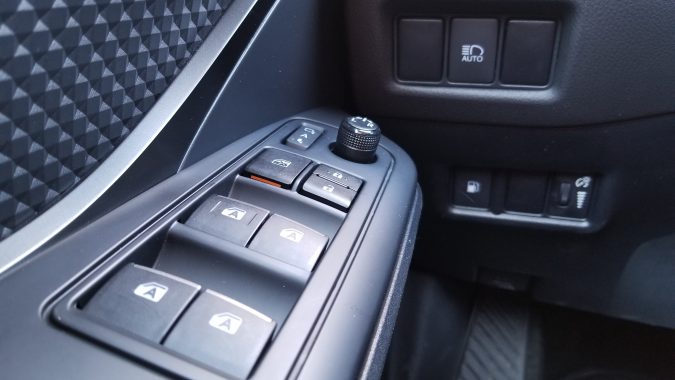 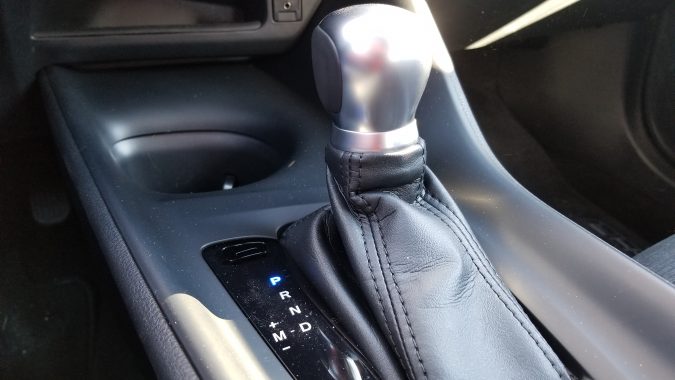 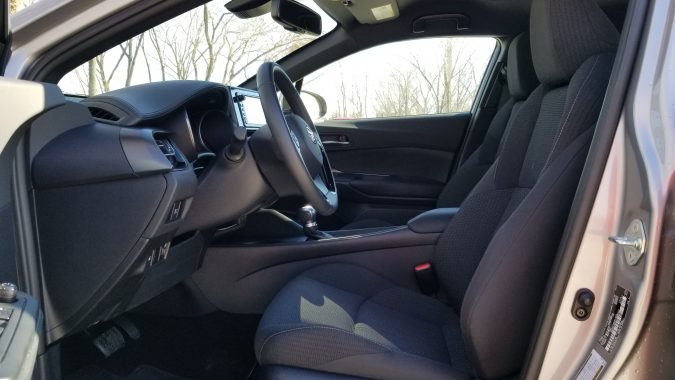 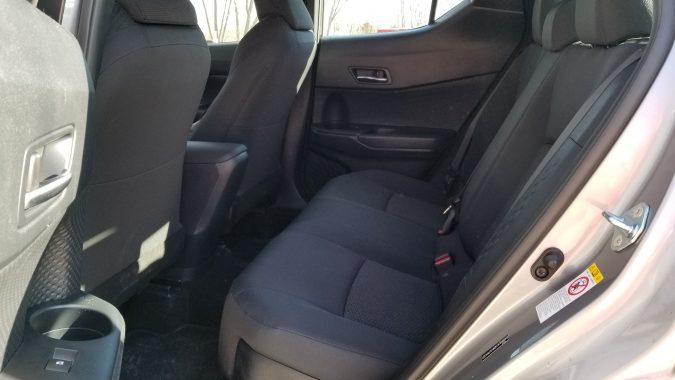 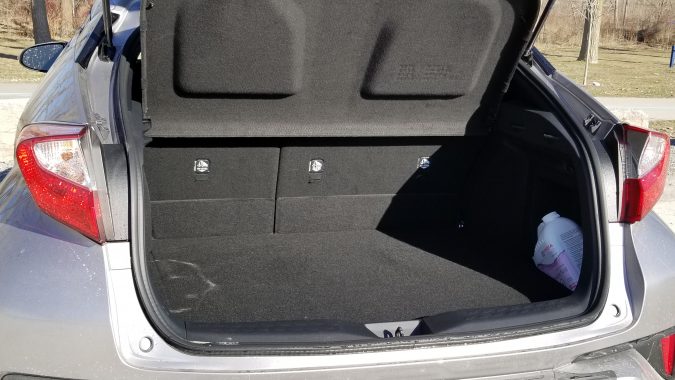 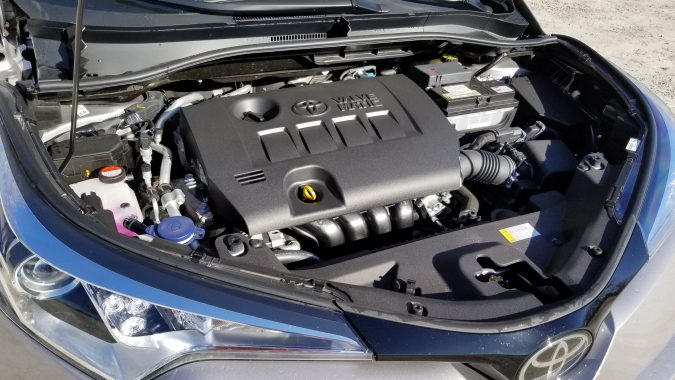