Don’t forget about me.

If one car had to be chosen to symbolize the decline of passenger car sales against the rising tide of SUVs in North America, it would be difficult to not to vote for the Cadillac CTS.

And the situation is no better in Canada, where the CTS ranked second last in Cadillac’s lineup with only 565 sold in 2017. Only the CT6 fared worse (352).

Things are unlikely to improve much in the short-term either, given Cadillac’s desire to grow its SUV lineup, a process that will get underway in earnest when the 2019 XT4 CUV goes on sale this fall.

With that said, the sales figures bely what is still a very good car, as I’ll explain.

The CTS, first introduced in 2002, is now in its third generation which was all-new in 2014. Cadillac has sprinkled in cosmetic updates in the years since to keep the car fresh, with a new powertrain option (3.6L V6 with an 8-speed automatic transmission) coming online in 2016. 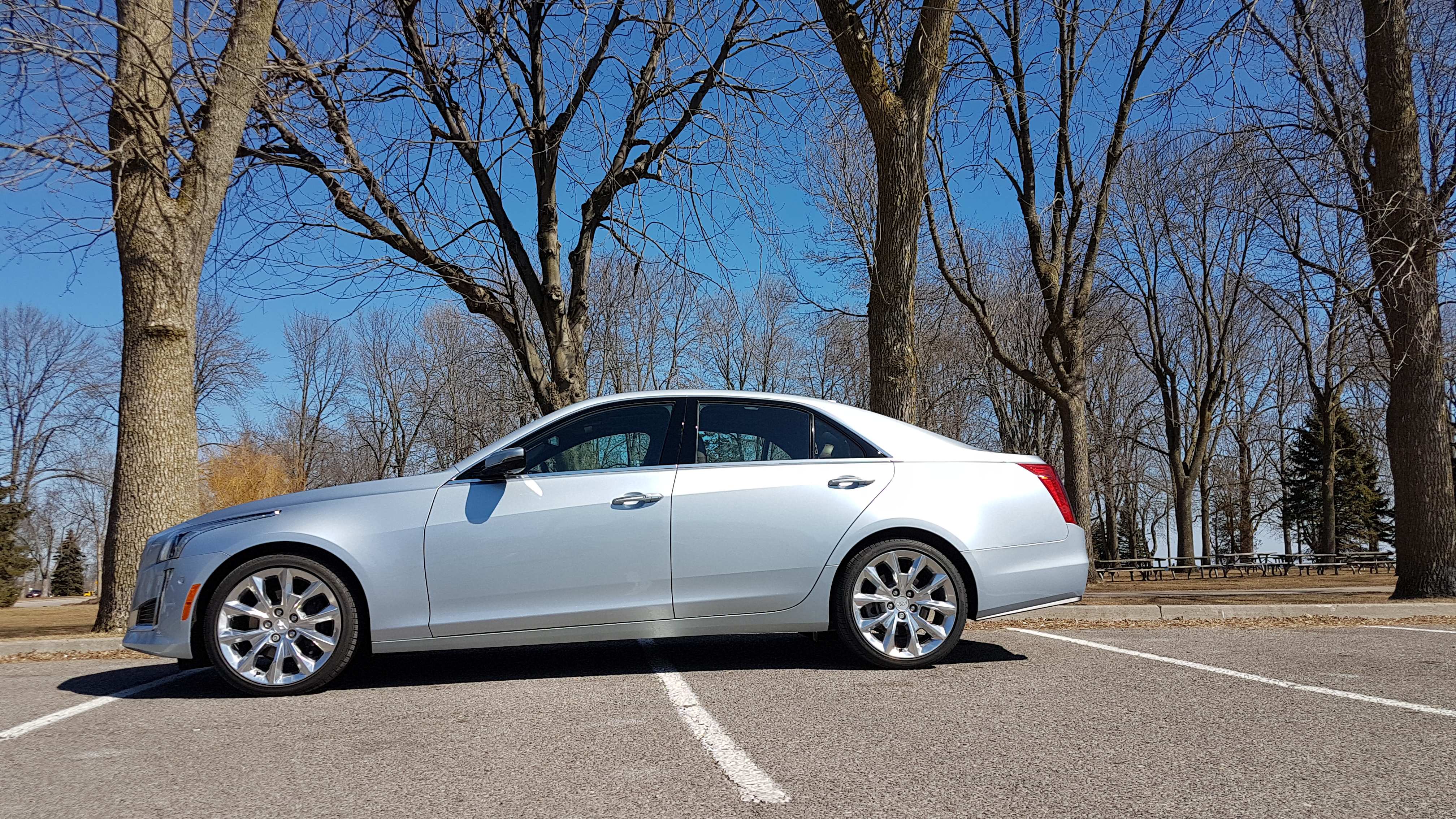 Interestingly, the CTS is available in RWD and AWD across most of the model range, with the only exception being the range-topping V-Sport, which is RWD only.  The focus of this review is an upper-level model, the Premium Luxury AWD.

When I first reviewed the current-gen CTS in early 2014, I noted how the car’s aesthetic had become more sophisticated and refined. Gone was the edgy, early-2000s, ‘hey-look-at-me’-ness, and in its place was a more elegant and richer luxury ethic.

In short, it felt to me like the CTS had matured over time and, after four years, that perception remains.

The CTS has aged well – its simple creases and lines look as contemporary now as they did four years ago, and while there’s nothing revolutionary about its styling, it still fits well with Cadillac’s upward brand ascent.

The large grille, sleek LED headlights and hood powerdomes give the CTS a commanding presence from the front, while not appearing overwrought or gimmicky. Similarly, the car’s sides and flanks bulge just enough to yield a commanding road presence, but the lines are graceful, not jarring, and it’s the same story at the rear, where the vertical LED tails and squarish exhaust finishers tie it all together.

I’m old enough to remember when Cadillac design meant wire wheels, tacky hood ornaments and acres of chrome, so it is sometimes amazing to see just how much the brand has evolved. Lessons learned, indeed.

On the inside, the CTS offers an inviting cabin that is replete with a long list of standard and available kit.

Much like the exterior, the cabin of the CTS is easy on the eyes and well-finished with a nice mix of soft and medium-touch trim materials, from the leather seats to piano black plastics in the centre console to the brushed metallic accents sprinkled throughout. Give Cadillac its due for understanding the significance of these details for a luxury brand and getting them right. All of it is nice to look at and is pleasing to the touch.

In all, it’s a lot of stuff, much of which I’d probably forego if I were spending my own money, although the 20-way adjustable performance front bucket seats are among the most comfortable I’ve ever experienced – they alone make the technology package tempting. 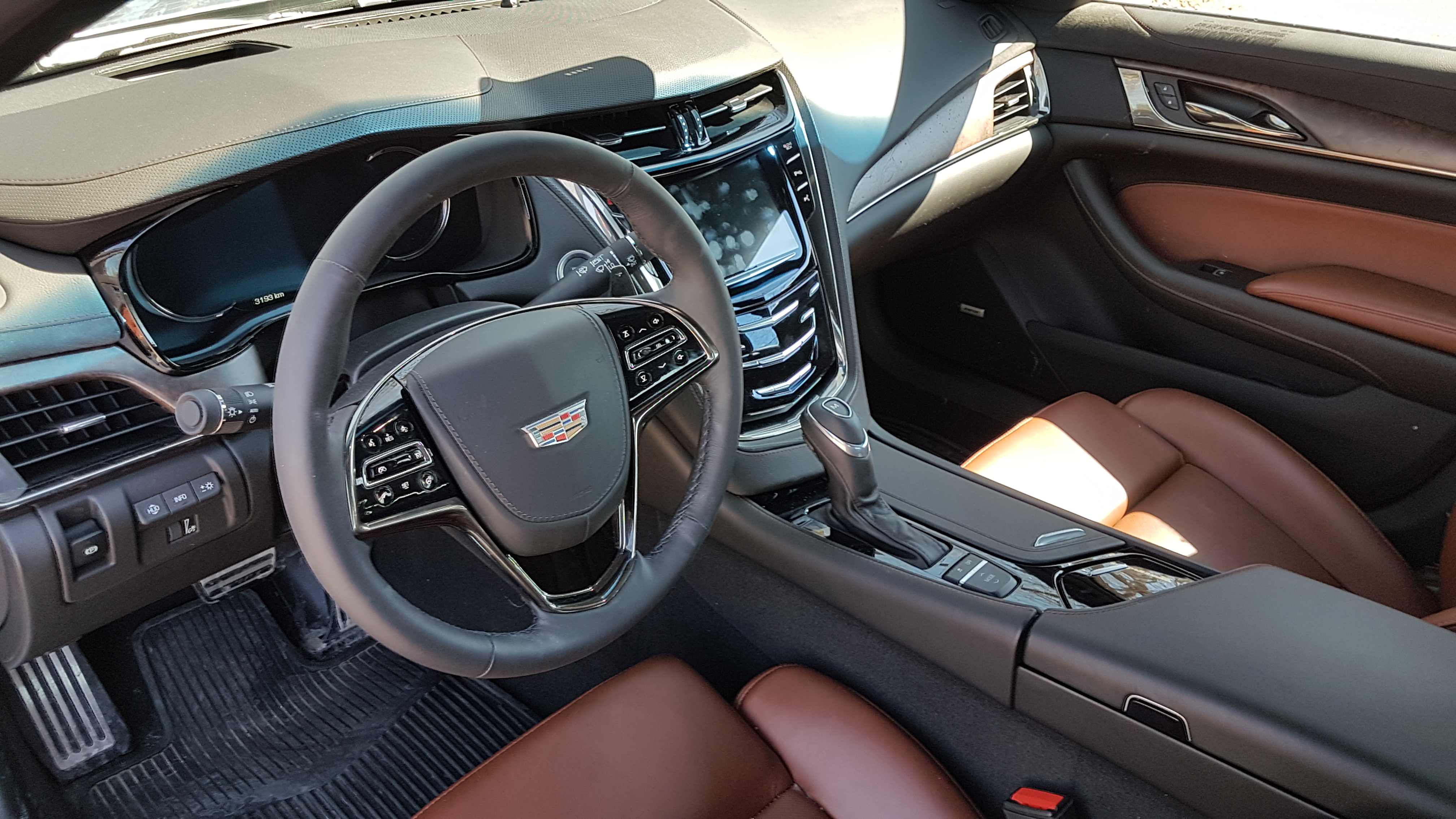 Among other thoughtful touches are the motorized cup holder cover, cell phone charge tray and centre console storage that also comes equipped with two USB ports. These are details, I think, CTS owners will appreciate.

Before moving on, I’d be remiss if I didn’t mention the Cadillac User Experience (CUE) system that governs the multimedia touchscreen and the thin-film transistor (TFT) instrument cluster. The system has been extensively updated for 2018 model year Cadillacs with improved graphical resolution and deeper levels of customization, along with smartphone integration via Apple CarPlay and Android Auto.

The haptic feedback from the touchscreen is something I got used to quickly, but the absence of hard keys in the centre stack below for climate control functions rankles, as the touch controls still aren’t as intuitive to use as buttons, plus they – like the touchscreen – are constantly getting covered in fingerprints. The responsiveness of the system is impressive, however, and the basic functions (navigation, Bluetooth, stereo, etc.) are relatively easy to use.

Under the hood, my tester is powered by a 3.6-litre naturally aspirated V6 that produces 335 horsepower and 285 lb-ft. of torque, which is paired with an 8-speed autobox and all-wheel drive.

During my time with it, I drove my tester to Detroit and back for a press event and during that lengthy drive a few things occurred to me.

First, the CTS is an ideal highway cruiser. It offers a quiet and comfortable ride that’s well suited for long trips, the smooth and powerful V6 provides plenty of mid-range torque to get past slower vehicles, and its cylinder deactivation returns pretty good fuel economy (10.6L/100 km average).

Secondly, for as much technology as the CTS has, it’s quite easy to use and you don’t feel overwhelmed by it. This is not always the case, as luxury brands sometimes treat technology like an arms race and just pile it on without much regard for ease-of-use.

Lastly, the CTS is fairly expensive as equipped. At a shade under $77,000 before taxes, it costs more than the Audi A6, the BMW 540i and the Mercedes-Benz E 400. Even its base MSRP of $66,600 is steep considering its intended competition.

Given its sales struggles, the big price tag is a bit of a headscratcher. Sure, the base 2.0-litre RWD CTS starts at $50,000, but that’s not where the bulk of the car’s sales volume – such as it is – resides.

Despite a questionable pricing structure, and an uncertain future there’s a lot to like about the CTS.

I’m just not sure it’ll be enough. 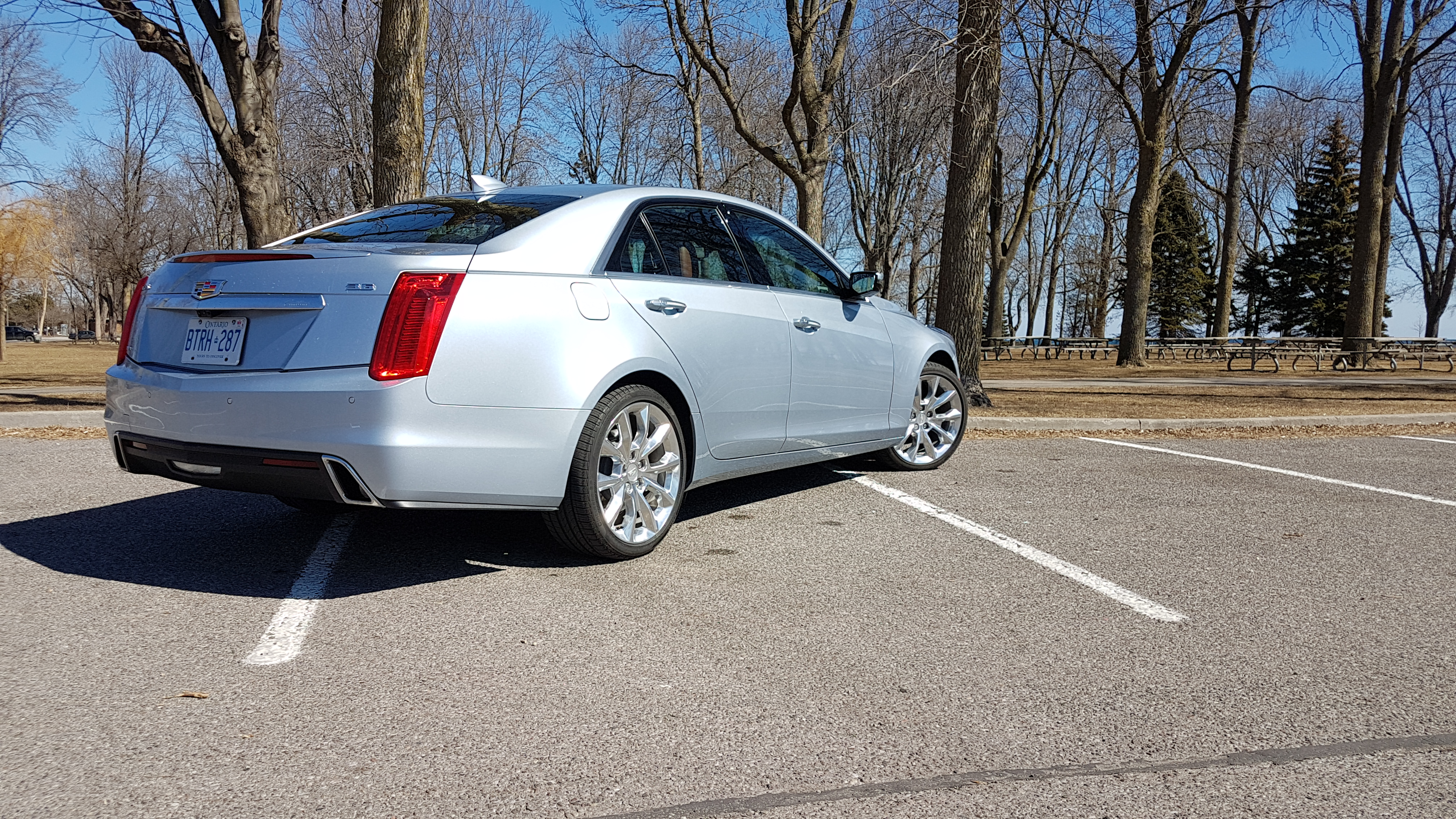 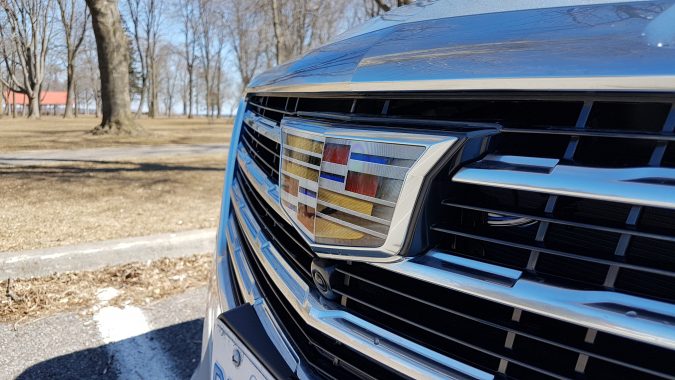 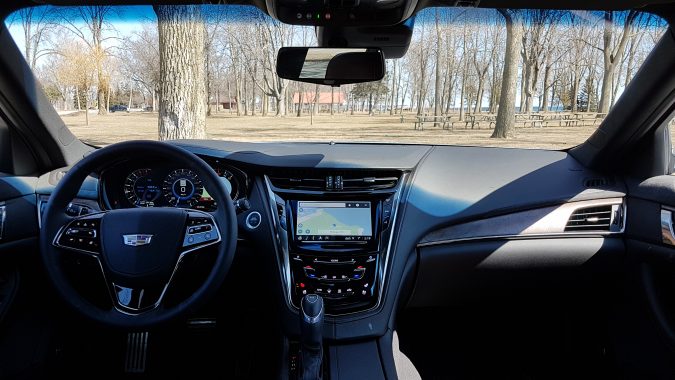 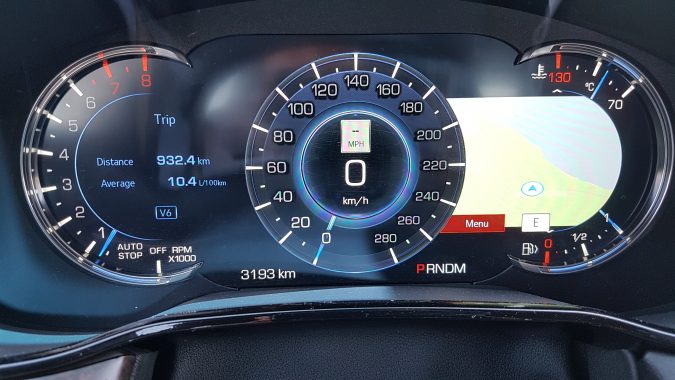 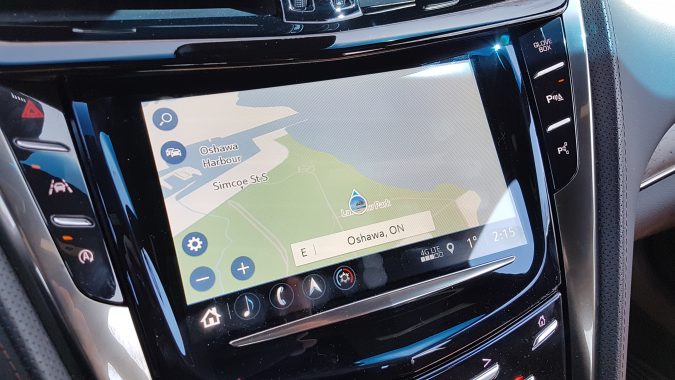 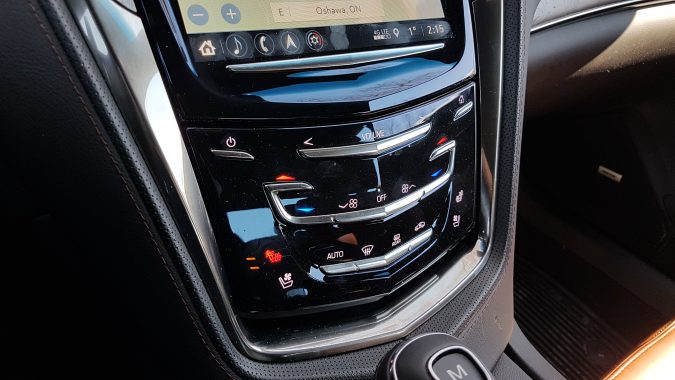 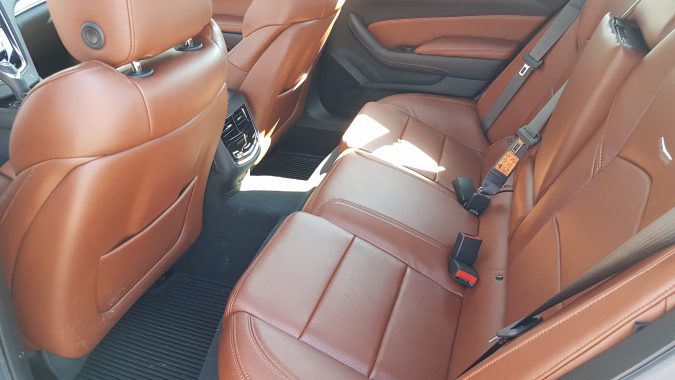 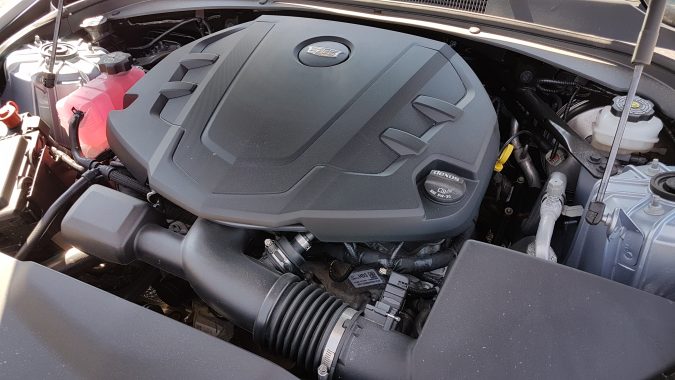