Puts the sport aspect back into a utility vehicle by dialing in drive modes with enhanced off-road capabilities.

Land Rover’s SUVs are known for their off-road abilities, and also their boxy design. In an urban environment, the last thing you want to do is maneuver a chunky, boxy truck around construction cones or through an underground parking garage.

So, they brought us the Evoque in 2011. With a compact-for-a-Land-Rover shape, the Evoque has been a hit for the company ever since. It fit right in with city life, but featured the company’s cred for tackling off-road adventures.

Five years on, the Evoque is still a hit. Some say it looks like a punk wearing a backward-facing ball cap, but that’s the point.

For 2016, this SUV receives minor exterior upgrades, including LED headlights to help you get a clearer vision of where you’re going. 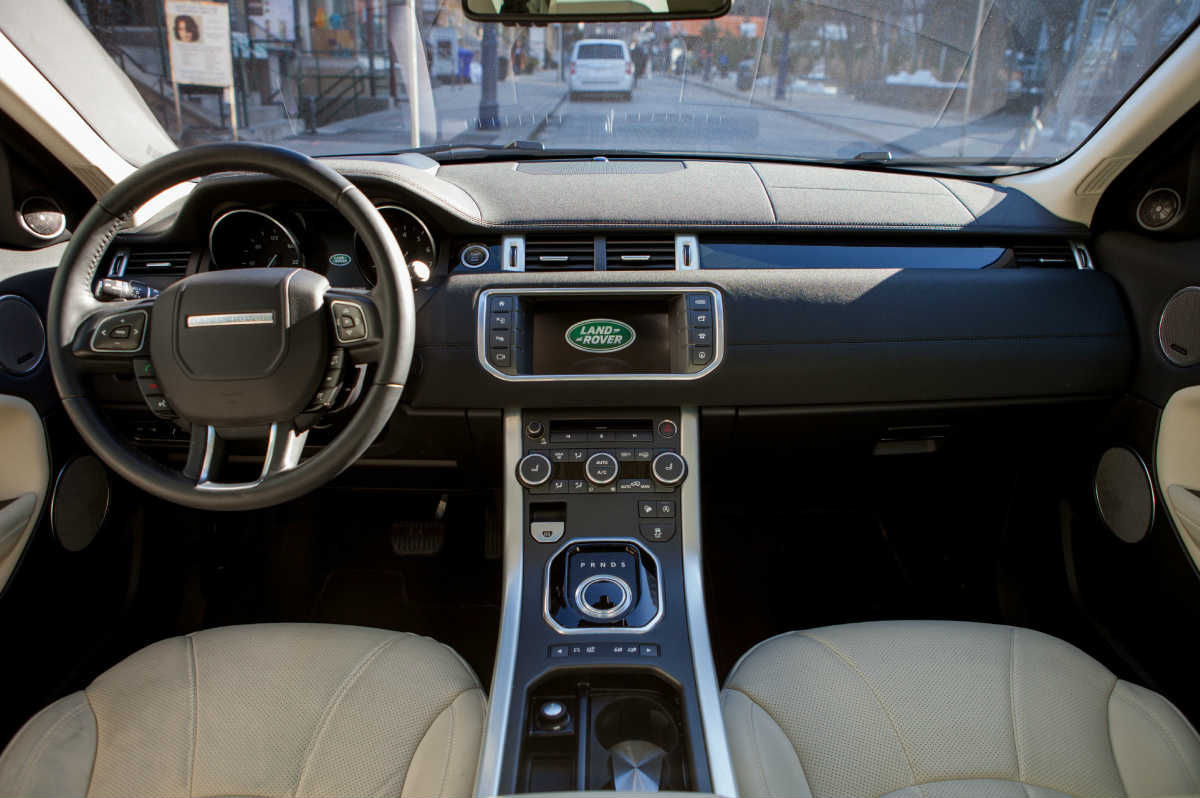 The biggest changes can be found inside. The seats, door casings and infotainment system have all been updated for 2016. That last aspect is an important one – more on that in a minute.

The dashboard and centre console exude a tone of understated luxury. It’s not calling out for excessive attention, like the guy wearing bright orange shoe covers on a snowy day.

Actually, it’s a green cabin too. Almost 1,000 recycled plastic bottles are used to make the console, headliner and other trim pieces.

All seats are comfortable and the tester came with massaging front chairs – a feature I enjoyed after playing soccer for an hour.

The upgraded Meridian sound system has 11 speakers and is one of the best-sounding car audio configurations out there.

And then, there’s the infotainment system, which was updated for 2016. If there’s a disappointing aspect with the new Evoque, it’s this. The 8-inch unit looks nice and it’s not confusing, but at times it struggles to keep up with driver inputs. There’s lag, voice commands must be broken up into specifics, and I could never get it to copy over my phone’s address book.

There’s only one USB port in the base model – something that’s unlikely to go down well if your kids are in need of a charge between extracurriculars, though there are auxiliary power sockets.

Whatever all that means, just know that it’s tough to unsettle the Evoque.

During one of our rare snowfalls in Toronto this winter, I put the Evoque into Grass/Gravel/Snow mode and took on the white-covered streets with ease. Only a Quattro-equipped Audi kept up as I made my way down Bayview Ave. on a snowy morning.

The 2.0-litre turbocharged four pot engine puts out 240 horsepower. Coupling it with the nine-speed transmission is a good match here, as it delivers sufficient power for highway passing or city cruising. It doesn’t feel at all underpowered in a vehicle of this size, though it’s not pumping out V6 power. The ride is on the sporty side, but it’s not too hard.

This SUV is for drivers in search of something that puts the sport aspect back into a utility vehicle but not wanting to give up a posh appearance for life the city. 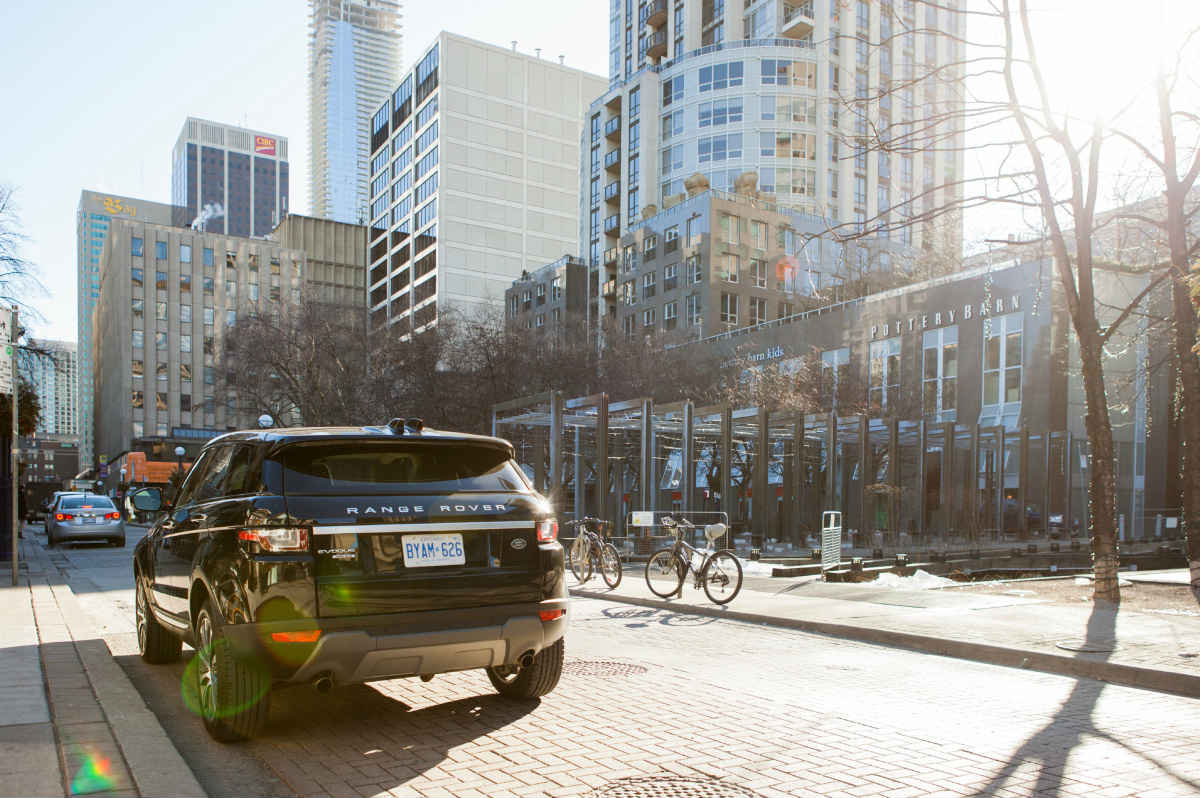 Rating: The best-looking Range Rover drives as well as it looks, but the updated infotainment system should’ve been better. 7.6/10