First Drive: The stylish 2018 Mitsubishi Eclipse Cross is the brand’s third CUV with dramatic new styling and one of the best all-wheel-drive systems in the segment.

LOS ANGELES, CA: Fueled by a new merger with the Renault/Nissan Alliance, Mitsubishi is ready to greatly enhance its position in Canada, starting with the 2018 Eclipse Cross compact CUV.

Mitsubishi likes to call itself the “smallest mainstream car company in Canada”.

But this is about to change.

Backed with the resources Renault/Nissan brings, the new entity is claimed by Mitsubishi to be the biggest vehicle manufacturer on the globe ahead of VW Group and GM.

Next to be introduced in Canada will be the Mitsubishi Outlander plug-in hybrid (PHEV), which basically has no direct competitors and is, in fact, the highest selling affordable compact plug-in hybrid in the world.

During the media introduction of the Eclipse Cross in Los Angeles, my Quebec driving partner said he expects the PHEV to take the province by storm when it arrives early next year. 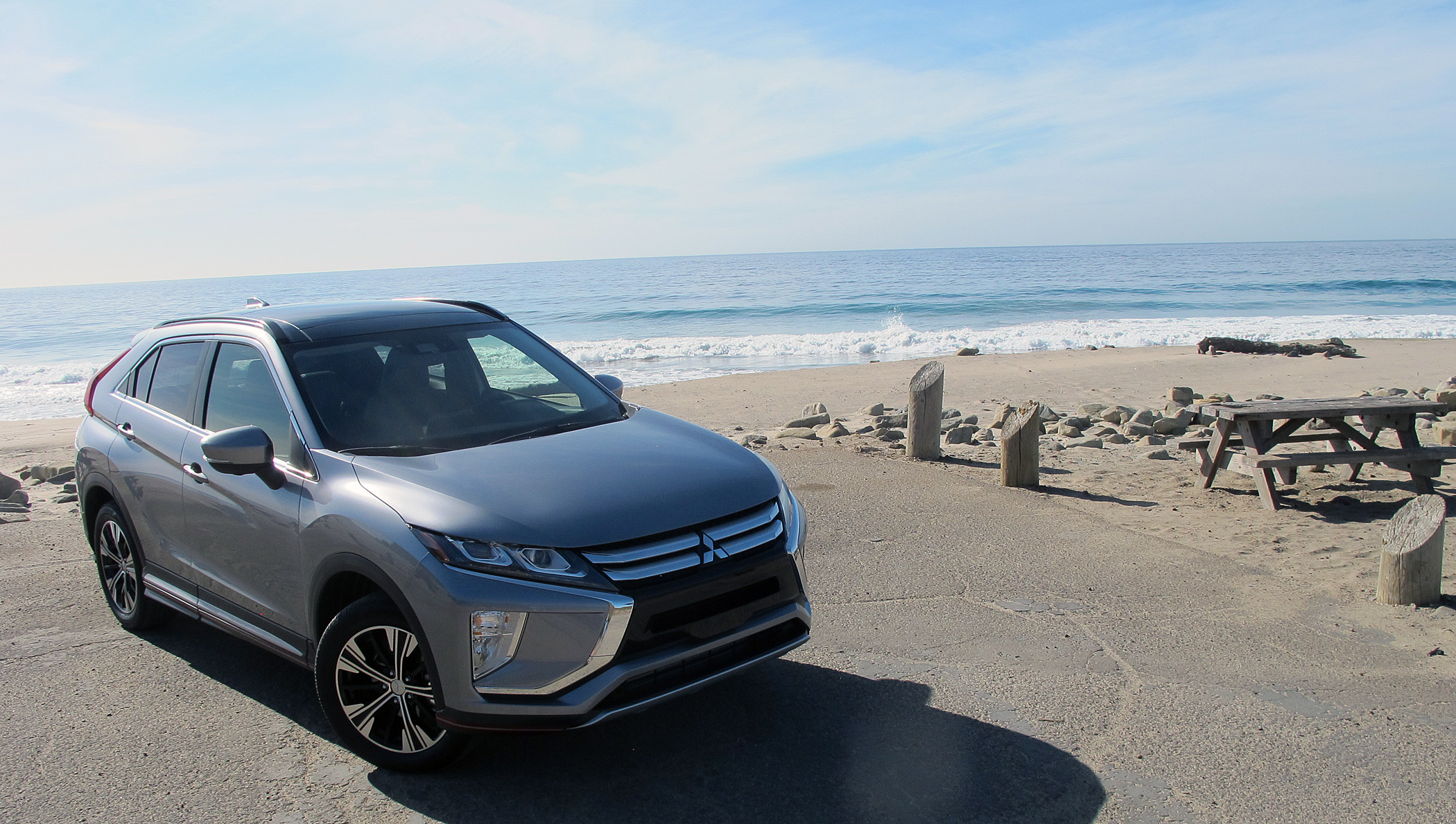 But back to the Eclipse Cross and why it is bound to appeal to Canadians.

Firstly it’s the right size, in fact, slotted in terms of price between the brand’s two other CUVS on the Mitsu showroom floor, the RVR and Outlander.

Basically separated by about $1,000 model-to-model, the new Eclipse Cross is a generation newer both in design and, more importantly, content.

Styling wise, it carries the new “Diamond Shield” frontal styling language with a large blacked-out grille, while at the rear there is what Mitsubishi describes as an “almost cubist” shape with LED taillights mounted high on the trailing edges of the liftgate.

Splitting the back window is a central LED high mounted stop light formed by a single bar of light running across the tail, the idea of giving the Eclipse Cross what Mitsubishi describes as a “broad and stable appearance from the rear”.

The interior looks very contemporary, something the brand has needed for a long time, highlighted by a seven-inch centre stack mounted infotainment touchscreen that supports Apple CarPlay and Android Auto and apps controlled by voice recognition by Google Assistant or Siri. 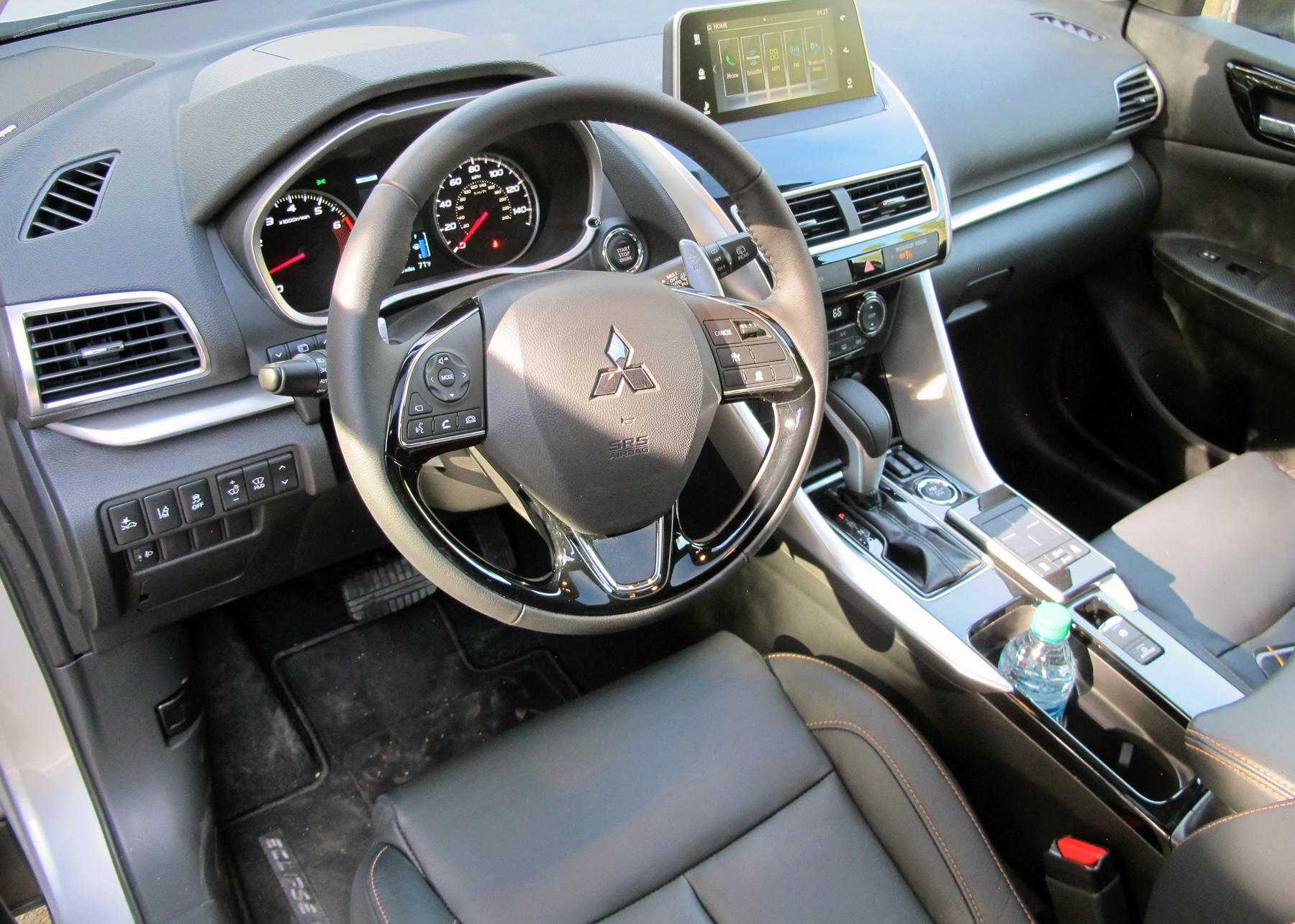 This is bolstered by the smartphone link display with centre console mounted touchpad controller, similar to a mouse, with swipe/tap operation.

But what I found the most interesting was the full-colour Head-Up Display (HUD) that provides information in real time that on some models shows speed, cruise control setting, Forward Collision Mitigation warnings, Lane Departure Warnings and paddle shift gear position.

The engine is more powerful than the current 2.0- and 2.4-litre four-cylinders in the Canadian Mitsubishi model lineup.

Mitsubishi’s proprietary Super All-Wheel-Control (S-AWC) is standard in Canada and what it does is combine Active Stability Control (ASC), Anti-lock Brakes (ABS) and Active Yaw Control (AYC) to distribute driving torque to the rear wheels and between right and left wheels by additional brake force.

The system also integrates braking to control the supply of torque to the left and right wheels, making for increased stability.

To help make the most of this technology, the driver can select from three grip modes (Auto, Snow and Gravel), which are appreciated by Canadian drivers and why Mitsubishi decided to make the system standard in Canada.

The LA/Malibu area of Southern California is renowned for the number of canyon roads leading down from the famed Mulholland Drive to the Pacific Coast Highway.

Here the word “twisties” describing the roads is more than justified and where grip is a big deal — because if you go over the edge, it is a very long way down.

My co-driver and I have done these roads scores of times over the years and we both agreed the S-AWC system lived up to the billing of one of the best in the compact CUV business.

Likewise the eight-step CVT did not need to be driven in the manual mode (and I doubt many ever will), because it was able to deal with varying loads and choose the right gearing.

On roads that are among the best in the world, the Eclipse Cross was never seriously challenged in the power delivery area, although I’d like to see how it fairs over a full-blown Canadian winter.

At times I could hear the engine whirring away as it worked the CVT climbing some grades, but it didn’t sound strained.

Mitsubishi’s challenge will be getting the Eclipse Cross noticed among at least a dozen direct competitors. Mitsubishi will use a combination of styling that sets it apart from the usual form-follows-function look of most of the offerings in the segment, plus content and connectivity CUV buyers don’t just expect, but demand.

Mitsubishi’s new motto is “Drive For Growth” and they’re doing just that with the 2018 Eclipse Cross. 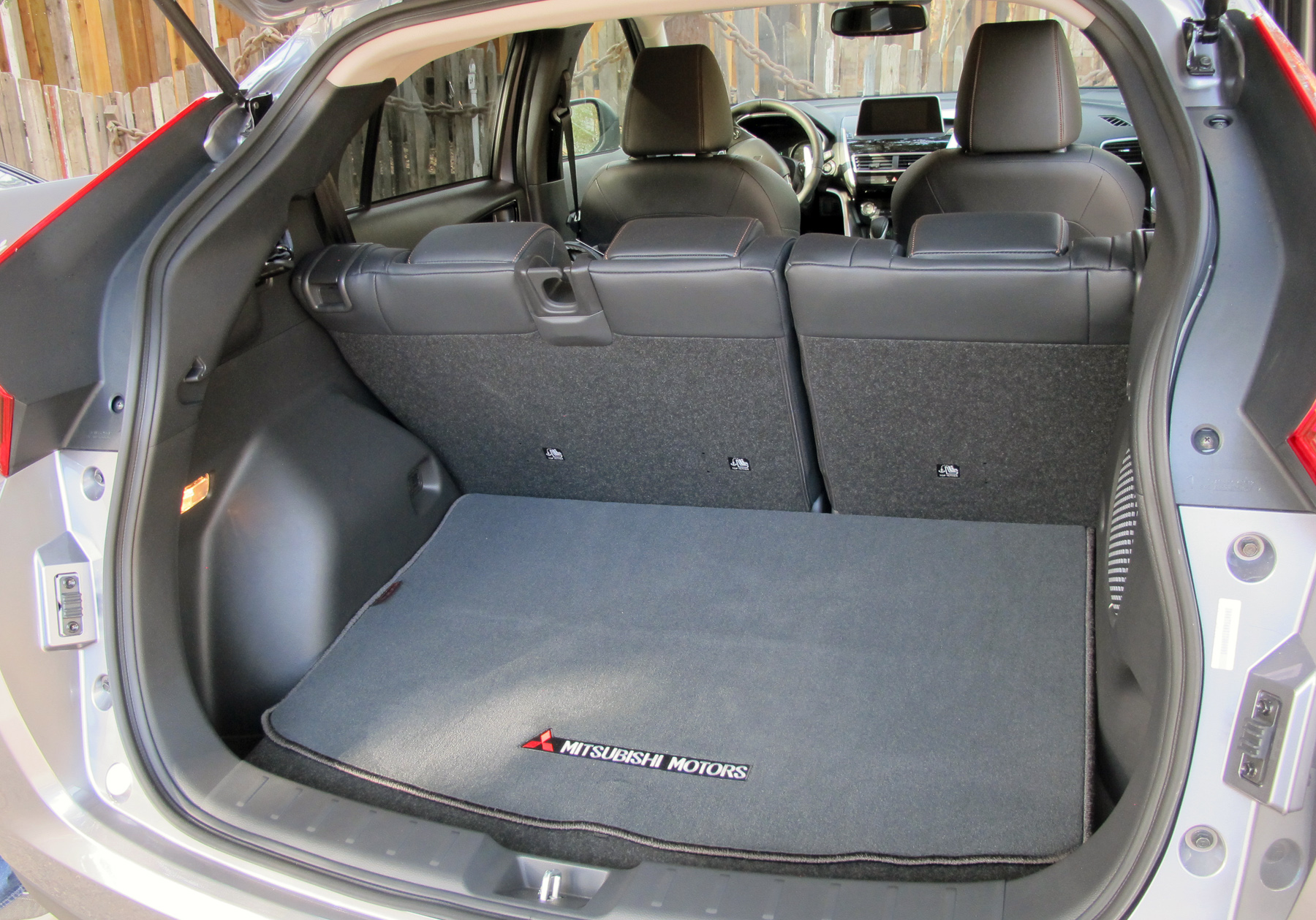 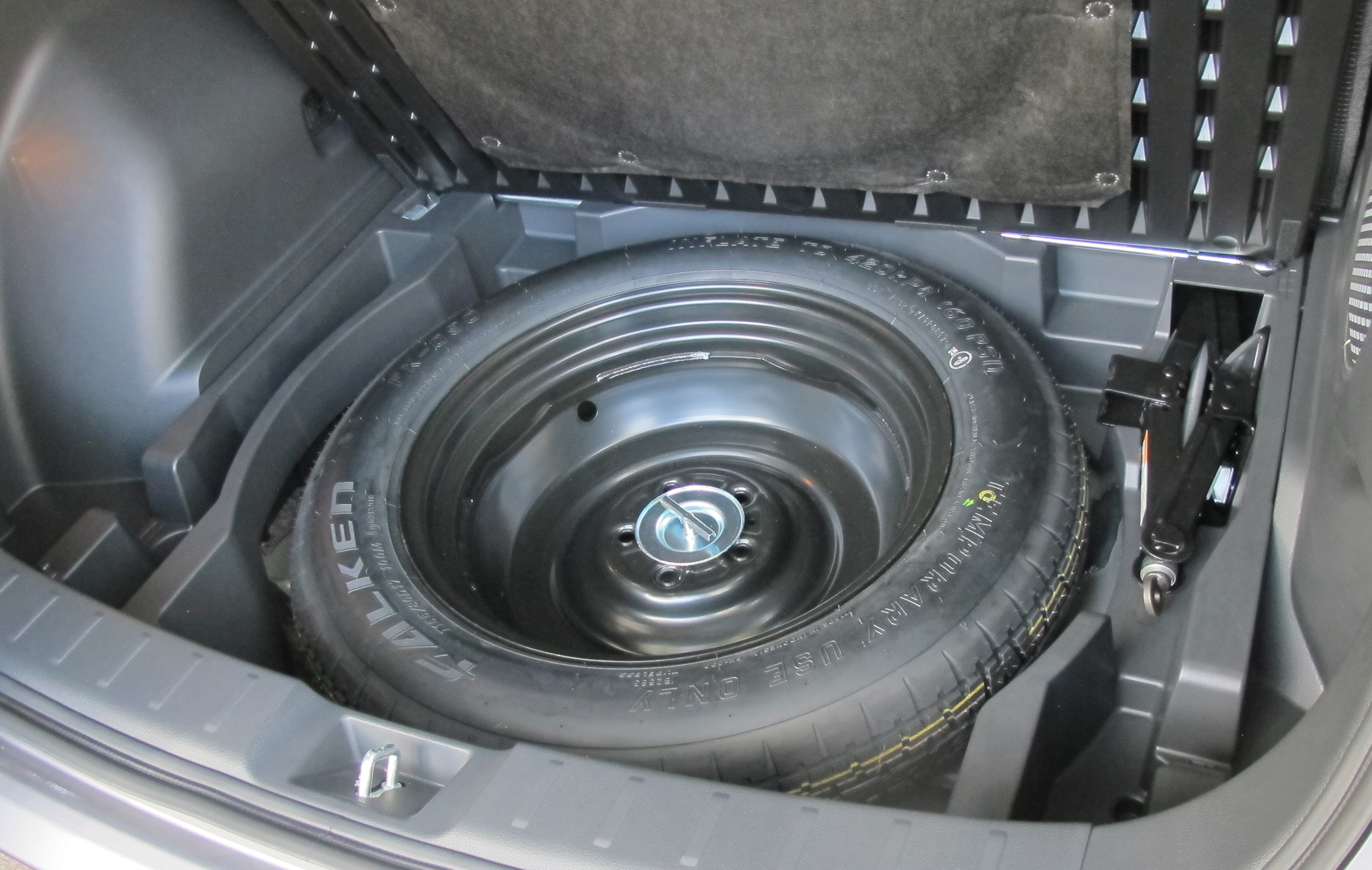 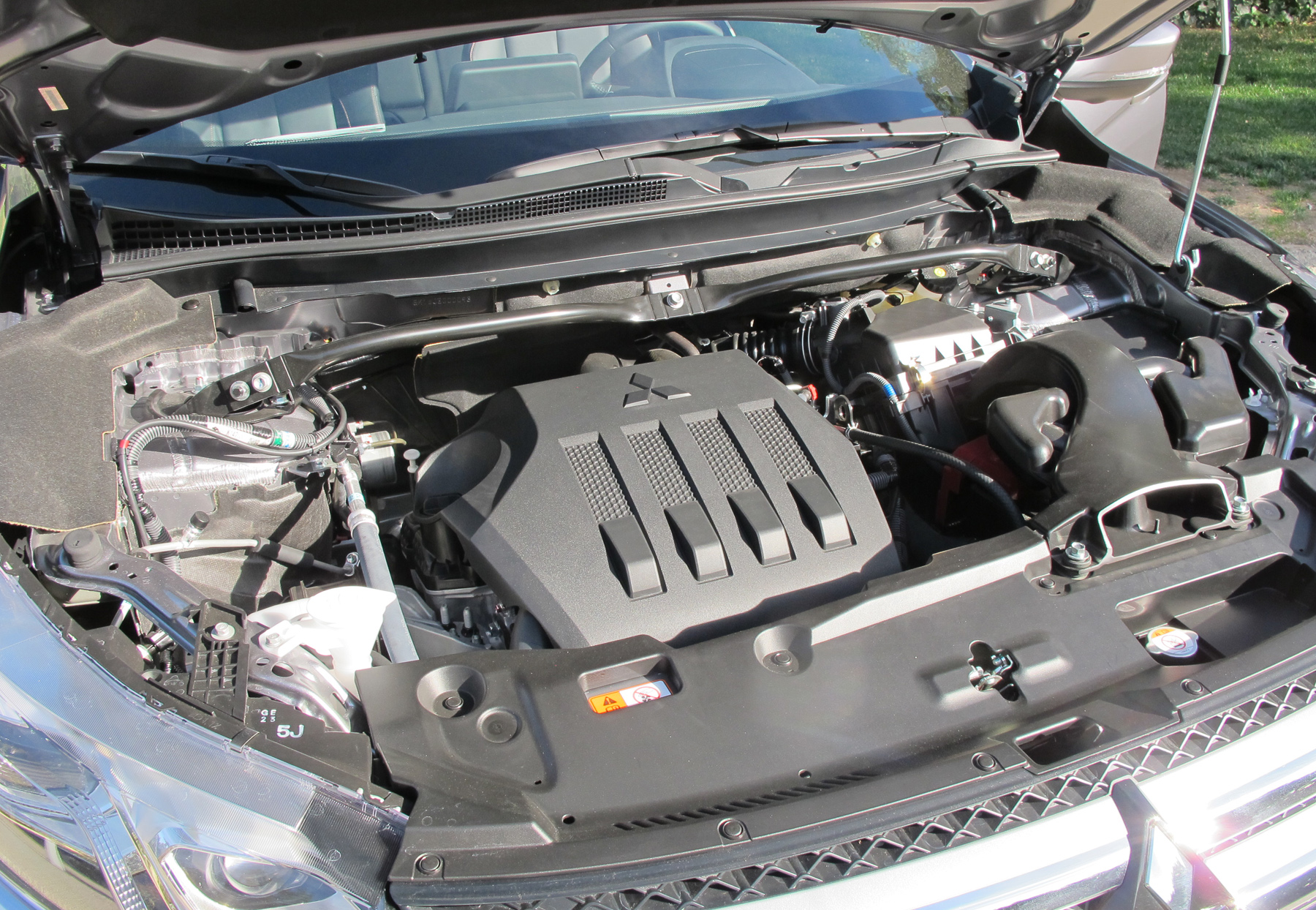 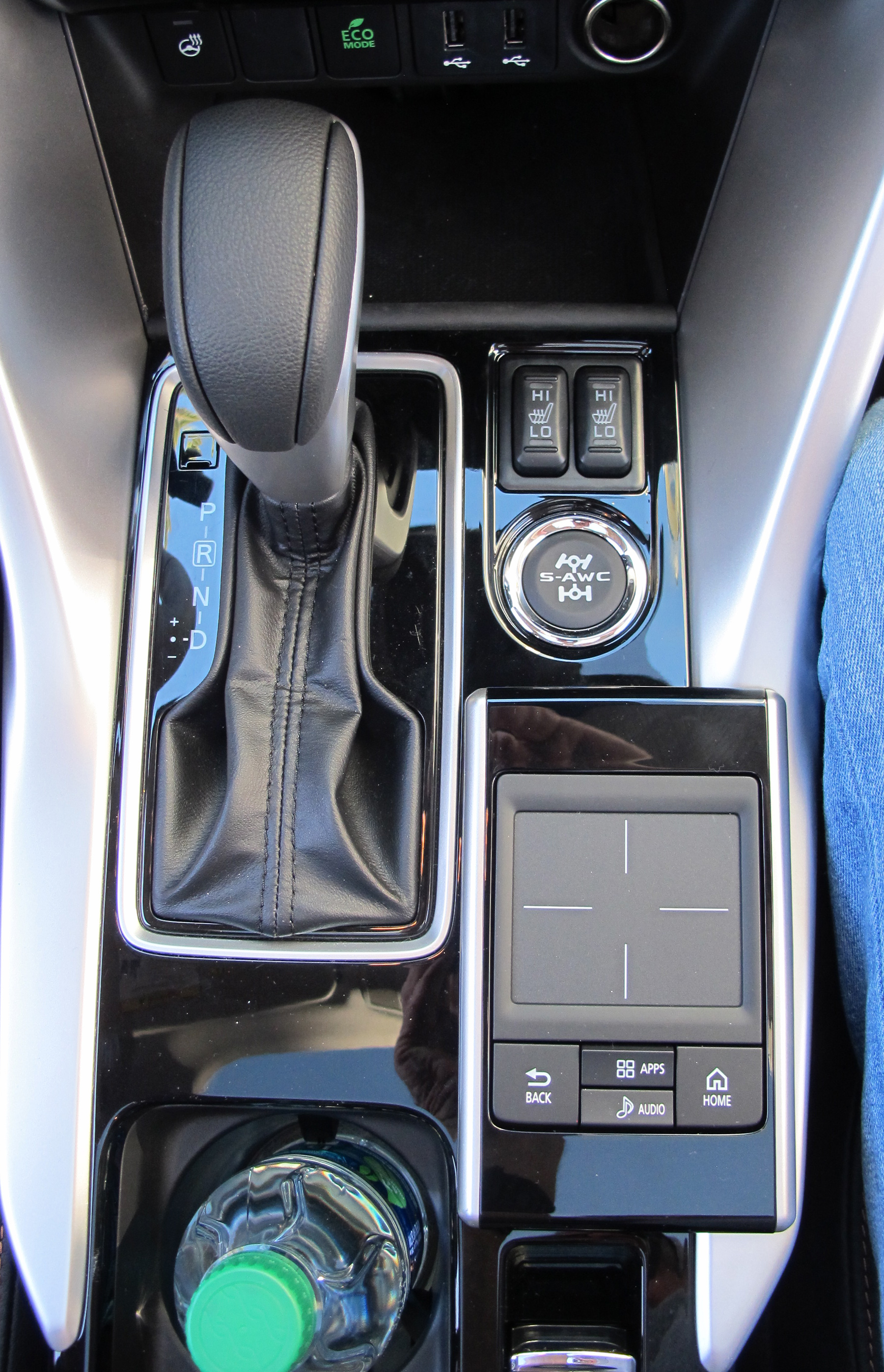