Prius drives into the mainstream

Toyota is planning to bring hybrids “into the mainstream” with the 2016 Prius. Firstly, Prius is a mid-size sedan with comfortable seating for five and sizable trunk, so that nothing or no one is jammed in.

VANCOUVER: Toyota is planning to bring hybrids “into the mainstream” with the 2016 Prius.

Firstly, Prius is a mid-size sedan with comfortable seating for five and sizable trunk, so that nothing or no one is jammed in.

Secondly, it is amazingly frugal with a combined fuel rating of 4.5L/100 km. 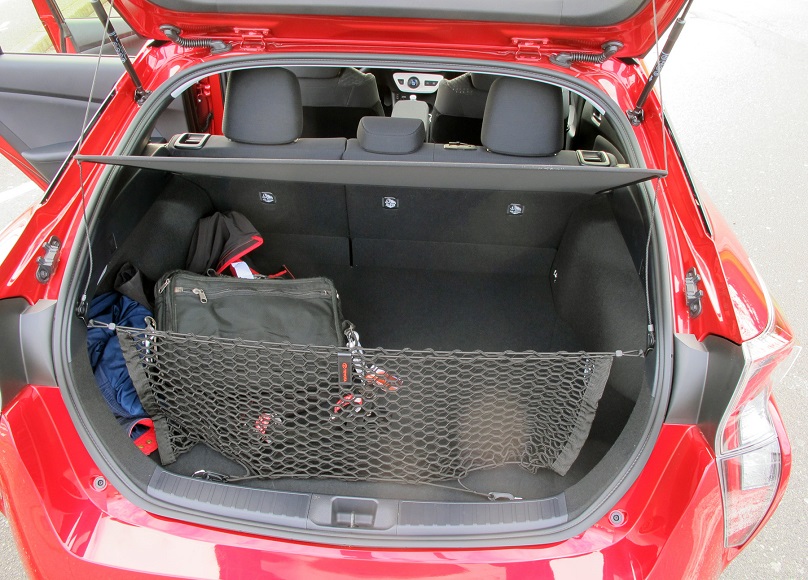 Thirdly, Prius comes with the new Toyota Safety Sense (TSS) on all models except the Base, where it is an option. TSS blends four advanced safety systems – Pre-Collision System with Pedestrian Detection, Lane Departure Alert with Steering Assist, Auto High Beam and Full-Speed Dynamic Radar Cruise Control working in stop-and-go traffic down to a full stop. TSS will be standard on most Toyotas by 2017. 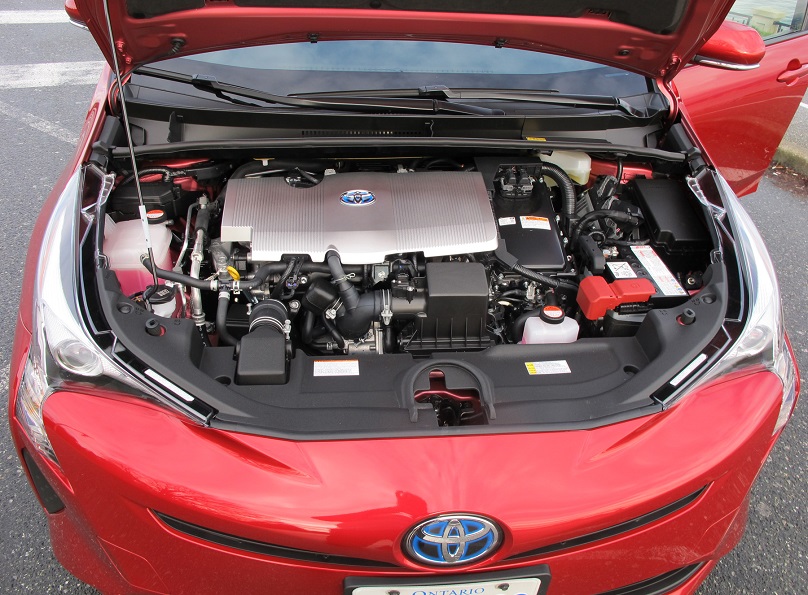 The big difference between the new and last generation is there are two batteries available.

Both batteries are smaller in size and have a flatter shape so they can fit under the rear seat instead of under the cargo floor, freeing up considerably more space. 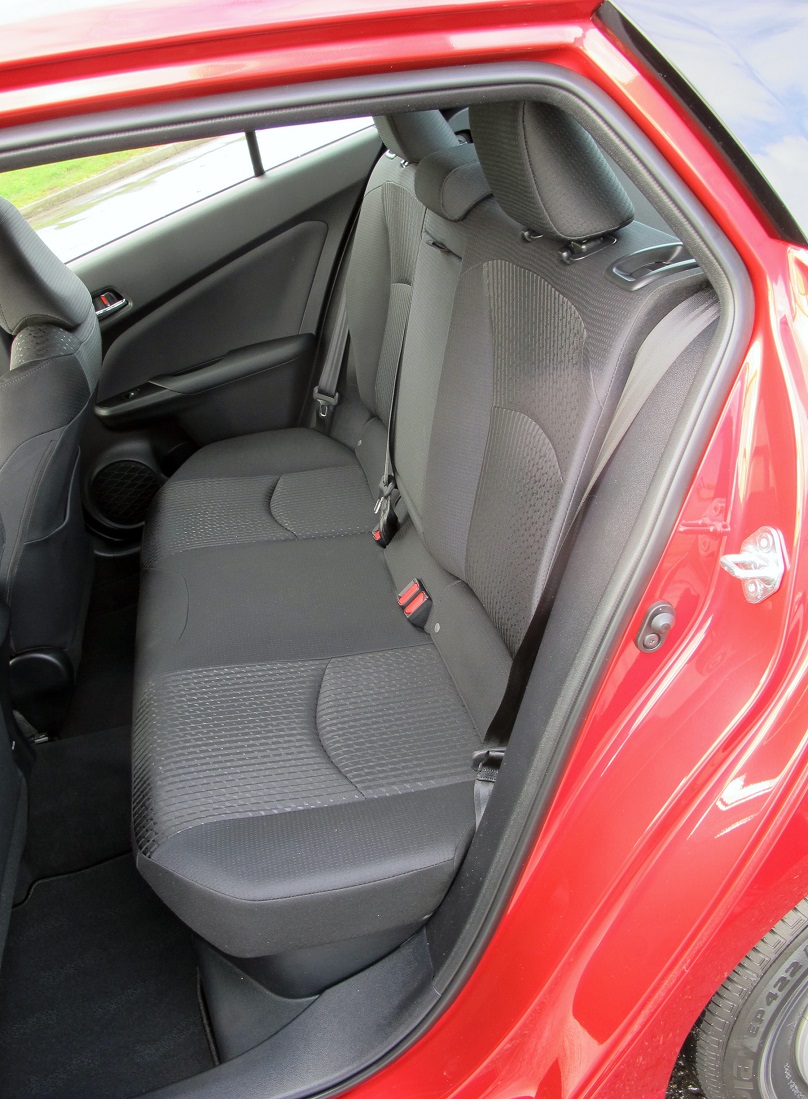 The transaxle is also smaller, allowing the auxiliary battery to be moved into the engine bay.

This system produces a net 121 hp that doesn’t sound like a lot, but then there is the torque with the engine/motor combo. Toyota won’t give out torque numbers, but I’d put it at about 200 lb/ft based on my experience.

Prius retains a CVT transmission, but uses shift-by-wire technology through fingertip movements of the tiny shifter found on the lower centre stack. 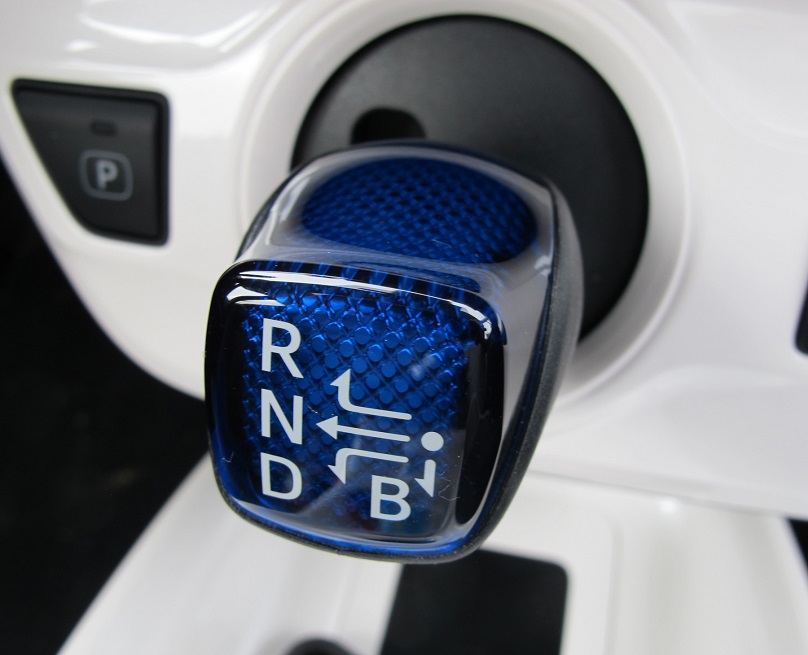 With a drag coefficient of 0.24, Prius is one of the most aero-enabled vehicles on the road, thanks to a myriad of devices such as stabilizing fins on the under-floor covers, plastic air deflecting covers over the alloy wheels, automatic grille shutters, front spats and covers on either side of the fuel tank.

As luck would have it, I was teamed with Daniel Breton, a Quebec autowriter specializing in green propulsion and, for a time, Quebec Environment Minister. 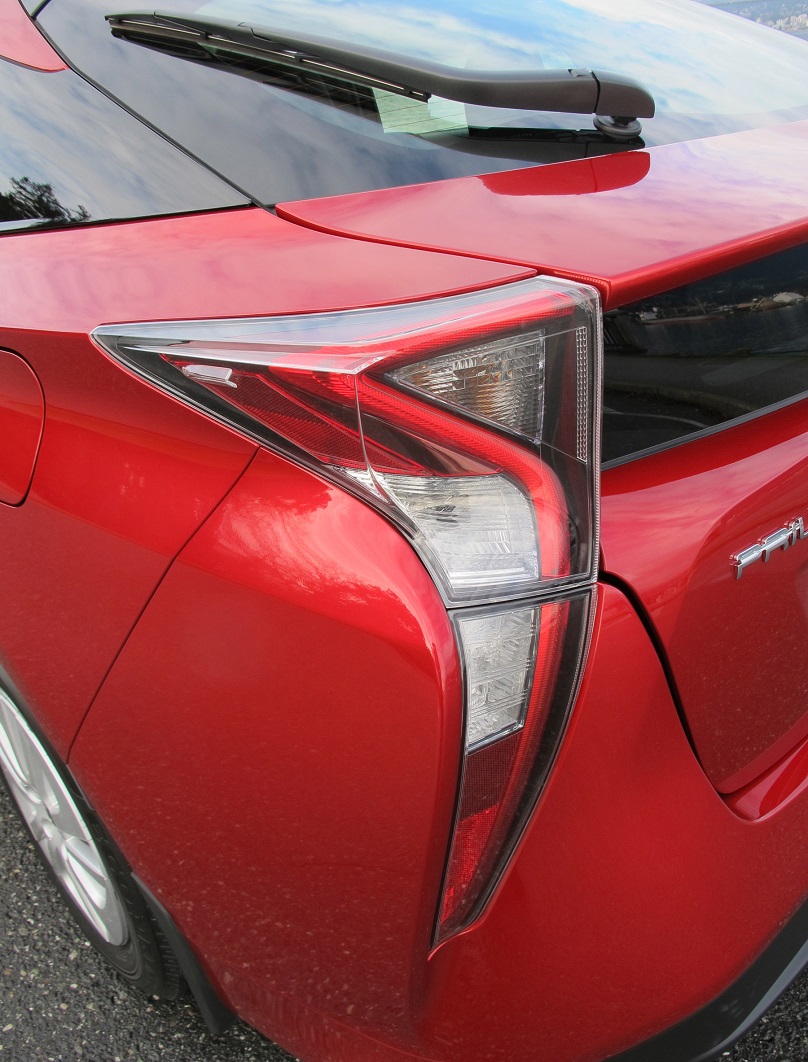 In the real world we averaged 4.6L/100 km over a morning of driving — right where Toyota said it would be.

Most of our time was spent in the Base car with TSS. When the engine was running, it was well muffled with Breton making the most of regenerative braking and using the engine to charge the battery, instead of the more wasteful engine driving the wheels rather than the motor.

Later in the topline Touring we found it to be quieter than the Base with the level of premium equipment making it a very pleasant place to be. 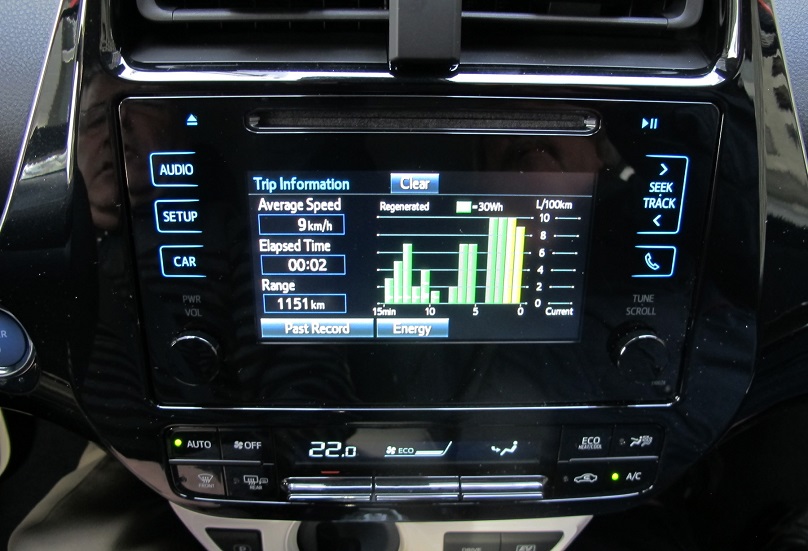 Ride quality is much improved over the 2015 model, thanks in part to the rear double wishbone suspension that not only lowers the car to improve handling, but makes for extra cargo room.

Prius is also one of the first vehicles to use the Toyota New Global Platform that dramatically improves rigidity. 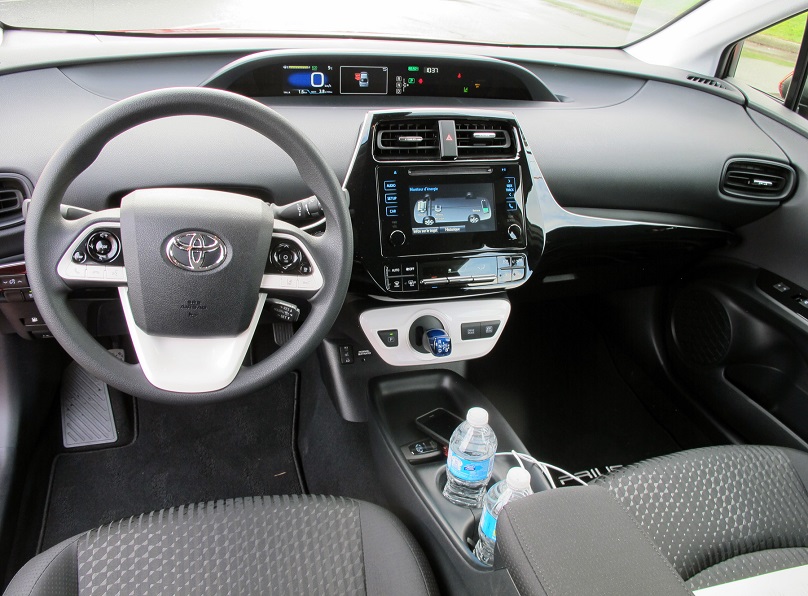 It is expected a Prius c compact and Prius v people mover will be coming along soon in the product cycle.

Toyota/Lexus has led, and still leads, in hybrid propulsion, so this decision to take Prius and make it a player in the mid-size sedan segment was not done lightly.

Competitively priced against “normal” mid-size sedans, Toyota also is playing the fuel-economy card to go along with real room for five.

Toyota uses the tagline “Going Beyond The Possible” with the 2016 Prius.

And knowing Toyota, it’s just possible they will successfully inject Prius into the mainstream. 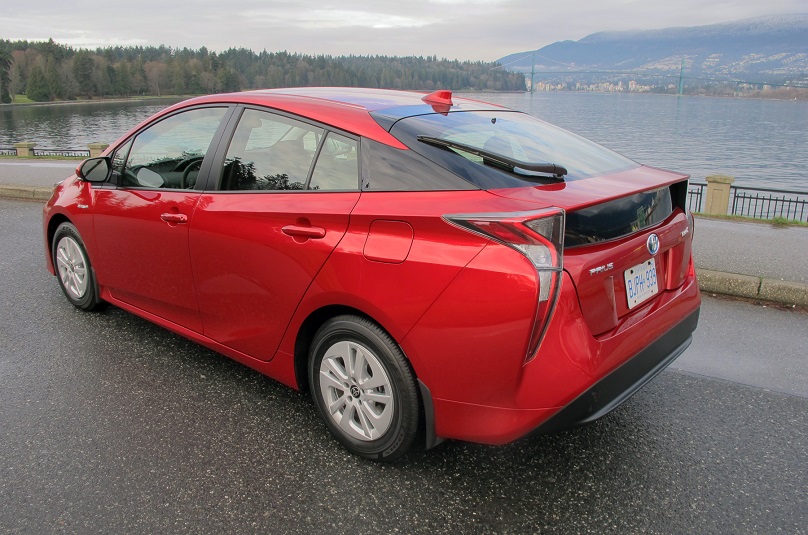