It's simple to drift an M2 with oversteer, but the M Dynamic setting must be enabled in Sport Plus mode, otherwise its differential will compensate to stop the slide - which is effective, but not so much fun.

LAGUNA SECA, CA.—It’s easy to drive a car really fast on a track when you’re following an instructor. Just follow the lead car’s racing line through the curves, and when you see the brake lights come on for the car in front, hit your own brakes — hard.

Here at the Laguna Seca race course, though, there’s a twist, literally. The track rises at the top of a small hill and the car in front drops over the crest and out of sight. You can’t see the other side, and you’re so fast you have to trust in fate. Then when you reach the crest and finally see the asphalt ahead, the track squirms hard left, then right, then left again.

It’s known as The Corkscrew and it’s claimed many, many victims. But not me today, not in the new BMW M2. 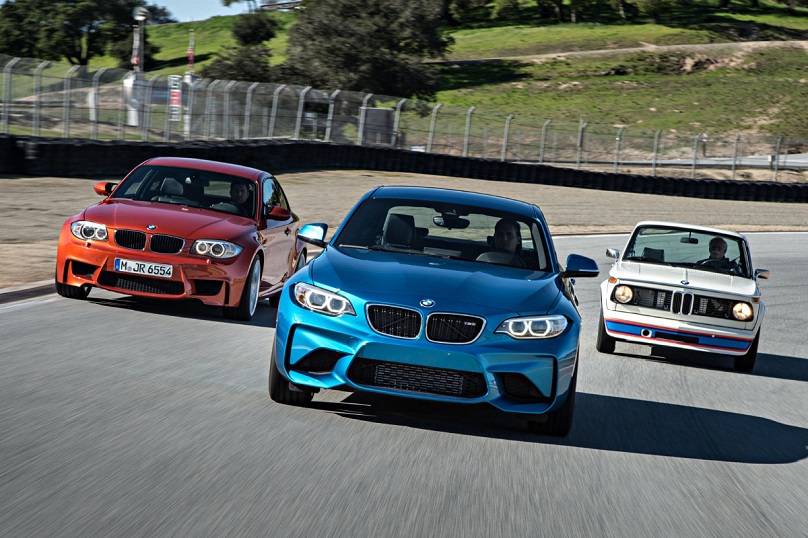 The instructor disappears over the crest and I scrub off some speed, more from nerves than anything, and when The Corkscrew reveals itself I twist the M2 into the first left-hander. It’s mistimed, with too much speed. Most other cars will now slide the front or the back into the corner and let the steering wheel judder in yours hands, but the M2 darts into the left, then right and left again like Manny Pacquiao.

This is the track-day car BMW fans have been waiting years for. It’s a performance extension of the M235i, but without the brute strength of the M3 sedan or M4 coupe. Those two models have a slightly larger wheelbase (by about 120 mm) and make 425 horsepower from a twin-turbo inline six engine, while the new M2 has only a single twin-scroll turbo and creates 366 horsepower from its 3.0-litre inline six. And that makes it far more rewarding to drive.

“It’s not our philosophy to get the most powerful engine in the world,” says Dirk Hacker, BMW’s vice-president for M Engineering. “We think to get the right feeling for the car, and the right BMW M feeling, you need a very good balance of lateral and longitudinal performance … so we take a look at the weight-to-power ratio to get overall the best performance.”

There’s already a very capable 2 Series car in the lineup, the M235i, which makes 322 horsepower and has its own racing series. BMW’s engineers took its 3.0-litre engine and put the turbocharger inside the exhaust manifold, then added the pistons and the crankshaft main bearing shells from the M3. Everything was beefed up for endurance on the track: there’s an extra cooling radiator, an additional oil cooler for the transmission, and an extra oil suction pump to make sure the lubricant goes to the right places when the car is hurled left and right.

The engineers also took many components from the M3/M4’s chassis, including the lightweight aluminum front and rear axles and much of the suspension. Stiffening plates are also lightweight and sturdier than in the standard 2 Series.

It all results in a car that hauls from standstill to 100 km/h in 4.3 seconds, but this isn’t a vehicle to measure by the stats. It needs a seat-of-the-pants drive, and that’s what I’m getting through The Corkscrew.

On the road, it’s a stiff ride, even with the Drive Mode dialed down to Comfort, but it’s not unpleasant and it’s very well equipped.

My track-ready M2 has the automatic dual-clutch transmission, which gives it paddle shifters and a 0.2-second advantage to 100 km/h over the six-speed manual. Costing an extra $3,900, it’s one of only three options available with this car. The others are $895 for metallic paint, and a $600 improvement to phone connectivity. 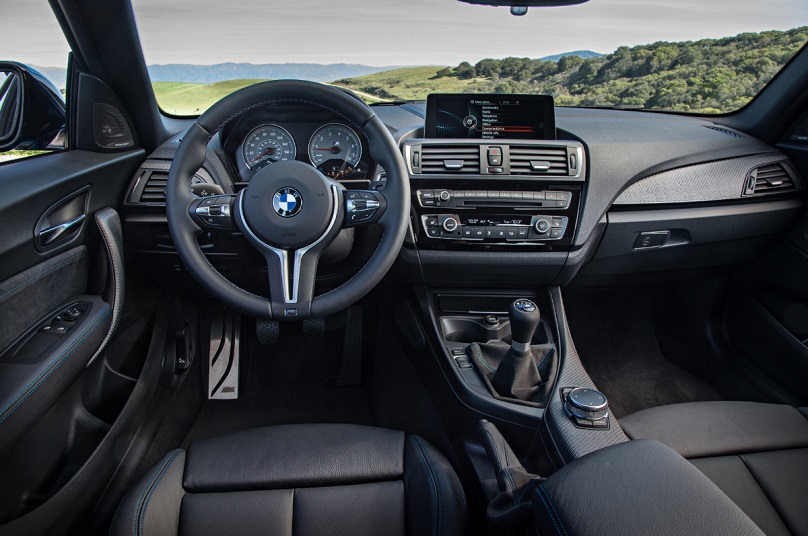 The stick-shift is a lovely transmission, though, and it is very satisfying to drive. It even has automatic rev-matching for smoother gear changes, though this can be turned off if you really want.

The only real competition from another maker is the Mercedes-Benz CLA 45 AMG, which sounds like a better value proposition at $51,800 but that one quickly options up to a comparable price. The Audi RS3 is not sold here (yet), and may only arrive as a sedan. Otherwise, it’s the larger BMW M4 for $76,000, or the more obvious M235i.

You can order that smaller BMW as rear-wheel drive or all-wheel drive, and even as a convertible, but the RWD hardtop M235i starts at $45,200 and it’s not difficult to add another $10,000 of options.

The M2 doesn’t even come with an available sunroof. Hacker calls it a “more pure” car than the other BMWs, and if you take it to a track, you’ll agree with him. Especially through The Corkscrew. 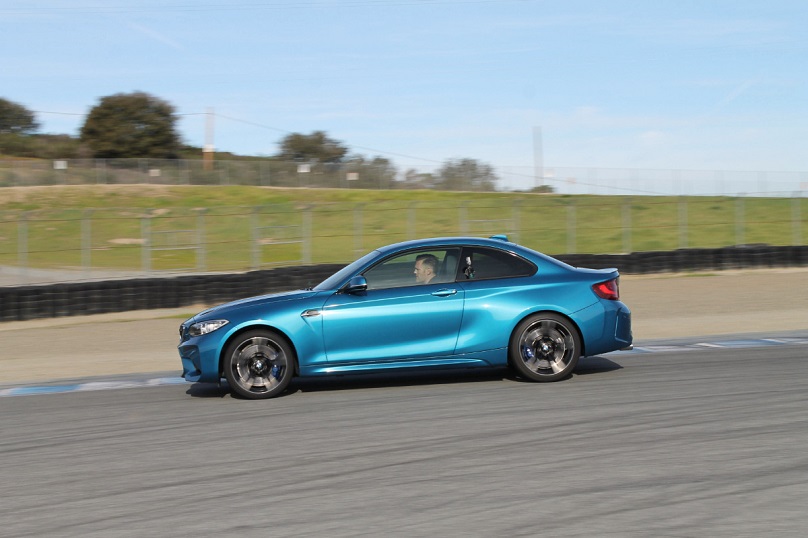 BMW made only enough CSLs to qualify the 3.0-litre coupe as a production car so it could enter it for the European Touring Car Championship. The “L” in its name stood for “leicht,” or light. The doors, hood and trunk were made of aluminum, and there was no extra trim or even soundproofing. The side windows were made of Perspex. The gambit worked. It won the championship in 1973, and then every year from 1975 to 1979. 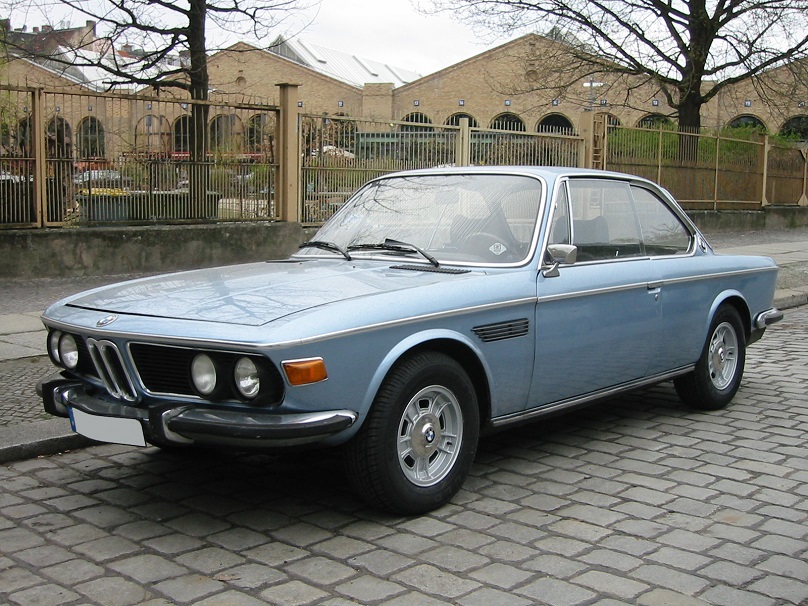 The first series-produced German car to feature a turbocharger, the 2002 weighed only 1,100 kg. Its 2.0-litre four-cylinder engine created 170 horsepower, taking it from standstill to 100 km/h in 8.9 seconds. At the time, it was one of the fastest sports cars on the road. It was known for its agility, featuring a cutting-edge MacPherson front axle, a semi-trailing arm rear axle, anti-roll bars at both front and back, and vented front disc brakes. 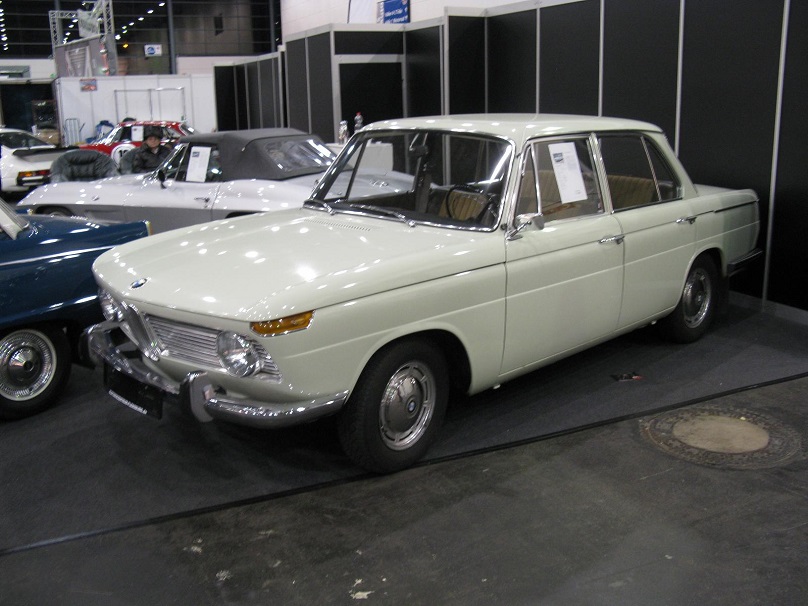 The first M3 is still fondly considered the best, with a 2.3-litre inline-four engine creating 192 horsepower. Unlike the 2002 Turbo, it was exported to North America and was very popular. Rear-wheel drive with a five-speed manual transmission, it could reach 100 km/h from a standstill in only 6.7 seconds. The E30 M3 was all about agility and dynamics, and it won the German Touring Car Championship in its first season.

By Rudolf Stricker – Own work (own photo), Attribution

The smallest M car was only sold for a year, and it was supposed to be a limited production of only 2,700 units, just to see if there was an appetite for such a car after a 25-year steady growth in size for the M3. It was hugely capable, fun and popular, sporting a twin-turbocharged 3.0-litre inline-six engine that made 355 horsepower, and BMW eventually more than doubled the production run. 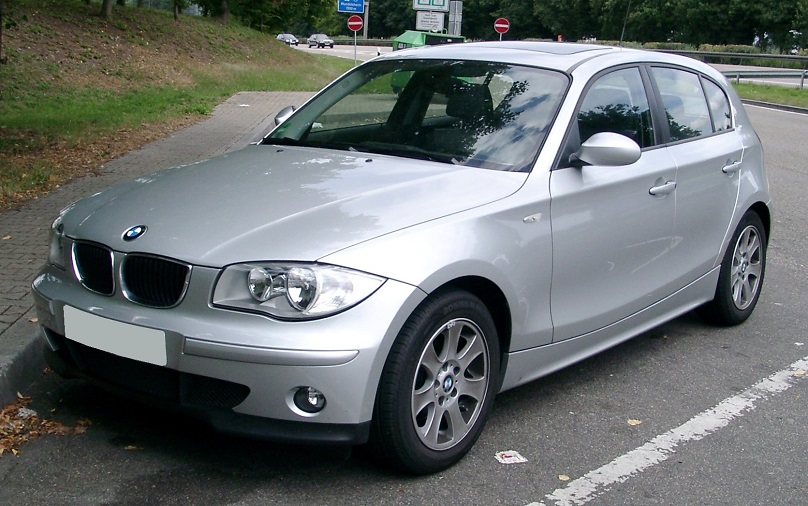 A 3.0-litre performance version of the two-litre, four-cylinder 228i, the M235i has been the car of choice over the last couple of years for BMW compact enthusiasts, with 322 horsepower and its own racing series. It has all the sophistication and finish of other road-oriented Bimmers, and offers options not available on the M2, including all-wheel drive and a convertible roof, but not the beefier suspension, cooling, and engine. 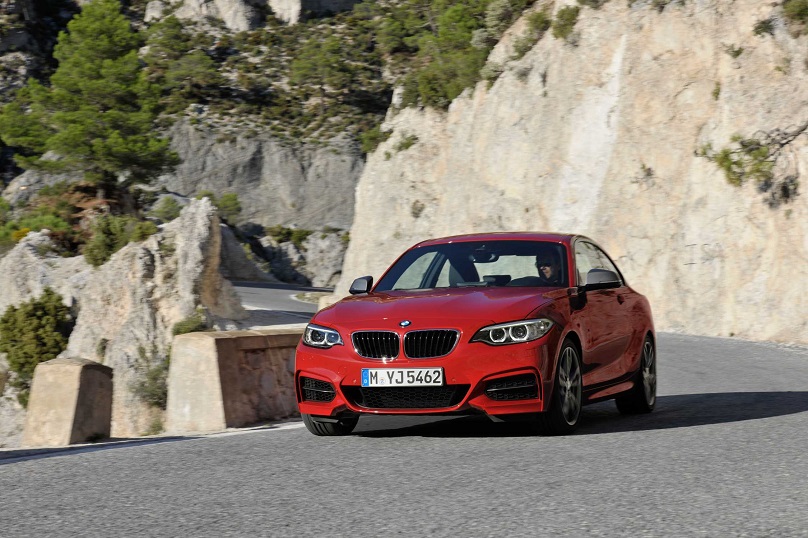 The Mercedes-Benz CLA 45 AMG is a compact hatch with similar claims to performance, but a quite different feel in the seat of the pants. Whichever you prefer is your own choice.

The Audi RS3 is not yet available in Canada, but it’s coming, perhaps later this year or probably early next year. There’s both a sedan and a hatch available in Europe, and the rumour is we’ll only get the sedan.

Freelance writer Mark Richardson is a regular contributor to Toronto Star Wheels. For this story, his expenses were paid by the manufacturer. To reach him, write to wheels@thestar.ca and put his name in the subject line.