The Nissan Pathfinder (Platinum model shown) gets major upgrades for 2017, including new front and rear styling and a more powerful V6 engine.

CARMEL, CA: Nissan’s Pathfinder is getting a number of changes for the 2017 model year.

Now in its fourth generation, Pathfinder falls somewhere between the mid-size Murano and the full-size Armada. 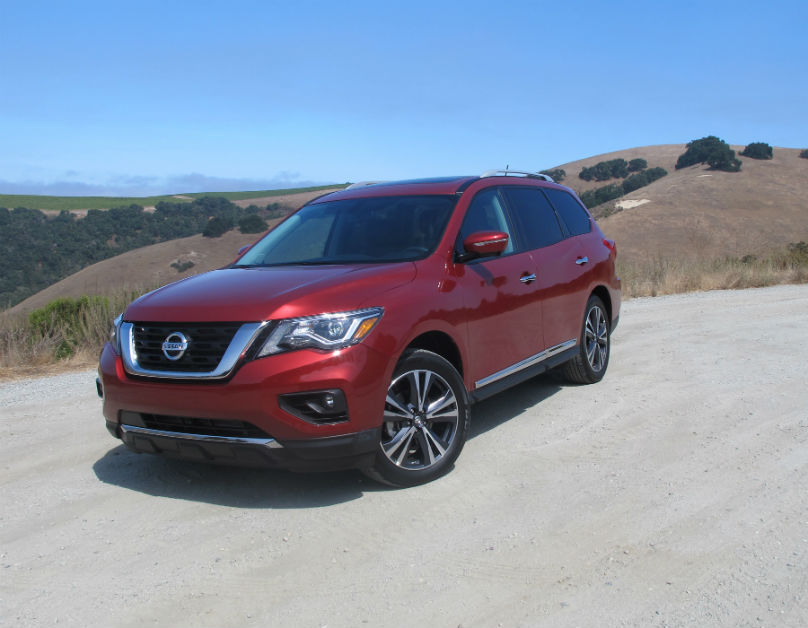 Lift a handle on the second row seat and the seat back tilts forward and the cushion tilts up so it can slide forward for a claimed best in class access to the third row.

Also available is a power liftgate, which opens when a kicking motion is made under the rear bumper.

Introduced as a 2013 model, Nissan thought it was time to harden up the exterior styling to make it more rugged looking with an entirely new front end incorporating the “V Motion” grille design and a reshaping of the rear with a new bumper/rear panels and new taillights. 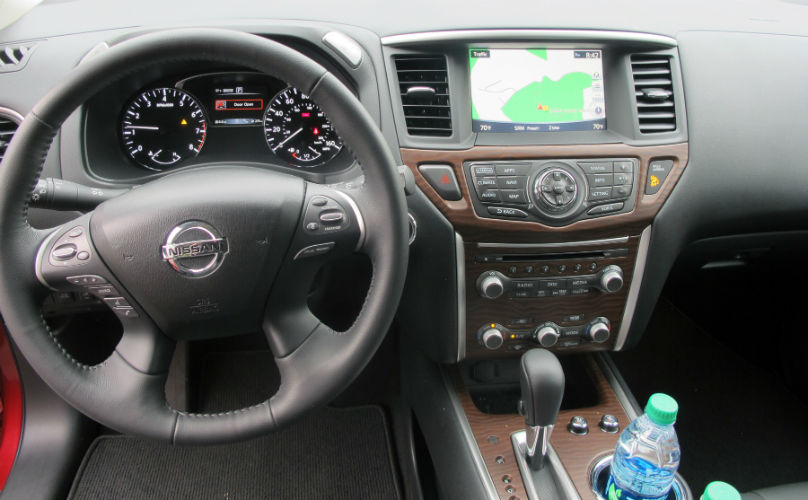 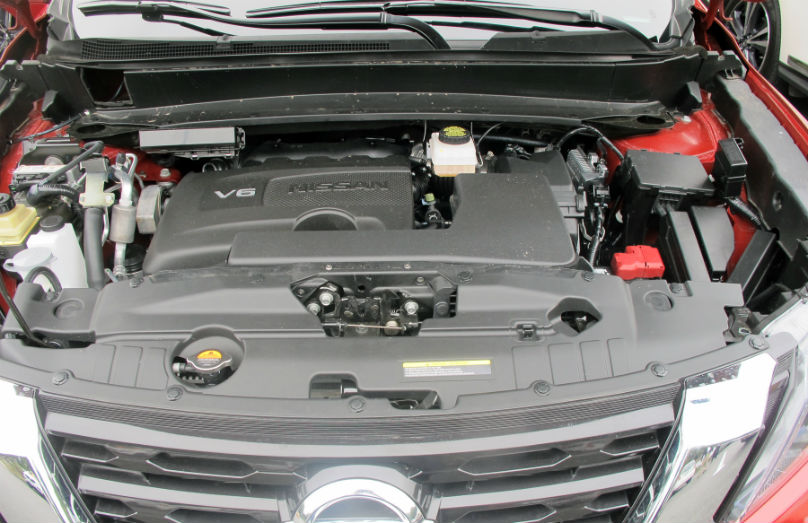 The new engine with its CVT transmission results in a claimed best in class towing capability of up to 6,000 lb.

Suspension remains the same with McPherson struts with 26 mm solid stabilizer bar at front and a multi-link system at the rear with 26.5 mm hollow tube stabilizer bar.

Steering response was improved with a quicker ratio which helps during turn-in and changing lanes.

The three-mode AWD offers 2WD for best fuel economy; Auto which is on-demand 4WD that sends torque to wheels as needed and Lock for situations such as snow, boat launching or on a slippery surface.

The interior is basically unchanged, but there have been some enhancements with a rear-view camera with eight-inch color touch screen now standard on the base S model and it includes voice recognition. 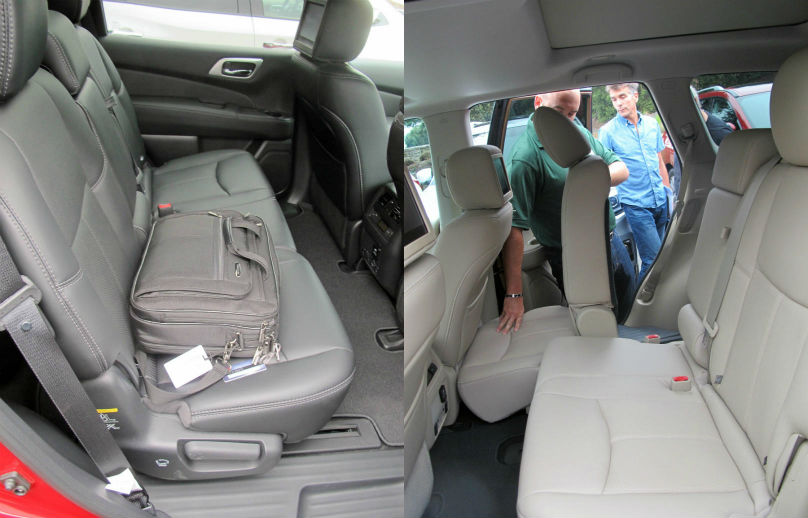 The S also gets a Bluetooth Hands-free Phone System and streaming audio and outside mirrors with side turn indicators. 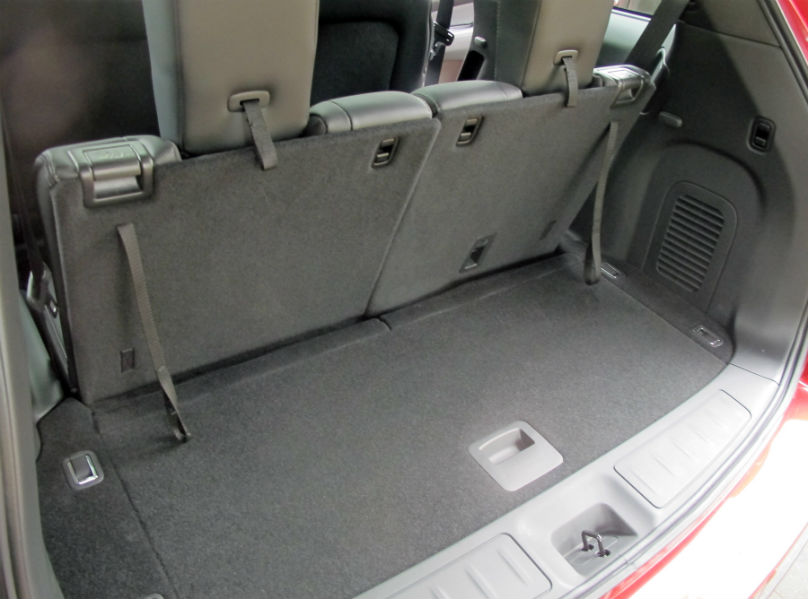 We were test driving the Pathfinder in and around Carmel, CA, at the same time forest fires were raging to the east and south of the hotel where we were staying.

It was heartening the see hundreds of hand-made signs on cardboard, bed sheets or whatever to hand with words like “God bless our firefighters” and “Thank you heroes.”

Back and forth between Carmel and the Laguna Seca racetrack, the Pathfinder felt much more agile than the 2017 Nissan Armada we were testing at the same time.

Nissan has got CVTs down to a science to the point it responds like a “normal” automatic and thus can be driven with verve, which the co-driver definitely did on the very twisty mountain highway to Salinas.

The toptrim Platinum model we were driving was nicely appointed on the inside with tasteful wood trim and a centre stack with nice, big rotary knobs for the HVAC and audio.

The EZ Flex Seating system is pretty slick. Even with a child seat fitted on the second row, the seat will slide forward enough to allow easy ingress to the rear. 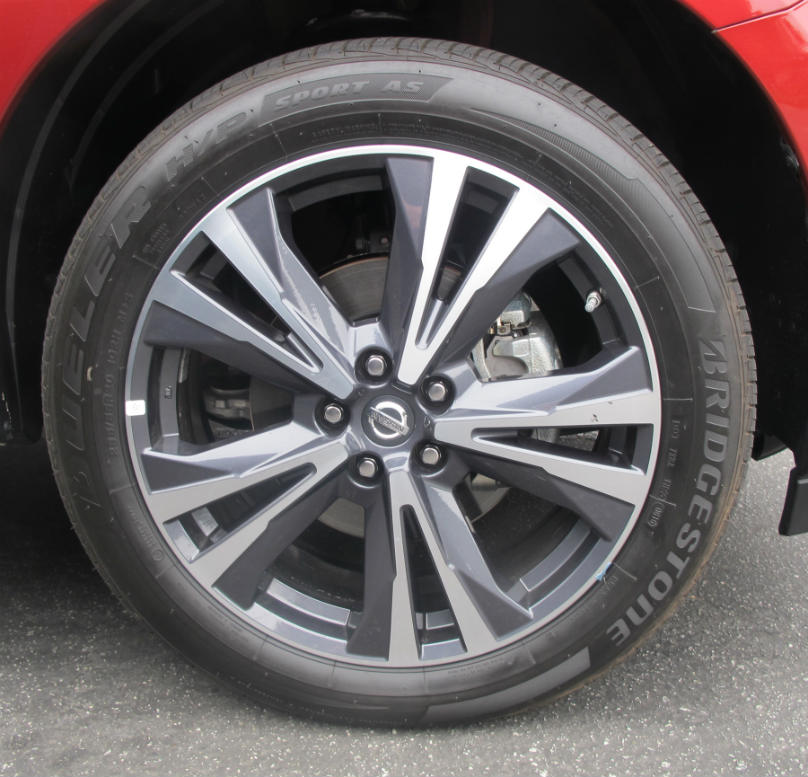 There are five trim models – S, SV, SL, SL Premium Tech and Platinum. At this writing, pricing had not been announced.

Pathfinder has been a very successful model for Nissan, with more than 155,500 sold to date in Canada.

With the upgrades for 2017, the success story is bound to continue. 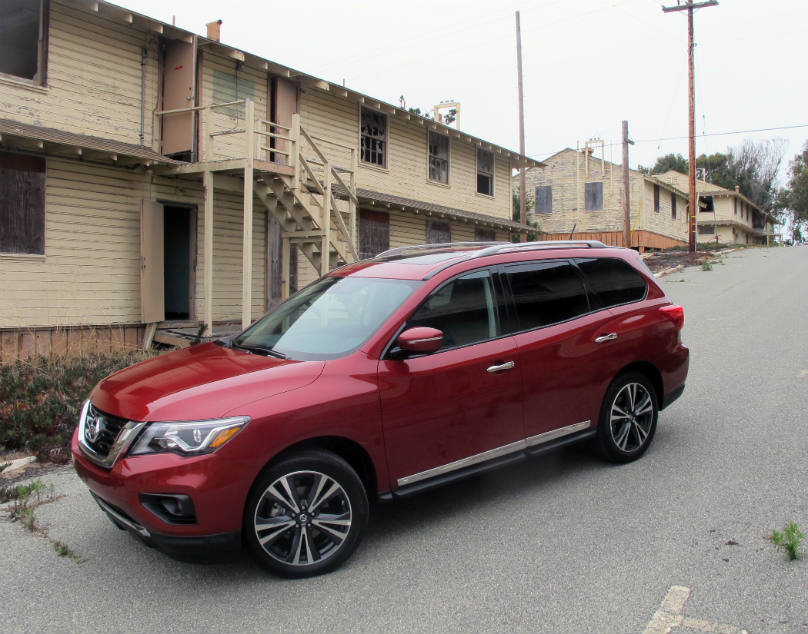