The plug-in hybrid version of the Chrysler Pacifica represents the first electrified seven-seat minivan on the market.

I often get asked the question, “Should I be looking at an electric or a hybrid vehicle?”

So I run through the scenarios, explaining the pros and cons of hybrids, plug-in hybrids (PHEVs) and all-electrics, asking about driving habits and family needs.

It’s a complicated question to answer in most cases.

But after a week with the plug-in hybrid version of the Chrysler Pacifica minivan I certainly would have little hesitation saying, “go for it” if someone asked my opinion. 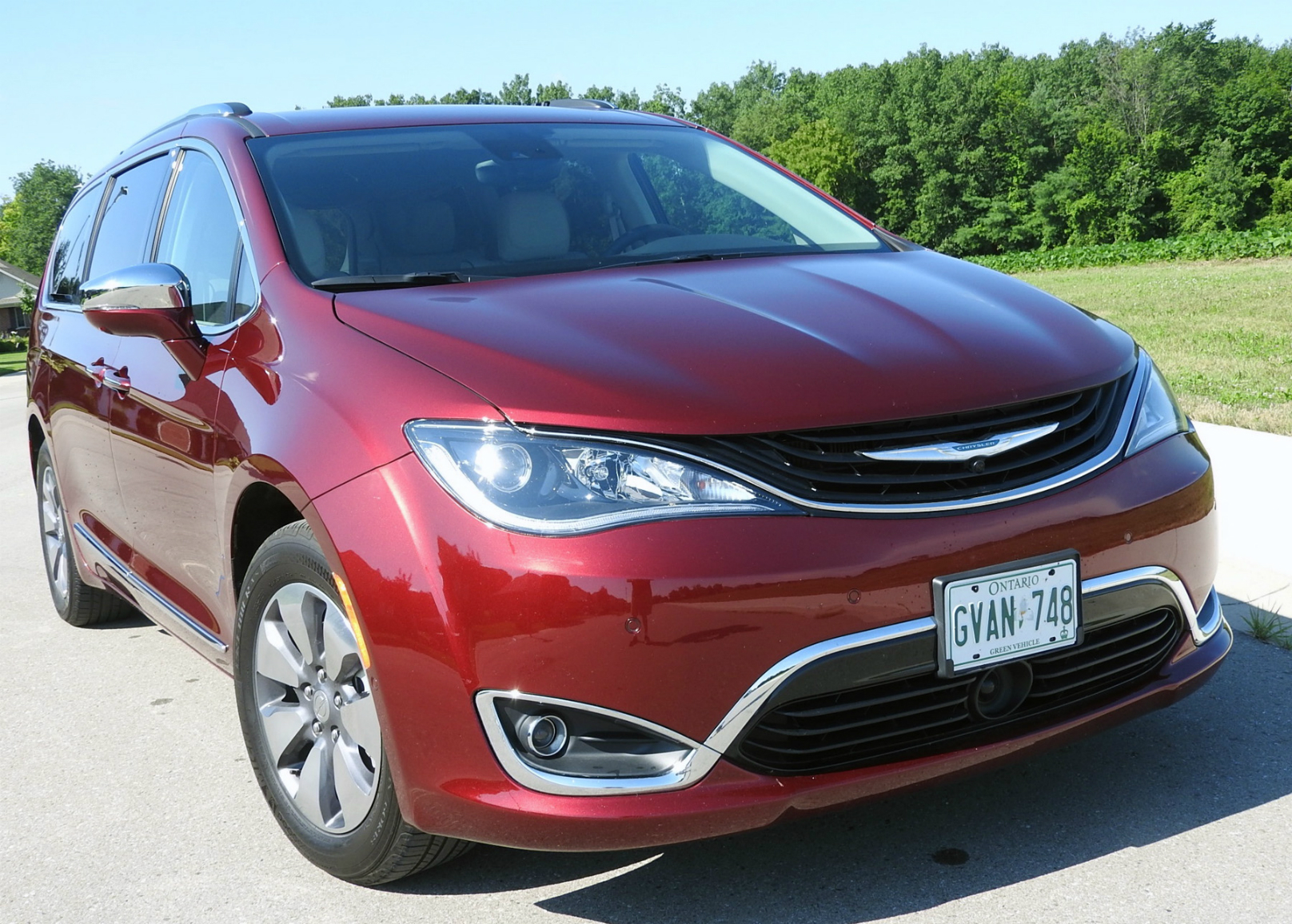 We had two couples visit us this summer in Australia and I looked for test vehicles that would accommodate the four of us and their bag and baggage with trips to and from the airport.

For Lesley and Stuart, we were fortunate to snag the 2017 Pacifica Hybrid, the first electrified three-row minivan on the market.

While minivan sales have been falling for years, Fiat Chrysler Automobiles (FCA) is still all-in on the “box on wheels” design with both the Pacifica and the Grand Caravan built at the Windsor (Ontario) Assembly Plant.

These two models account for more than 70 per cent of all minivan sales in Canada and with the new hybrid version of the Pacifica on the market since April, their fortunes should continue to shine. 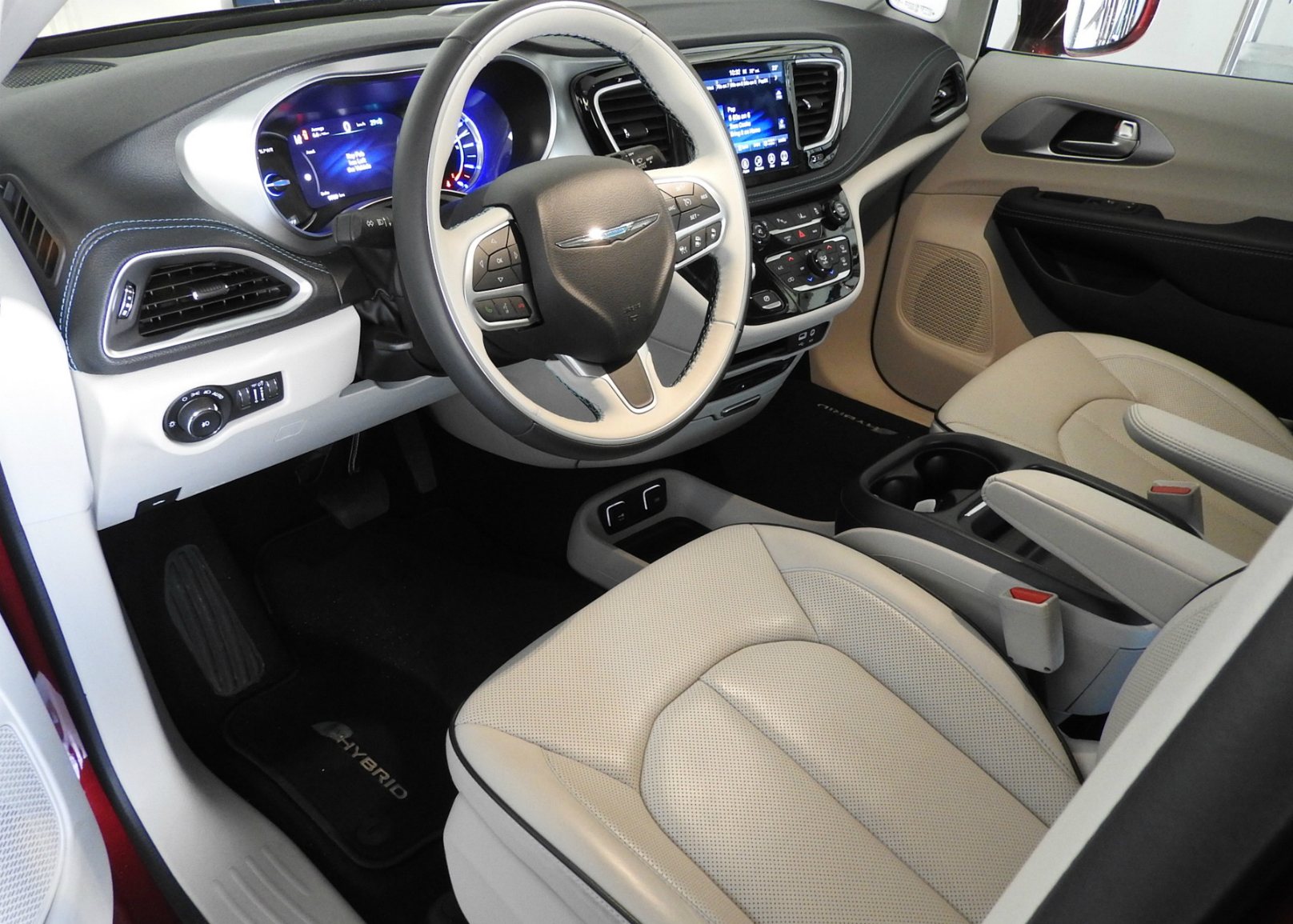 Now the Pacifica Hybrid is not an inexpensive proposition. Our test vehicle touched the road at $56,495 pus $1,795 destination charge.

But for those of us in Ontario, the government is offering a $14,000 ‘green’ rebate on this vehicle, taking the price down to a more affordable level. Those in Quebec can get $8,000 back, while British Columbia provides a $5,000 rebate.

We were driving a 2017 Pacifica with the Platinum trim (the only trim level offered in 2017), but FCA now has its 2018 Pacifica Hybrids on sale with three different trim levels— Touring, Touring L and Limited, starting at $38,706 with the $14K government rebate already taken off.

That puts it in the ballpark for buyers in the market for an upscale family hauler. The interior is first class and the driving dynamics are excellent, certainly far ahead of what we experienced in the early days of minivans.

It may be a big vehicle but it doesn’t drive like one and in hybrid form, it is oh so quiet when in electric mode.

Now here’s the rub. With a complete battery charge, the Pacifica Hybrid will only travel up to about 50 or so kilometres in electric mode.

Of course, the range all depends upon a number of factors such as how heavy you are on the accelerator, the temperature outside and whether or not the HVAC is cranking away.

But unlike vehicles that rely on electric power alone and create for many drivers what the industry calls ‘range anxiety’, with the Pacifica Hybrid you have a 3.6-litre Pentastar V6 engine that kicks in to help with added acceleration when needed or when the electric supply is depleted. 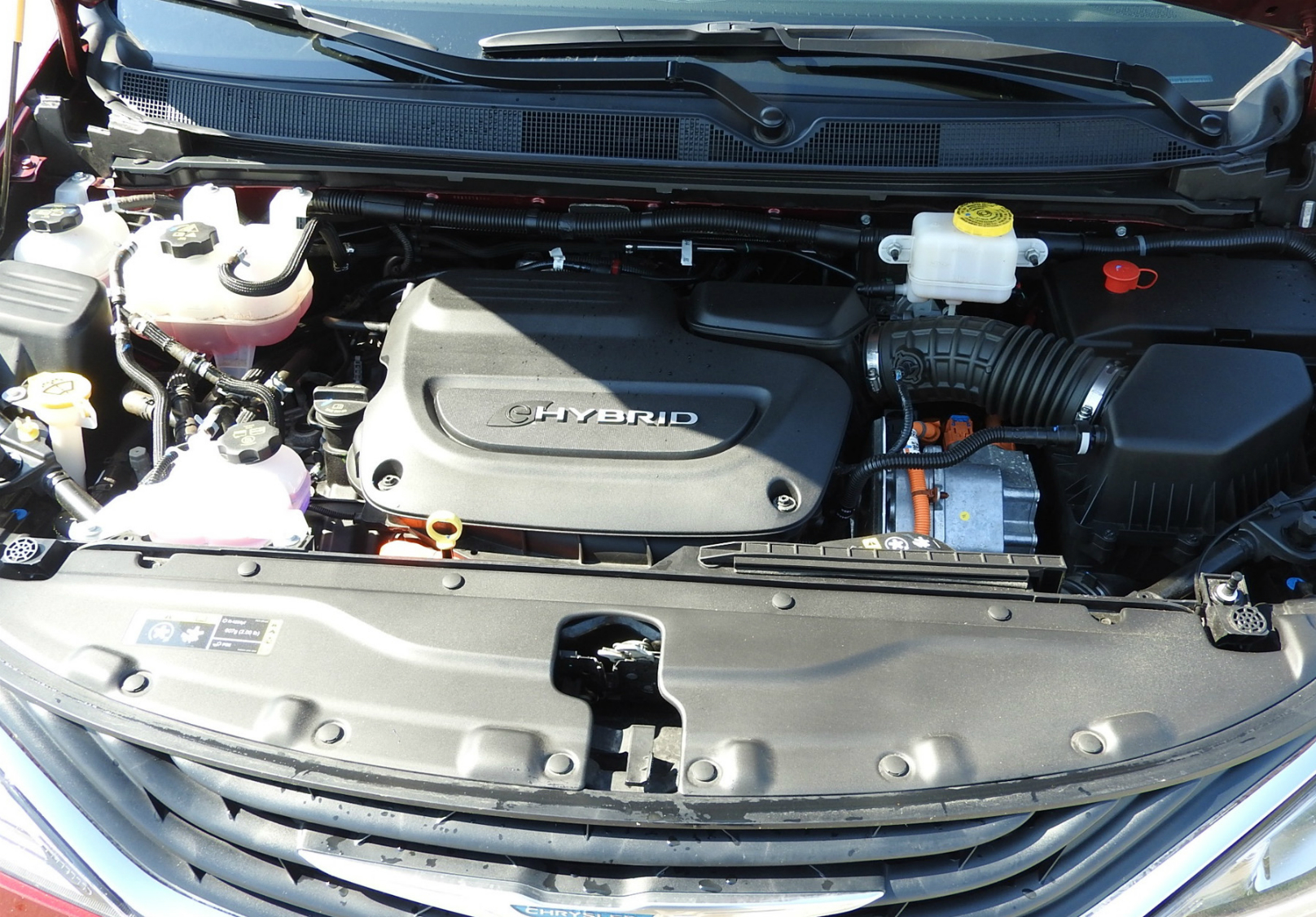 In all, FCA says the overall range of the Pacifica Hybrid is more than 850 km, enough to take you from Windsor to Ottawa.

The electric range is limited, yes, but certainly enough for many commuters in the Greater Toronto Area who travel less than this each day, according to FCA statistics.

If you’re light on the gas pedal and you do a lot of stop and go driving, further electric energy can be captured through regenerative braking that helps recharge the lithium ion battery.

So how long does it take to re-charge? Well, that depends. On normal 120-volt household current it took me more than 12 hours for a complete charge. 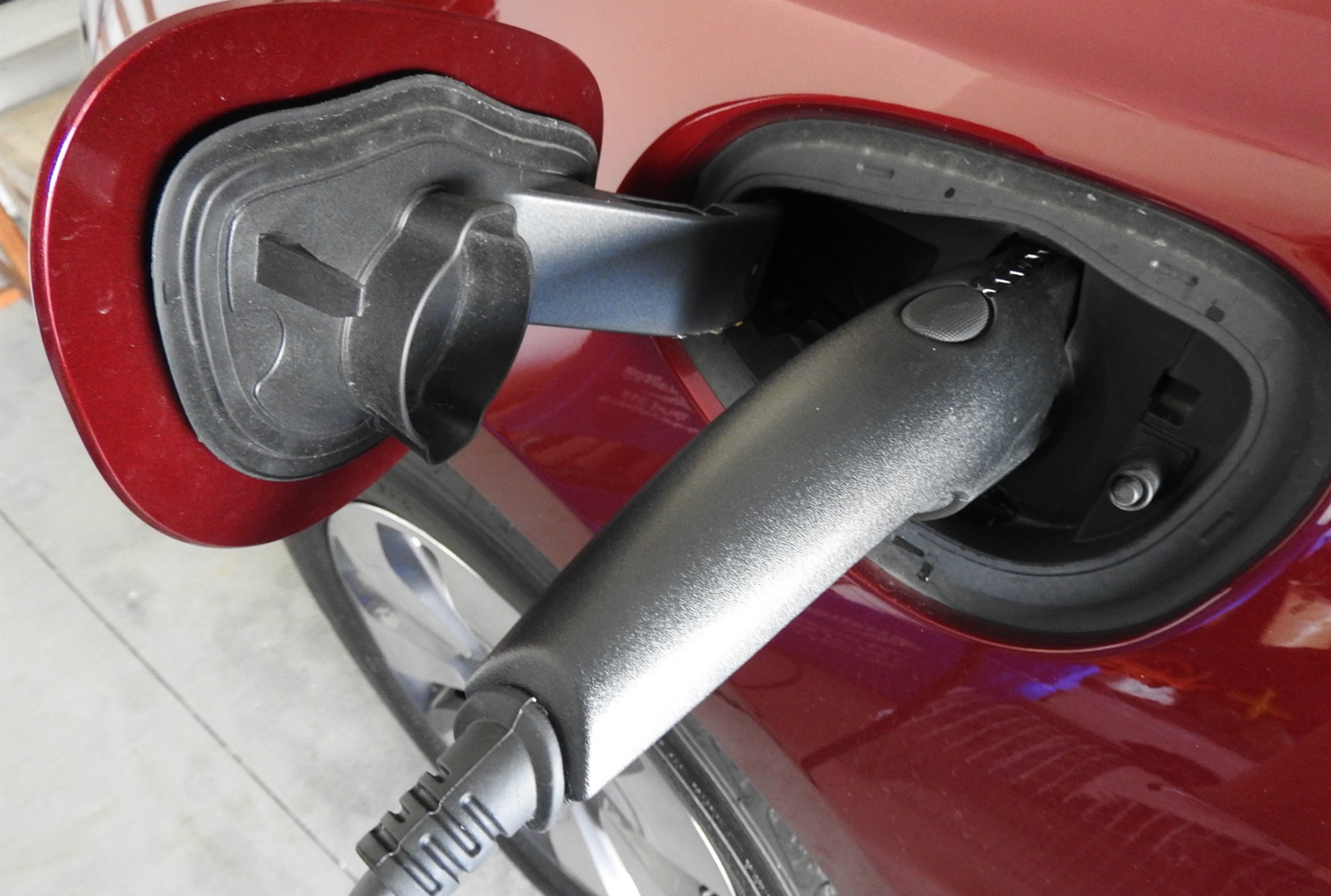 Many buyers purchase a 240-volt home charging station and they will cut the recharge time down to a couple of hours. Or, when you stop for lunch or visit the local shopping mall you may see a public charging unit that you can plug into.

Other than the plug-in port on the side of the front fender, the Pacifica Hybrid is virtually identical to the gasoline model.

Inside, though, the Stow ‘n Go function of the second row isn’t available because of the battery placement. But these seats can be removed if needed and the third row seats still fold flat into the floor. 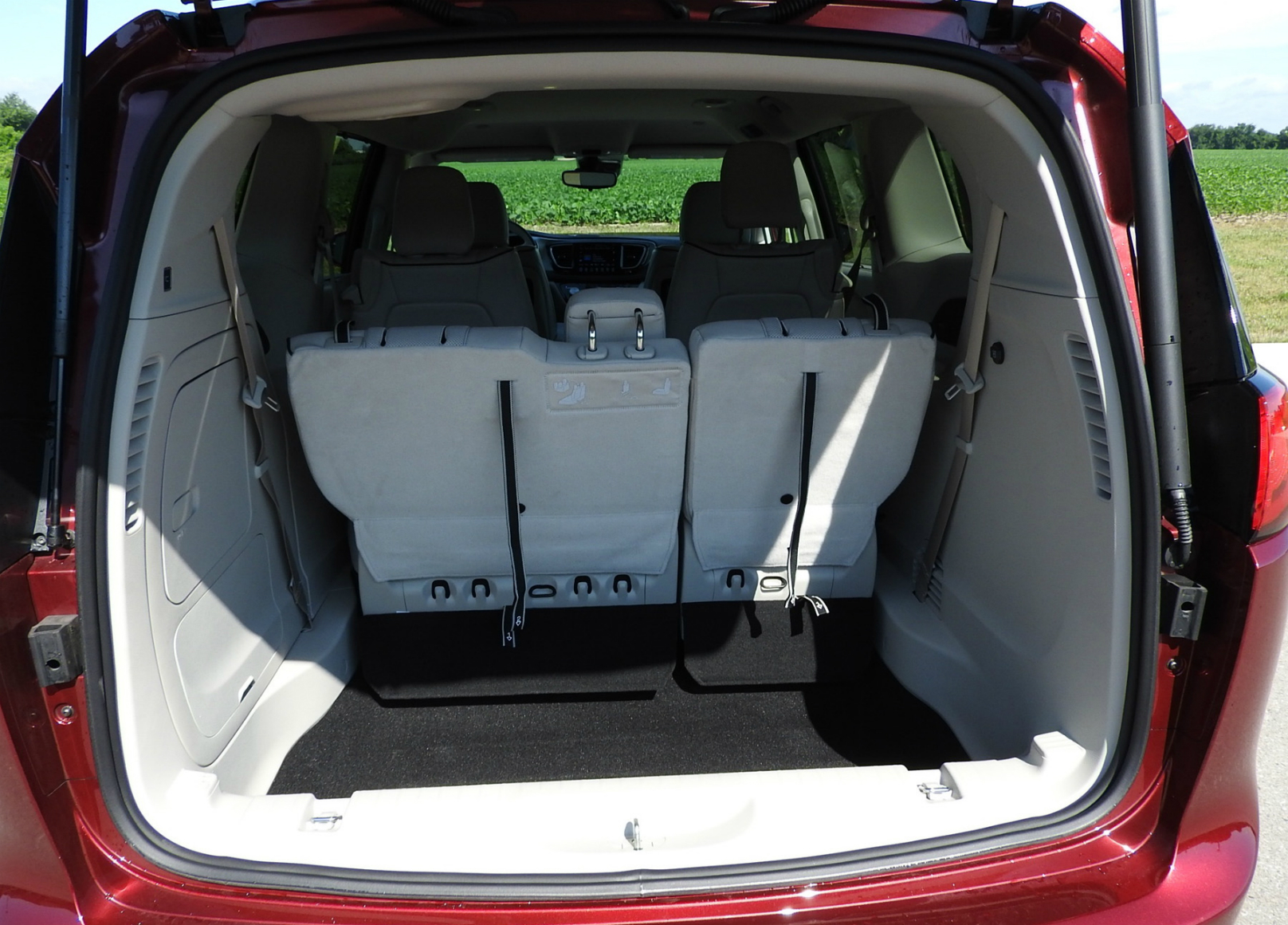 This is a departure from conventional hybrid systems that typically dedicate one motor to act as a generator and a second to deliver torque to the wheels.

And unlike many other hybrids, if you have a light foot, the Pacifica will stay in electric mode at speeds over 100 km/h. Most hybrids will jump from electric to gasoline mode at much lower speeds.

Natural Resources Canada lists at fuel consumption average of 2.8 Le/100 for combined electric and gasoline and 7.3 L/100 km gasoline for the Pacifica Hybrid.

They list an average annual fuel cost of $917 for 20,000 km of travel, assuming an average gasoline price of 93 cents/litre and an electricity price of 0.13 per kWh, both below what we are now paying.

But, nevertheless, with the government rebate now available in Ontario and some other provinces, the Pacifica plug-in hybrid offers great value for buyers considering a more fuel-efficient option to a regular gasoline-powered minivan. 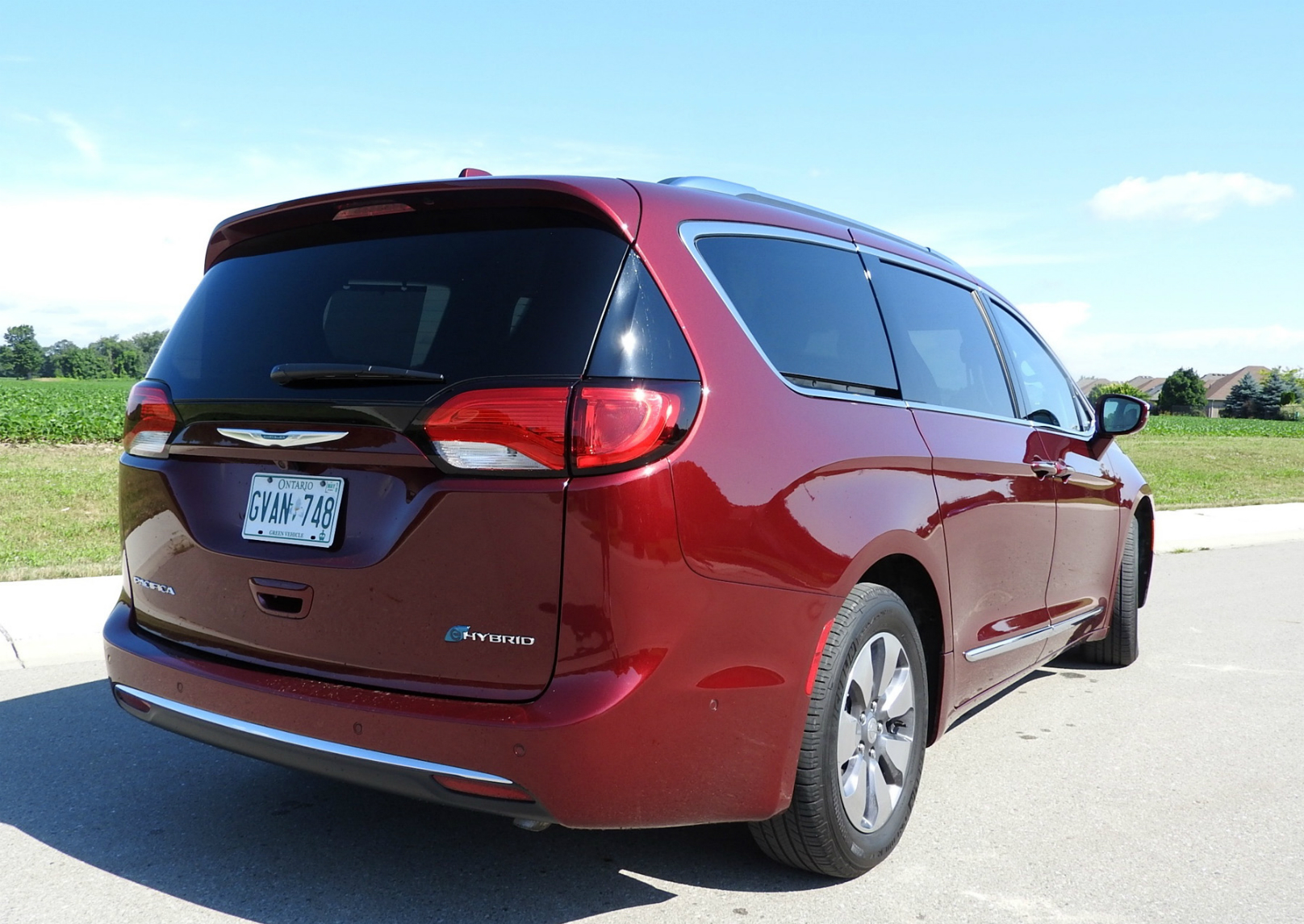