HALIFAX, NS: It’s time for a change at Lincoln and the 2017 MKZ is leading the way.

Conceived in the 1930s as a counter to Cadillac, the brand has had moments of glory, but never quite the greatness of its GM nemesis.

The Lincoln brand was bought by Ford in 1922 and has had its ups and down ever since, such as the first Continental in 1942 which resulted in 1956 Continental Mark 11, still to my mind, one of the loveliest designs of the post WW11 period.

After that, Lincoln receded into the luxury car shadows with products such as the Town Car, which fueled the limo fleet market for years but did little to heighten the brand image.

The harbinger of change is the 2017 version of the MKZ which comes with a number of improvements, starting with the grille that does away with the previous butterfly design inspired by the pre-war Lincoln Zephyr.

First seen earlier this year on the Lincoln Continental Concept, the grille is an ovoid shape, not unlike the Jaguar XKF, but with a prominent Lincoln badge in the middle, similar to the Maserati Quattroporte. 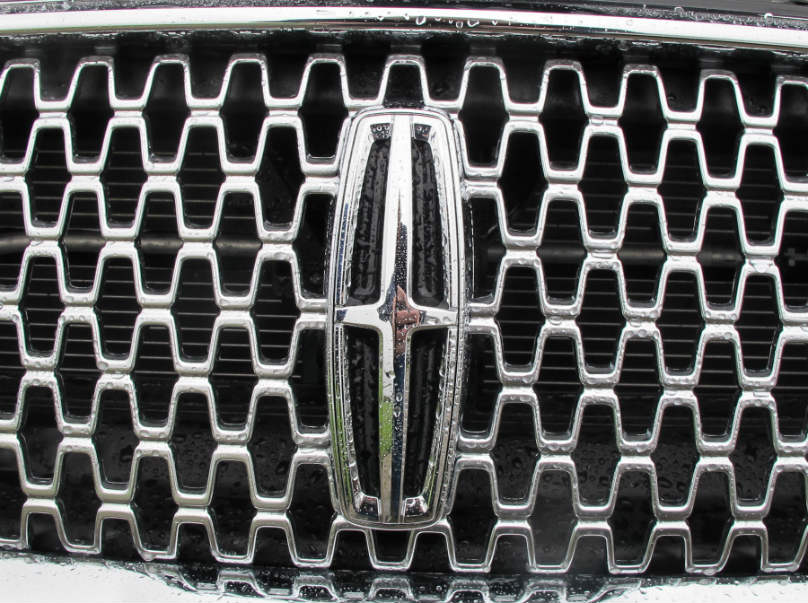 Another problem was the slider controls for the climate and audio controls, which were impossible to use with gloves on and required taking your eyes off the road to find.

Now it has proper knobs and toggles it works far better and I rarely had to avert my attention from the road ahead during the drive. 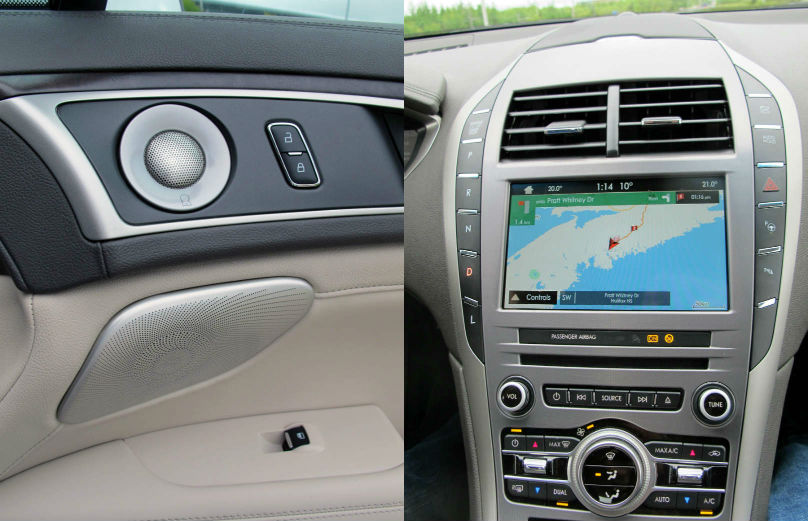 In the interior, the stitching on the leather seats and door panels is laser straight plus finishes were chosen to blend with the aluminum trim.

The seats have Bridge of Weir leather from Scotland that is brand mark, and imperfection, free.

There are two models, the MKZ and the MKZ Hybrid and two trim levels – Select and Reserve.

The MKZ is powered by a 2.0-litre single turbo inline four-cylinder producing 245 hp and 275 lb/ft of torque, which is almost the same torque as the 3.7-litre V6 in the outgoing model.

With all-wheel-drive and a six-speed automatic transmission with manual shift mode, fuel consumption is rated at 11.8/8.4L/100 km city/highway.

The Hybrid is equipped with a 2.0-litre Atkinson Cycle inline four-cylinder producing 129 hp and 188 hp when combined with the electric motor/battery. Available in front-wheel-drive and a CVT transmission, fuel rating is 5.7/6.1L/100 km. 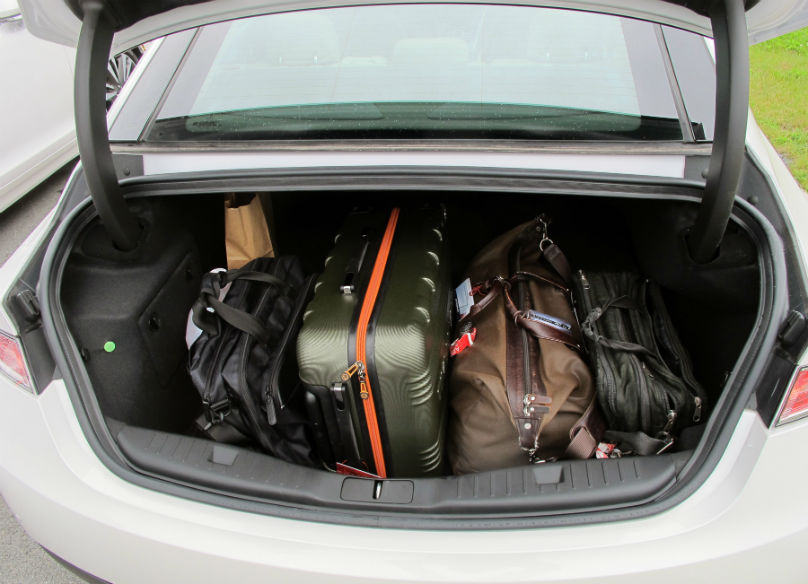 Driving from Halifax up to the Northumberland Strait was done in the rain and what I noticed was the lack of tire “sizzle” (sound which comes from tread on a wet pavement) showing the Lincoln engineers really worked on audible intrusion into the cabin. This is partly due to active noise cancellation technology.

A segment of Lincoln Drive Control is an adaptive suspension damping that measures speed, steering angle and body movement to continuously adjust damping to requirements.

Weighing in at 1,756 kg (3,871 lb) the Hybrid Reserve’s performance was more than adequate, but passing had to be well planned. 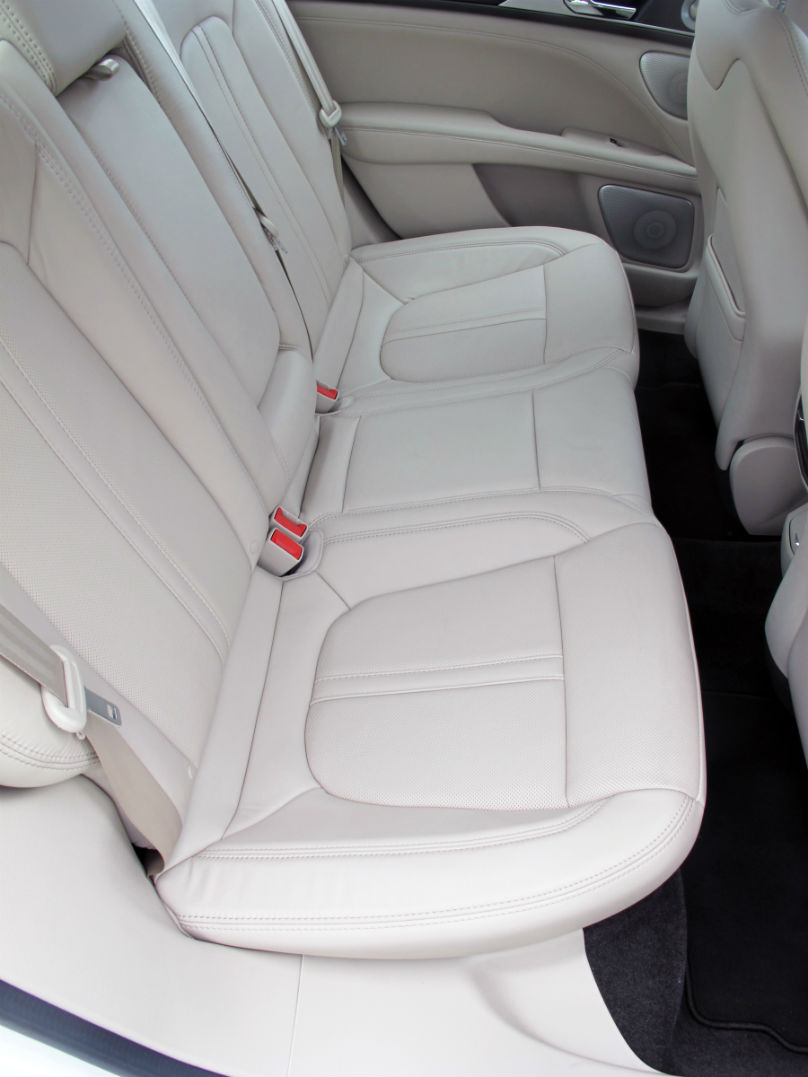 However, on the way back with the AWD, the MKZ Reserve tracked well on the combination of two-lane blacktop and Trans Canada Highway with plenty of power for all surfaces.

Sight lines are good in spite of the highish windowsill line.

The quality of the panel fit inside and out is exceptional.

Both testers had the optional 20-speaker Revel Ultima Audio System that has to be heard to be appreciated. I noted the doors were specially designed to house the speakers.

Standard on the MKZ is the SYNC 3 infotainment system with optional voice-activated navigation.

Newly available to SYNC 3 are the Multicontour front seats with Active Motion. These heated and cooled seats has customizable air cushions adjustable for changing seat and back shapes or – get this – a gentle lumbar massage and dialed in by using the SYNC 3 centre touchscreen. 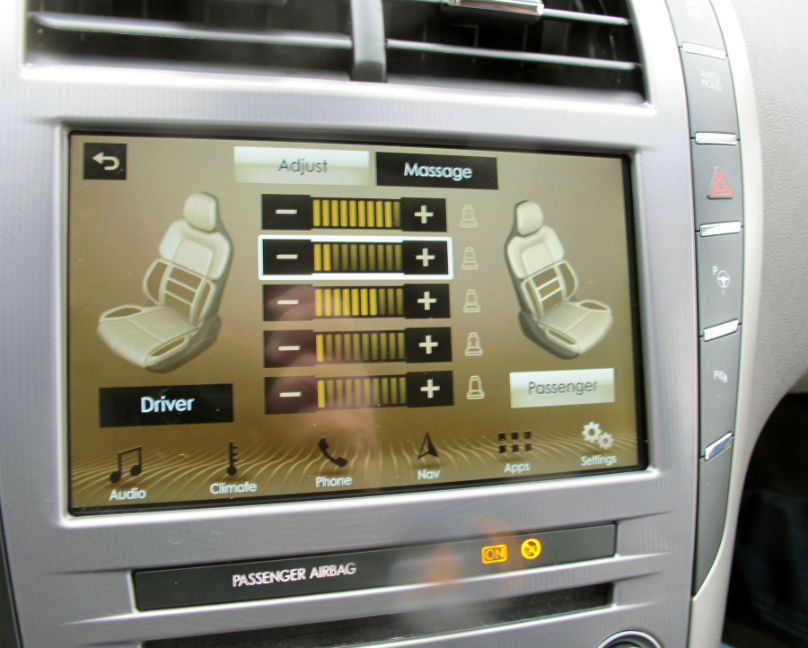 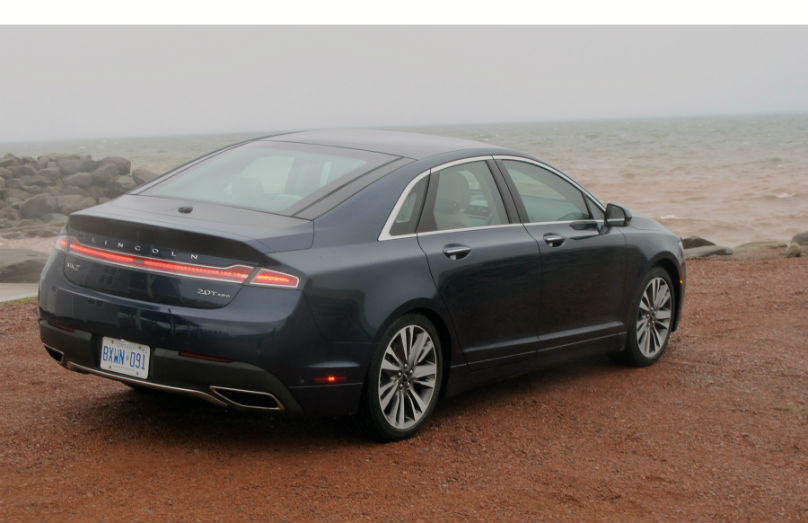