After a week with the new model, I would say Mazda can say “done, done and done”, both improving on and refining what it had with the first generation CX-5 and creating a more premium look and feel.

Mazda’s CX-5 compact crossover has been a success story since its debut in 2012.

No doubt the Japanese automaker expected to do well with its stylish, new, fun-to-drive compact SUV back then, but the results have surely surpassed expectations by a wide margin.

The CX-5 now accounts for about a quarter of all Mazda sales worldwide and has become one of its core vehicles as crossovers eat away at compact car sales on a monthly basis. 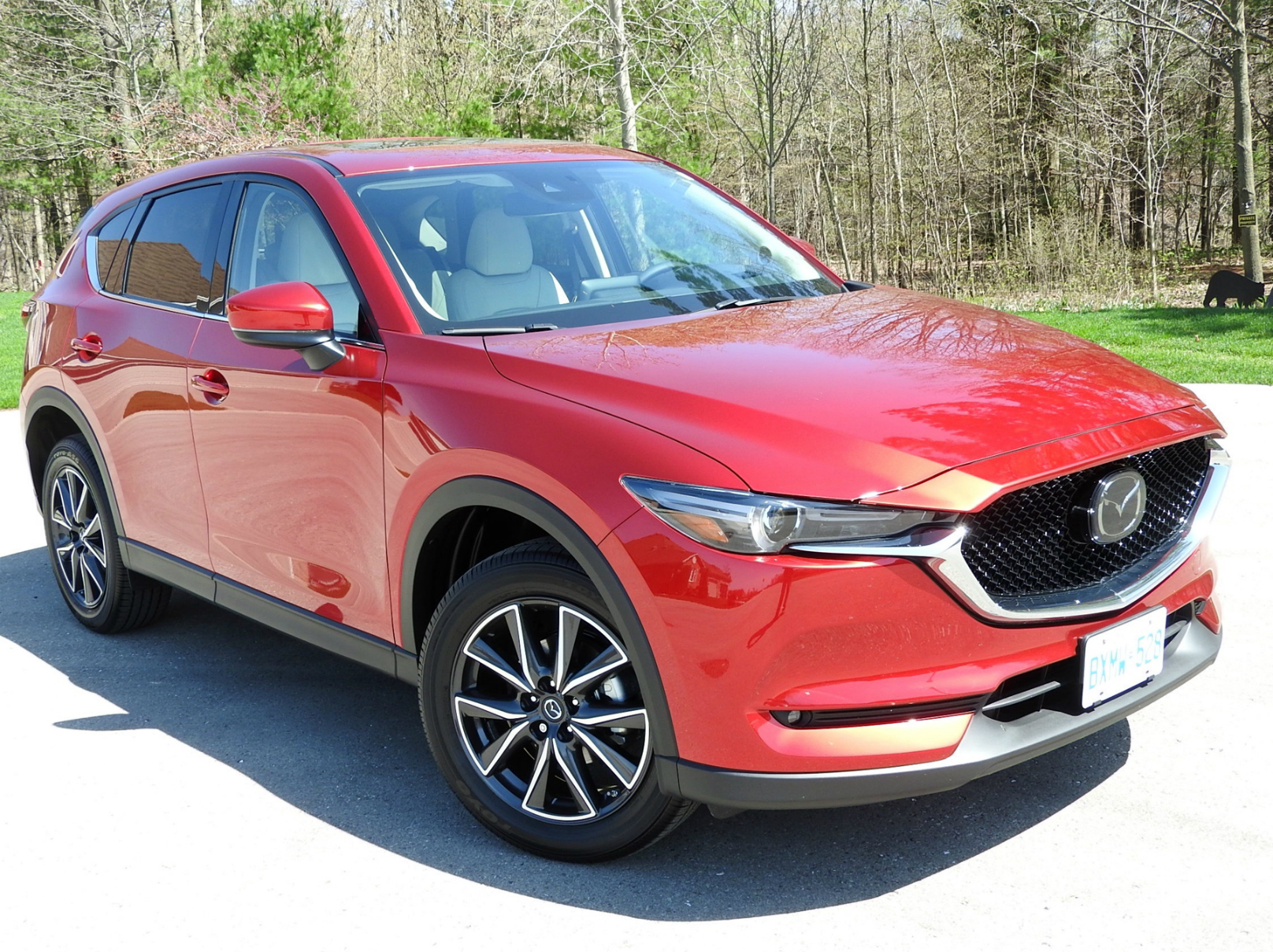 A recent vacation trip through eight countries in Asia gave this writer a glimpse of just how popular the CX-5 has become. It seemed everywhere you went, there was a CX-5 driving past or parked in front of you.

Now for 2017, a new second-generation CX-5 has arrived at Mazda dealerships. And rather than standing on its laurels, Mazda has made a whopping 698 changes for 2017. 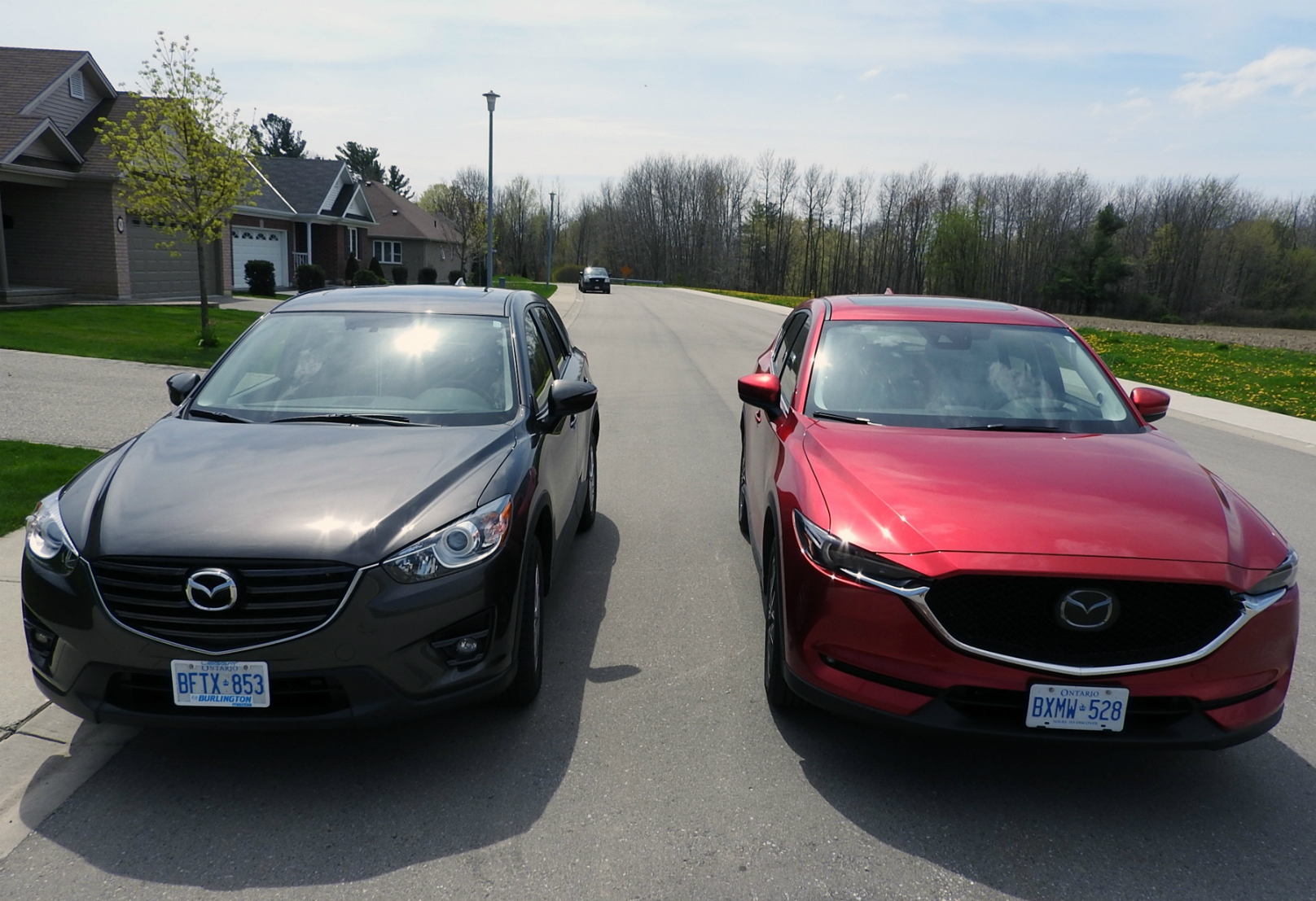 According to Masaya Kodama, program manager for the CX-5, the goal was to create a new level of driving pleasure and at the same time passenger comfort. Engineers focused on making the cabin quieter, the rear seat more inviting and the ride more comfortable with minimal torso-sway for all vehicle occupants.

After a week with the new model, I would say Mazda can say “done, done and done”, both improving on and refining what it had with the first generation CX-5 and creating a more premium look and feel.

This was essential for Mazda as the CX-5 sits in a crowded market, matching up against such heavy-hitters as the Nissan Rogue, Honda CR-V, Toyota RAV4, Ford Escape, Jeep Cherokee, Chevrolet Equinox and the like.

In all, there are now 17 vehicles in this segment, accounting for more than 80,000 unit sales in the first three months of the year in Canada.

So it’s easy to see how important it was for Mazda to get this right. 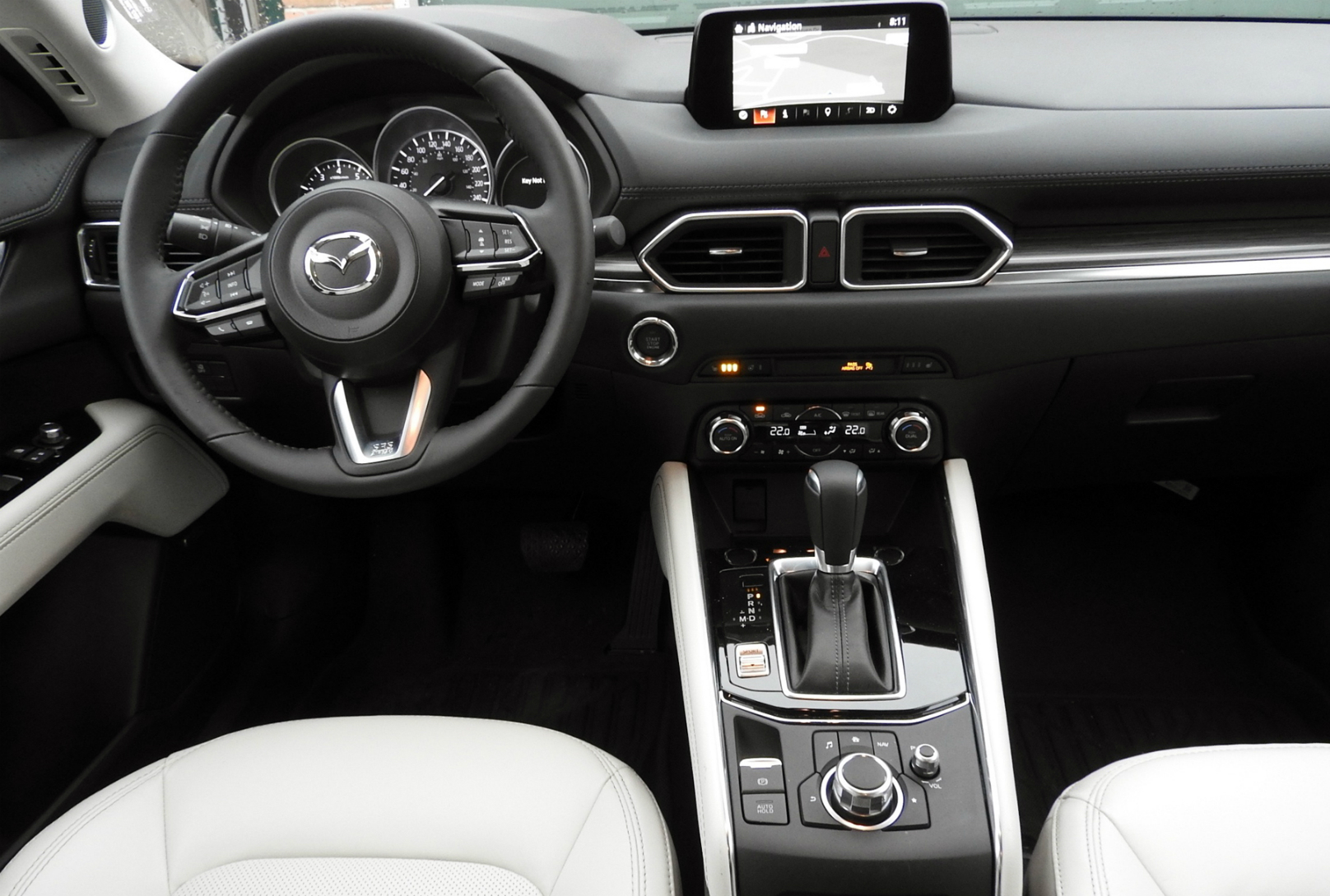 What is G-Vectoring Control, you ask? In short, it’s an innovative technology that adjusts engine torque electronically to improve ride and handling.

Not something that’s easy to test, but take one for a test drive and you’ll see how easily it tracks through corners and hugs the road. It’s easy to steer and easy to track through the twisties in the country or around tight parking lots in an urban environment. 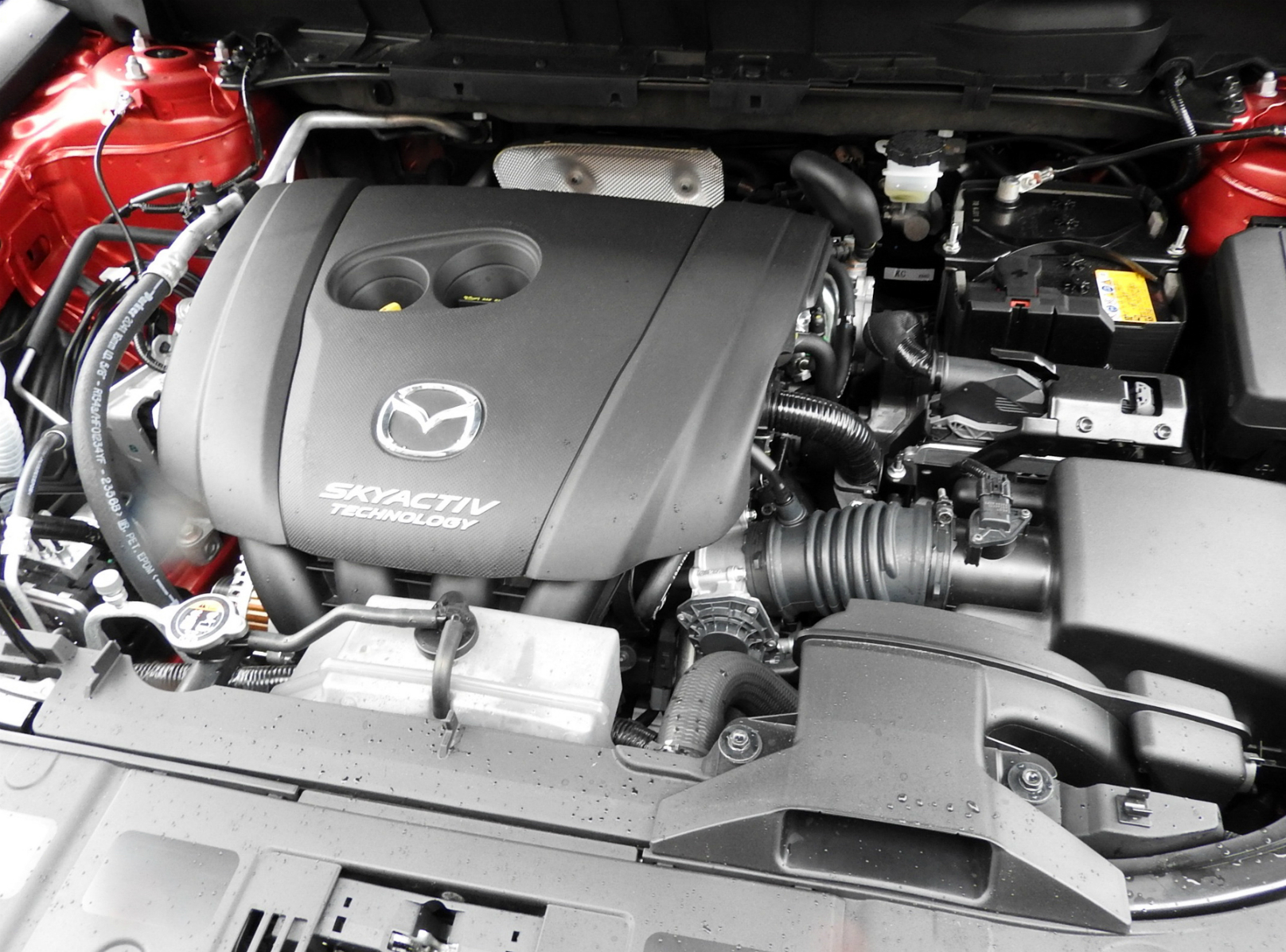 All other trims get a 187-hp 2.5-litre inline four, matched with a six-speed automatic transmission.

Later on this year, Mazda will add a 2.2-litre turbo diesel engine to CX-5 lineup.

It was finished in the new signature paint colour for 2017, Soul Red Crystal Metallic that provides a rich, vivid look that stands out in any crowd.

The exterior has a bolder look, particularly up front where the Mazda family face has been refreshed. The vehicle has a more planted look with a lower centre of gravity and 10 mm wider front and rear treads.

Aside from the refined look of the cabin, the most obvious change for 2017 is the repositioning of the seven-inch infotainment screen.

The screen in our 2016.5 model is placed within the centre stack, but the new one sits atop the dashboard for better sightlines. 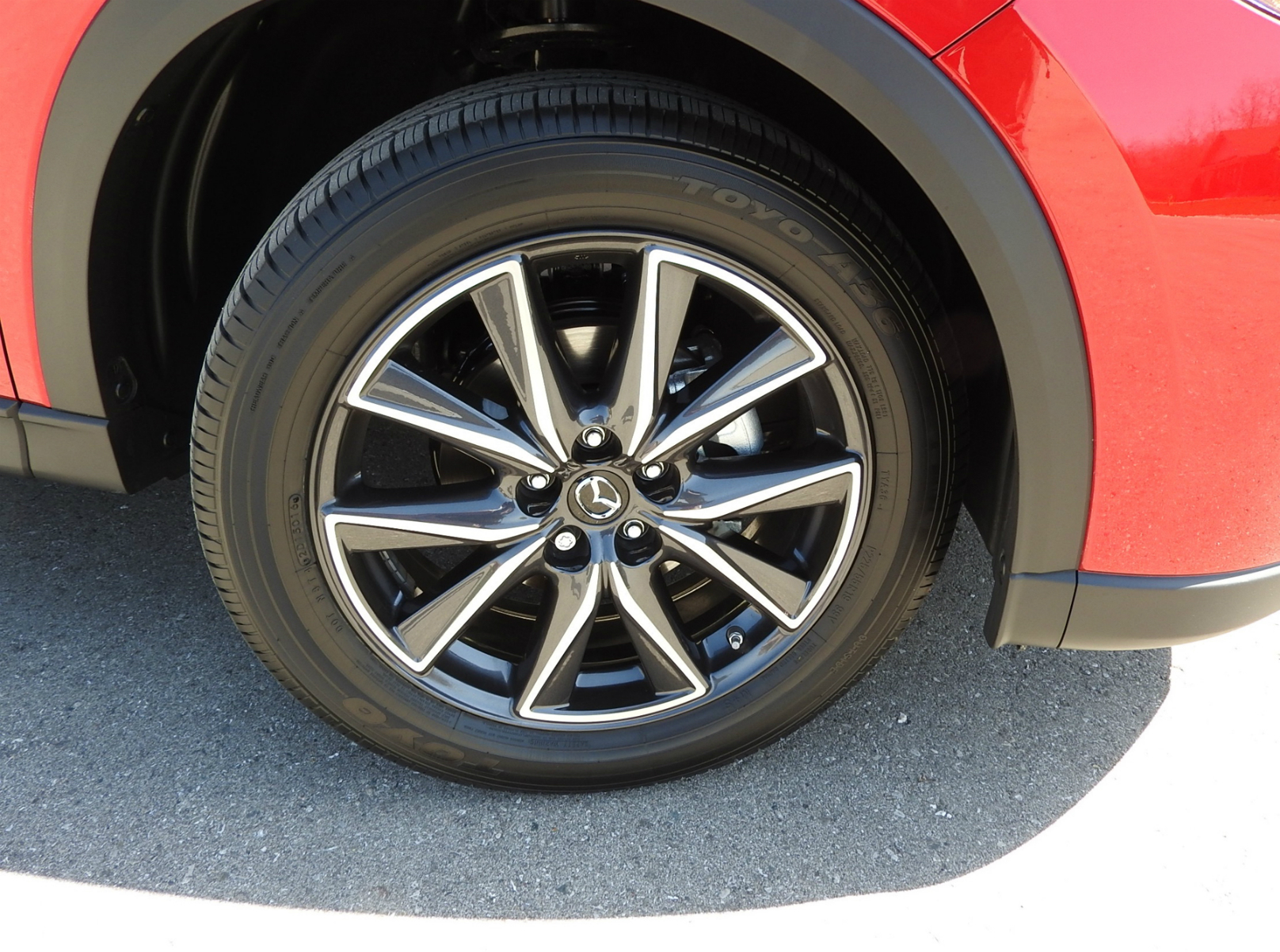 In keeping with its goal of taking the brand to a more premium level, Mazda has made available standard or optional features such as a power rear liftgate, front wiper de-icer, heated steering wheel, heated rear seats, 10 Bose speakers on the premium audio system, a traffic sign recognition system, head up display and a seat memory function.

I would expect the GS trim will have the highest take rate among buyers, but with its more upscale look and feel, the GT model may now pull in some consumers shopping the entry-luxury segment. It’s that good.

Our tester was beautifully finished inside with plush Pure White leather upholstery. Not something you’d want with little ones of the two- or four-legged variety, but certainly chic-looking for the couple enjoying an urban lifestyle.

Driving wise, I didn’t notice a huge difference between the first and second-gen models, but the efforts to cut down cabin noise didn’t go unnoticed and the ride is more comfortable and a little less choppy on rough roads.

The new CX-5 is still very much a driver’s car and one that should be in every conversation when you talk about the best compact crossovers on the market. 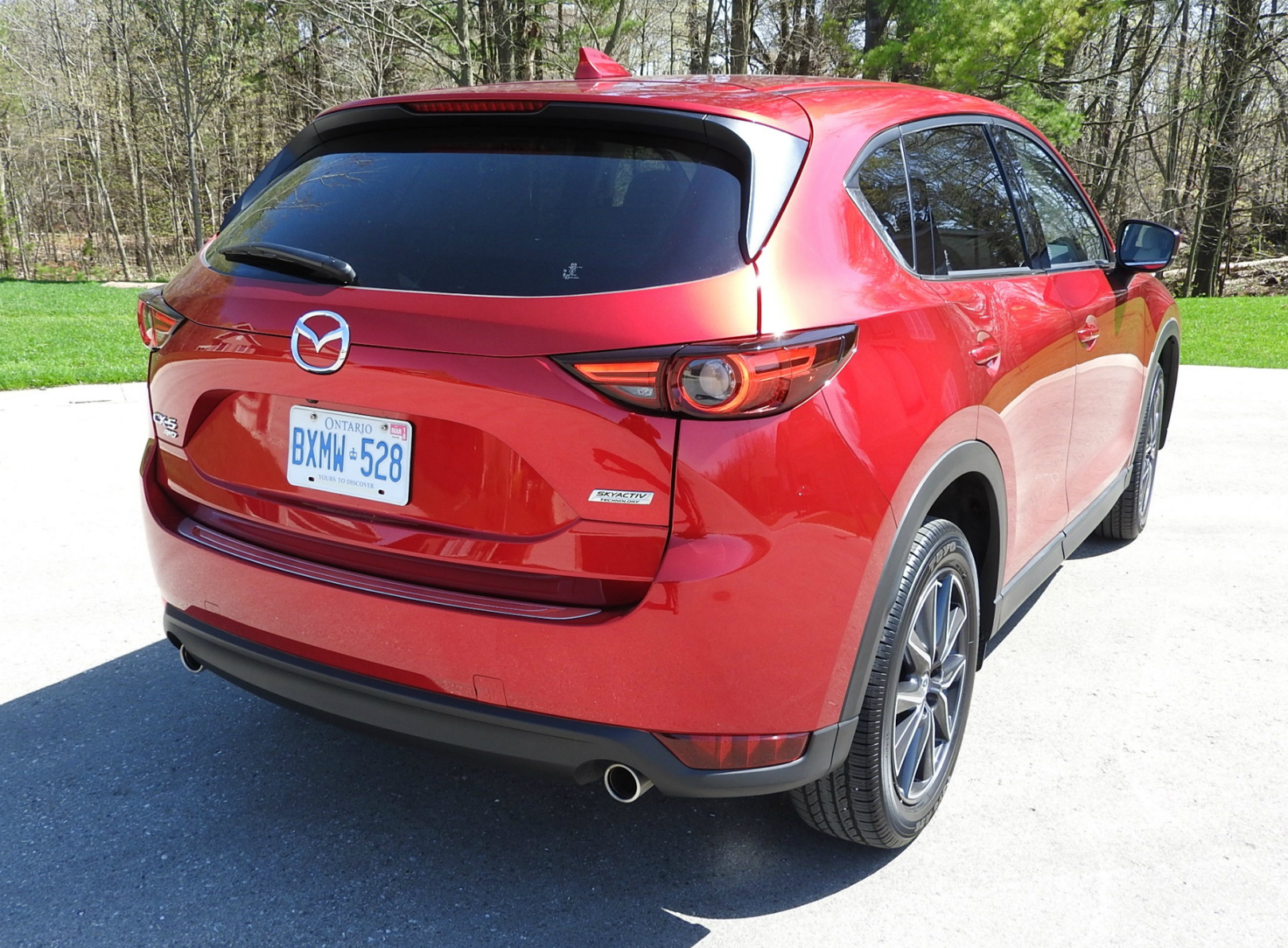