Macan has Practicality and Style befitting the Porsche Name

The Porsche Macan GTS is a stylish SUV that brings a smile to your face whenever you hit the accelerator.

It didn’t stop for five days.

That luck continued this year when I picked up a Porsche Macan and the very next day it started to snow and snow and snow.

Oh well, what better way to drive to work on a snowy, cold day than in a Porsche.

My first exposure to a Porsche was last year when I took part in the first leg of the Canada 150 Porsche tour, driving a 911 Carrera 4S from Toronto to Ottawa.

That car hit all the right buttons. 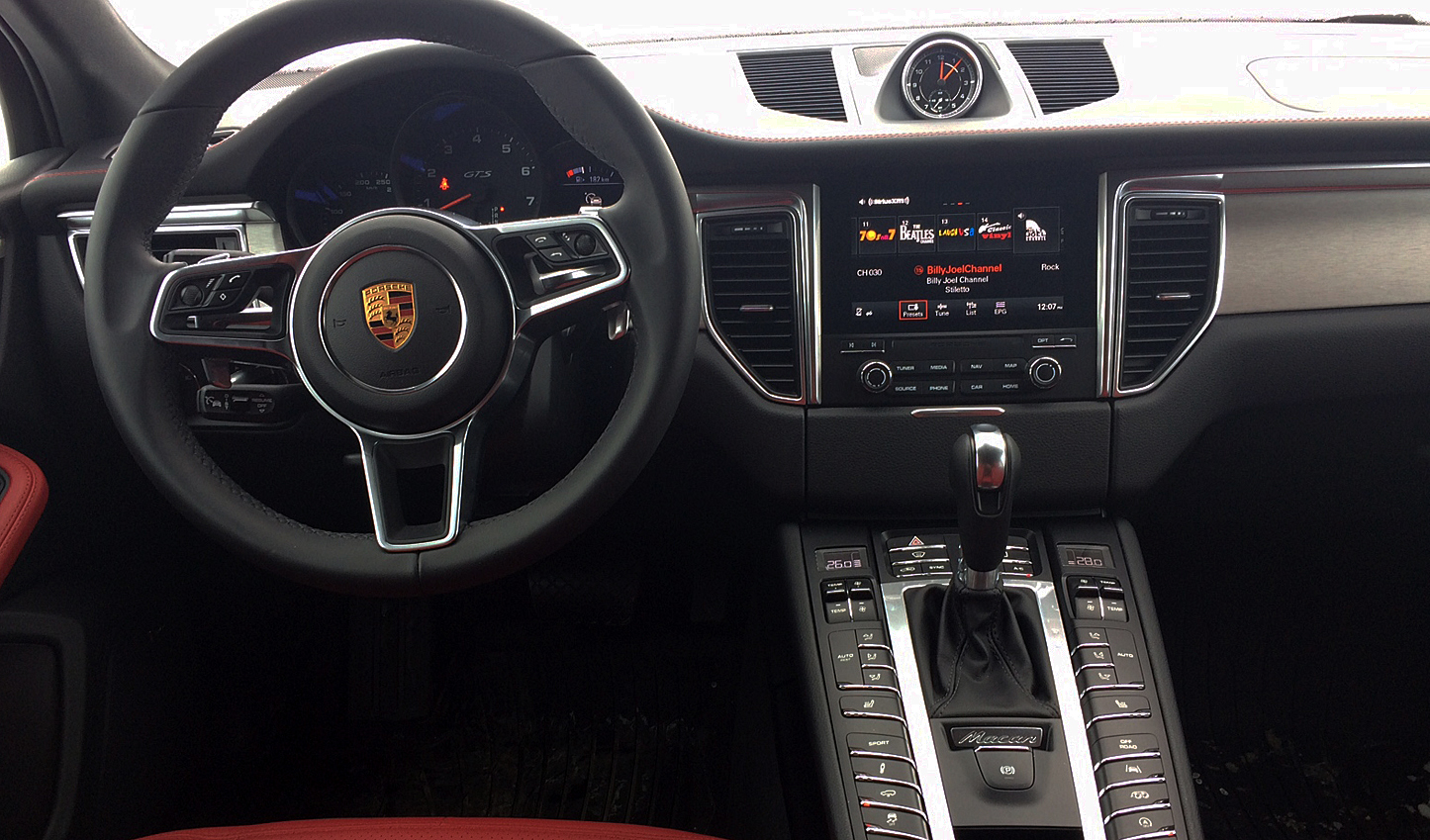 It was sleek, fast, comfortable for its size and eye candy to everyone whose head turned to see it on the road,

I wasn’t sure what to expect from the Macan but it also provided a smooth ride, handled the snow very well and drew a lot of attention from coworkers.

But, man those buttons.

More on that later.

The Macan comes in four trims: the Macan with 252 hp; the Macan S with 340 hp; the Macan GTS with 360 hp and the Macan Turbo with a whopping 400 horses. And don’t let that last name fool you; all Macans come with a turbocharged engine.

My tester for the week was the GTS and while its starting price is $76,000, Porsche provided a vehicle with a number of options such as adaptive cruise control, a premium package plus that includes the panoramic sunroof and front and back heated seats, and a red leather interior that brought the price up to $84,500.

That’s a lot of money but this is a Porsche and you are getting a lot of car.

But before I start talking about the vehicle I have to get the negative out of the way.

Those buttons. I’ve read the Macan interior looks like the cockpit of an airplane, which is an apt description. They are everywhere.

Beside you, above you, everywhere you looked there were buttons. It was a little overwhelming even for a tech geek like me.

Friends who had been looking to buy an SUV said they had looked at the Macan but those buttons scared them off. They bought a Mercedes-Benz instead.

You do become accustomed to them after a while but still they can be a little overwhelming.

My two favourite buttons surrounding the gear selector was one that gives the exhaust a throaty sound and one that raises and lowers the suspension of the vehicle.

Push the off-road setting and the Macan raises 40 mm to a ground clearance of 230 mm.

My other favourite button was above.

Push the panoramic sunroof button and the roof slides back in a graceful arc and disappears in the rear. I could watch that piece of magic over and over again. I’m not a fan of sunroofs but I will allow the Macan to be my one exception.

The drive in the Macan is what you would expect in a Porsche, it is tight and the vehicle hugs the road even when it is covered in snow.

Push the start button and the SUV comes alive, especially when the sport exhaust is turned on.

The turbocharged V6 responds to every touch of the accelerator and while Porsche says the Macan can go from 0-100 km/h in 5.2 seconds, I never had the chance to see how true that was. I can say the all-wheel drive made me feel very safe when driving through all the snow that fell that week.

The snow did cause one issue.

The parking sensors kept going off even when I was stopped or just sitting idling in front of my garage. It seemed even the smallest bit of snow set the sensor off.

As nice as the Macan is to drive, this SUV shines when it comes to style.

Just take a walk around it. All the lines work and the 20-inch Spyder designed wheels in black are a thing of beauty.

Overlook the excessive number of buttons and the cabin of the Macan is well-laid out and a joy to sit in. Porsche says the seats offer racing-style support and they do. 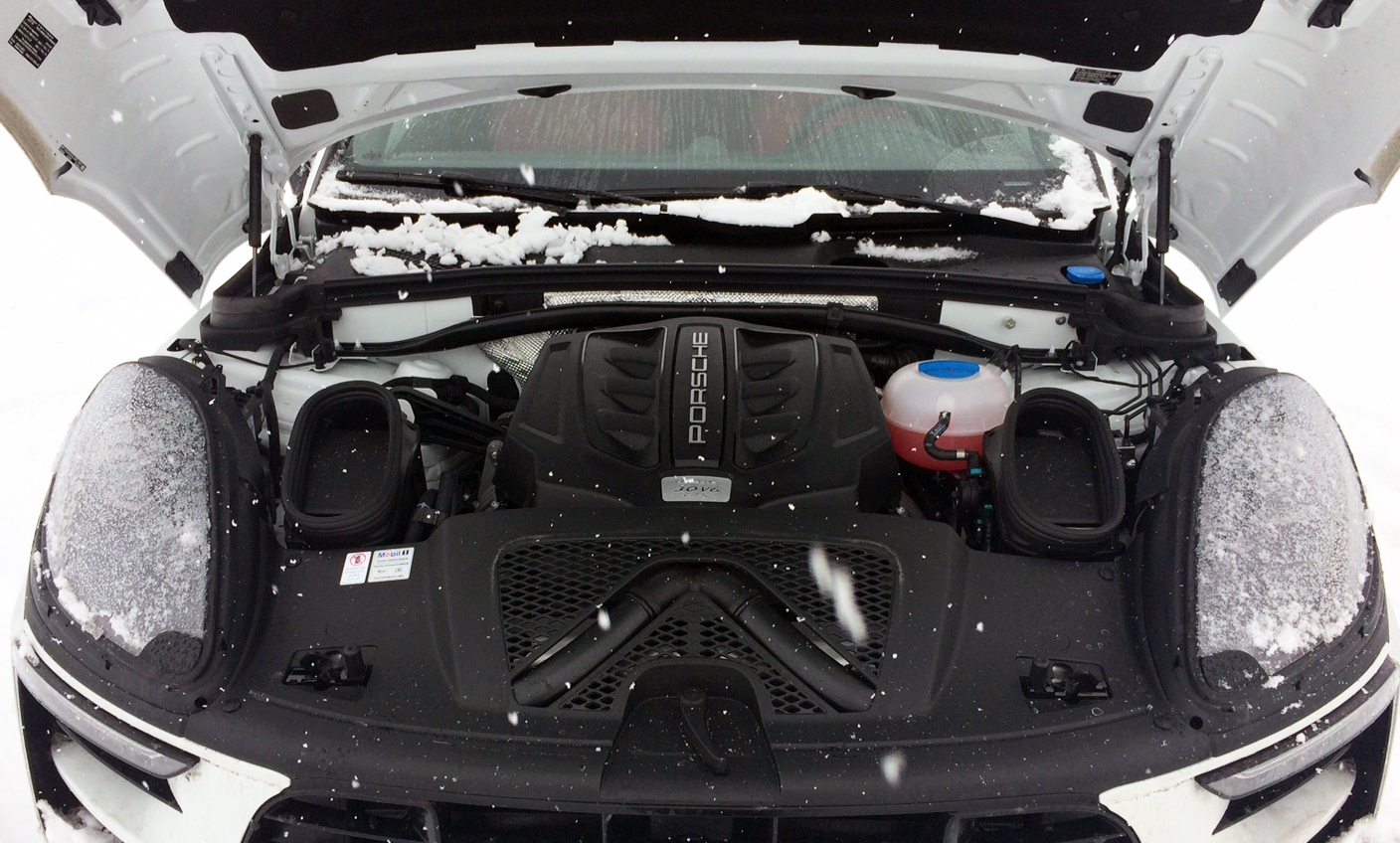 The 4.8-inch screen was easy to use and offers Apple Car play. The Bose sound system with 10 speakers is one of the best I have ever heard.

The Porsche Macan is a practical SUV as well, it better be, with 500 litres of room in the trunk which expands to 1,500 with the rear seats lowered.

Like many compact SUVs the rear seats would be comfortable for kids but adults will have some issues with legroom, especially on long trips.

You should also note that the Macan uses only premium gas and my week behind the wheel cost me $90 in gas.

At $84,500 the Macan GTS is an expensive SUV but for the money it offers a lot both in the style and innovation that comes with the Porsche name.

You could drop down and buy the base Macan model at $54,100, which allows you to drive a Porsche that won’t hurt your bank as much.

Whichever road you choose you won’t question your decision once you get behind the wheel. 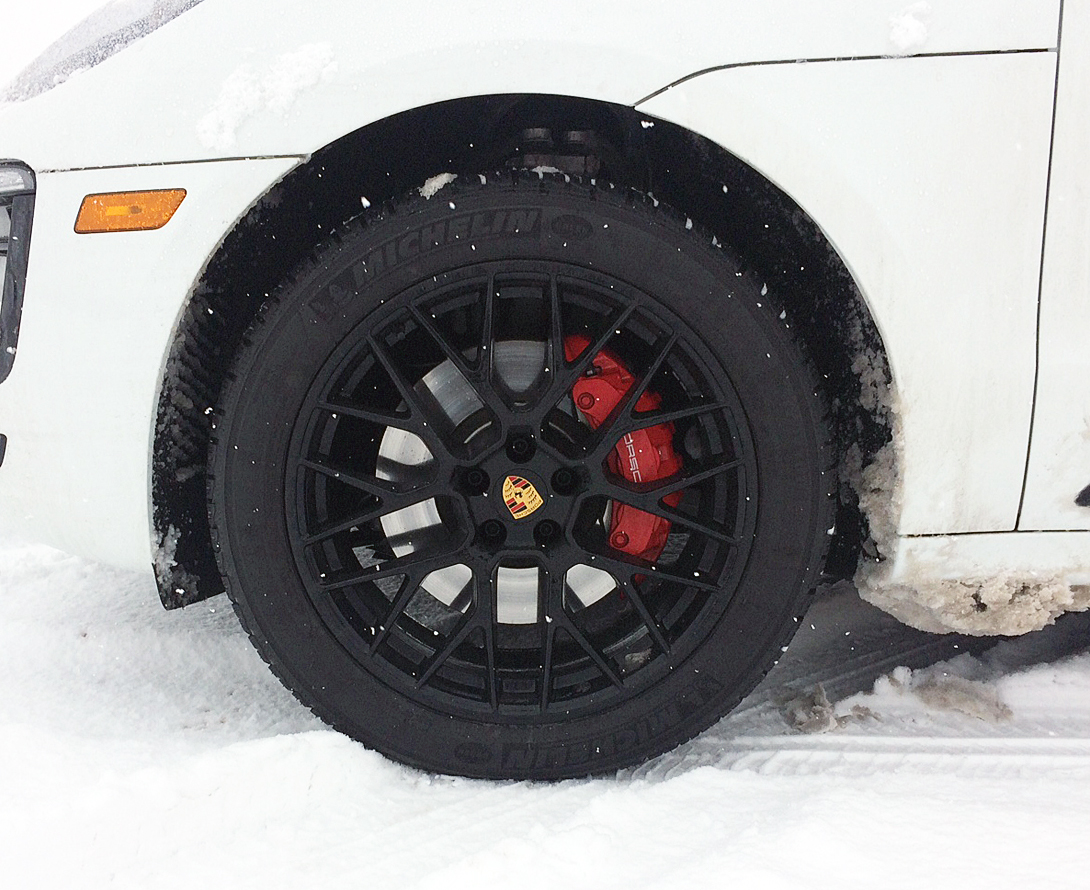