Kia’s 2017 Sportage has the “Power to Surprise”

VERNON, BC: Go anywhere in Canada today and you see the rise of the crossover, which presents any automaker with a big problem – how do I make ours stand out?

I don’t think anyone really realized the compact CUV is like a Cuckoo bird chick pushing its siblings out of the nest, just as CUVs are doing to small sedans and wagons. 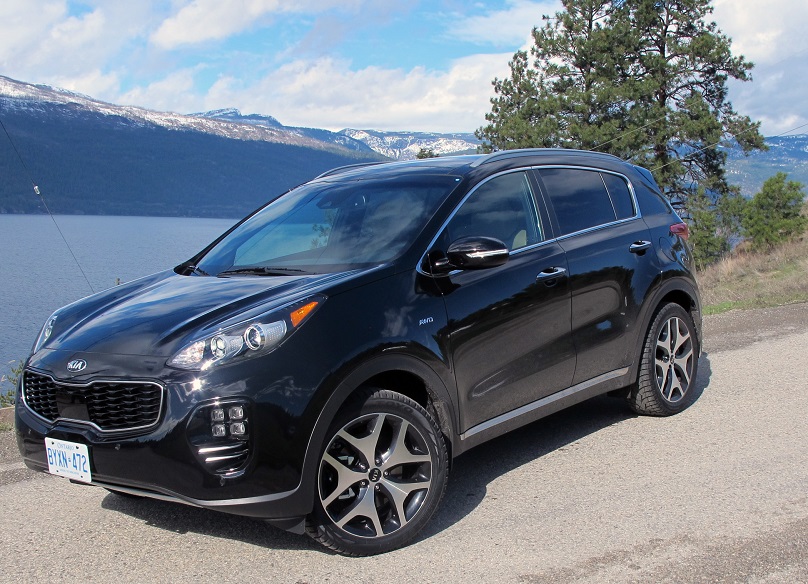 The migration to the compact CUV has become a full-blown stampede, with basic CUVs, entry-level luxury CUVs, premium CUVs – you name it.

The Japanese had what we now consider a CUV for years, until someone at Toyota had the bright idea to bring one to North America, which resulted in the 1995 RAV4 followed swiftly by the Honda CR-V, the Subaru Forester – and you know the rest.

In Korea, Kia had been building a very basic CUV based on the Mazda Bongo from 1993-2004, followed by a second generation that went on until 2010 selling in small numbers and which was largely ignored.

But by then Kia had entered the Peter Schreyer era and a lot of things began to change very quickly.

And one of those changes was styling. Schreyer and his team’s work on the Sportage transformed it from wallflower to a belle of the ball almost overnight. 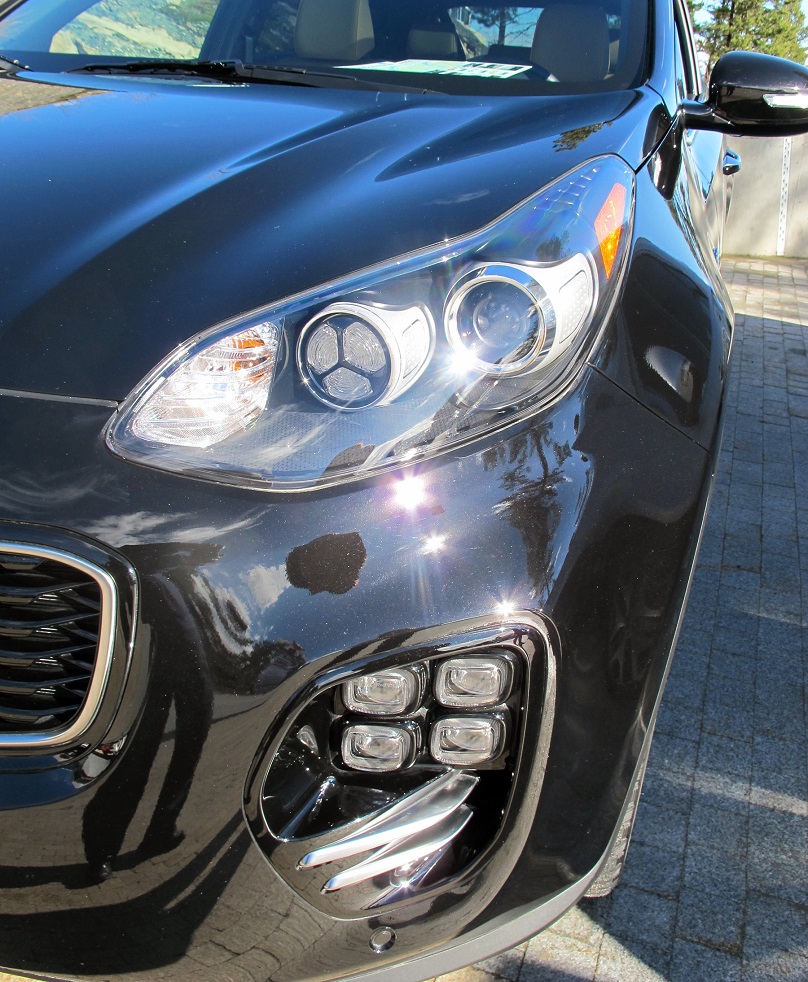 It’s hard to believe the new, 2017 is only the fourth generation Sportage, and goes back some 23 years.

But Kia has never strayed far from a winning formula.

I don’t think anyone really realized the compact CUV is like a Cuckoo bird chick pushing its siblings out of the nest, just as CUVs are doing to small sedans and wagons.

Like the previous generation, the new Sportage comes with two engines and a choice of front- or all-wheel-drive with a six-speed automatic transmission. 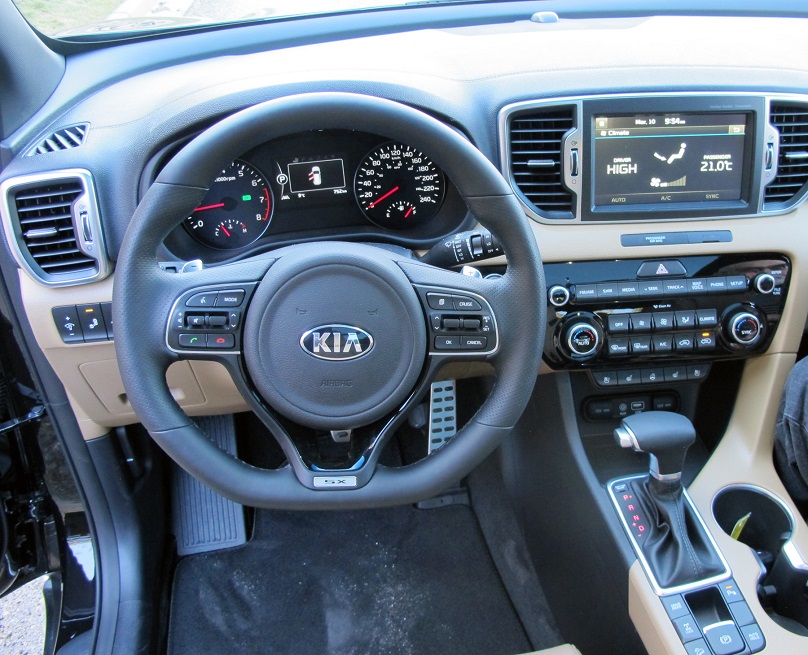 On the base LX and EX, the primary engine is a direct injection 2.4-litre inline four-cylinder with 181 hp and 175 lb/ft of torque.

On the two, topline models, the EX Tech and SX, there is Kia’s potent 2.0-litre twin turbo four-cylinder with 237 hp and 260 lb/ft of torque in AWD form only. 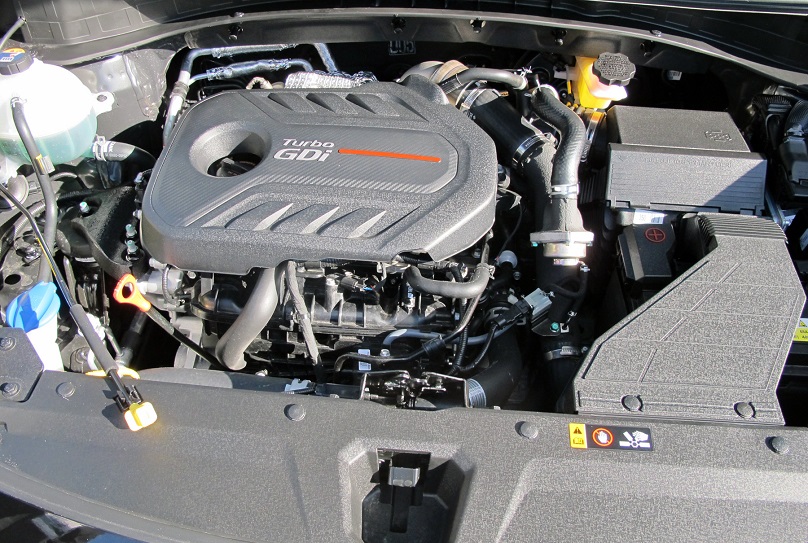 A standout for the Sportage is the standard Down Hill Descent Control (engaged by a button on the centre console) which is usually found on SUV/CUVs costing double or triple the cost of a base Sportage LX.

On a steep incline, punch the button on the centre console and computers take over and allow the Sportage to go down at a steady 8 km/h without the driver touching the brake or gas pedals.

During the launch of the new Sportage, Kia let us go off-road near Vernon, B.C., on a rutted, soggy path, including a steep incline, in the woods with deer literally on both sides watching our progress. 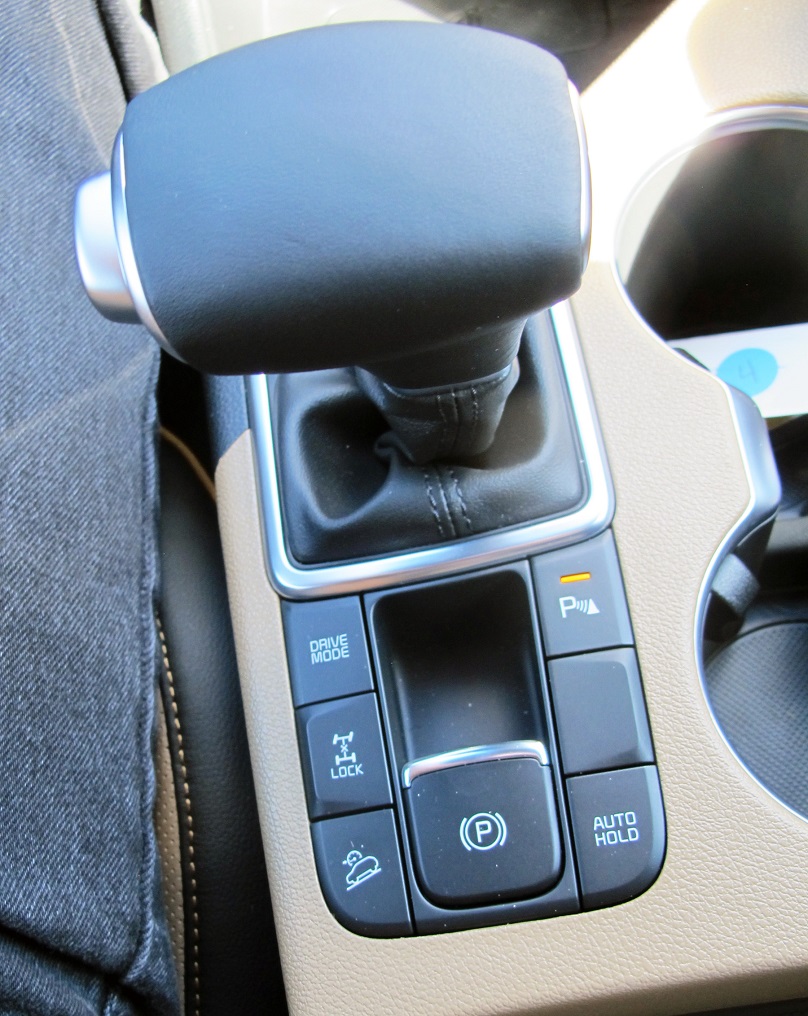 Friends, I simply cannot, as much as I have tried, switch on downhill control, nose over and plunge down to a forest floor without having my foot on the gas or brake pedal.

So I let someone else take over as I held my breath, closed my eyes while the deed was done with no drama whatsoever.

While the 2017 Sportage may look similar to the outgoing 2016, there are some subtle but important differences. 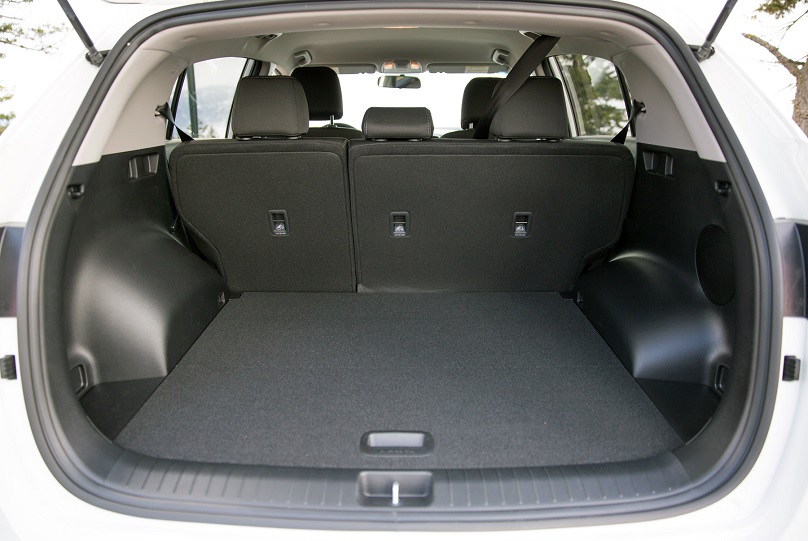 There are two separate nose treatments for cooling reasons, depending on engine choice. And, if you look closely, the area where front fog lamps used to be is now a duct to feed cooling air to the front brakes.

Sportage features an innovative dual-level cargo floor and a widened luggage area resulting in cargo capacity behind the second row that has grown substantially from 739 litres (26.1 cu ft) to 869 litres (30.7 cu ft) by (US) SAE standards. By relocating the licence plate from the bumper to the tailgate, the lift-over height has been lowered for easier loading and unloading.

A Smart Power Liftgate, which automatically opens when the key fob is within three feet of the vehicle, is also available.

During the press launch of the Sportage, Kia made the full model lineup available to autowriters. 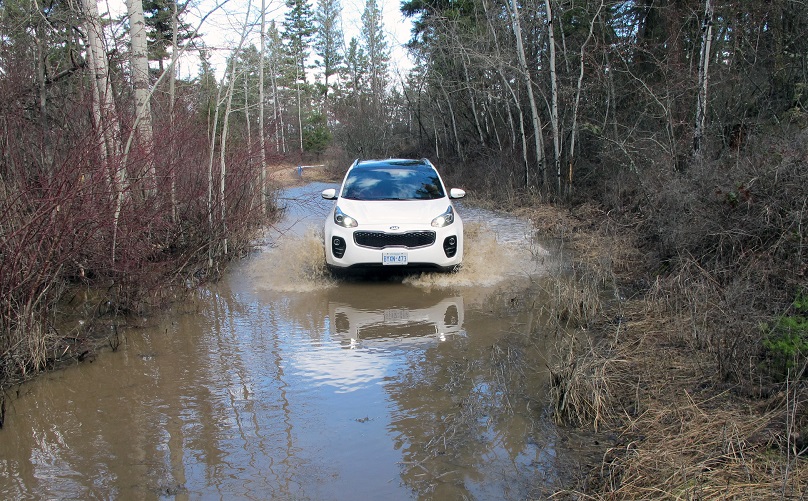 One of the feature which should attracted Canadian intenders is the availability of Kia’s Magna Canada sourced Dynamax intelligent AWD system, which is available on every trim and features a 50/50 locking centre differential. The system senses, anticipates, and optimizes traction needs for all road and weather conditions.

I wish I had room to delve into the over-flowing cup of connectivity, but suffice to say the new Sportage is the first Kia to offer UVO3, featuring Android Auto, Apple CarPlay (April availability), 14 telematics services, and eight GB of music storage and all free of charge.

But that is what Kia does, isn’t it?

They call it “The Power to Surprise” and I couldn’t agree more.