While the market for compact cars seems to be shifting almost by the month to compact crossovers, Kia believes the segment is still strong, which may explain why the new plant is pumping out Fortes not Sportages.

MONTERREY, MX: Coming in August to a Kia dealer near you will be the 2017 Forte from its all-new, world-class assembly plant in Mexico.

The plant itself is a marvel of construction, covering some 500 hectares (1,700 acres) and costing (US) $3 billion to complete.

Building began in September 2014 and was finished earlier this year, despite losing three months to record rain and flooding.

It is located in the Municipality of Nueva Leon in northeastern Mexico with Monterrey, the country’s second largest city, as its capital.

The plant is one of the most automated in the world, with (US) $75 million spent on production equipment such as robots and a stamping press that is 18 metres tall, making it one the largest of its kind in any Kia plant on the globe.

I was surprised to learn Mexico is the seventh largest auto producing country in the world, with 19 manufacturers and about 300 first tier suppliers.

Right now the Kia plant is building the Forte compact sedan and phasing in the Forte5 compact hatchback by August. 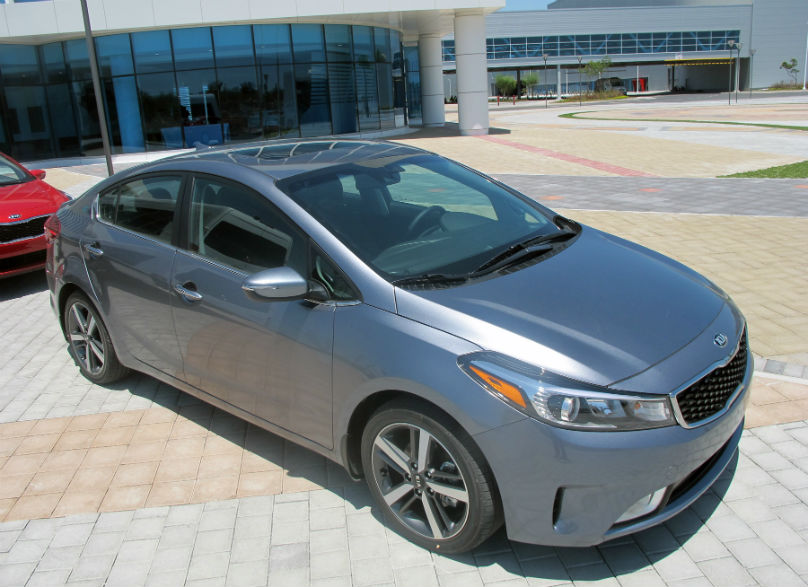 Visually, there are minor changes for 2017, including revised nose, grille and headlight treatments and the same at the rear.

One noticeable thing is the foglights have been moved from the standard lower front corners more to the middle, which frees that area up for ducts on each side that feed cooling air to the front wheels and brakes. 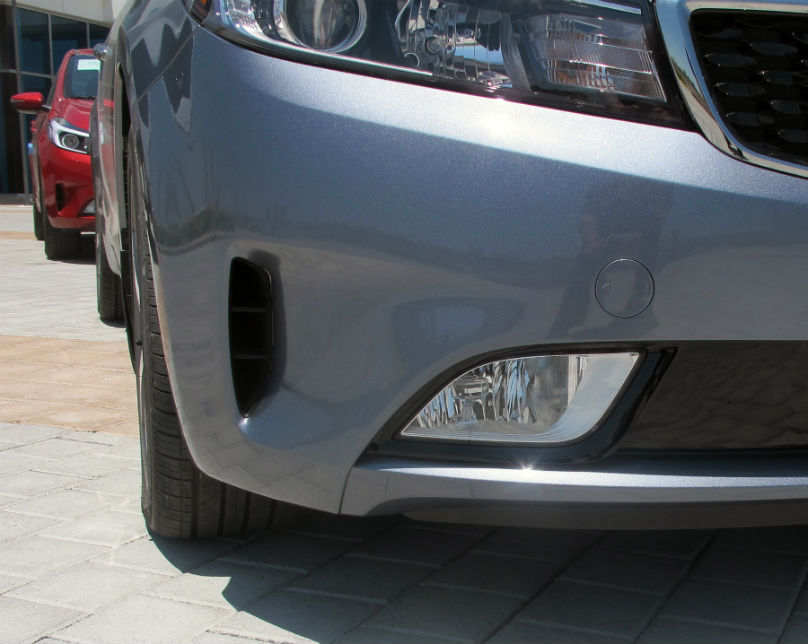 They will be featured on all Kias henceforth.

Inside, the centre stack has been revised as well as the shifter with a piano black faceplate.

One major change is a move away from the 1.8-litre former base engine to a new 2.0-litre Atkinson Cycle inline four-cylinder with 147 hp and 132 lb/ft of torque driving the front wheels. 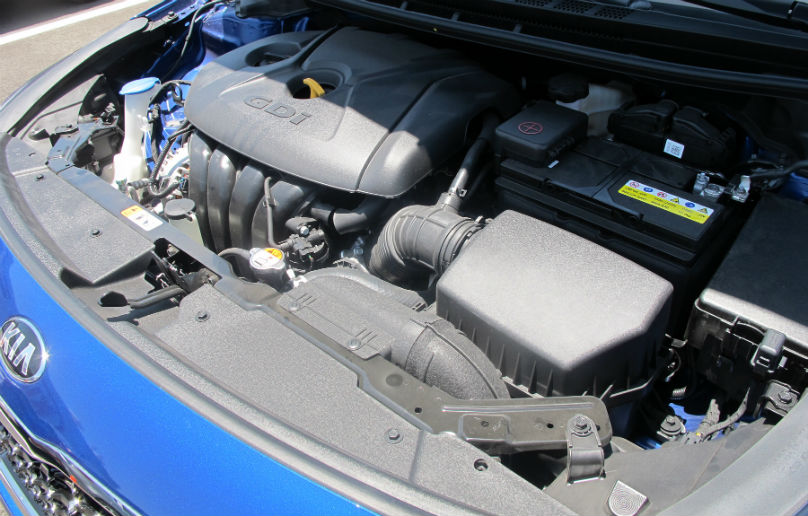 Asked why Kia does not have a CVT with the Atkinson, as do several other manufacturers, the answer was Kia feels the CVT is still a work in progress as far as they are concerned.

The new engine is offered on the base LX with a six-speed transmission standard and six-speed automatic optional.

The other engine on the mid-range EX and topline SX is a 2.0-litre direct injection four-cylinder with 164 hp and 151 lb/ft of torque with a six-speed automatic featuring Drive Mode that changes transmission and engine responses in Normal, Eco or Sport modes. 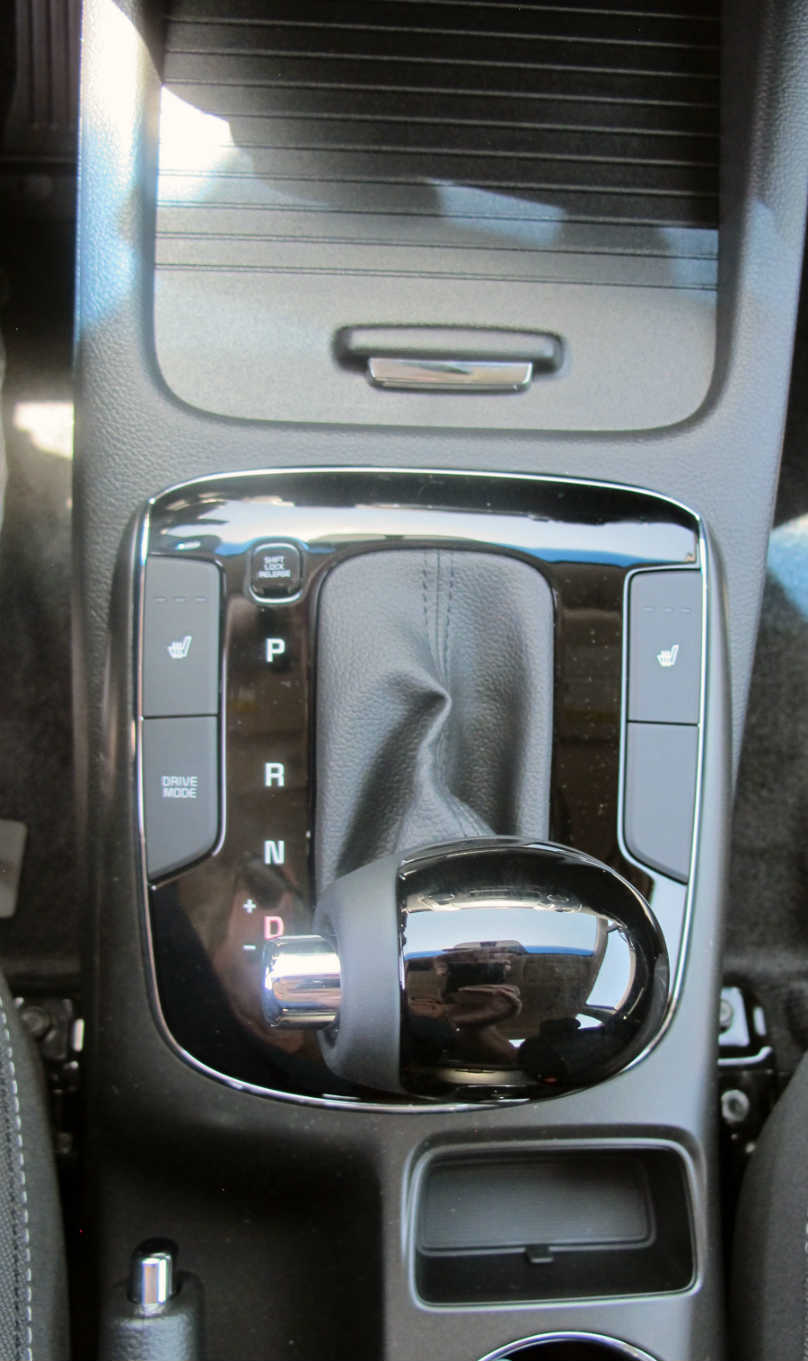 When the Forte5 starts arriving, the SX will feature a twin turbo, direct injection 1.6-litre which should give it a very sporting 200 hp.

New on the EX Luxury model and above is Blind Spot detection while the SX is now available with Lane Keeping Assist, Auto Emergency Braking and adaptive headlights.

EX trims and up have a “smart trunk” feature that automatically opens the trunk if you stand near the bumper area for three seconds or more. To deactivate it, press the smart key twice more or simply move away. 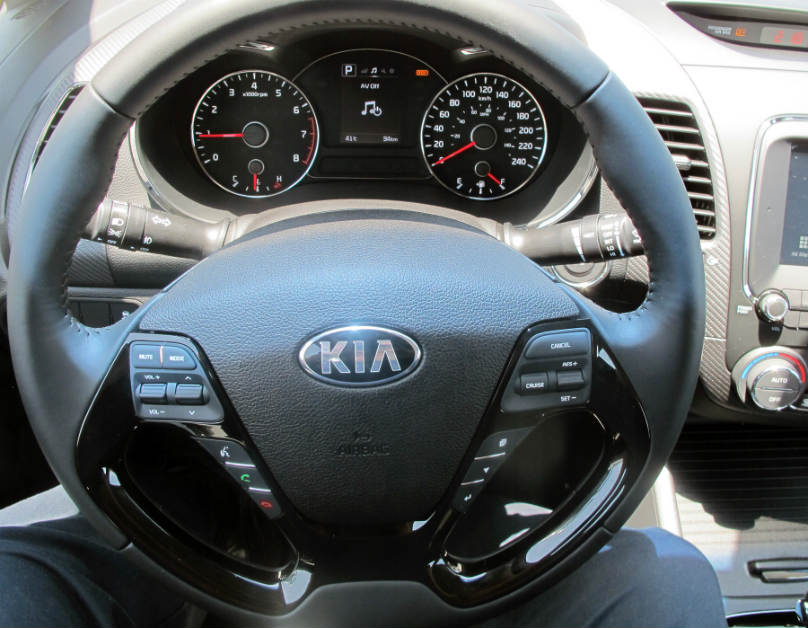 The plant is currently turning out 68 vehicles an hour. When one comes off the line, it is taken to a test track where it is driven over a number of road surfaces, hills, water and there is also an acceleration/handling section.

Each and every Forte goes through this test before being released for sale/export.

Throughout the plant tour, the constant checking by people and robots for quality, fit and finish was evident and speaks volumes as to why Kia is ranked number one for initial customer satisfaction in the most recent J. D. Power survey.

The day we were there, it was a blistering 41 degrees Celsius with no shade.

We were given the first six Canadian spec vehicles off the line, but could not drive them outside the plant and onto Mexican soil due to trade/tax concerns.

Thusly, driving was restricted to inside the plant walls and a small parking lot with cones to mark a handling track. 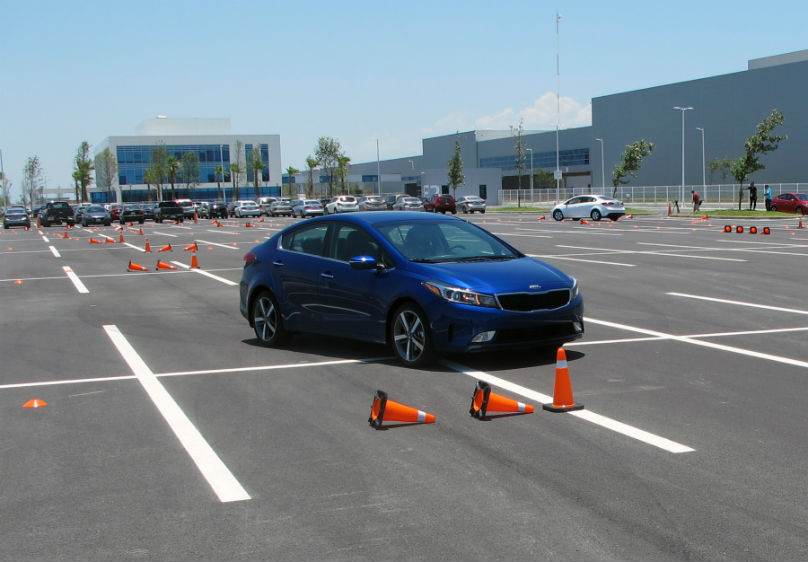 There wasn’t much time to wring out the Forte, which is why this story is being called a preview not a review, which will come later when it arrived in the press fleet here in Canada.

One thing I can tell you is the air conditioning worked very well, for which I was truly thankful.

And while the market for compact cars seems to be shifting almost by the month to compact crossovers, Kia believes the segment is still strong, which may explain why the new plant is pumping out Fortes not Sportages.

Kia didn’t get to where it is today by making wrong decisions.

So by sticking with the compact car, they will probably prove the brand’s motto true – The Power To Surprise. 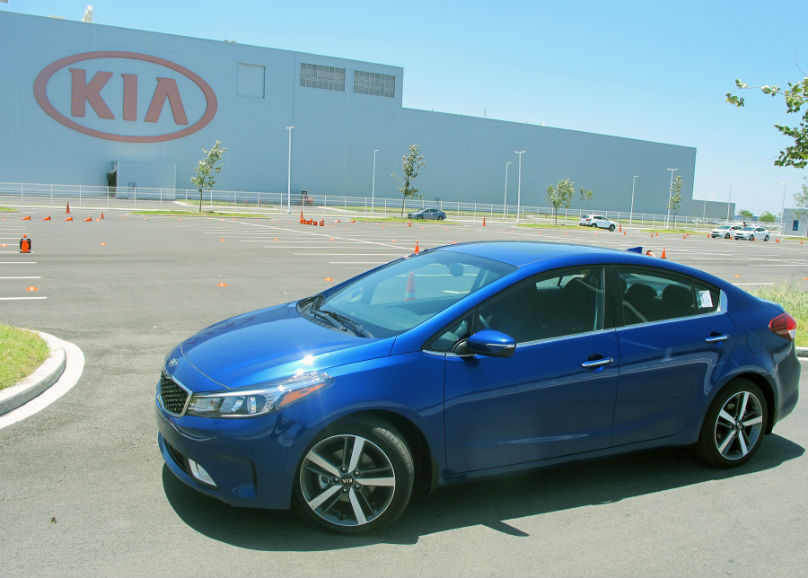