Jaguar’s branching out into the SUV world with the red hot F-Pace as the fifth model in the family.

ASPEN, CO.: Jaguar may be a late-comer to the crossover party with the introduction of the 2017 F-Pace, the brand’s first-ever SUV, but the wait has been worthwhile for all concerned.

Just like the criticism of Porsche when its Cayenne SUV was introduced, there may be some purists who ‘pooh-pooh’ the British carmaker for abandoning its long tradition of building luxury automobiles only and branching out into the SUV world with the F-Pace as the fifth model in the family.

That may be the case, but even after less than a full month of sales in June, the F-Pace is already Jaguar’s best-selling vehicle in Canada with 222 units delivered as it enters a segment that is red hot with the crossover SUVs market growing by leaps and bounds. 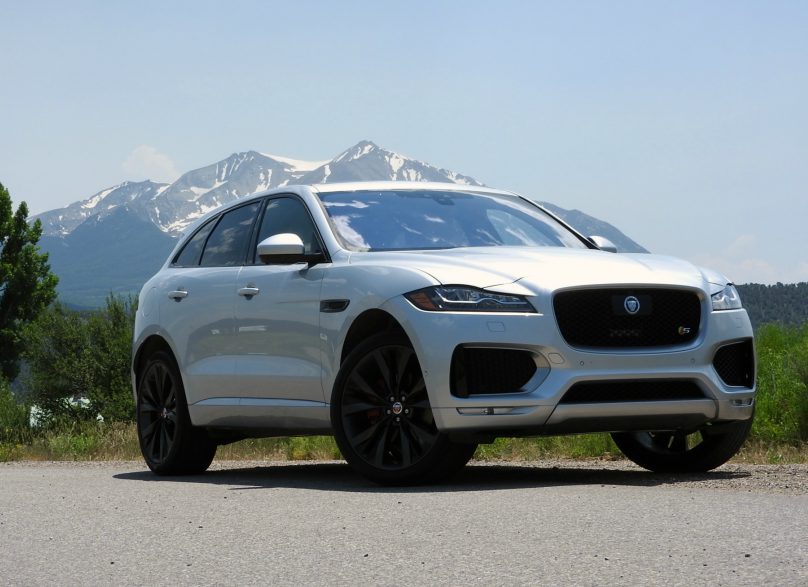 To put it in perspective, the 222 units accounted for nearly half of Jaguar’s 483 units sold during the month.

Combined with the also new-for-2017 XE compact luxury sedan, sales for Jaguar are about to reach levels never before seen in Canada as both models start at under $50k.

Granted, Jaguar will never be a segment leader on the sales charts, but the F-Pace and XE are poised to sell in much higher volumes than the XJ, XF and F-Type. 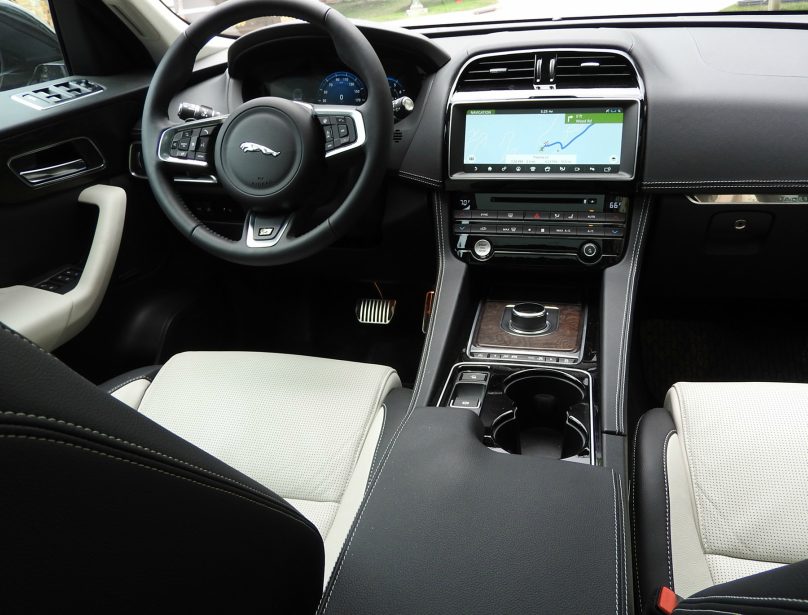 This will bring a whole new demographic into Jaguar showrooms; younger buyers who never before had the wherewithal to move into the brand, but now have that opportunity with pricing at a more affordable level.

The luxury compact crossover market is a highly competitive one with models from Porsche, BMW, Mercedes-Benz and Audi leading the way. Now Jaguar is in the mix with an entirely new platform, not one from its corporate sibling of Land Rover.

Both the F-Pace and XE are built on the same aluminum intensive platform and enter the rapidly expanding entry-luxury market. In fact, more than three-quarters of the structure of the F-Pace is aluminum, allowing for a nearly 50:50 weight distribution. 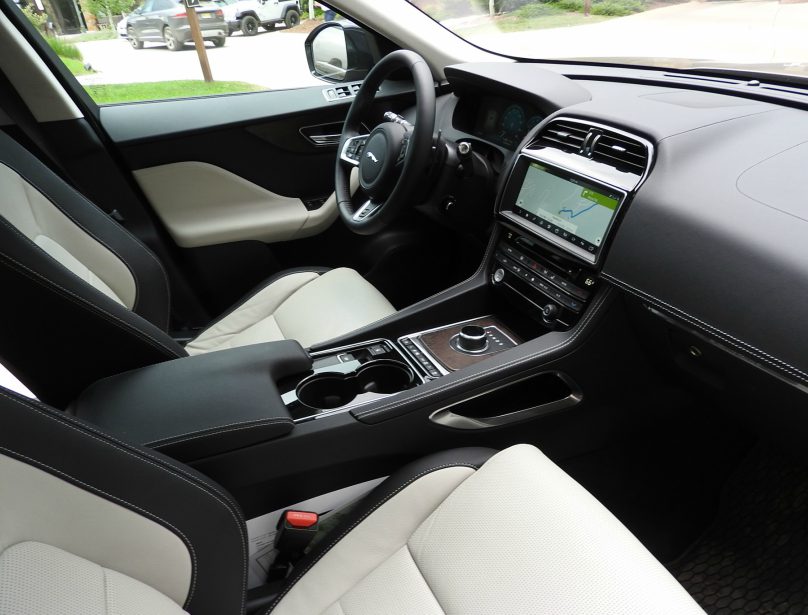 At launch, Canadian buyers will have the choice of two supercharged 3.0-litre V6 engines, one delivering 340 hp and the other retuned to produce 380 hp. Both are mated to an eight-speed automatic transmission with torque-on-demand all-wheel drive.

Following later in the year will be a new 180 hp 2-litre four-cylinder Ingenium turbo diesel engine that is also offered in the XE. While horsepower may be modest, this engine has 319 lb/ft of torque.

We didn’t get an opportunity to drive this model at launch and fuel economy numbers are not yet available, but this will be the engine of choice for those who value economy over performance as we discovered during a drive in the XE. 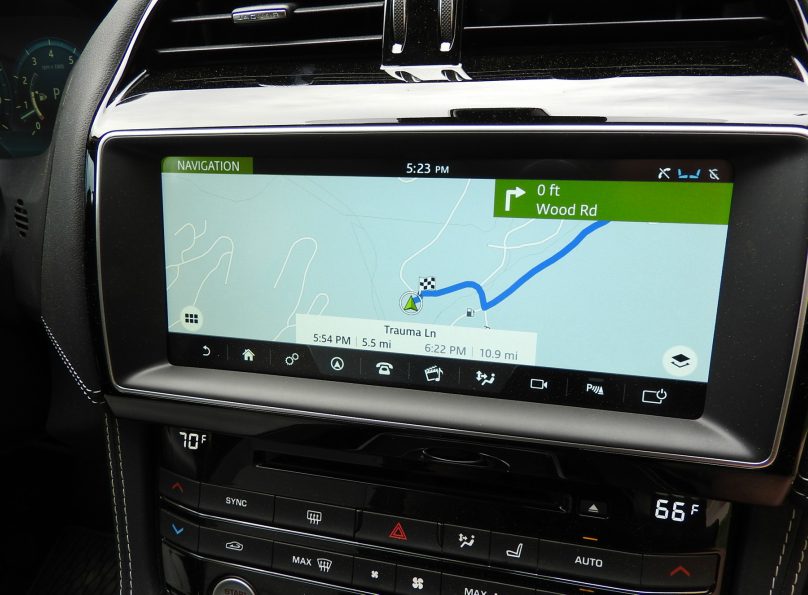 The F-Pace shares the supercharged V6 engines with the F-Type sports car.

All-wheel drive in the F-Pace is on-demand. The system sends 90 per cent of torque to the rear wheels under normal driving conditions, but on low friction surfaces such as grass or mud, the torque is balanced 50:50 front and rear. 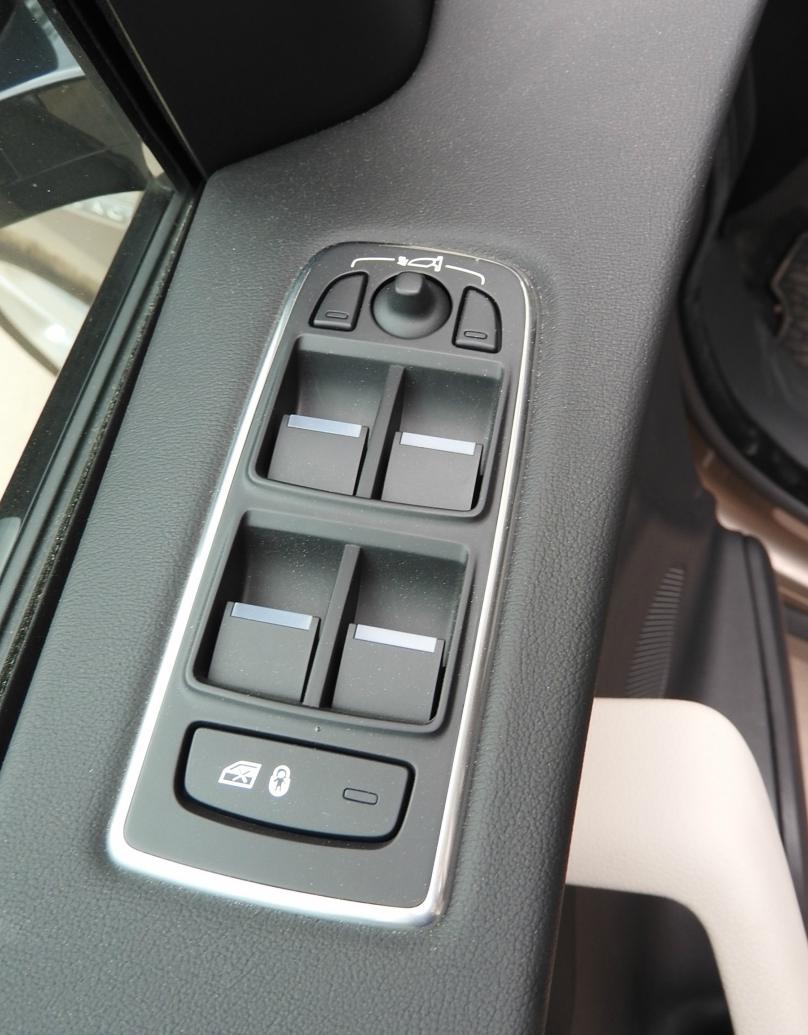 When conditions are changeable, more than 90 per cent of the torque can be distributed from the rear wheels to the front. The system acts so quickly that the switch from rear- to all-wheel drive is done in 165 milliseconds.

At the launch, we sampled the top-shelf F-Pace S model, which came outfitted with optional 22-inch wheels (20-inch alloys are standard) and of course, the 380 hp V6 that Jaguar claims will launch the vehicle from 0-100 km/h in 5.5 seconds. 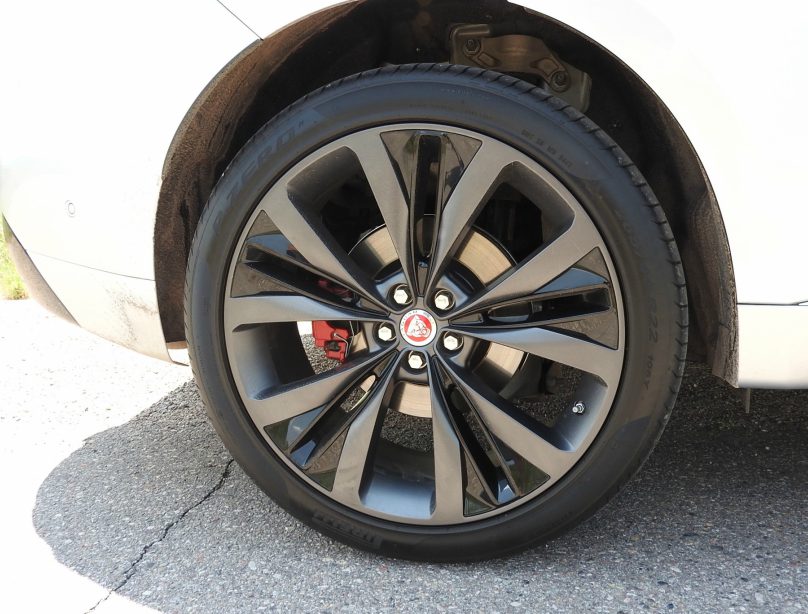 Inside, the F-Pace is roomy and comfortable, front and back. Legroom in the rear is generous even for a six-footer like myself. The rear seats are 40/20/40 split folding and they can enlarge on the 650 litres of cargo space when they are folded.

If I had one nit to pick with the interior it would be with the odd placement of the window control switches, which sit on top of the side door panels.

The instrument cluster, like the XE sedan, features an optional InControl Touch Pro infotainment system that has a 259 mm (10.2-inch) capacitive touch screen. In front of the driver is a 312 mm (12.3-inch) HD instrument cluster with full-screen navigation display, supplemented by a laser head-up display just above the dash on the lower windshield. Also available is InControl WiFi, capable of hosting up to eight devices.

We tested the F-Pace on windy roads in and around the Rocky Mountain resort town of Aspen. All in all, the vehicle was a treat to drive— combining athleticism and luxury.

Jaguar has high hopes for its first-ever SUV and if initial sales are any indication, Jaguar has a winner on its hands here in Canada. 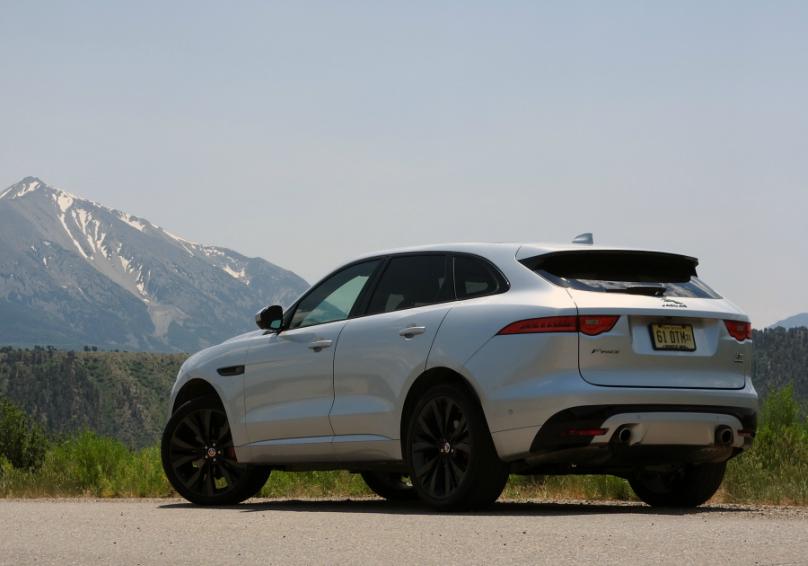