The Hyundai Sonata Hybrid is spacious, five-passenger mid-size sedan that offers the Blue Drive system a new lithium-polymer battery pack that is 13 per cent more powerful with a capacity of 1.62 kWh, getting sub 6.0 L/100 km fuel economy

Conventional wisdom says it’s not a matter of if, but when oil prices begin to climb again.

Until then, great products like Hyundai’s 2016 Sonata Hybrid will be a tough sell as consumers pay less attention to fuel economy than they do when prices skyrocket.

That’s a shame because the gas-electric Sonata Hybrid is a vehicle that can provide outstanding fuel economy and at the same time perform no different driving wise than the regular gasoline-powered Sonata. 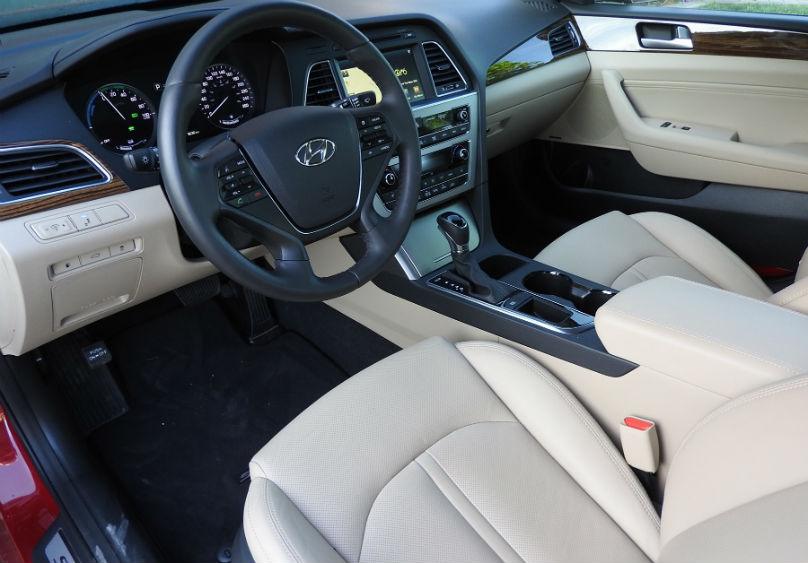 This is the second generation of Hyundai’s intermediate hybrid five-passenger sedan.

Unlike the regular Sonata that is built in the U.S., the hybrid and a new-for-2016 plug-in Sonata hybrid are assembled at the Asan plant in South Korea.

Hyundai has improved fuel efficiency in this new version of the Sonata Hybrid by using a 2.0-litre inline four-cylinder that replaces the 2.4-litre engine in the outgoing model. It is combined with a 38 kW electric motor inside the six-speed automatic transmission housing where it replaces the torque converter. 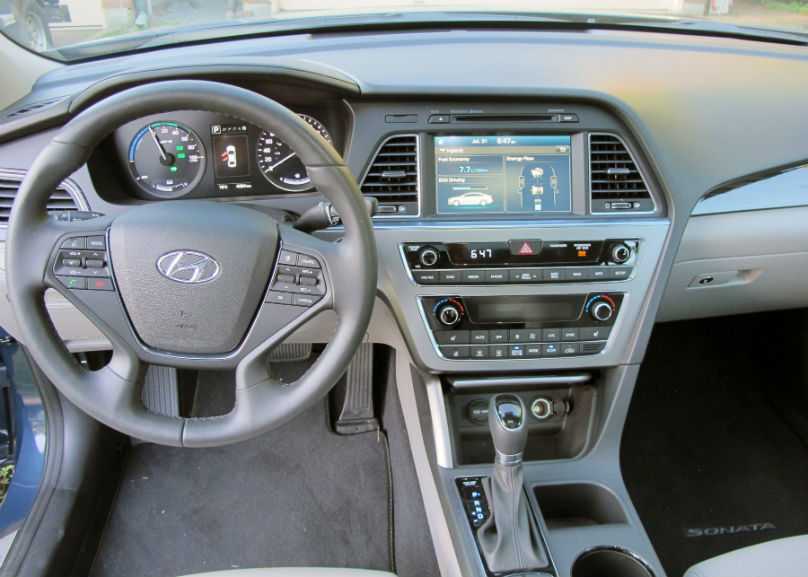 Many of the manufacturers have names for their hybrid systems and Hyundai’s is Blue Drive.

For 2016, the Sonata Hybrid has a number of design elements that differentiate it from the traditional Sonata. 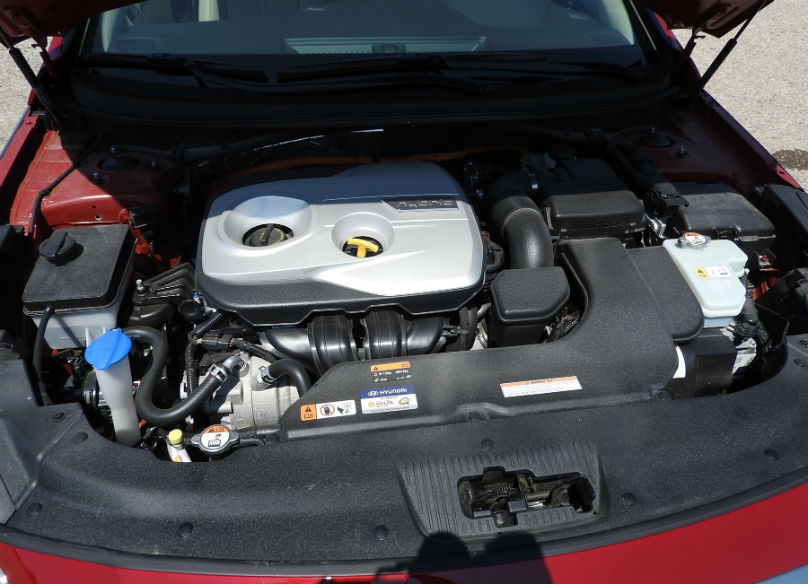 Features such as a unique front grille, front and rear bumpers, front fenders, front and rear lights, chrome side moldings, badges and new wheels set it apart from the gasoline-powered Sonata and help it achieve an amazing coefficient of drag of 0.24, best in class, according to Hyundai.

A key feature of the Blue Drive system is a new lithium-polymer battery pack that is 13 per cent more powerful than the outgoing one with a capacity of 1.62 kWh.

More importantly, the battery now sits below the trunk floor, meaning more rear seat legroom and a 10 per cent increase in cargo volume to 380 litres. It also allows for 60/40 split folding rear seats that open up even more cargo volume when required. 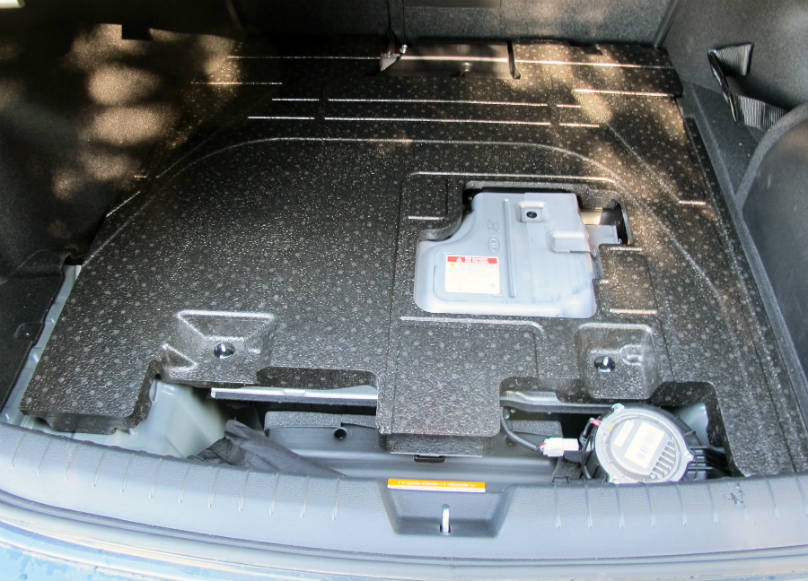 For 2016, the Sonata Hybrid comes in three flavours, Hybrid, Limited and Ultimate, starting at $29,649. This compares with a starting price of $24,749 for the GL base model in the gasoline version.

That’s nearly a $5,000 price differential and one that many consumers wouldn’t consider with the cost of fuel as it is today. Buyers tend to think with their wallets and until fuel prices start to climb, it will be difficult to persuade them that this is a good deal.

But for those who put fuel economy above performance and require a midsize sedan, the Sonata Hybrid makes a lot of sense.

The cabin is a pleasant place, quiet when the car is in gasoline mode and dead quiet in electric mode when all you hear is a bit of tire and wind noise and that’s about it.

What makes the Sonata Hybrid so appealing to me is the fact that it feels and drives like a regular car. That may sound crazy, but with many other hybrids there is a noticeable difference.

I like the fact that it has a traditional six-speed automatic transmission, not a Continuously Variable Transmission (CVT), which many other manufacturers are turning too because of their better fuel efficiency. There are differences with CVTs, particularly the “whine” that many of them produce. 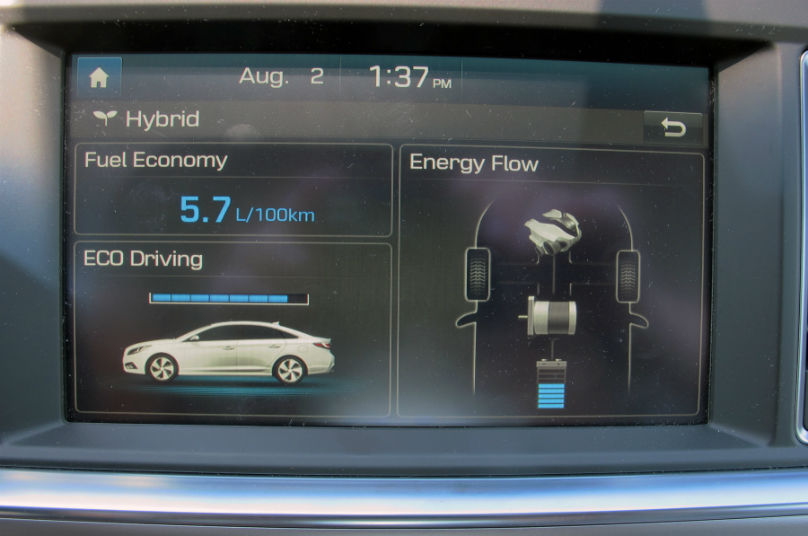 Another plus is that the brakes have a very normal feel even though it is through the regenerative braking that electric energy is produced.

There are three driving modes to select from— Normal, Sport and Eco. Acceleration from 0-100 km/h takes about eight seconds, which is fast enough in my books. 5.8L/100 km in most of my runs with the car, slightly above that when it was straight highway driving.

Seating is comfortable and the interior has an upscale look and feel, something you wouldn’t have said years ago with a Hyundai. 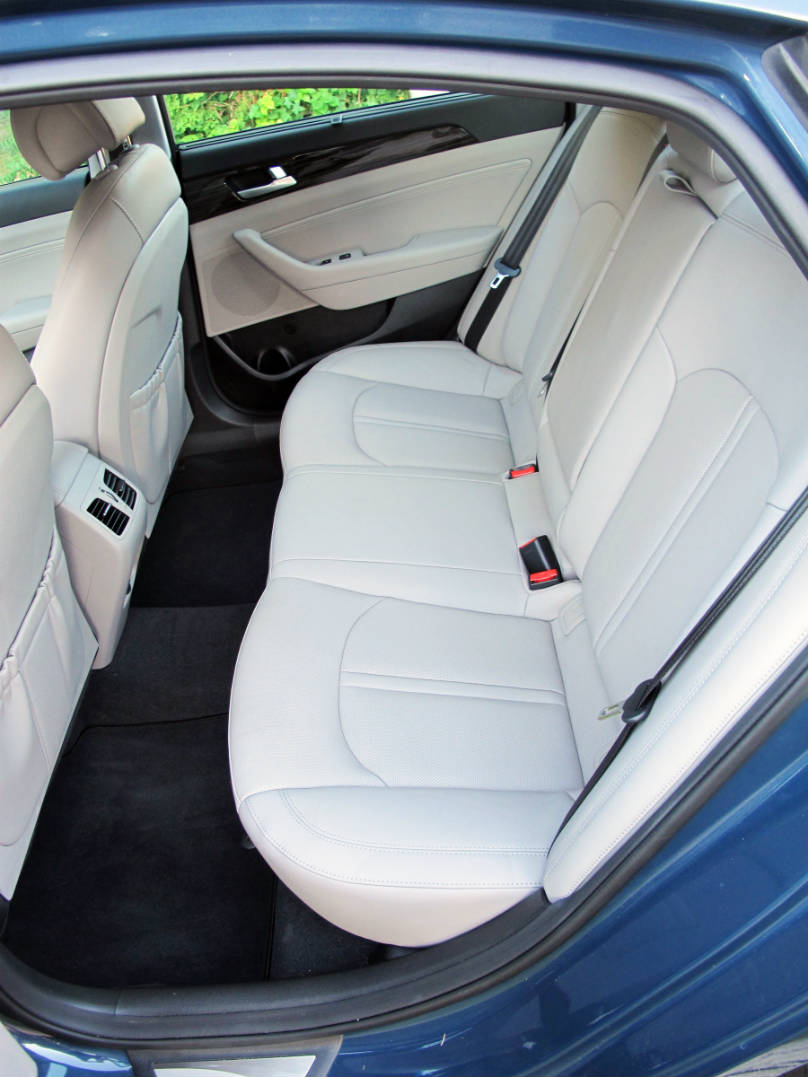 With the improvements on this new generation model, the Sonata Hybrid is now a true contender in the mid-size hybrid sedan market. If that’s your shopping territory, be sure to give this car a good long look. 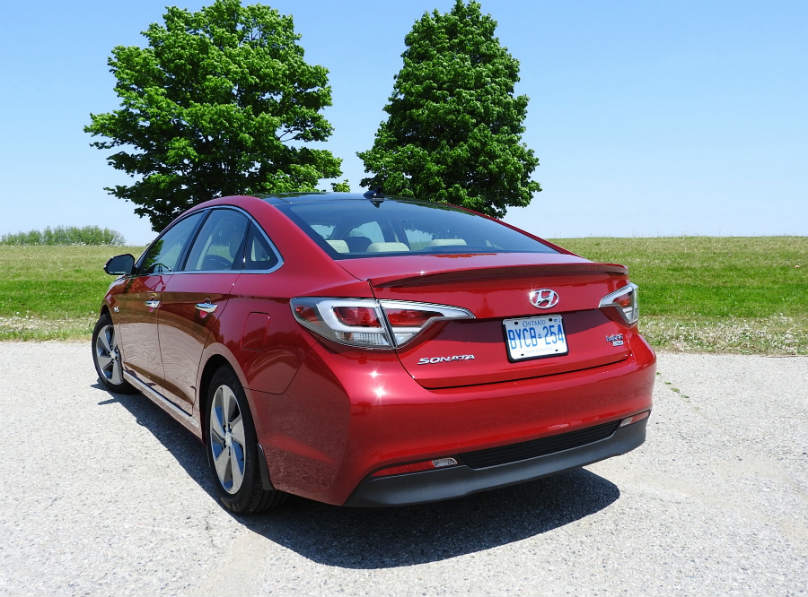