Leads with comfort, but the technology features are the standout

Not only is the redesigned 2021 GMC Yukon comfortable on multiple levels – from the space and the seat quality to the surprisingly level handling – but you can also watch YouTube videos or play console video games on the optional factory-installed second-row screens. Once they’re in, your teenagers might never want to leave.

Of course, this is far from being a bargain offering. The Yukon Denali starts at $79,798 with delivery charges, and a quick run through the build and price function on the GMC Canada website says equipping one like this test unit would cost just under $95,000. You’d think this would bring sticker shock, but evidently not so much. Brand representatives say they expect 80 per cent of Yukon sales to be either the off-road AT4 grade (from $74,698) or the top-of-the-line Denali.

Where things get interesting mechanically is in the suspension. Denali and AT4 come with a magnetic ride suspension as standard, but the optional adaptive air suspension smooths out the truck’s reactions to rough pavement and adds settings that change the ride height by up to 10 cm (5 cm below the default while parked for entry and exit, for instance, and 5 cm higher in 4-low mode). Between this and the truck’s low centre of gravity, you’d be hard-pressed to find a better handling large SUV.

Denali gets its own grille design – which is perhaps best described as dominant, but that seems to be the trend in grilles these days – and its own interior layout with the 10.2-inch infotainment screen inset into the dashboard amid four available colour combinations. The interior in this test unit comes with attractive open-pore wood inlays finished with a gradient stain. 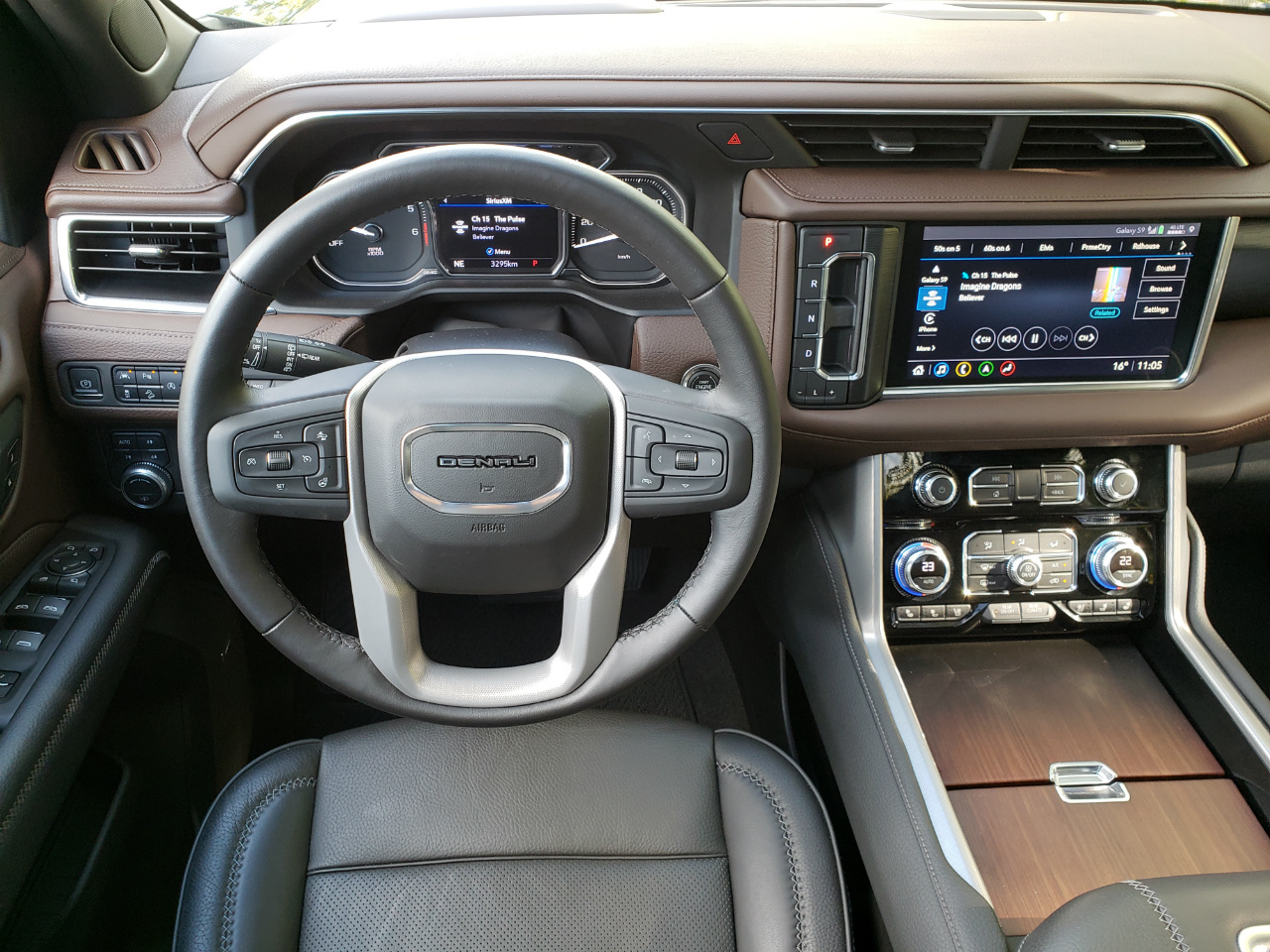 A switch to independent rear suspension means that there’s now 66 per cent more cargo space behind the third row than the outgoing model for a total of 722 litres, and third row passengers have 40 per cent more legroom than they used to.

And the tech features are numerous. Nine camera views, a 15-inch head-up display, and up to eight USB ports are available, and compatible phones can connect wirelessly to Android Auto or Apple CarPlay (but sadly, my two-year-old Galaxy S9 cannot). The optional 12.6-inch rear entertainment screens have HDMI and USB ports integrated, meaning that everything from Apple TV, Roku, Chromecast, or even a Playstation can be connected, and Android phones can be projected onto the screens using the Miracast app.

The new GMC Yukon and its sibling, the Chevrolet Tahoe, have set a new benchmark for the large SUV segment. But what’s even more intriguing about this launch is how General Motors is going to up the ante for the next-generation Cadillac Escalade, which is due to land before the end of this year. Watch this space.