Billed as a sub-compact CUV, the 2017 Kia Niro hybrid is more a large compact with passenger and cargo volume to match.

SAN ANTONIO, TX: It wasn’t so much the impressive 40.2 mpg I achieved driving the 2017 Kia Niro hybrid, but the fun I had doing it.

Fun and hybrid sounds like an oxymoron and this was not a $60K Euro hybrid sports sedan, but a sub-compact, five-door crossover with a starting price of $24,995. 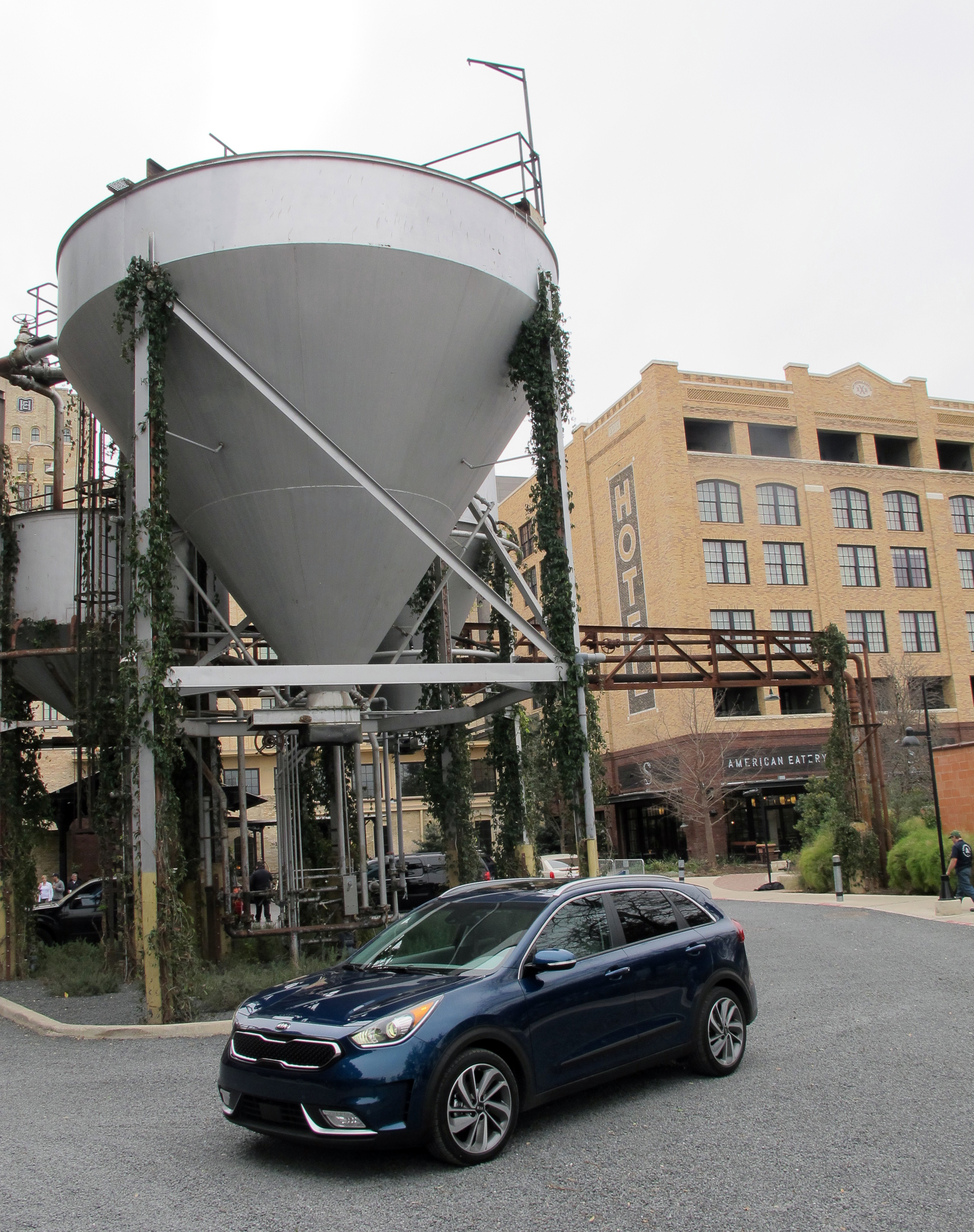 Get in the cabin and the sense of bigger than sub-compact is immediately noticeable with, for example, rear head and knee room at 993 mm and 950 mm respectively.

Then behind the second row seat there is 634 litres of cargo space and 1,789 litres when folded.

The layout of the instrument panel is very clean in its execution, with a Kia presenter at the press launch noting the large knobs are just right for winter HVAC controls. 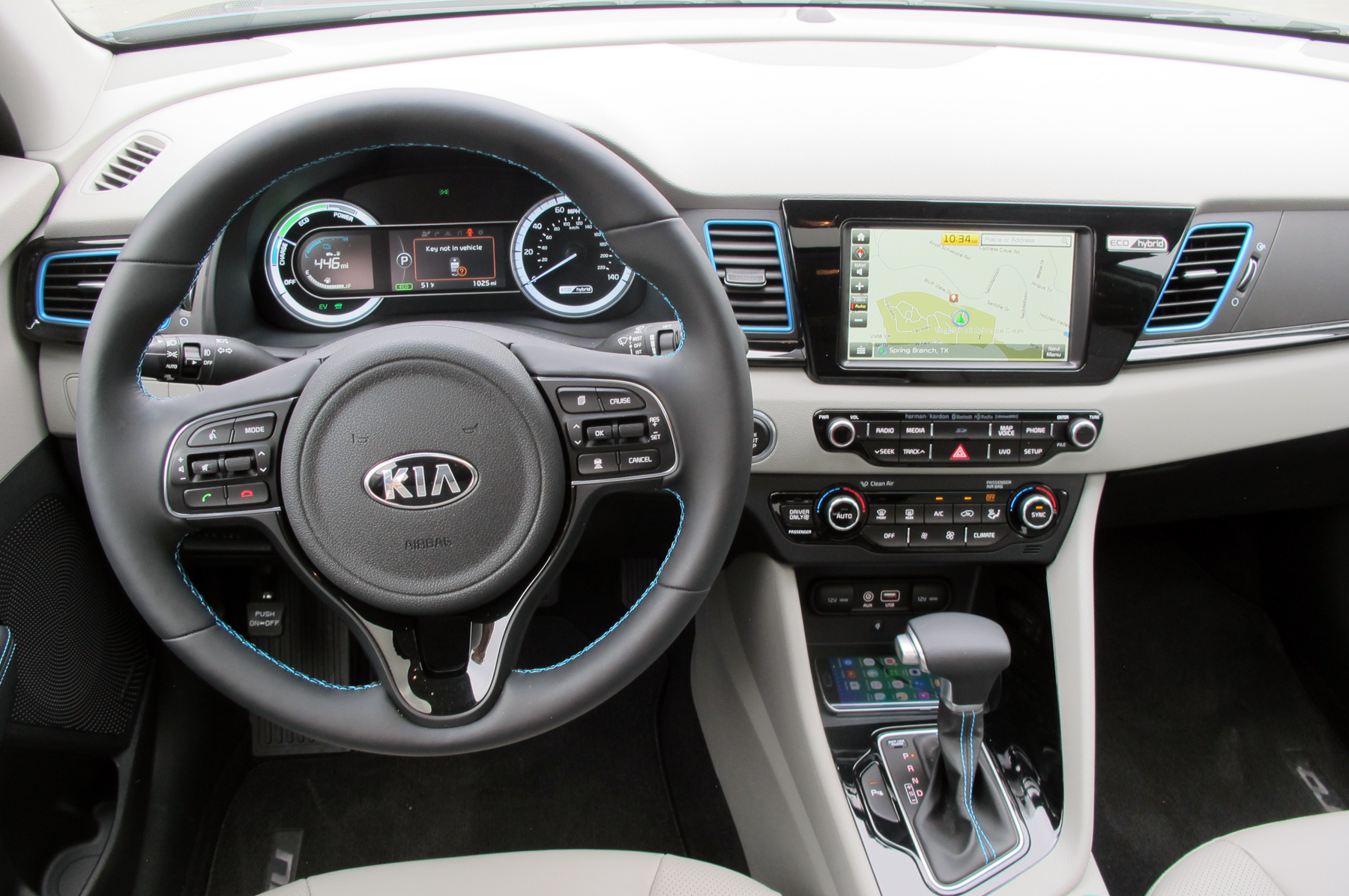 On the topline model I was driving, there was a cubbie with two 12-volt power points, auxiliary in, USB port and wireless charging for a cellphone.

The Niro is a front driver with a newly designed six-speed dual clutch automatic transmission which is standard.

Power comes from a 1.6-litre direct injection inline four-cylinder using the Atkinson Cycle producing 104 hp and 108.5 lb/ft of torque mated to a 43 hp electric motor for a combined 139 hp and 195 lb/ft of torque.

The 1.56 kWh polymer lithium-ion battery can be shaped and fits neatly under the rear seat thus maximizing cargo volume. 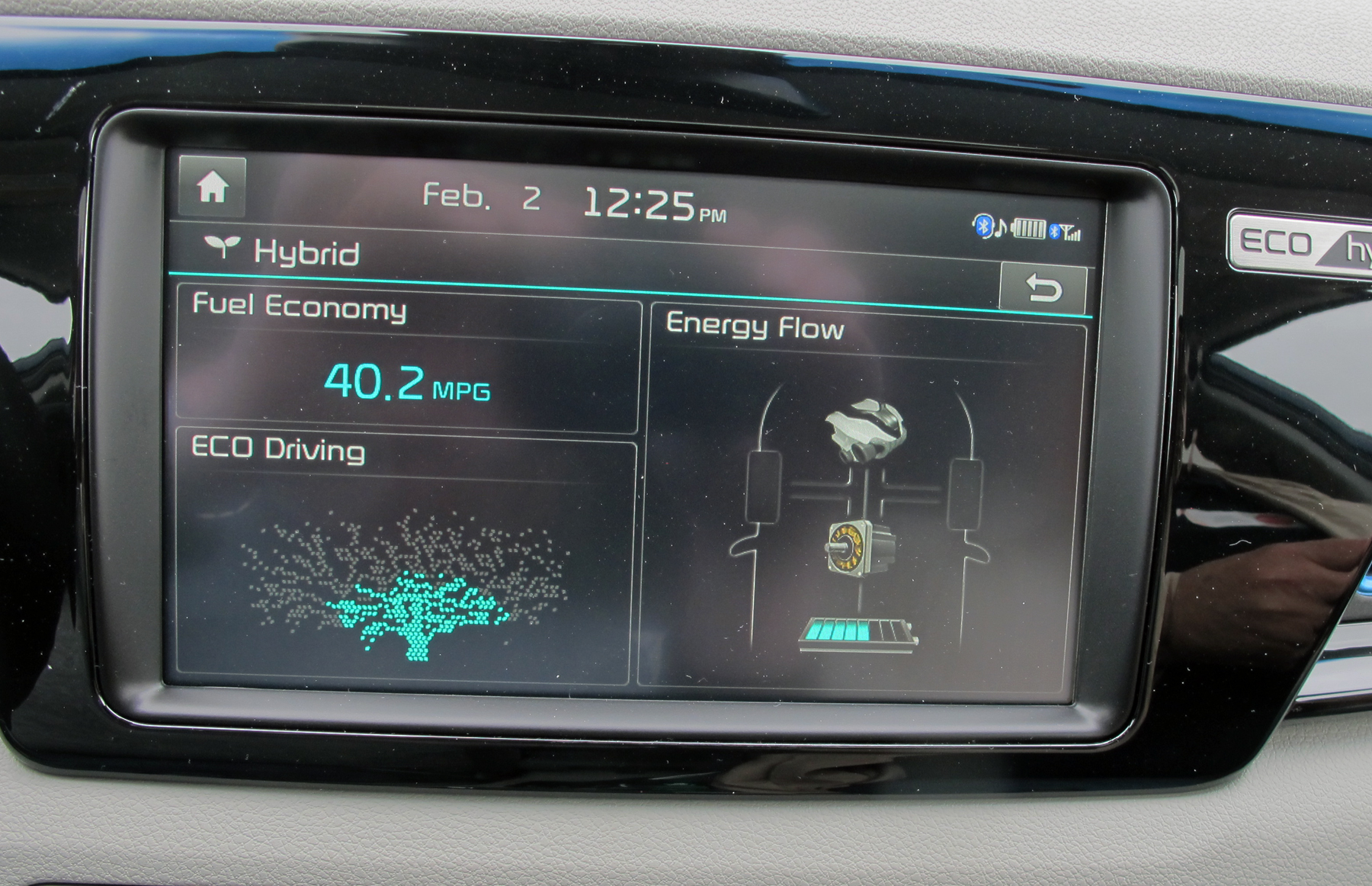 What my co-driver and I noticed right off the bat was the quietness of the cabin with the engine running at highway speeds.

This is partly due to the use of specially engineered engine mounts, equal-length halfshafts and a damper found inside the steering wheel hub that quells road vibration.

To this is added extensive sound insulation, optimized suspension bushing stiffness, tight body sealing followed up by the use of expanding foam inside the A- and B-pillars that all mitigate road and tire noise from entering the cabin. Lastly, acoustic windshield glass and aero-shaped side mirrors help mitigate wind noise. 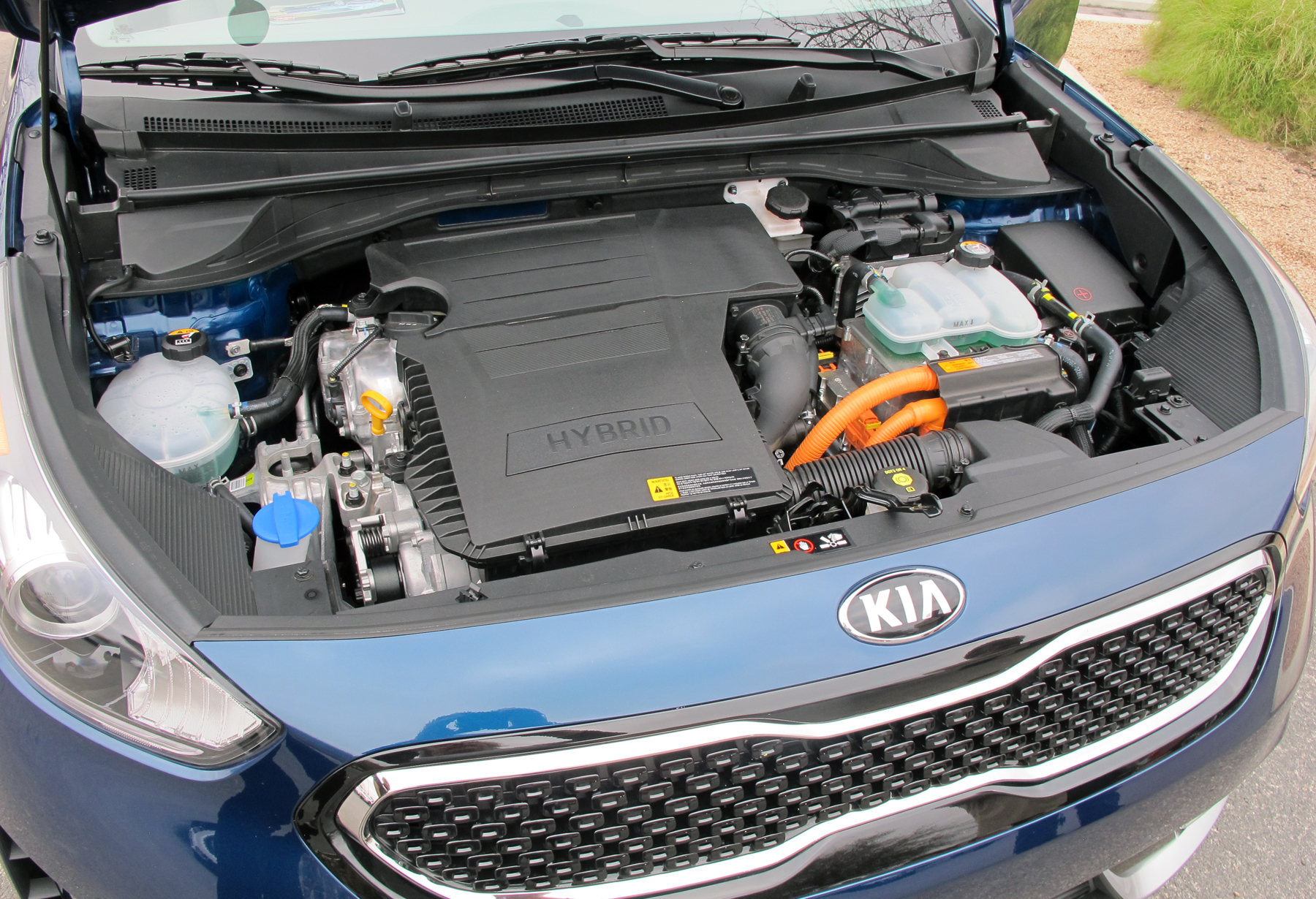 And the Niro is probably the most aerodynamic sub-compact five-door on the market with a drag co-efficient of just 0.29. This is accomplished by a number of design elements such as the upper rear spoiler that reduces drag, improved underbody and engine air flow with an active air flap built into the front bumper grills and a rear muffler spoiler.

Because it operates so quietly, Niro is equipped with a Virtual Engine Sound System (VESS) that generates the sound of an engine so pedestrians can hear it coming at slow speeds.

But what my co-driver and I were aiming at was what kind of mileage could we expect in everyday driving conditions without resorting to the endless coasting and braking to gain recuperative electricity. 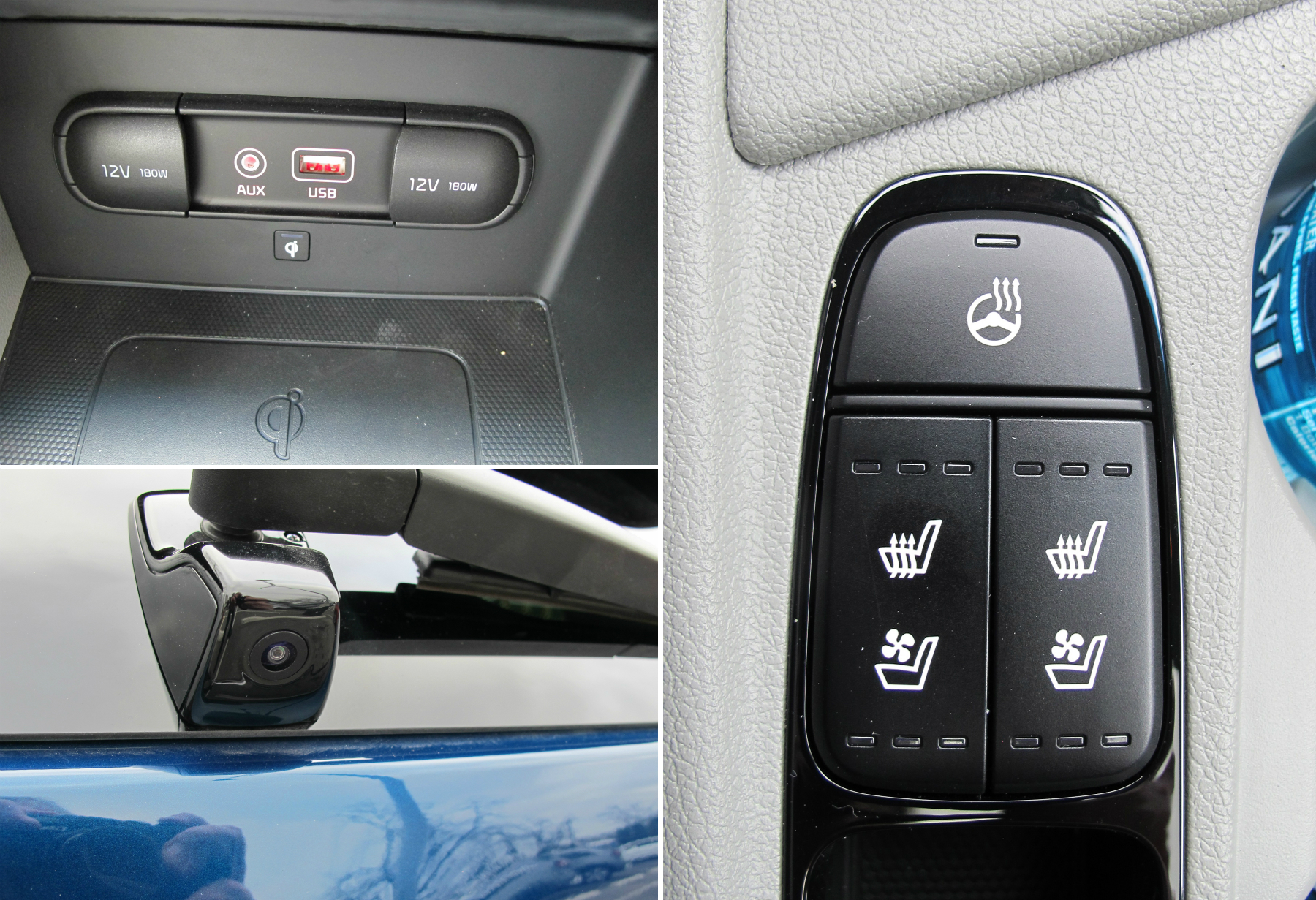 Now a crew of professional Niro drivers recently set a Guinness World Record (US) of 76.6 mpg from Los Angeles to New York City (3,714.5 miles) on just 4.1 tanks of gas.

We knew we couldn’t come close, but didn’t want to. We drove normally, relying on the Hybrid System Gauge on the upper left of the main instrument cluster which showed when the battery was being charged by regeneration, Eco mode when driving in an eco-friendly manner and Power when exceeding eco-friendly parameters.

Just below this is the battery State Of Charge (SOC) gauge that shows how much juice is in the battery. On the centre touchscreen here is a depiction of energy flow routes, 11 of them no less.

The result after a morning and afternoon of driving mostly north and east of San Antonio was (US) 40.2 mpg and we were not trying that hard. With a little around-town coasting/braking (US) 45-46 mpg is attainable.

There will be four trim levels with the base L at $24,999. At this writing pricing for the EX, EX-Premium and SX were still being worked out. 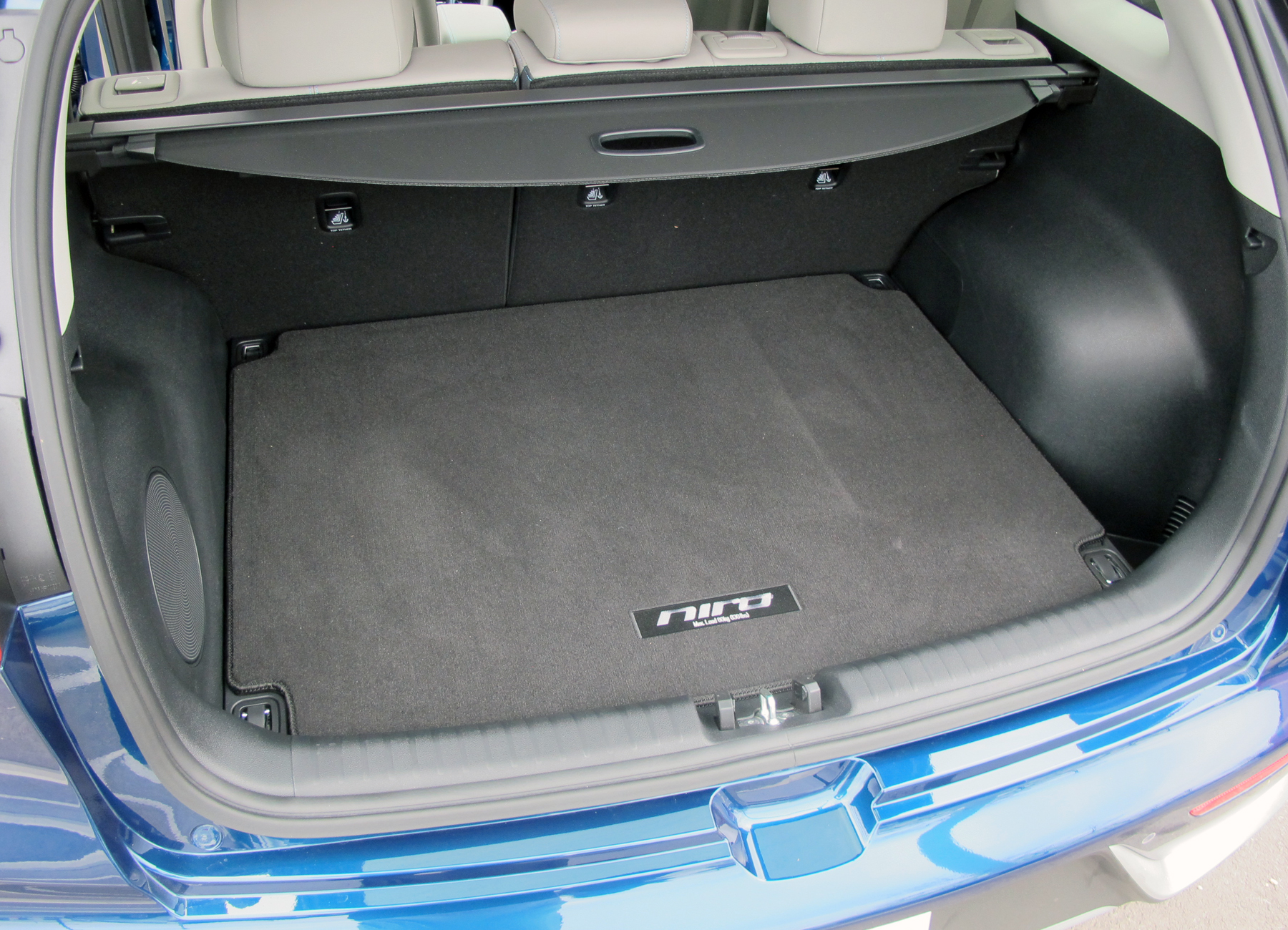 During the press briefing, the subject of where the name Niro came from came up and we were told it was a kind of mix of “Near Zero” and “Hero” which is nifty in an era when carmakers are increasingly going for anything alphanumeric.

But when you can get the kind of average mileage which roughly equates to 5.8L/100 km, you’re doing darn good.

So when it comes to fuel efficiency, Niro is definitely a hero. 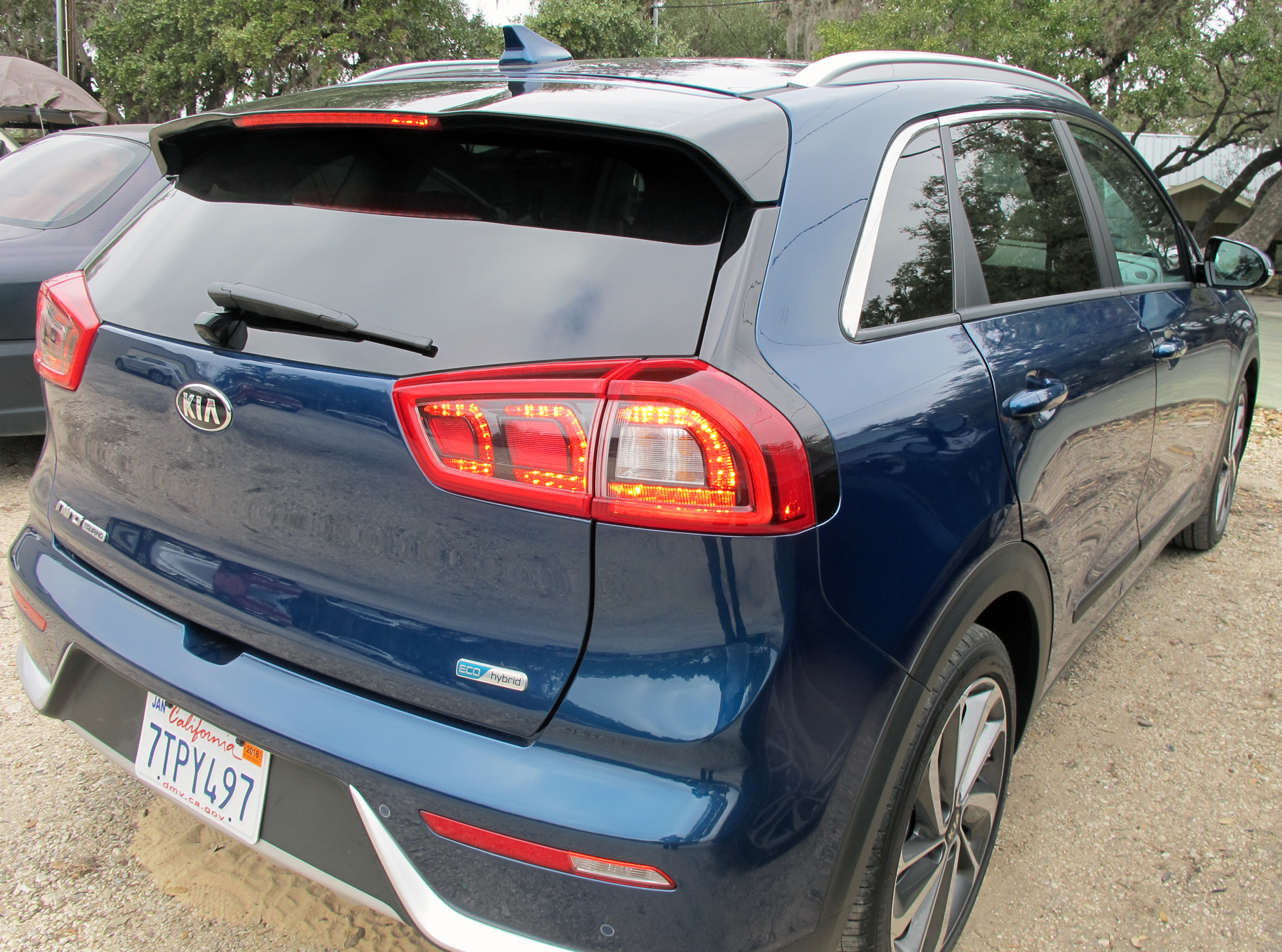