Mazda is taking its flagship crossover upmarket with newer models. Our tester was the Signature edition with the only option being $300 for beautiful Machine Grey Metallic paint.

MAZDA’S CX-9 midsize crossover made quite an impression when it debuted back in 2006.

But despite gaining critical acclaim and being named North American Truck of the Year, the CX-9 never really resonated with consumers.

Perhaps the three-row crossover was ahead of its time, because as Mazda points out, the CX-9 “defied the conventional design cues and cumbersome driving experience expected of vehicles in its class.”

Over the years, though, sales began to slip badly, to the point where Mazda’s flagship SUV model was near the bottom of the sales chart among midsize offerings.

It was due for a much-need facelift and the 2016 model marks debut of the second-generation CX-9, redesigned from the ground up.

And despite the relative lack of success during the previous decade, Mazda chose to maintain its original concepts of an exciting design, excellent driving dynamics and a driver-centric interior in the new CX-9 and created a thoroughly modern and practical SUV. 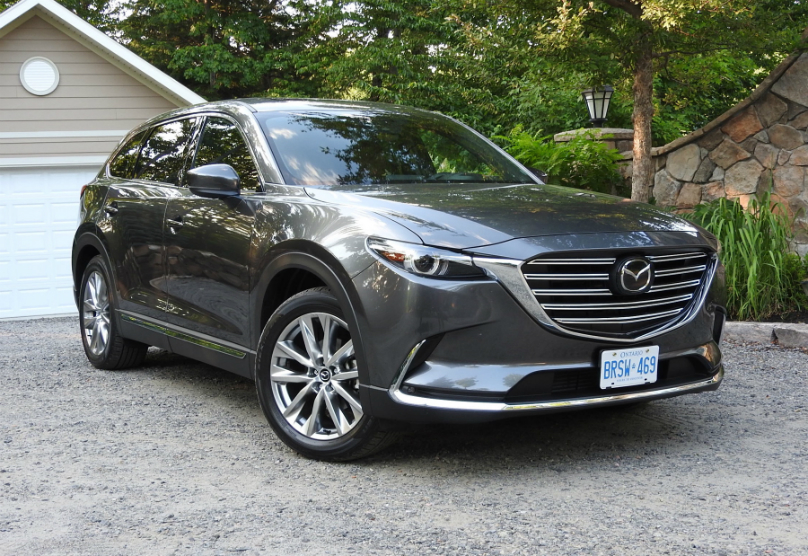 That said, sales numbers are what really count and to date they show the public is taking more notice of the CX-9, which sold 1,477 units in Canada this year up until the end of June, an increase of 118 per cent.

The sales bump is not surprising though for anyone who has driven the new CX-9.

The new model has a lot going for it and has what it takes to challenge the segment leaders with handsome styling inside and out, agile road manners and a quiet, comfortable cabin. 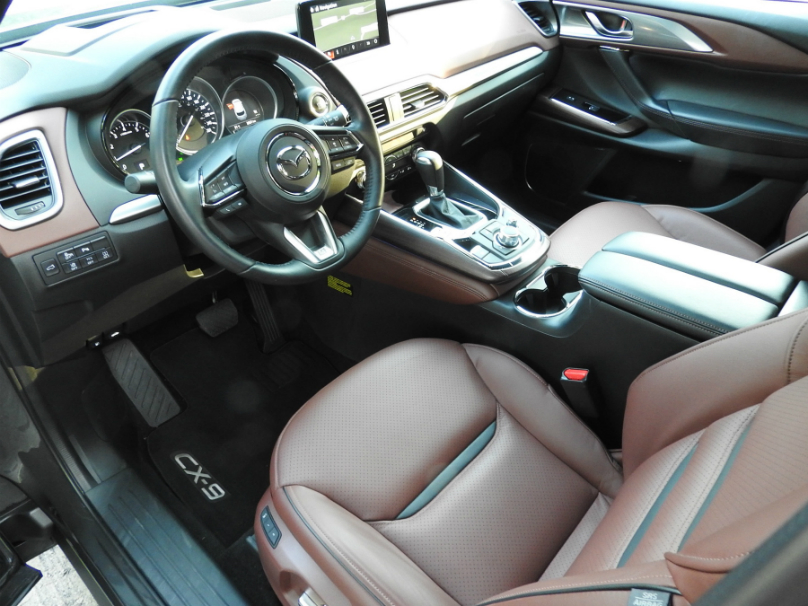 All-wheel drive is a $2,500 option on the GS and standard across all other trim levels. 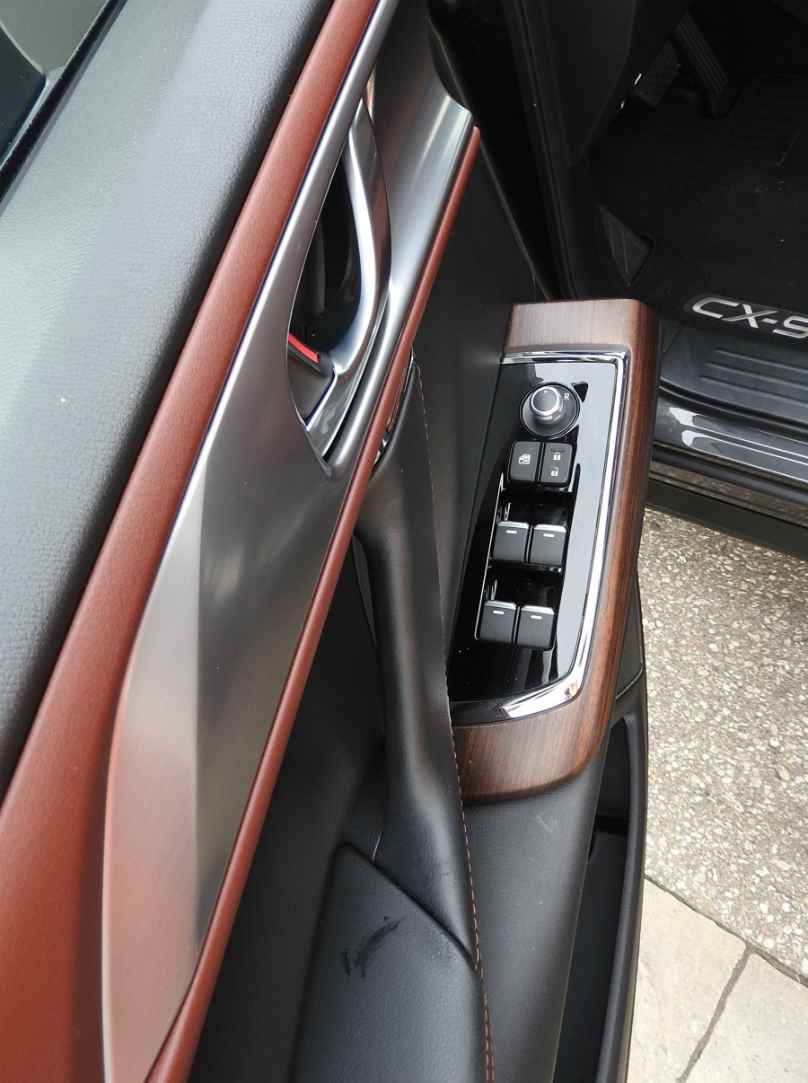 Our tester was the Signature edition with the only option being $300 for beautiful Machine Grey Metallic paint.

This is the same engine found in the Mazda6, but here with a turbocharger that boosts the horsepower up to 227 and torque to an impressive 310 lb/ft at 2,000 rpm, running on regular unleaded gasoline. 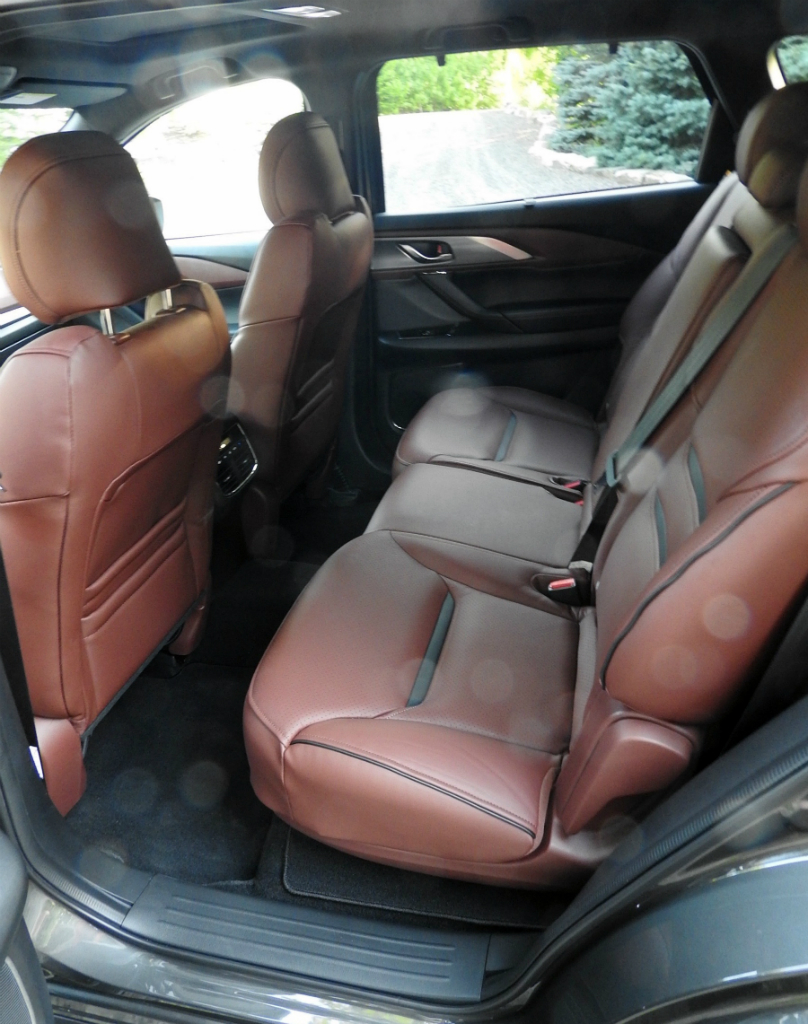 A six-speed Skyactiv automatic transmission with Sport mode is standard with no manual transmission available.

Mazda has raised the bar in terms of trim levels and amenities with the new CX-9, hoping to attract an upmarket crowd looking to move out of their CX-5 or other compact crossover into something more substantial. 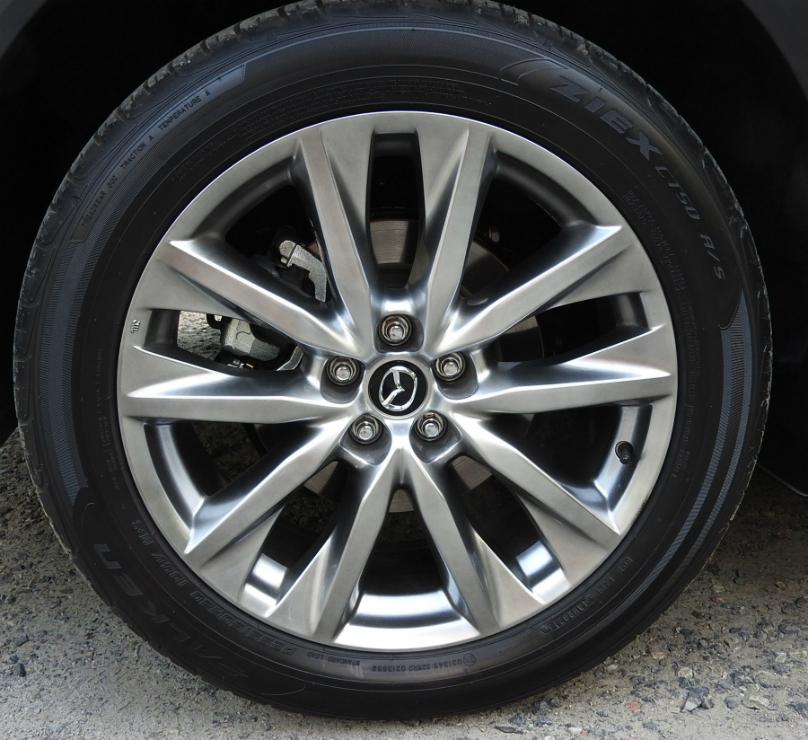 Mazda engineers have added more than 24 kg (59 lb) of sound deadening material below the floor and it is evident in the quietness of the cabin.

But even with that weight gain, overall the new CX-9 is lighter and leaner as designers did everything they could to reduce weight as part of the Skyactiv philosophy.

But like many other three-row crossovers, the third row is best suited for children, not taller adults. 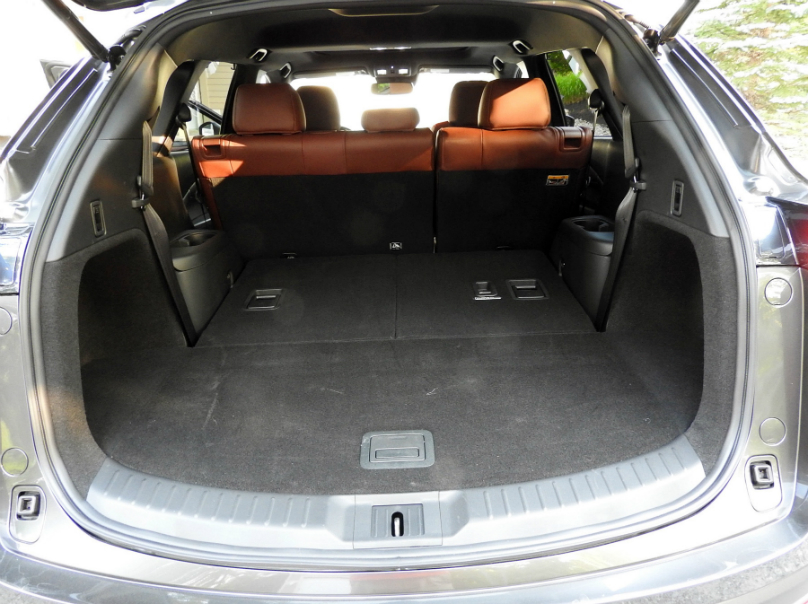 But the real test is how a vehicle drives, and the simple answer is very well when describing the CX-9.

Some may pooh-pooh the low horsepower numbers, but the fact is the CX-9 moves out well in almost all driving situations Power is impressive at low speeds, but drops off higher up on the rev counter, something Mazda engineers did intentionally. Through study they found that drivers wanted effortless acceleration with lots of torque and decent fuel-economy to boot. They accomplished this by turbocharging their tried and true 2.5-litre engine with what they call a Dynamic Pressure Turbo that Mazda engineers say creates almost instant boost and demonstrates a 20 to 25 per cent quicker response than the traditional twin scroll turbo. The end result, quicker power application and less turbo lag.

We took the CX-9 on a lengthy road trip from our home in southwestern Ontario up to cottage country in Huntsville, north of Toronto.

Loaded up with gear for the getaway, there was never an issue of engine power with only my wife and I in the car. With a full load and seven passengers, the four-banger might have found the going more difficult on hilly sections.

Unlike many other vehicles in this class, the CX-9 is actually fun to drive— both agile and spirited despite a curb weight of 1,917 kg (4,226 lb).

So with this update, Mazda now has a contender in the midsize crossover class. If a three-row SUV is in your plans, be sure to give this one a test drive. 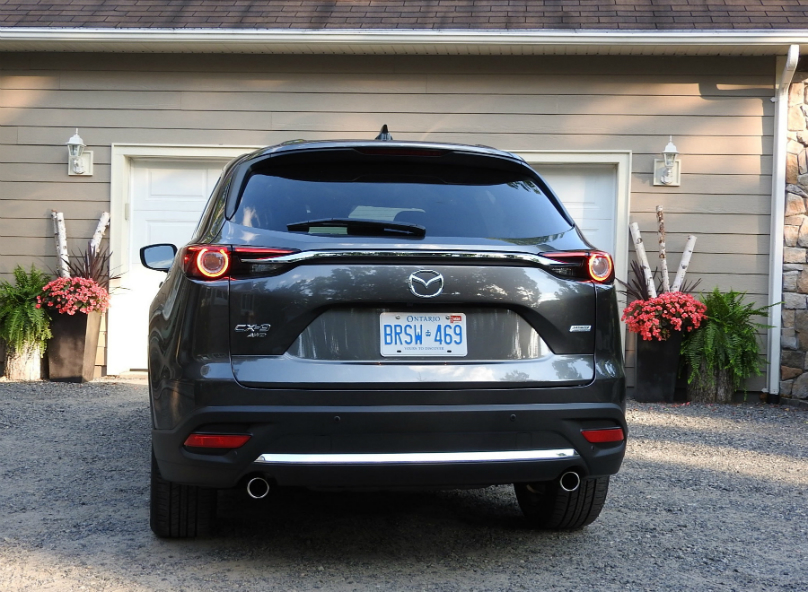