Facing stiff competition, the Hatchback nonetheless offers utility without the need for buying more expensive CUVs for no real reason, other than to say they own a crossover

DETROIT, MI: The arrival of the 2017 Chevrolet Cruze Hatchback comes during a kind of mini hatch explosion.

The week before I tested the new Cruze Hatch, I drove the 2017 Mazda3 Sport (their name for hatchback) and, as this is being written, Honda is previewing its 2017 Civic hatchback.

Cruze is by far Chevrolet’s most popular model worldwide, with more than four million sold.

In Canada, hatchback retail registrations exceed 60,000 with 40 per cent alone in Quebec. And 38 per cent of hatchbacks are sold in Toronto, Montreal and Vancouver.

VW has known this for a long time, as 100 per cent of its Golf/GTI vehicles are hatchbacks. If you want an econo VW sedan, buy a Passat.

This has not been lost on Chevrolet, which sees the new Cruze hatch as filling in a major gap in its Canadian model lineup.

Like the sedan, the hatchback is a front-driver powered by a 1.4-litre turbo gasoline direct injection inline four-cylinder engine with 153 hp and 177 lb/ft of torque with either a six-speed manual or six-speed automatic transmission. 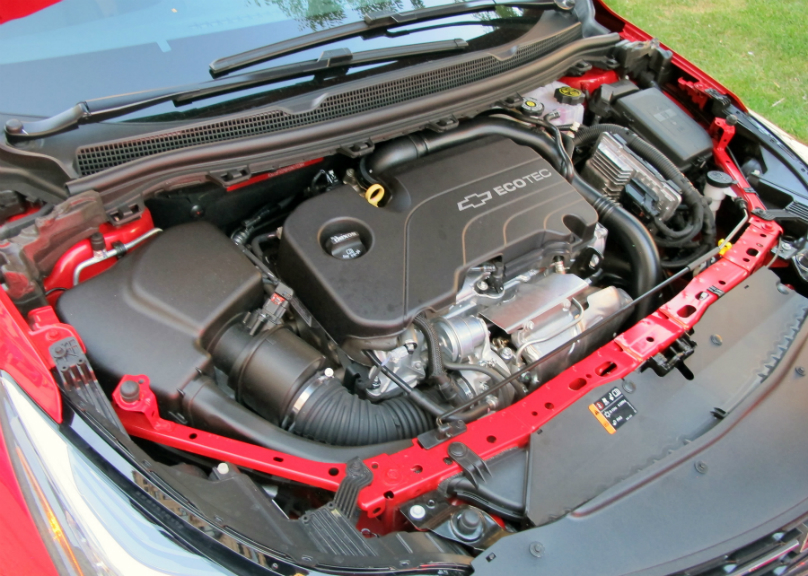 The Cruze Hatchback is powered by a 1.4-litre turbo direct injection inline four-cylinder with 153 hp and 177 lb/ft of torque.

At the media launch in Detroit, it was announced there will be a diesel model coming later but no word about an Eco version.

Of course the reason for buying a hatch is versatility in terms of seating and cargo and Cruze offers 47.2 cu ft with the back seat flat and 24.7 cu ft behind. Towing is not recommended. 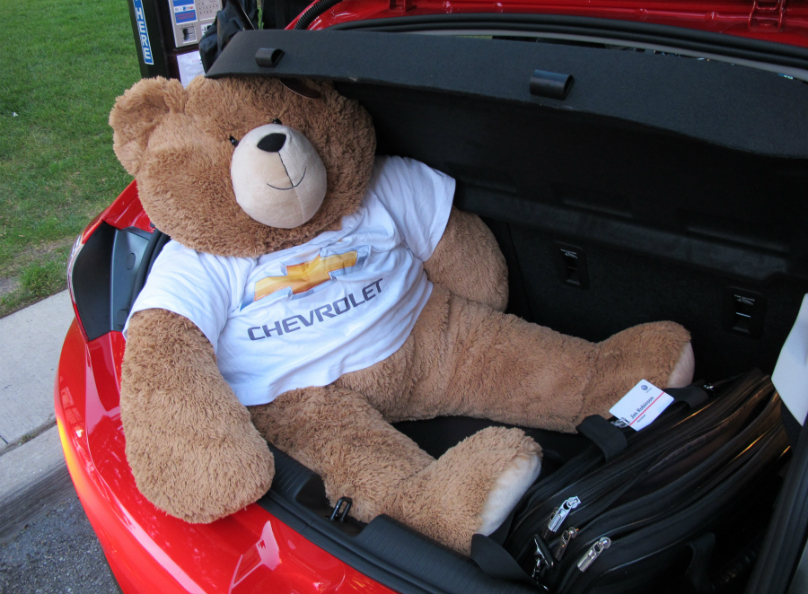 To test the size of the cargo area, part of the press introduction in Detroit involved auto journalists stuffing two huge Teddy Bears into the back and dropping them off at the vast Detroit Medical Center to be distributed to sick children.

The medical staff was sincerely glad for the donations of about 60 bears, and it did make me feel good to have done a little something. 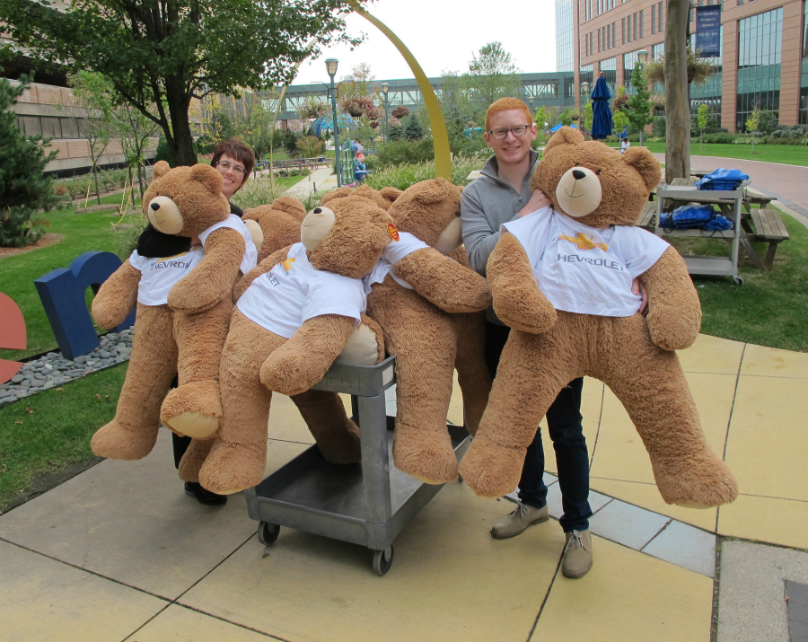 Part of the driving portion of the Cruze Hatchback involved delivering some 60 large Teddy Bears to sick children at the Detroit Medical Center in Detroit, MI.

Suspension is MacPherson struts at the front with a compound crank-style torsion beam at the rear. The coil springs at the front are tuned for the Cruze along with a direct acting stabilizer bar and hydraulic ride bushings.

There is a choice of three alloy wheel sizes depending on trim level and four-disc brakes are standard with GM Duralife rotors, which are designed to last longer. 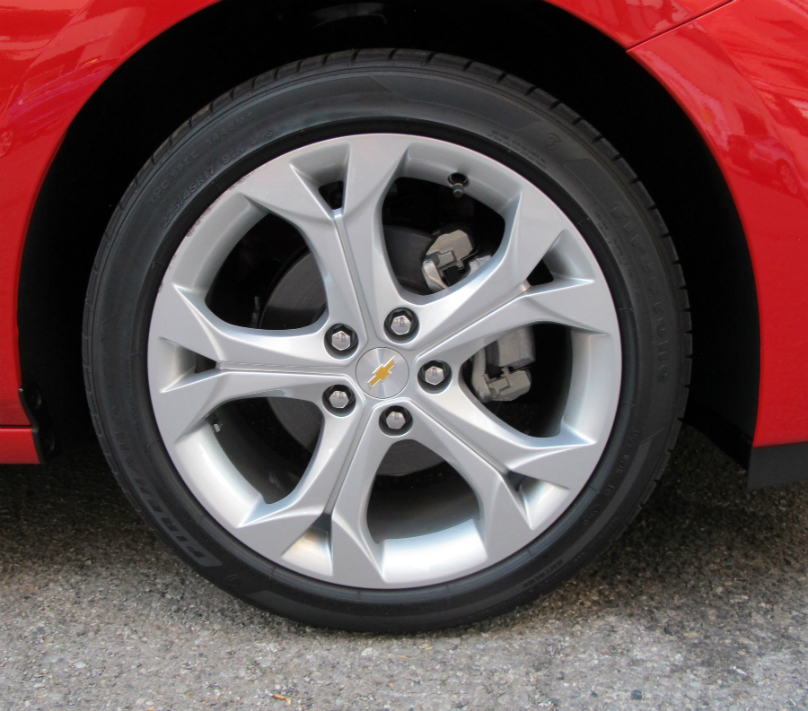 The 2017 Cruze Hatchback offers of choice of three wheels. This is the 17-inch alloy on the Premier model.

There are a host of available driver/safety aids starting with the Driver Confidence Package that includes Park  Assist, Side Blind Zone Alert with Lane Change Alert and Rear Cross-Traffic Alert. 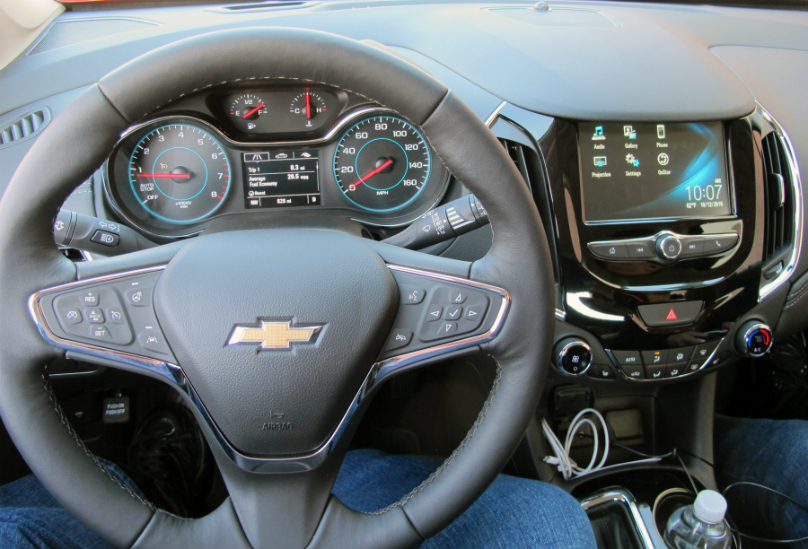 The instrument panel of the Cruze Hatchback is logically laid out with large-face tack and speedo. Note the centre stack MyLink infotainment/connectivity screen.

Perhaps the most interesting safety feature is Teen Driver. It allows parents/owners to set controls such as speed and audio loudness that can be reviewed and discussed. 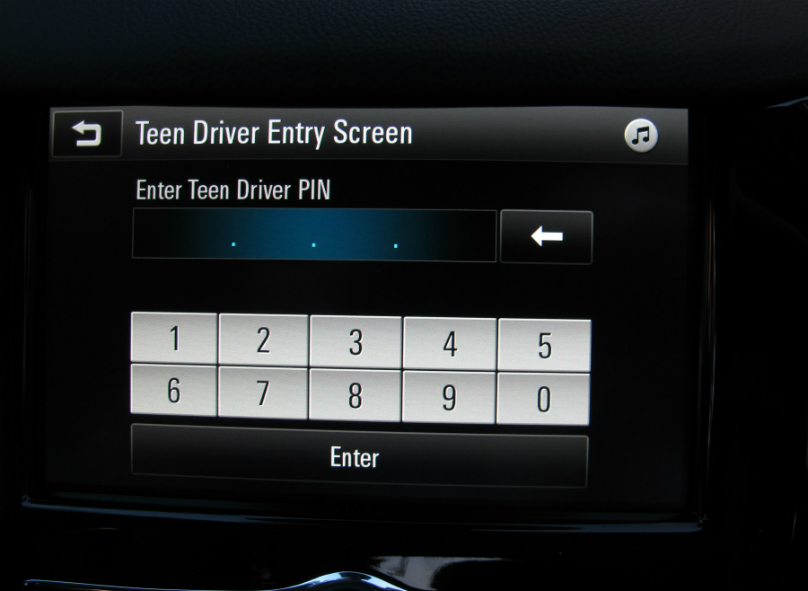 One of the interesting features on the Cruze Hatchback is Teen Driver which lets the parent/owner set things such as speed and audio volume, which are logged and can be reviewed later.

Having been born in Windsor and spending a lot of my formative years in Detroit (which might explain a lot) the drive route up through Grosse Point skirting Lake St. Clair all the way was quite nostalgic, during a day of brilliant sunshine and fast changing tree colours. 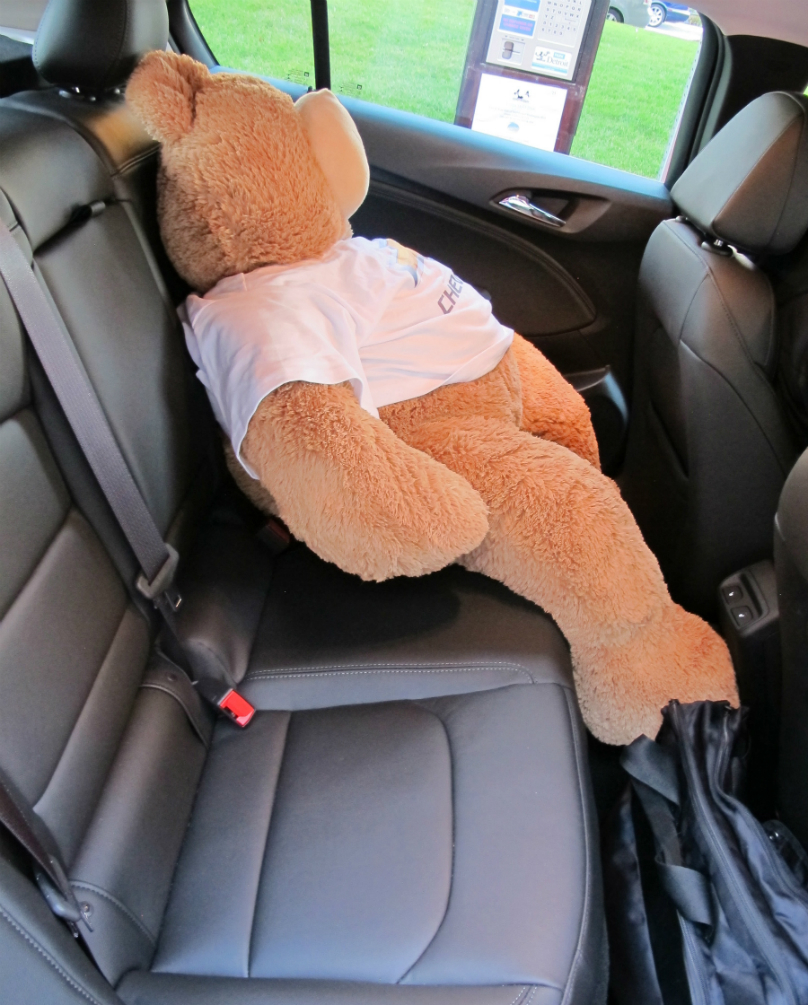 With back seat headroom of 960 mm and legroom of 917 mm, there is room for even the full-figured.

The Chevrolet MyLink centre console connectivity screen is now familiar to me and one of the most intuitive you’ll find in the industry.

At one point, we did get lost, but my co-driver simply plugged in his Android smart phone and, presto, we had Google Maps on the screen.

Most of the route was in a Premier with automatic, but we did snag a manual for a short loop on the streets surrounding the hotel in Detroit and it offered no surprises. 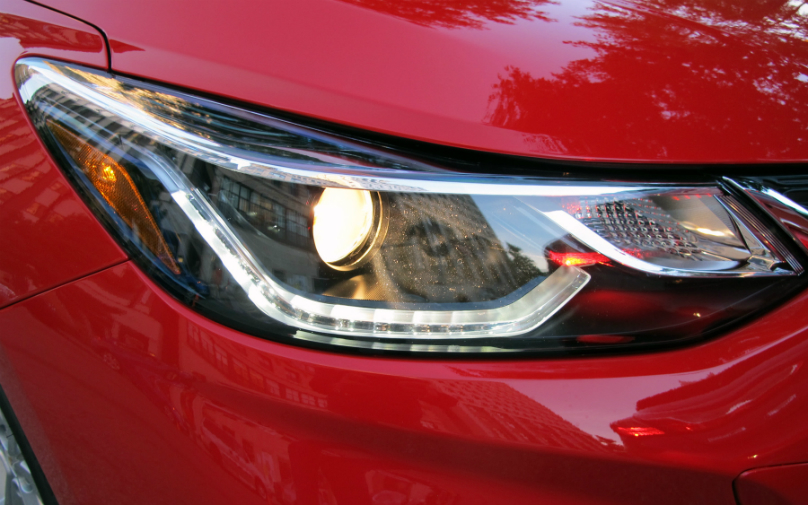 Available on the Cruze Hatchback is IntelliBeam Automatic High Beam Control that dips the light automatically for oncoming cars.

The auto model shifted unperceptively including when floored entering the freeway.

The new Chevrolet Cruze Hatchback fills a hole that has needed to be filled for some time.

Facing stiff competition, the Hatchback nonetheless offers utility without the need for buying more expensive CUVs for no real reason other than to say they own a crossover. 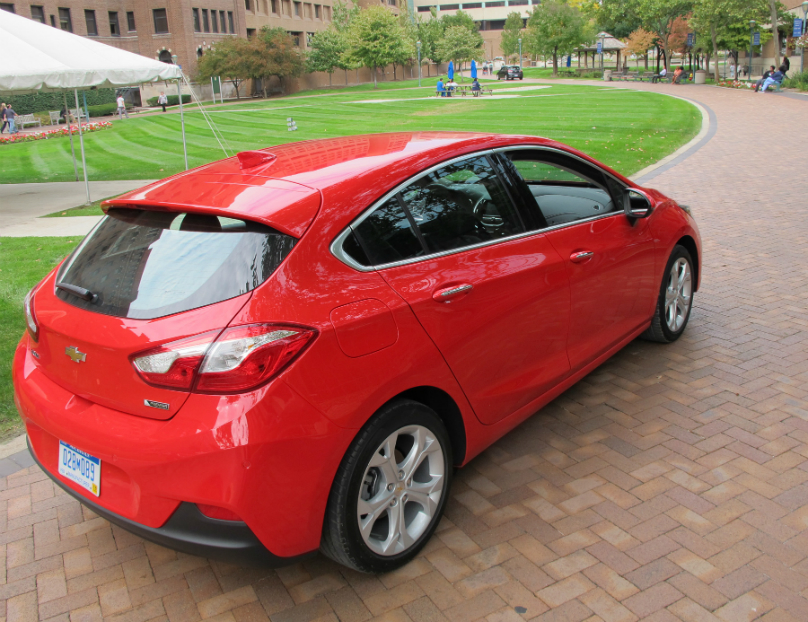 Chevrolet has moulded the fifth door into the already flowing lines of the Cruze for a very aerodynamic package.