The soundtrack from the rumbling V8 reverberated through the hills and valleys. There’s no replacement for displacement, especially when it’s naturally aspirated with no turbochargers to muffle the enthusiasm emitted from the rear tailpipes.

During these cold winter days what could be nicer than escaping on a road trip to southern California in a California Special Edition Mustang GT convertible. And that’s exactly what we did, landing at the Los Angeles International airport, picking up our 5-litre V8 American muscle car and hitting the road. We dropped the top and headed straight to the ocean and up the coast to our two destinations—Santa Barbara and Westlake Village. 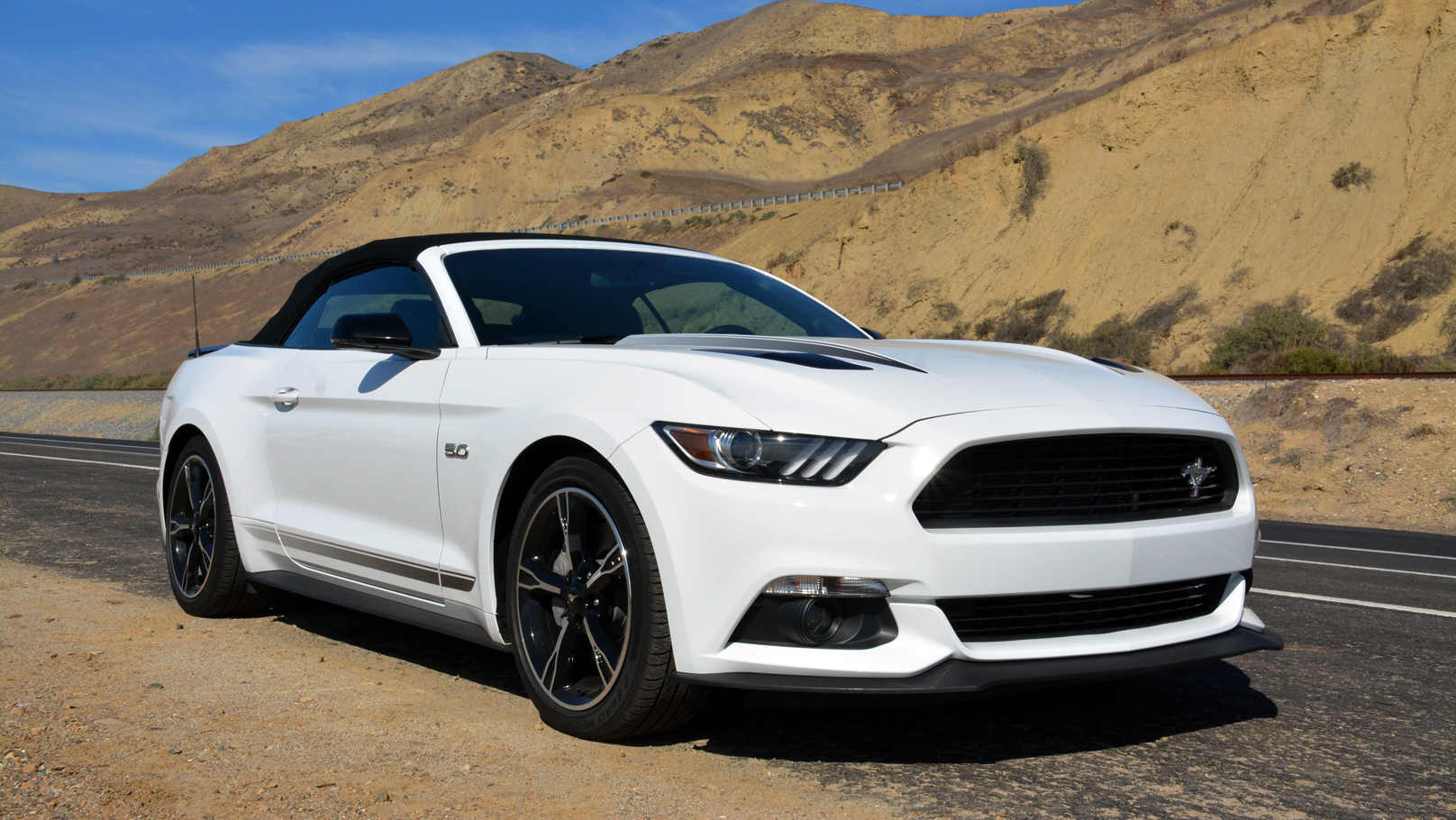 Mustangs are big cars, relatively speaking, and they really feel it when you’re driving through narrow winding mountain and Oceanside roads. At 188.3 inches long, 81.9 inches wide and a curb weight of more than 3,900 lbs the car feels bigger and heavier than you might want, but once out on to the wide-open freeways (as they say down here) the car shines. This is a great road trip car because unlike some of its smaller more petite competition there’s plenty of room for passengers, bags and equipment. And with the top up, the AC on, the radio cranking out cruisin’ tunes at highway speed, the car is roomy and extremely civilized.

But with the top down, the torquey five-point-oh V8 does a great job of motivating all of the size and weight through the hills, valleys and highways, with an addictive muscle car soundtrack. The optional 6-speed SelectShift automatic transmission is great for life in a GT car and the paddle shifters do a respectable job of coaxing the transmission into providing you with the gear you want almost always when you want it. The standard transmission is the 6-speed manual, which I would have preferred. The independent rear suspension is so much better than the previous generation’s solid rear axle, and you really notice the improved handling in this driving environment. 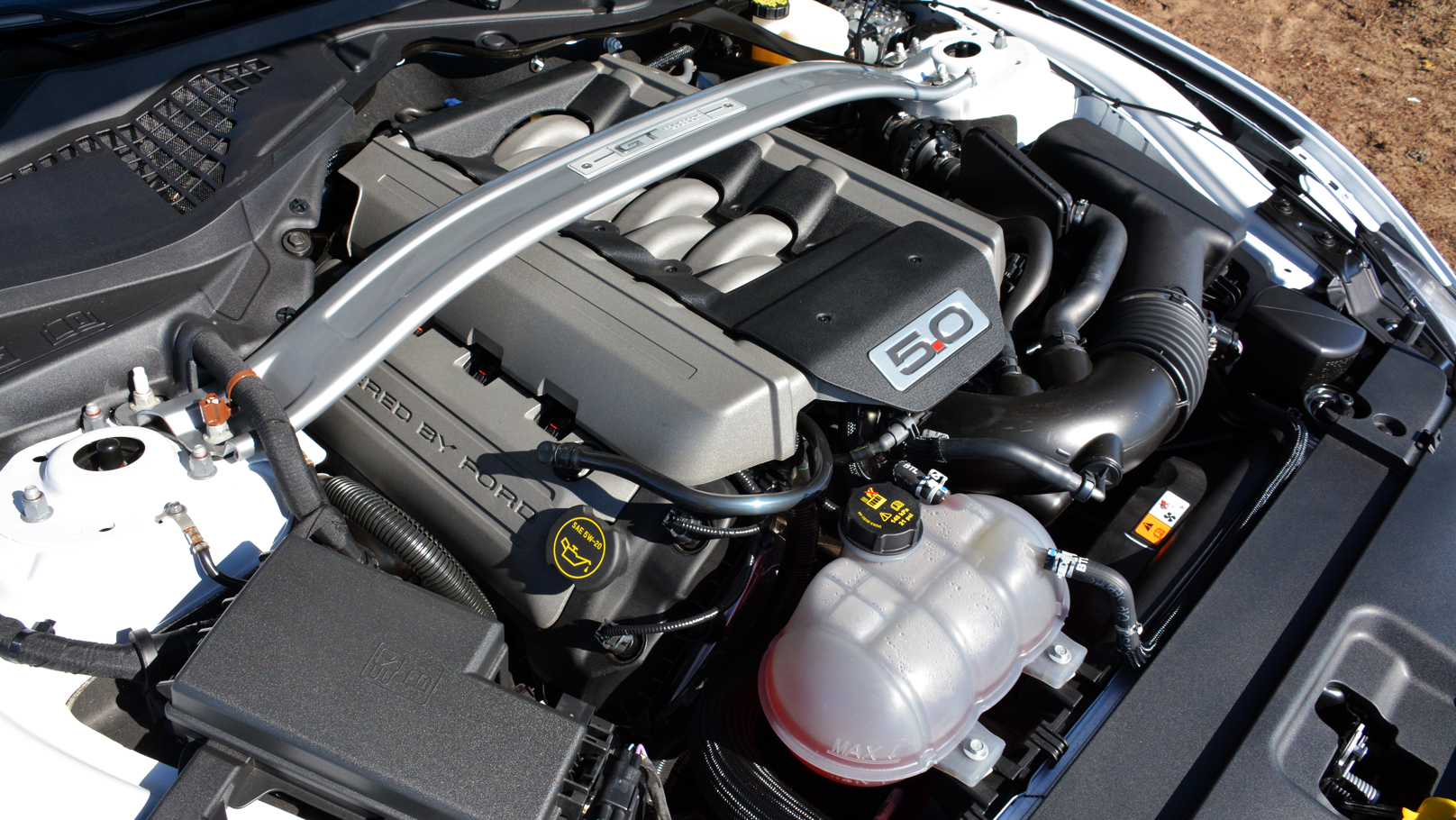 From LAX we took the famed Pacific Coast Highway (PCH/State Route 1) from Maria Del Rey all the way up the ocean to Oxnard. With the top down our sights were filled with the Pacific Ocean to the left, the Santa Monica Mountains to the right and nothing but blue skies above. From Oxnard we headed inland and got on the US 101 freeway, put the well-insulated top up and AC on and had a very civilized run up to Santa Barbara.

Once in Santa Barbara we dropped the top again and headed to the ocean to our first destination, the relaxed atmosphere of the Four Seasons Resort The Biltmore Santa Barbara. Built in 1927 this sprawling resort is set on 22 rustic yet manicured acres and offers 207 guest rooms and 22 charming bungalows. It is the definition of California casual relaxed luxury nestled between the Pacific Ocean on Butterfly Beach and the Santa Ynez Mountains. The Resort recently underwent a $305 million renovation that took a decade to complete. The resort is owned by billionaire Ty Warner, who made his fortune from Beanie Babies, and is managed by Four Seasons Hotels & Resorts. 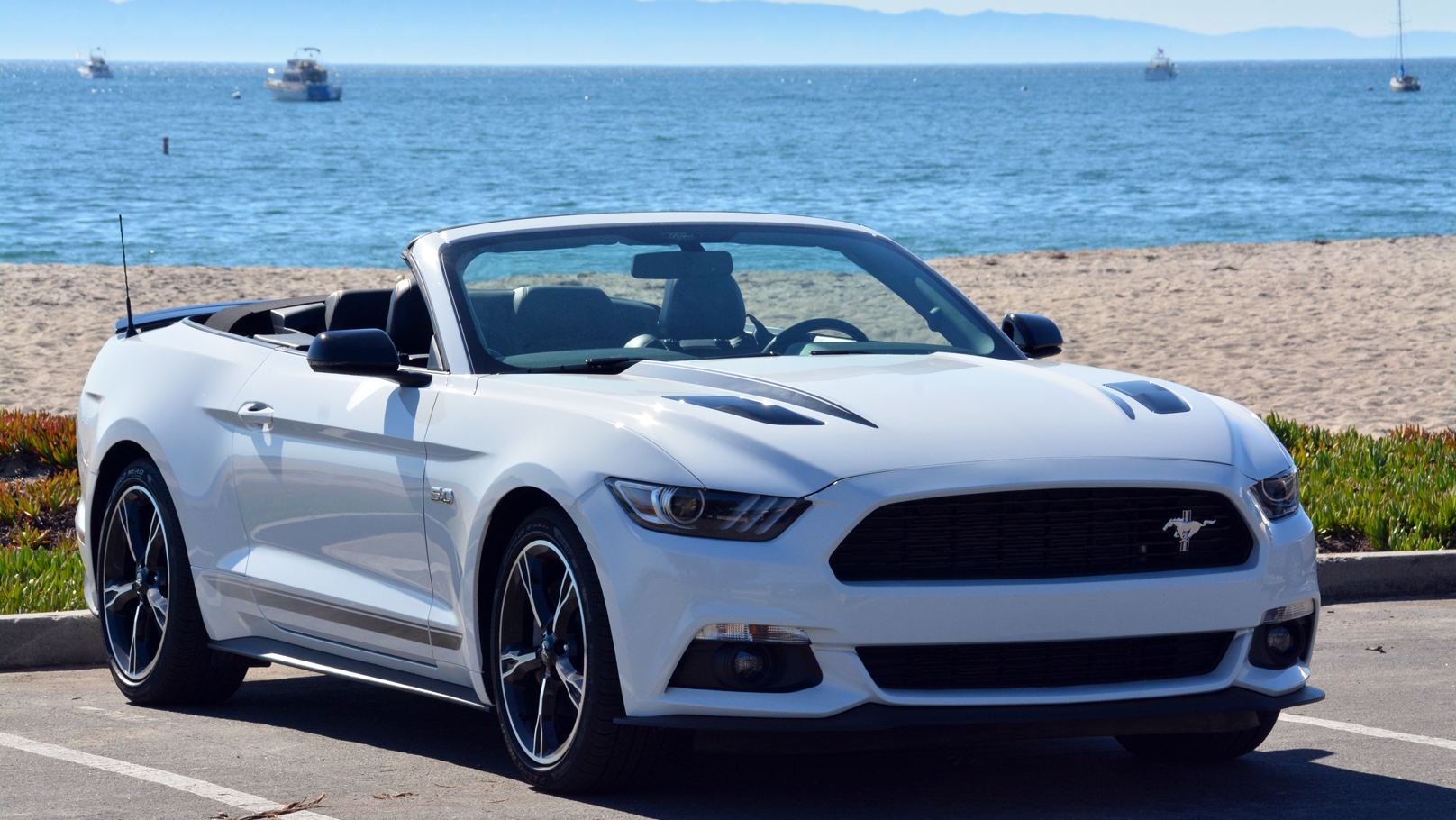 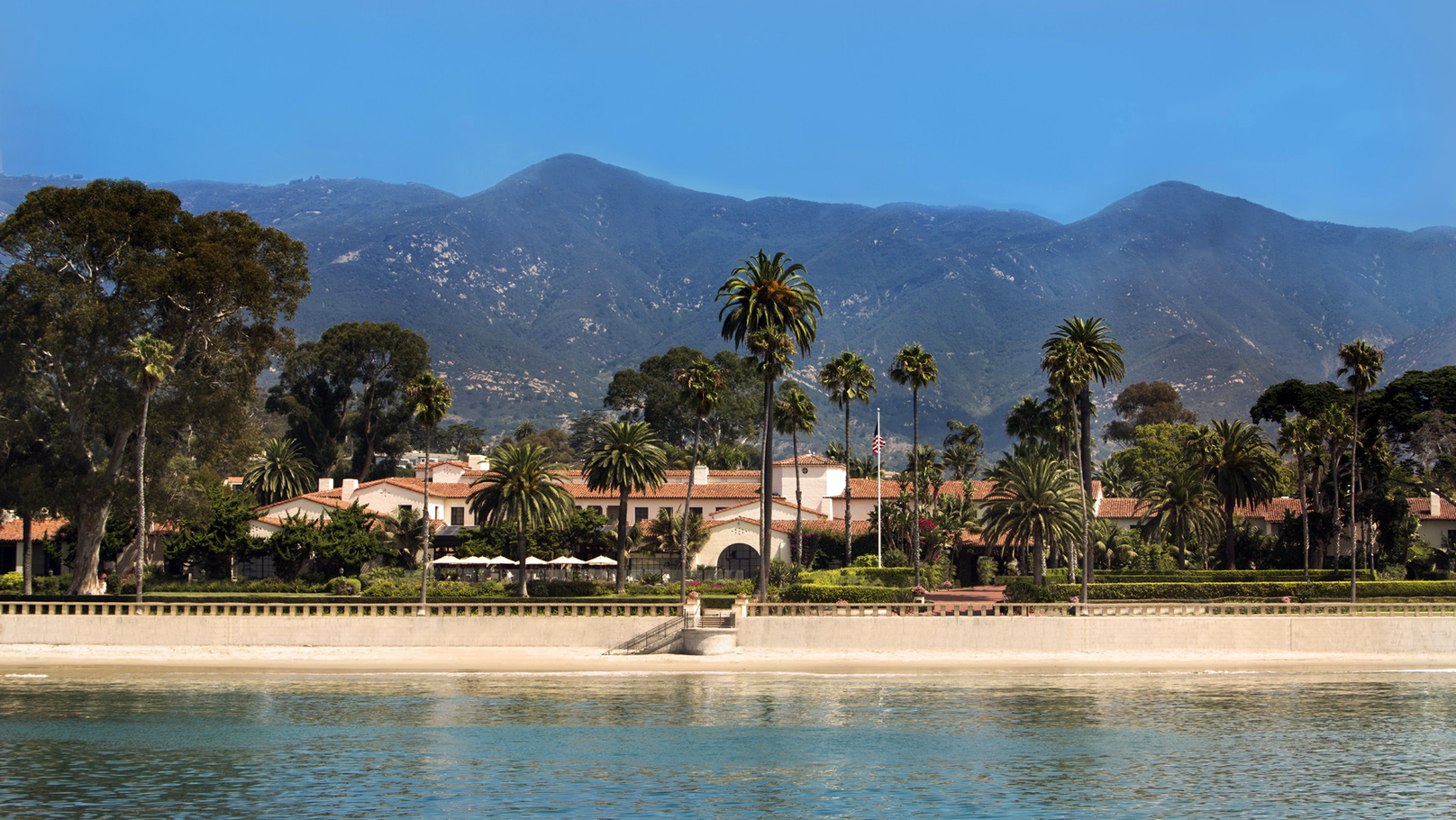 While in Santa Barbara it is worth taking the time for a drive out onto Stearns Wharf—Santa Barbara’s number 1 tourist attraction. It was first completed in 1872 and was built out of wood by local lumberman John Stearns, hence the name. There’s nothing like driving a 2 ton vehicle with the top down 2,000 feet out into the Ocean on a wooden wharf. You could see the water below between the cracks in the beams that we were driving over. I felt like we should have been wearing lifejackets!

From Santa Barba we headed south to Westlake Village which is about 55 miles south-east and 10 miles inland from the Ocean. We took a bit of a detour and approached Westlake Village from Malibu and it was one of the most spectacular drives we’ve ever had. The hills and valleys and switchbacks seem to be endless with more breathtaking views around each blind corner.

The Mustang handled it all effortlessly although it is a full-time job making sure that large front end stays on your side of the narrow lanes and keeps pointed in the right direction. The soundtrack from the rumbling V8 reverberated through the hills and valleys. There’s no replacement for displacement, especially when it’s naturally aspirated with no turbochargers to muffle the enthusiasm emitted from the rear tailpipes.

Our final stop was the Four Seasons Hotel Westlake Village. It is situated on 11 acres and is just 10 years old. A much more modern hotel compared to the 90 year old Biltmore. It has 269 rooms, indoor and outdoor pools and, at 40,000 square feet, one of the largest Four Seasons spas in North America. This Five Diamond Award winning hotel is in the foothills of the beautiful Santa Monica Mountains and was built by the Dole Food Company when they built their headquarters which are across the street. This was a much busier hotel than in Santa Barbara with lots of events taking place and plenty of exotic California cars to ogle in the valet parking area. 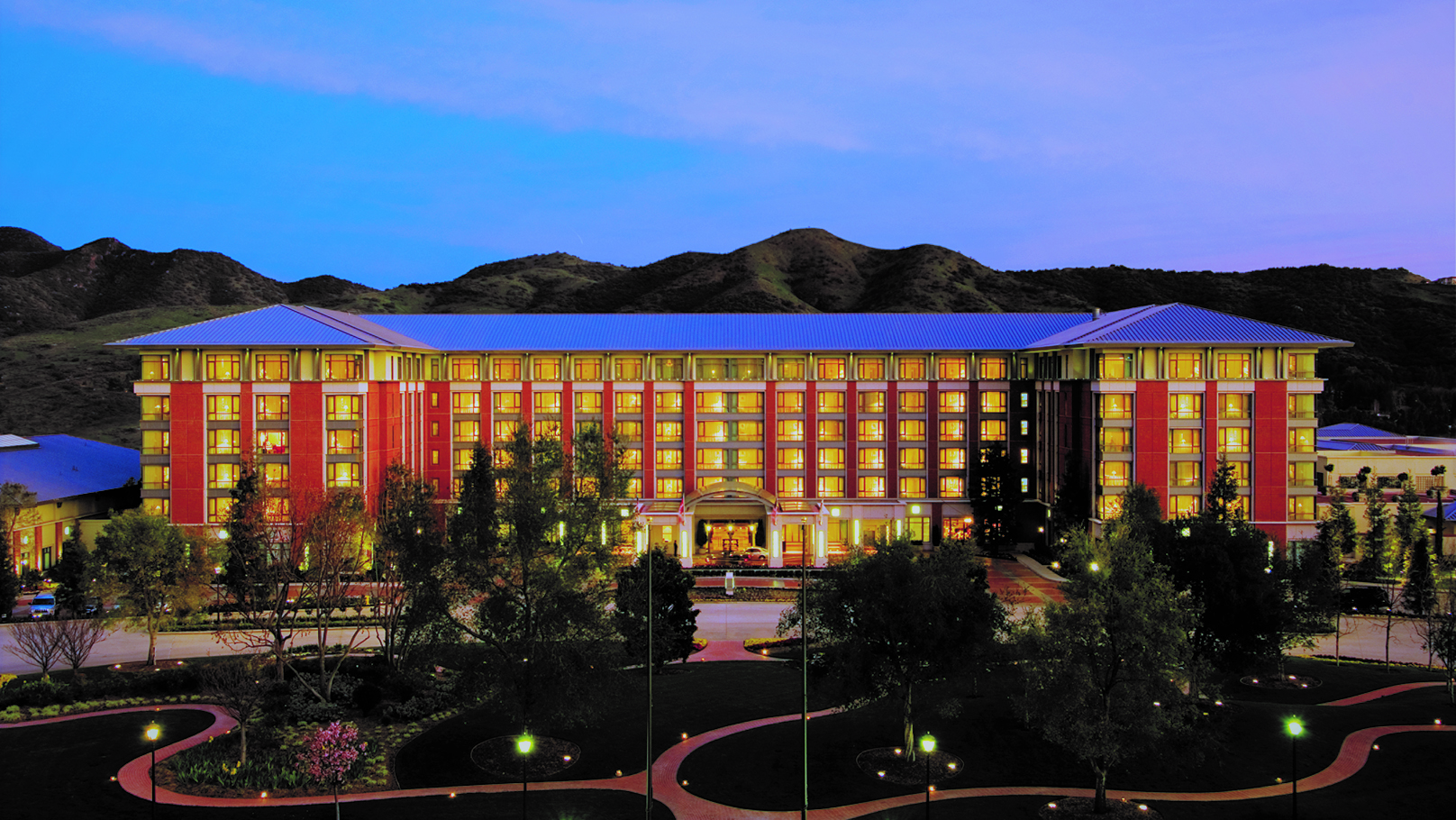 We couldn’t have asked for better weather or hotels on our trip and we really couldn’t have asked for a better car either. The 5-litre Mustang GT convertible was a great driving companion for our 500 km/310 mile journey. It was extremely well equipped, had plenty of room and storage, seamless technology, and lots of power from a very willing engine. Yet it was as civilized as we needed it to be when we wanted a break from the sun and sound, which wasn’t very often. We will remember the amazing sunny Oceanside, mountain and valley views and the great driving experience in the Mustang on these rather cold and dark winter days. 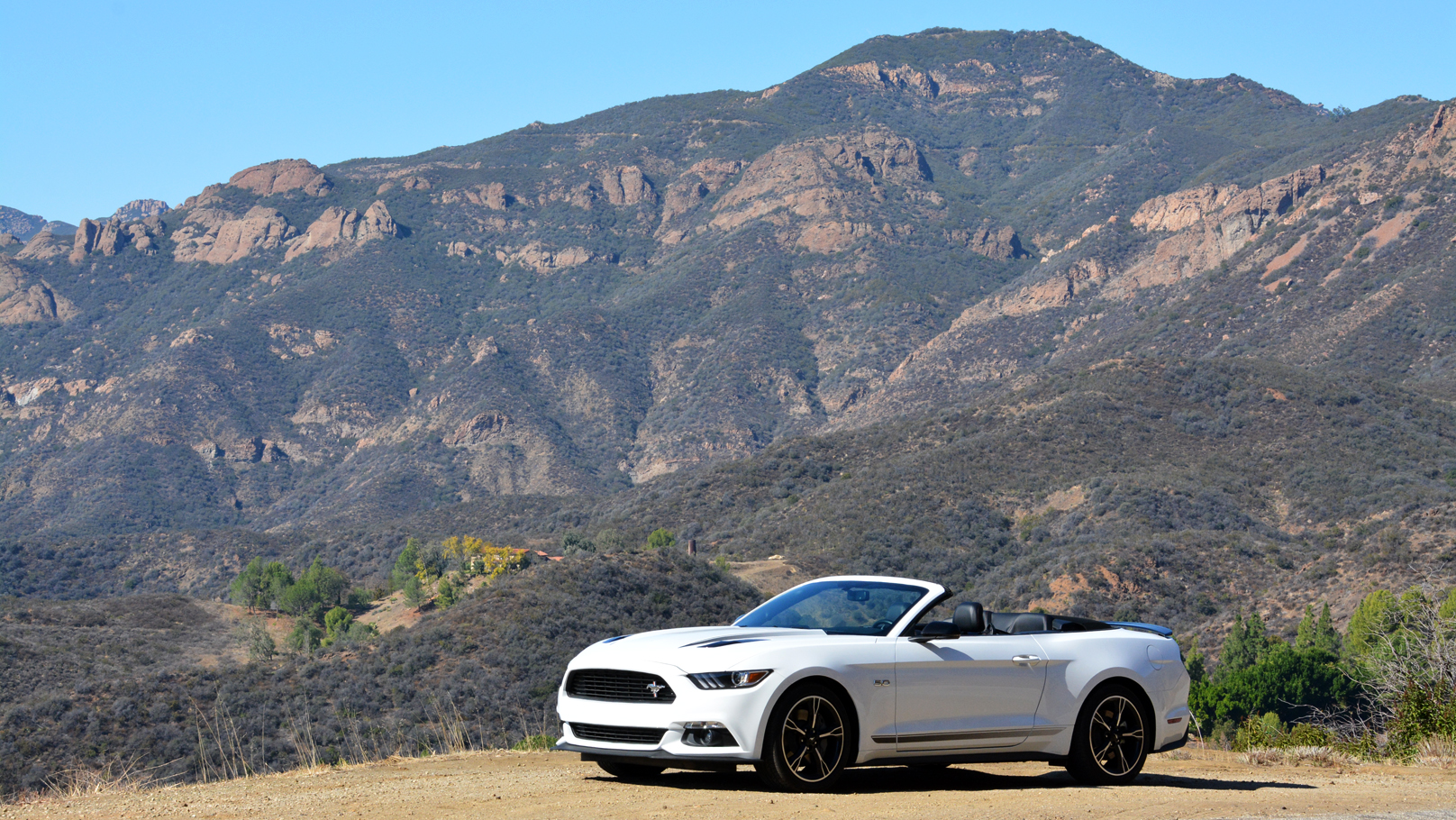