C-HR stands for Compact High Rider and it is perched up on its wheels just like some of its main competitors such as the Mazda CX-3 and Nissan Juke.

C-HR stands for Compact High Rider and it is perched up on its wheels just like some of its main competitors such as the Mazda CX-3 and Nissan Juke.

Toyota already has a highly popular compact CUV in the RAV4, but it is noticeably bigger – more mid-size, really.

So where does the C-HR fit in the marketing mumbo jumbo in its segment? 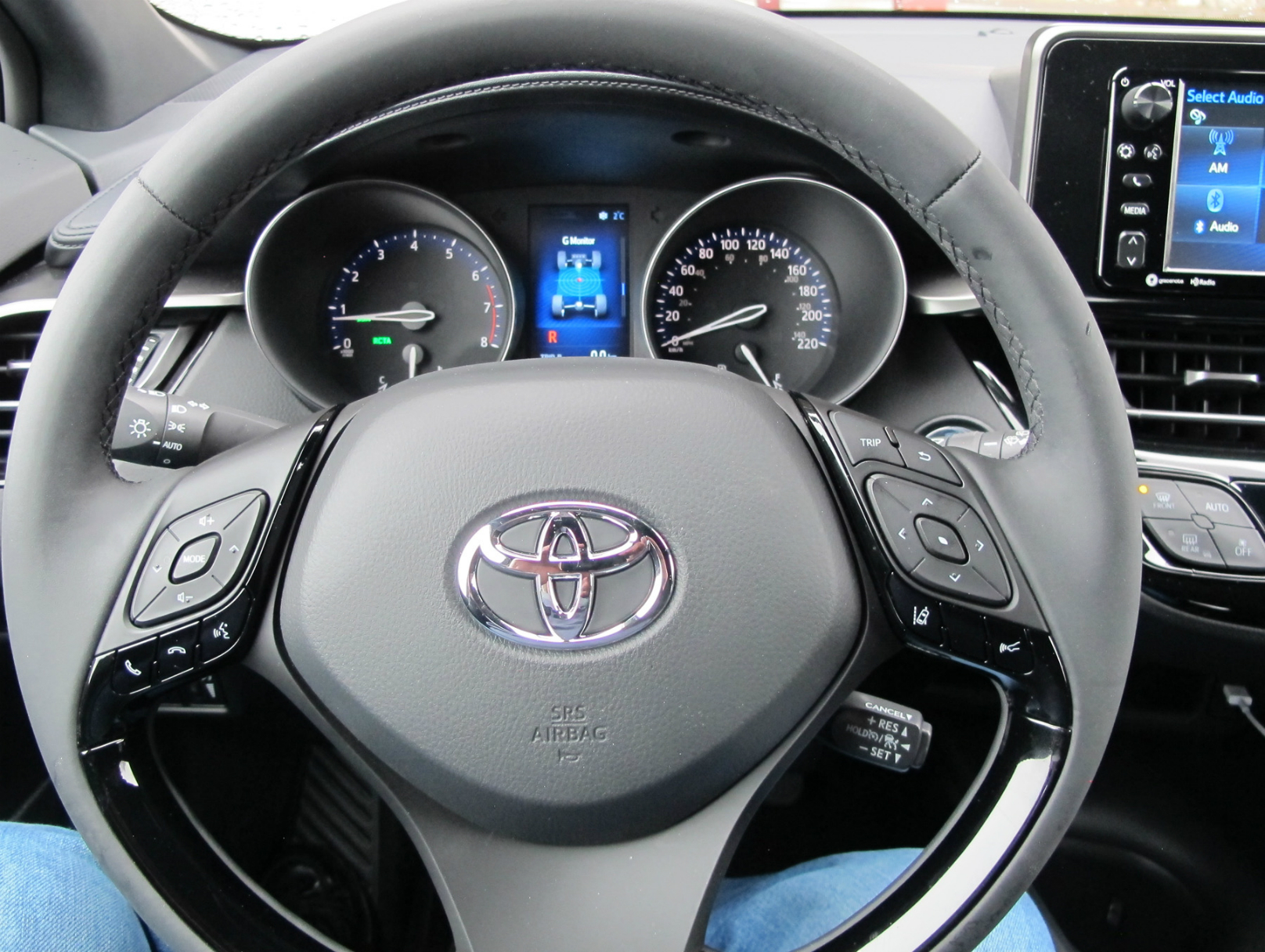 Not surprisingly, Toyota views it very much as an urban commuter car for those in the under 45 age bracket, who are climbing the corporate ladder and are very aware of trends.

I suspect the breadth of appeal will be much greater especially to mature owners who don’t need a big car anymore but want to know they can drop the rear seat for bigger items or for some extended time away at the cottage or travelling.

Key to that will be Toyota build quality and reliability, which probably brought them to the brand in the first place. 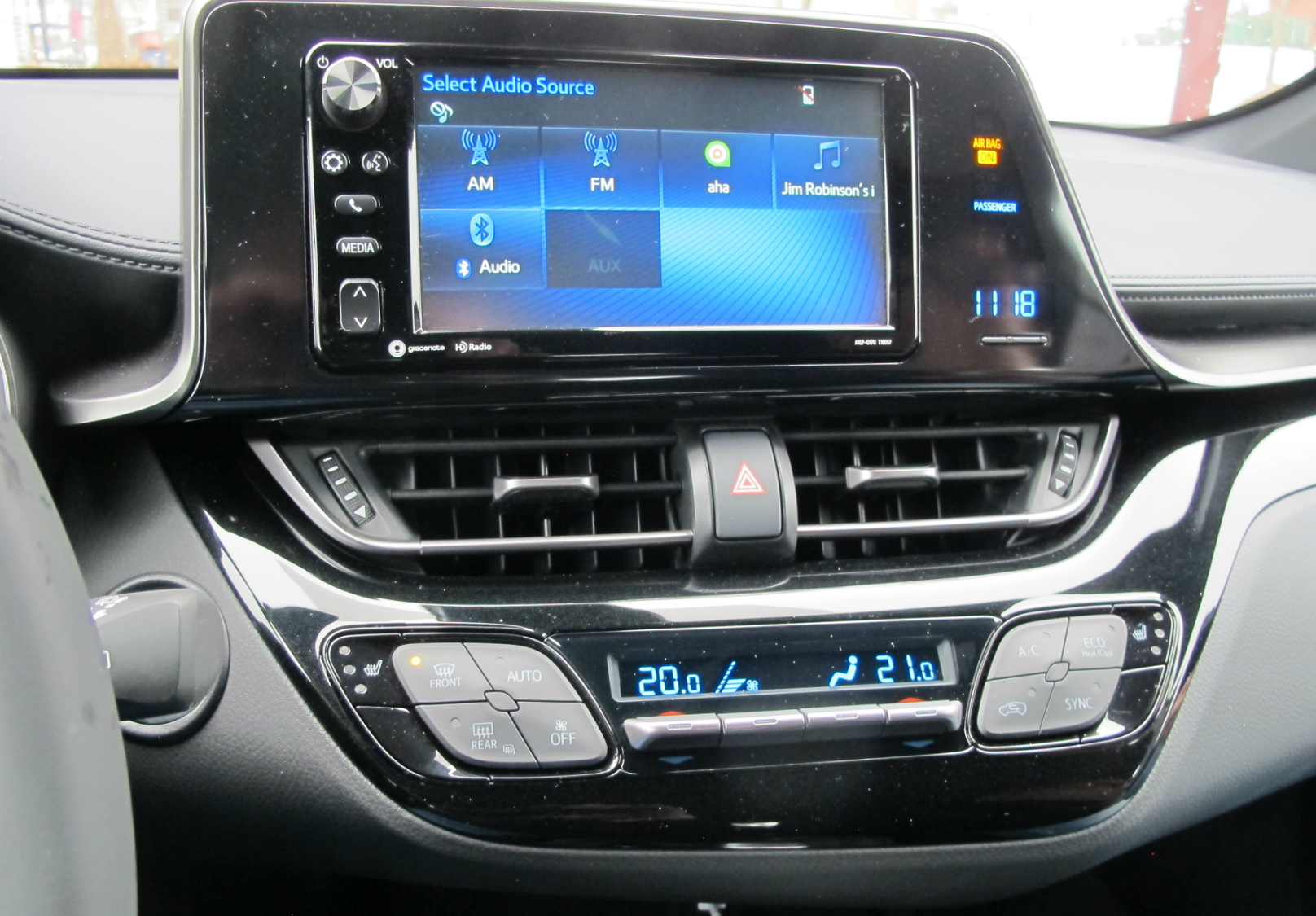 The C-HR is built on the very stout, new global platform so far only shared with the Prius.

It features MacPherson strut front suspension and a double wishbone setup at the rear. Double wishbones are more expensive than a simple twist beam thus easier to engineer while keeping costs low.

The upside is the increased ride and handling. Double wishbones keep everything more stable and shock towers don’t encroach on cargo space.

C-HR is a front-driver only with all-wheel-drive unavailable and probably not planned if Toyota wants to offer C-HR as a hybrid in the future, which is very probable.

Likewise, there is only one engine and transmission, a 2.0-litre DOHC inline four-cylinder with 144 hp and 139 lb/ft of torque hooked to a CVT transmission with seven “steps” when operated in manual shift mode.

It is no rocket off the line or when climbing steep grades, but power is nonetheless adequate for normal driving situations. 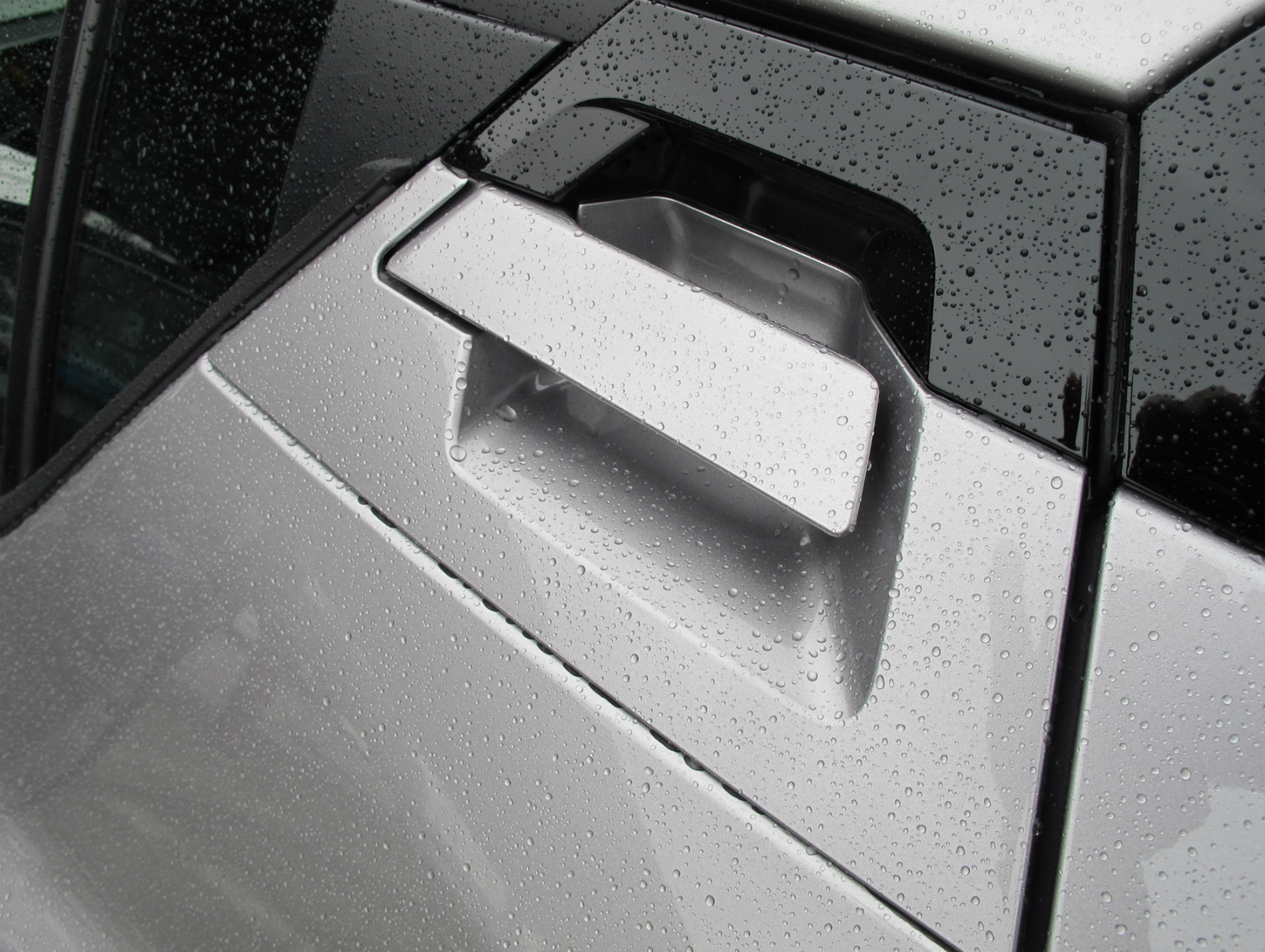 You have a choice of two models, the XLE starting at $24,690, which is extensively equipped as standard with Display Audio system with seven-inch screen, Bluetooth connectivity for portable electronics, voice recognition technology, the Gracenote music database, and steering wheel-mounted audio system controls and that’s just a partial list.

This package is worth the extra price because the high rear valance panel results in the back-up camera image curiously located in the left corner of the inside rear-view mirror, thus limiting vision especially in cross traffic situations. 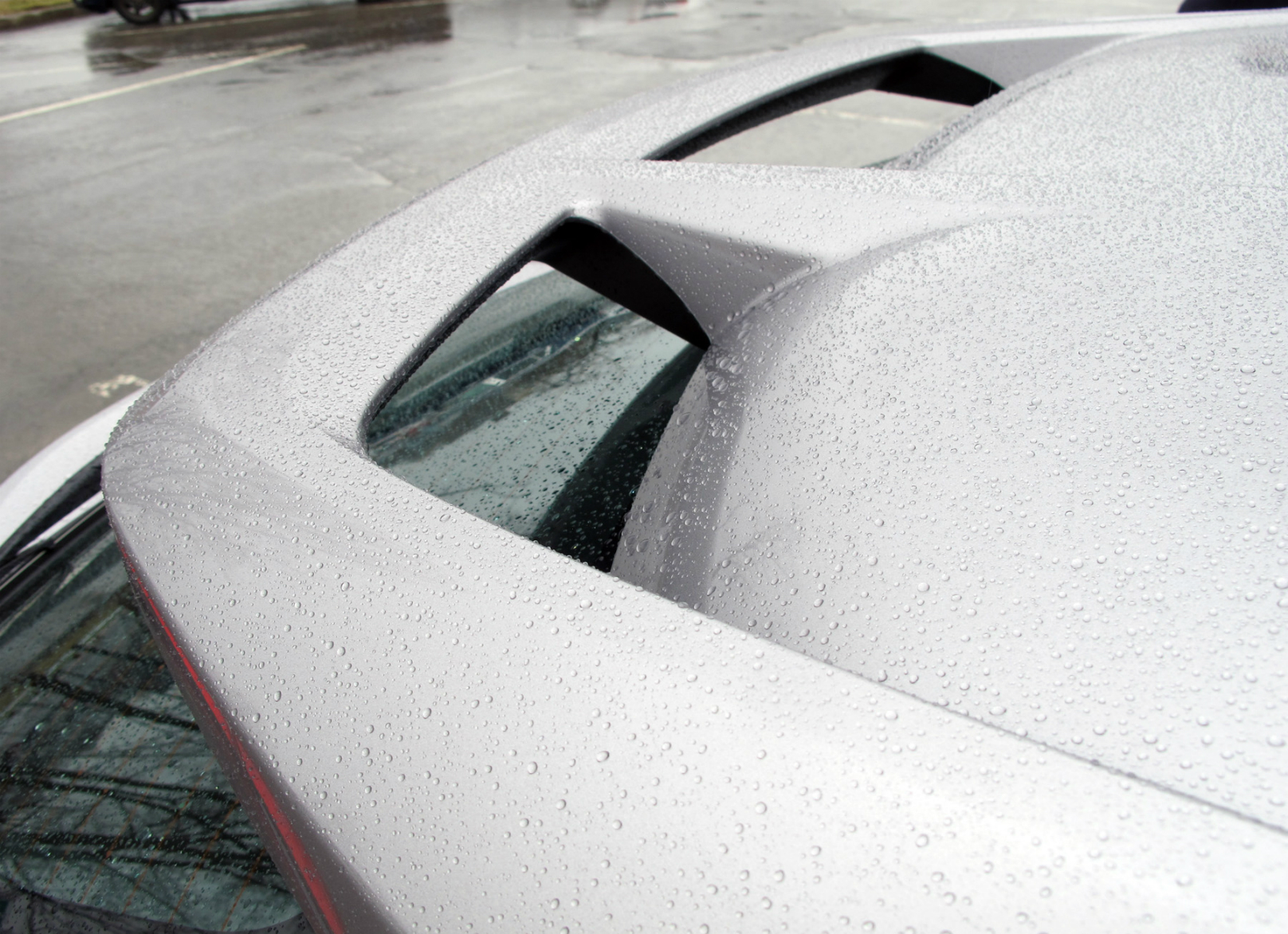 Styling is another departure from the norm for Toyota.

Never a trend setter, Toyota built itself on never being daring in the looks department, although this is changing.

Also Read: A crossover for all seasons Subaru Crosstrek

The C-HR we see was supposed to have been a Scion, Toyota’s  youth oriented division that died because the appeal wasn’t broad enough.

So the C-HR is way out there for a Toyota; and it’s about time.

The chiseled styling inside and out is what Toyota calls “distinctive diamond” with square patterns repeated in terms of the exterior character lines and even on the interior trim.

From the arrow-like nose to the tall rear, this looks like no Toyota that has gone before. 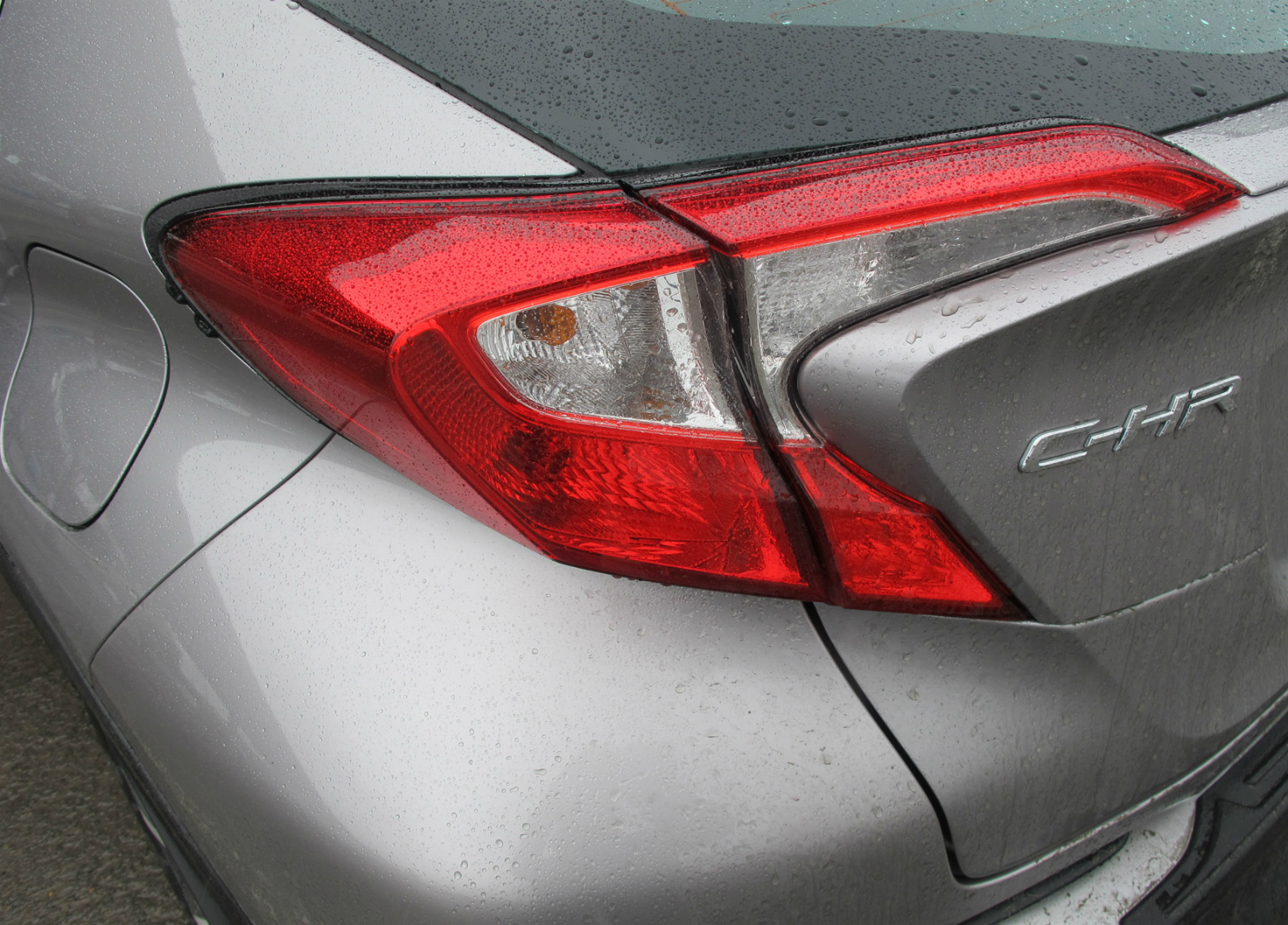 It drives differently too, with none of pillow-like ride of Camrys or Corollas I’ve driven in the past.

The media introduction of the C-HR was held in and around Montreal in driving rain that saw areas north of the city get flooded out.

Huge ponds of standing water on the highways normally mean watch out for aquaplaning, but the C-HR wasn’t bothered much, probably due to its slightly higher ground clearance.

Despite its smaller size, getting in and out of the front, as well as back seat, was easy even for someone like me with generous proportions.

The slightly higher driver seating position was also beneficial in the rains, which augers well for winter conditions.

I came away thinking that the C-HR, which I initially viewed as the odd man out in the Toyota lineup, was actually an astute decision.

The 2018 Toyota C-HR has a lot going for it, which consumers will find after taking it out for a test drive. 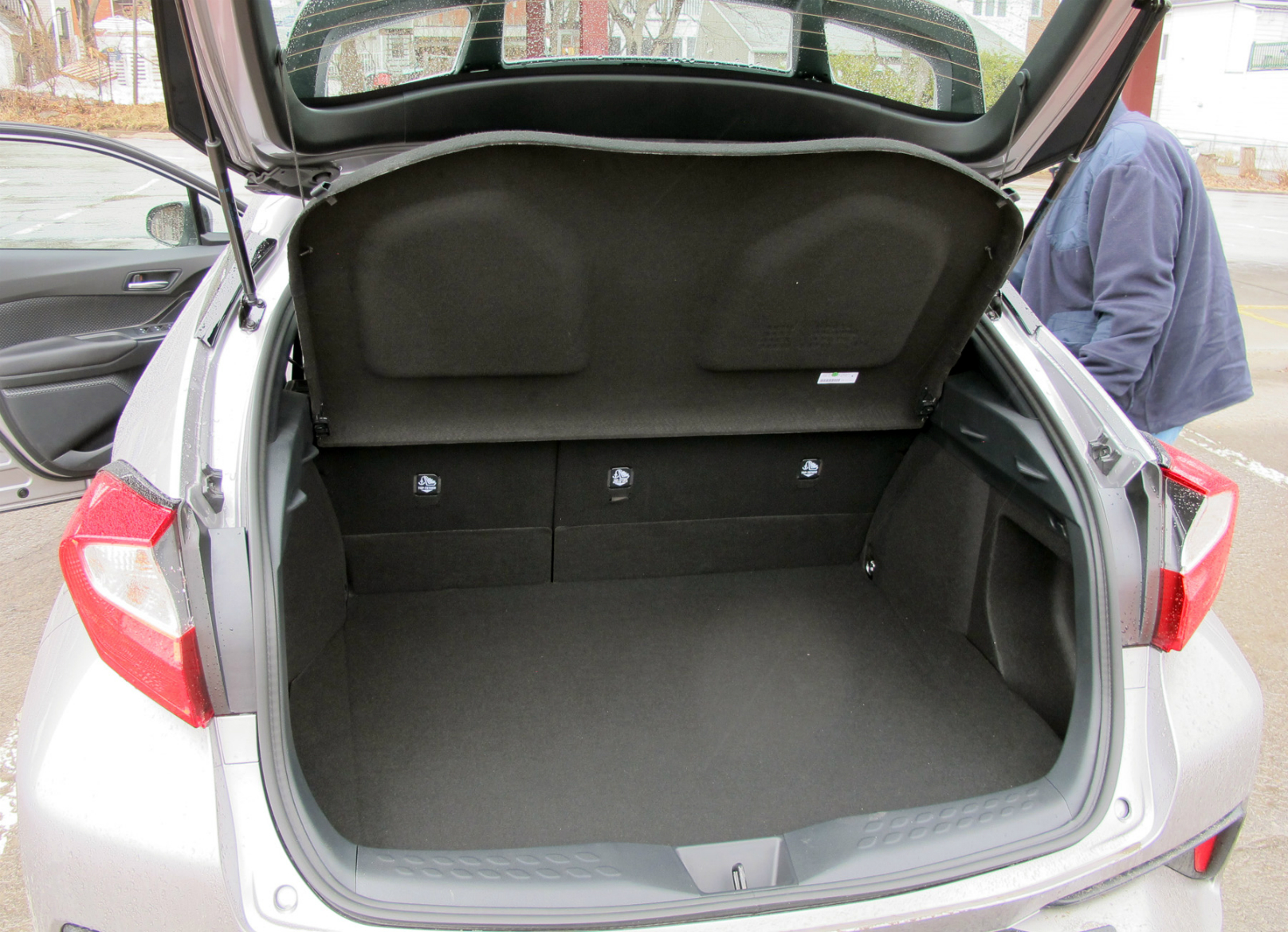