Like the rest of the 3 Series lineup, our as-tested 328i xDrive Touring model has been refreshed with a few cosmetic and dynamic improvements for the 2016 model year 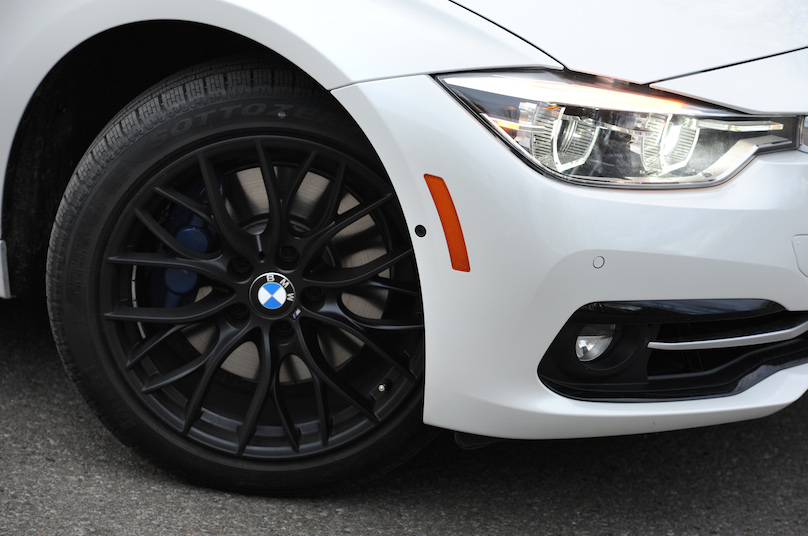 The g-forces of the turn are tugging you sideways against the seat belt and bolsters. And logic says you’re going too fast, too fast through the corner.

But the BMW you are sitting in somehow seems to be calmly suggesting that “no, no, everything’s just fine”.

That’s the very essence of the sport sedan experience that BMW has long perfected.

Or in this case, the essence of a station wagon with the heart and soul of a sport sedan.

The BMW Touring model adds a little extra cargo room and versatility to the performance and luxury mantra of BMW’s 3 Series lineup.

Yes, this station wagon might actually intercept a few customers on their way to an X3 crossover, but this sporty and modern take on an old fashioned formula might just manage to offer the best of both worlds – sport and utility.

And like the rest of the 3 Series lineup, our as-tested 328i xDrive Touring model has been refreshed with a few cosmetic and dynamic improvements for the 2016 model year.

Inside, the evolution of refinement continues with quality material upgrades and a new console design with new covered cupholders and an added cubby. There are more chrome highlights throughout the car, including new edging on some of the buttons. And our tester, in this instance, adds surprisingly kitschy white body-coloured trim pieces to the console, doorpulls and dash, a complementary reflection of the brilliant Mineral White exterior. 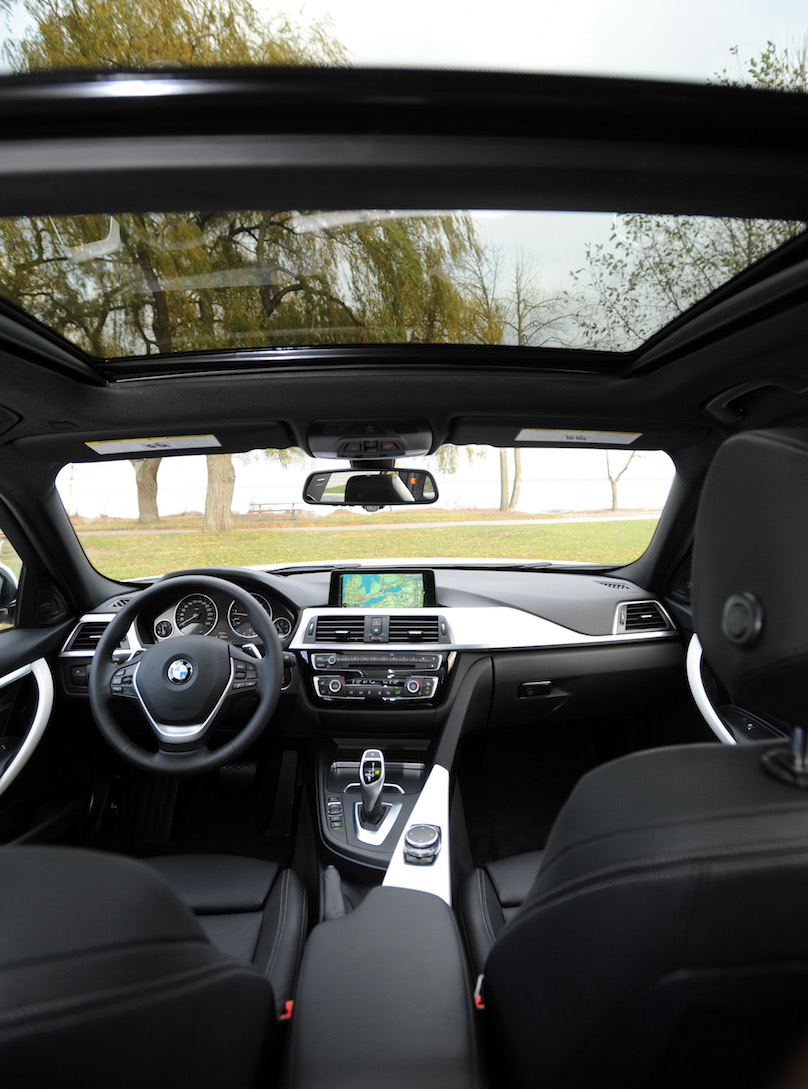 Most BMWs come with their fair share of goodies but this 328i Touring has been fleshed out further with a Premium Package Enhanced ($5,400) that adds a heated steering wheel, an upgraded alarm system, rear view camera, auto-dimming exterior mirrors, front and rear Park Distance Control sensing, a head-up display (HUD) that projects speed and info onto the windshield, a HarmonKardon Sirius XM sound system and a few other odds and ends.

There’s roomy comfort for four inside, do-able space for five, and the versatile 40/20/40 rear seat offers a variety of passenger/cargo configurations, maxing out the 495 litres of luggage room to 1,500 litres with the second row folded flat.

The separated rear storage area make the Touring perfect for pet owners, ready and able for those treks to the leash-free park.

Another neat trick in back allows the cargo area privacy screen to be stored under the floor when not needed.

Under the hood, the 2.0-litre twin turbo four-cylinder carries over this year, making 241 hp with 258 lb/ft of torque peaking across a broad power band from 1,250-4,800 rpm. This engine promises a 6.3 second 0-100km/h acceleration time. A four-banger will never sound as sweet and smooth as a six but the 2.0-litre engine’s get-up-and-go feels spirited and linear.

Fuel economy has been rated at 10.5/6.9L/100km (city/hwy) although my mixed bag of driving, with long highway cruises, urban traffic limitations and occasional bursts of sheer pedal-mashing fun, averaged out to 9.6L/100km (comb). 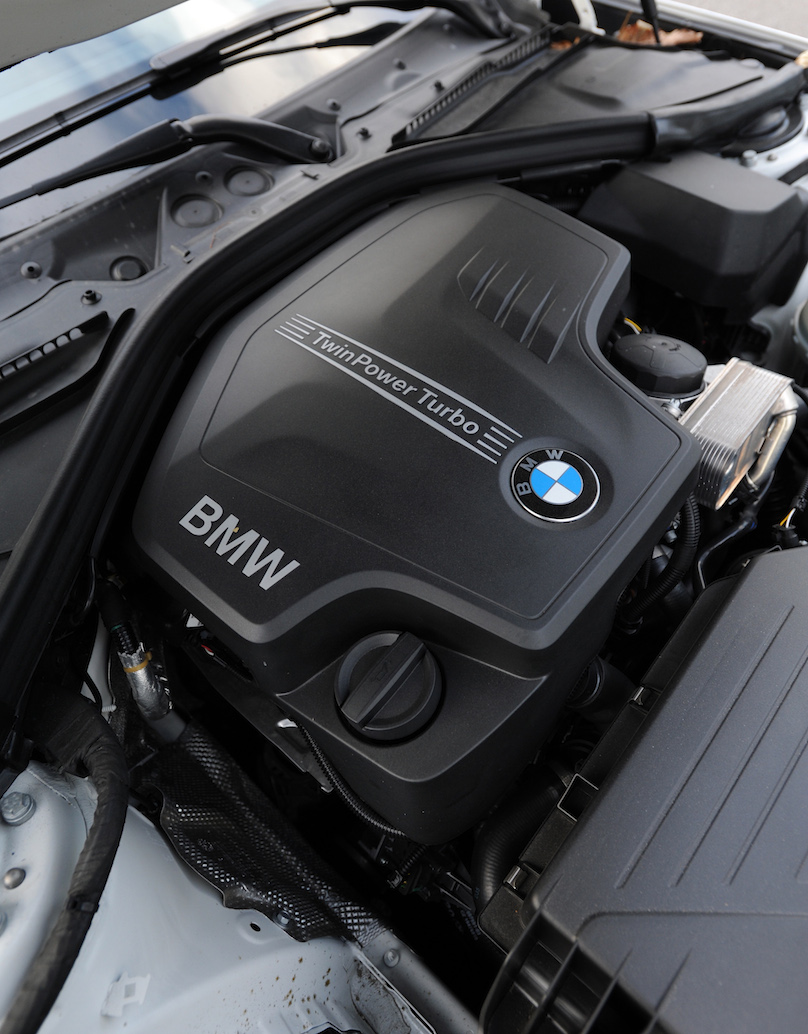 As I alluded to in the beginning of this review, go-fast ability depends on more than just power and, for 2016, the 328i has honed its handling competence with chassis upgrades that include new front struts, new rear dampers, an updated Dynamic Stability Control system (DSC) and with redesigned electric-powered steering system (EPS). The standard eight-speed automatic was also revised for 2016 and the added traction and all-weather security of the XDrive all-wheel-drive system is an inherent bonus for confidence-inspiring tractability.

What a pleasure to drive.

The BMW 328i xDrive Touring makes for a very complete package, offering just enough versatility for customers who want the extra room, but not at the expense of losing the classic sport sedan performance values.

BMW’s 3 Series lineup, racking up over 14 million sales in its history, accounts for 25 percent of BMW’s global sales.

And, with a versatile stable of products that includes models like the 2016 328i xDrive Touring, the future evolution of the sport sedan, and the sport wagon, seems secure. 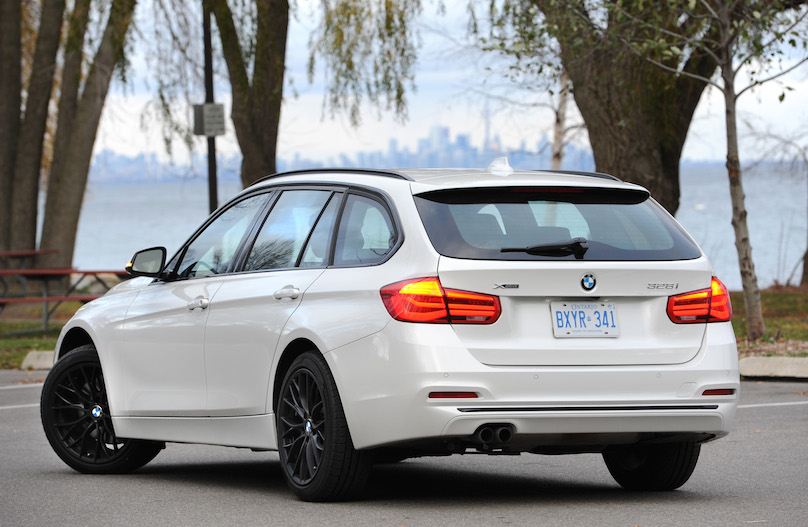