So what is it like to live with a $550,000 Lamborghini Aventador roadster on a day to day basis, the answers may surprise you. One never gets over the sinister black shape reminiscent of the American F117 Stealth fighter

SO what is it like to live with a $550,000 Lamborghini Aventador roadster on a day to day basis, the answers may surprise you.  One never gets over the sinister black shape reminiscent of the American F117 Stealth fighter, though the more common sobriquet from first time viewers is “it’s the Bat Mobile”.

Getting in and out of most cars does not usually require any great agility on the part of the driver or passenger, however in a Lamborghini Aventador the time and tested method is bum in first, then you swing your legs in, all of which is guaranteed to make you look like a real plonker. Exiting is perhaps more complicated as you are desperately trying not to whack your head on the magnificent scissor doors. And if you are a woman I recommend you do not wear a dress while getting into or out of a Lamborghini. 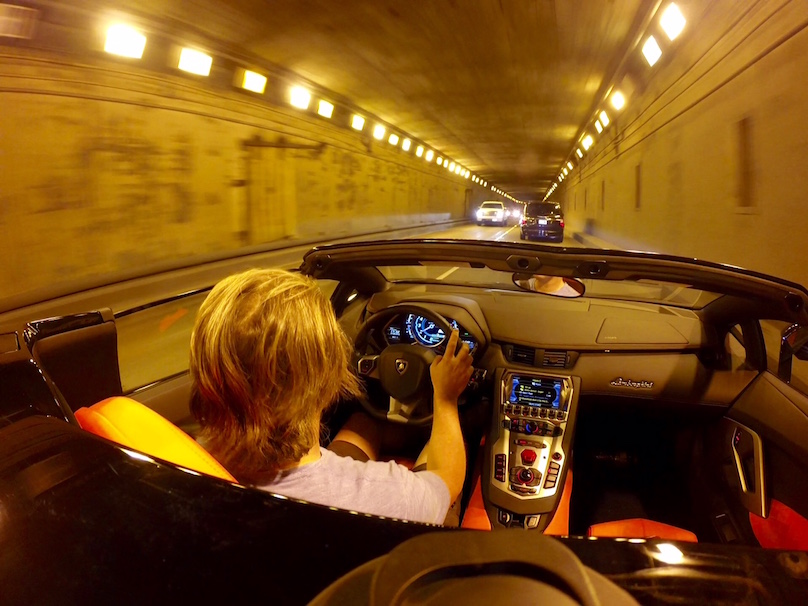 The interior is very much like the cockpit of a fighter plane, lots of buttons and knobs some of which make sense, others are seemingly only for decoration. The most important button however is the engine stop/start which resides under a red flip cover, it’s very theatrical and very cool, especially when a bellowing V12 erupts after you press said button.

Frankly it’s a dramatic shock to your senses for a few seconds before the engine calms down and you get ready to drive away. To drive away you simply pull the right side paddle to engage 1st gear which puts the car in automatic. Once on the road you are immediately aware of how wide your attention grabbing supercar is, after which you discover that the visibility out of the car is less than ideal. I enjoy pulling up to traffic lights, but unfortunately I’m not able to see what the traffic lights are signaling because the top of the windscreen cuts of my vision. Driving into direct sun I advise wearing a baseball cap and sunglasses, as the cool image is spoiled when driving with one hand in front of your eyes.

The first few times I drove the car I was excited and petrified all at the same time.  The fear is heavily reduced by the fact that this car is easy to maneuver thanks to its hydraulic power steering. This is in complete contrast to the 6spd manual Lamborghini Murcielago, one of the most physically demanding and exhausting cars I have ever driven.

In spite of having driven the car numerous times I have yet to find the perfect driving seat position, this is due to the driver’s side being a tad cramped, even claustrophobic. But curiously one has tons of room as a passenger. The car is at its best when you remove the two carbon fibre roof panels and store them in the specially designed slots in the bonnet. This is a vast improvement over the tent building exercise in the Lamborghini Murcielago roadster. Practice makes perfect, first time it took me 20 minutes to figure out how to slot the roof panels in the correct positions, now I have it down to 2 minutes. The car is transformed as a roadster, you get to feel the wind in your hair and you get to hear the sonic thunder of the mighty V12 roaring away behind you. 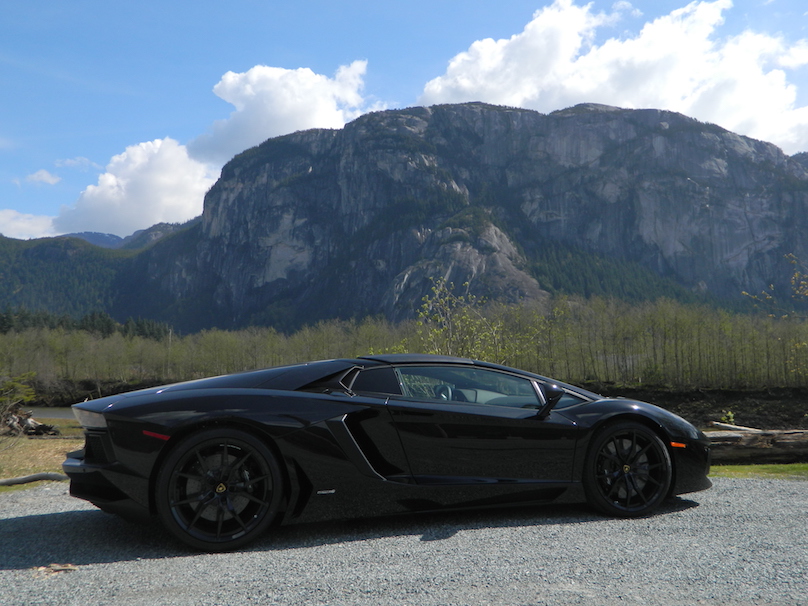 The Aventador has 3 driving modes strada, sport and corsa, strada is by far the quietest engine sound which is uninspiring even disappointing; switch over to sport and the engine bellows and roars. By far the most rewarding sound is hearing the downshifts resulting in a furious cacophony of crackles and pops, I get a tingle just thinking about it.  For the best driving mode put it in sport and manual. To shift, use the paddles which are located behind the steering wheel, left side for downshift, right side for upshift. Leaving the Aventador in automatic mode is too brutal, the system always seems to order up a gear change at the wrong time. I have had the pleasure of driving a Ferrari 458 and McLaren 12C both fitted with double clutch gearboxes which provide a smoother and more enjoyable automatic driving experience.

Driving around in an Aventador has its perks. My favorite is having cars move out of the fast lane for you on the highway, oh man that gets me every time. These cars are meant to be enjoyed by all so it’s always a pleasure to give people a thrill.

I am constantly seeing someone hastily getting out their camera phone to take pictures of the car. This can be a little nerve wracking when they are behind you and you are hoping they remember to brake. 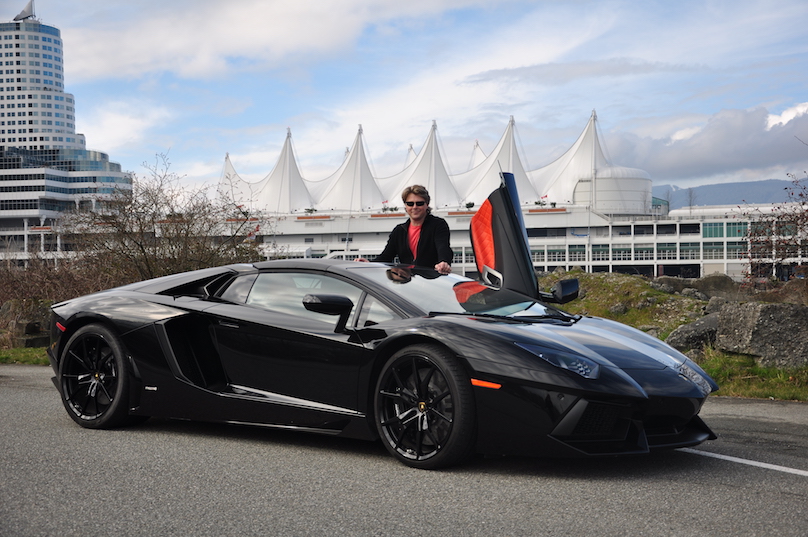 The other day I had just finished gassing up the car when I looked out the driver’s side window to see a young kid standing next to the car. I lowered my window whereupon he asked if he could get his picture taken with the car. My wife hopped out to take some pictures. I got talking to his mother, turns out “Joe” had spotted the Aventador from across the road and demanded his mother cross several lanes to take him over to the car.

It made his day and put a huge smile on his face, that is what supercars have the ability to do and that’s the greatest thing about living with an Aventador.

You May Like: Preview: Lamborghini Huracan Spyder built to be seen and heard 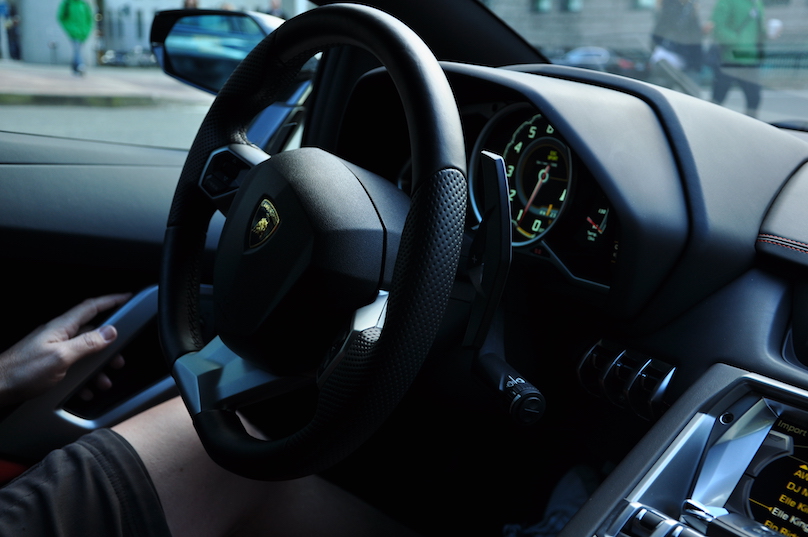 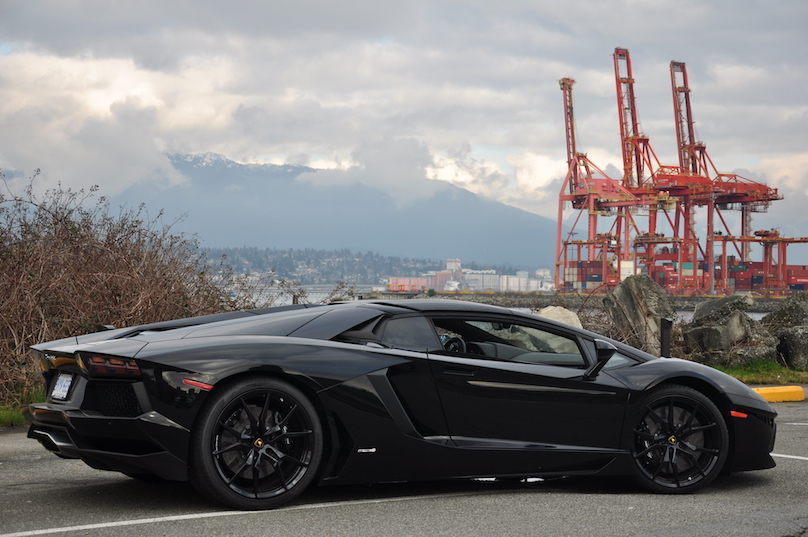 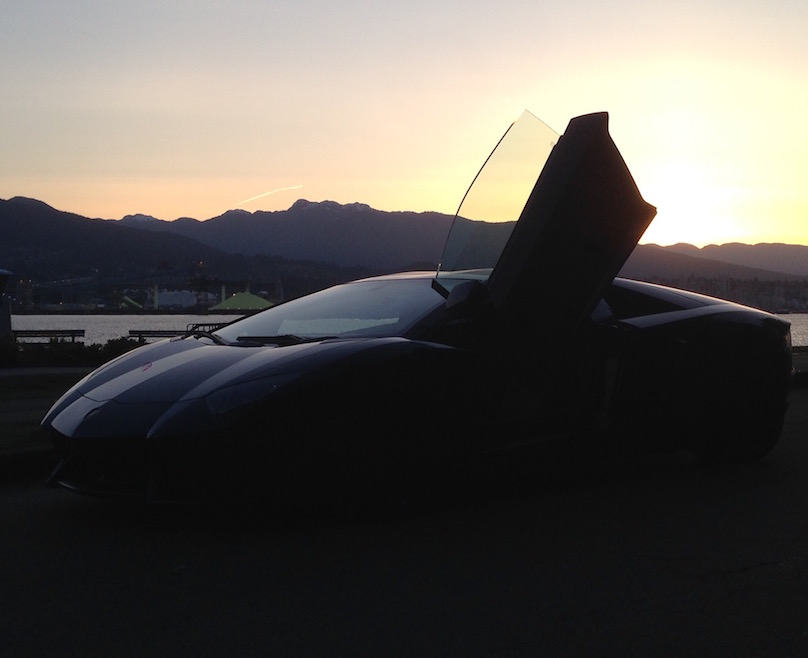