48 Hours in Montreal on the new Sportster 48

Since it had been a few years since I’d visited one of my favourite cities, I decided to stick around to explore Montreal from the seat of a revamped 2016 Harley-Davidson Sportster 48.

I’ve never heard a single person say they dislike the City of Montreal. There is something euphoric about the place that stays with you after you leave. I have enjoyed the city many times before while on business trips or stag weekends where the focus of nocturnal activities gravitated towards the bright lights and bawdy establishments of St. Catharine Street until the wee hours of the morning, but the city offers so much more.

Invited to experience Project LiveWire at a Test Our Metal event at Leo Harley-Davidson just outside Montreal, Quebec, I was excited to covertly join a group of Hog owners for a test ride to judge the bike for myself and hear what others were saying about the technology. Since it had been a few years since I’d visited one of my favourite cities, I decided to stick around to explore Montreal from the seat of a revamped 2016 Harley-Davidson Sportster 48.

Aside from the AMF-inspired retro tank art and new colours like that of the vibrant Hard Candy Gold Flake on that of my tester, changes include new 49mm front forks with cartridge damping, stronger triple clamps and a fork brace. This increased stiffness up front allowed rake to be reduced by 1.3 degrees and trail to be lengthened an inch, improving low-speed maneuverability. All of the aforementioned changes that improve the ride and handling are complimented by the beefy Michelin Scorcher 31 tires and new 16-inch 9-spoke cast aluminum wheels that replace the former laced versions. Other changes in appearance include exhaust shields with old-school cut outs and a selection of other blacked-out bits signifying it as a member of Harley-Davidson’s Dark Custom series.

In addition to the aforementioned nightlife, smoked meat sandwiches, bagels and poutine, Montreal is notorious for its poor road surfaces and even worse drivers. Shocking and disconcerting at first, local motorists are laughably inept and unapologetically aggressive. Use of turn signals are non-existent while multiple lane changes are both frequent and abrupt. That being said, ample brakes, a 1,200cc Evolution engine boasting 71 ft.-lbs. of torque at 3,500 rpm, and stiff suspension of the solo saddled bobber all came in handy for staying out of harm’s way. Don’t even think about making a right hand turn on a red light though, that is illegal and highly enforced.

This vast contrast between tradition and modernity was not lost on me as I got off the Sportster 48 and onto Project LiveWire.

Formerly visiting Montreal in the depth of winter where we sprinted to and from cabs to seek refuge from the cold, the warm September weather allowed me to explore the city in its entirety. This time around I was in search of a different kind of satisfaction – experiences that satiated my stomach and soul. I witnessed the convergence of virtual reality and artistic expression at a fascinating exhibit called ‘Sensory Stories’ in the Phi Centre on Saint-Pierre Street. Difficult to put into words, it was a great place to wait out the rain and expand the mind free of narcotics. Creating an inviting, interactive and free experience for visitors, their mission to share many forms of art in an inviting, educational space. 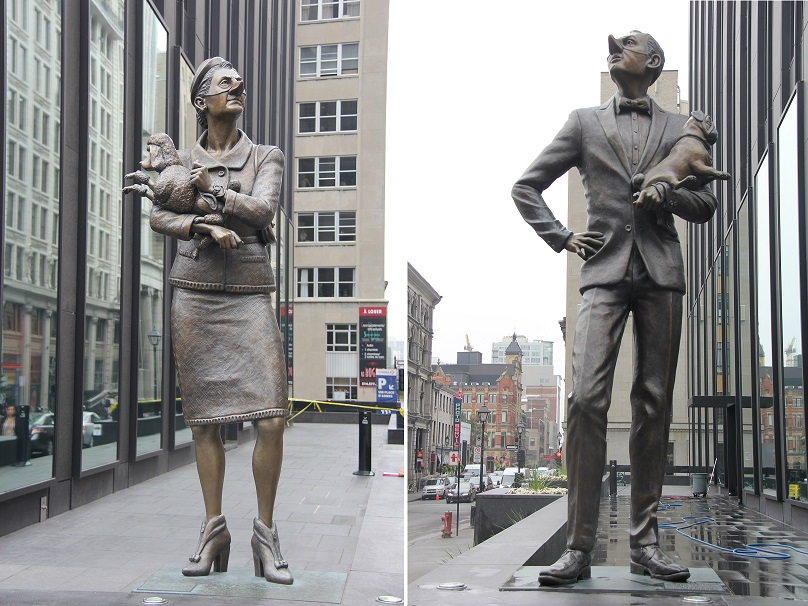 Montreal is a very modern and progressive city, yet is steeped in heritage and tradition. This duality is demonstrated through its architecture, fashion, its history of cultural tension between the English and French and even in its cuisine. So intrinsic to the fabric of the city, its bagel shops have been granted special status to use wood burning ovens that have otherwise been prohibited in new buildings. Freshly made as they have been for generations and served while still warm, the St. Viateur Bagel Shop is legendary with good reason. Shwartz’s Deli, another Montreal institution, serves smoked meat sandwiches the same way they did when they opened at that very location in 1928, with mustard and a pickle. Expecting to be disappointed after years of hype from friends and family, I was pleasantly surprised and impressed. A second, more modern location recently opened across the street to handle the overflow which offers the same food but without the tradition, or lineups, of the original location. 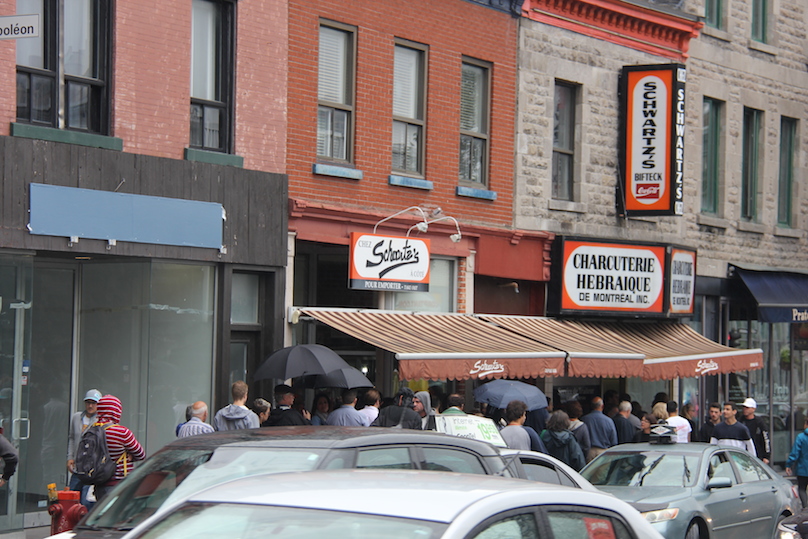 Juxtaposed to the many bars, clubs and places of ill-repute are the historic, ornate and imposing churches like the Notre-Dame Basilica in Old Montreal. Constructed in the gothic revival style, the present-day Basilica, which was inaugurated back in 1829, the story of its design and construction are fascinating. The church carries on the Catholic tradition while also being the site where many dignitaries, rich and famous are married and buried. 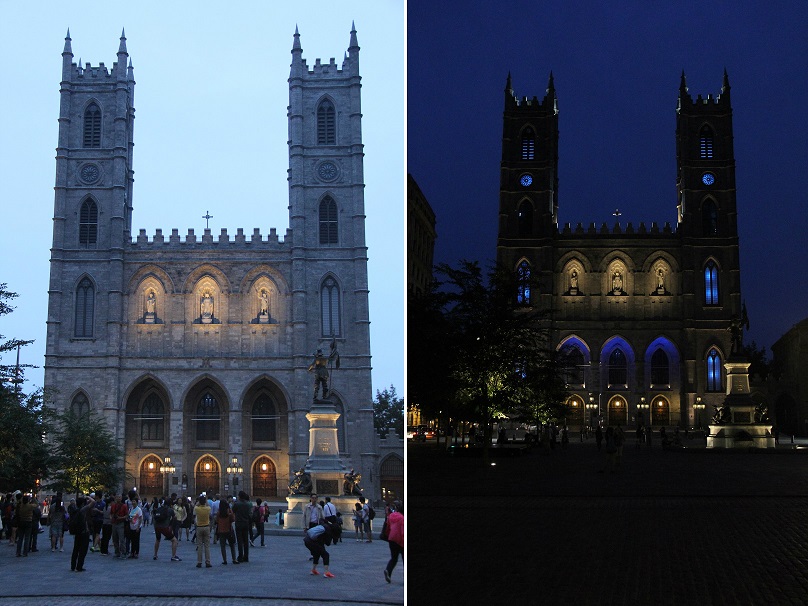 Throughout the city there are many places where old meets new culturally and architecturally. This vast contrast between tradition and modernity was not lost on me as I got off the Sportster 48 and onto Project LiveWire. Harkening back to 1957, the Sportster is an enduring, time tested formula featuring a rumbling, torquey V-twin, while the LiveWire features innovative new technology and personifies a significant shift towards the potential future of personal urban mobility.

Embracing cultural and historical elements I never would have previously searched out, this trip was about experiencing the famous spots I’d always meant to visit but hadn’t, along with finding the diamonds in the rough like Romados chicken and a Japanese-inspired speakeasy called Big in Japan. The former is best experienced by grabbing an order to go and sitting in the nearby park with a frosty one. Thanks to something called the Picnic Law, drinking in public parks is tolerated in Montreal, as long as you’re consuming food. Go figure.

Woking with a landscape architect named Claude Cormier, many of the city’s public spaces are being transformed in an artistic, accessible way to encourage a feeling of community, like the mural festival where members of the public are encouraged to artistically deface specific spaces, resulting in open air galleries. Offering many distinct neighbourhoods that combine a vibrant heritage with a modern prerogative, Montreal truly is a world class city. Sure, the roads, which are perpetually under construction are among the worst on the continent and its drivers are unpredictably erratic and discourteous, but there is much to offset these downsides. Not the least of which are its unique European inspired culture, history and cuisine. As is the case with enjoying most cities, it’s simply a matter of exploration until you find the places and spaces that appeal to you. 48 hours is barely enough time to scratch the surface of what this great city has to offer, which is all the more reason to plan another visit. 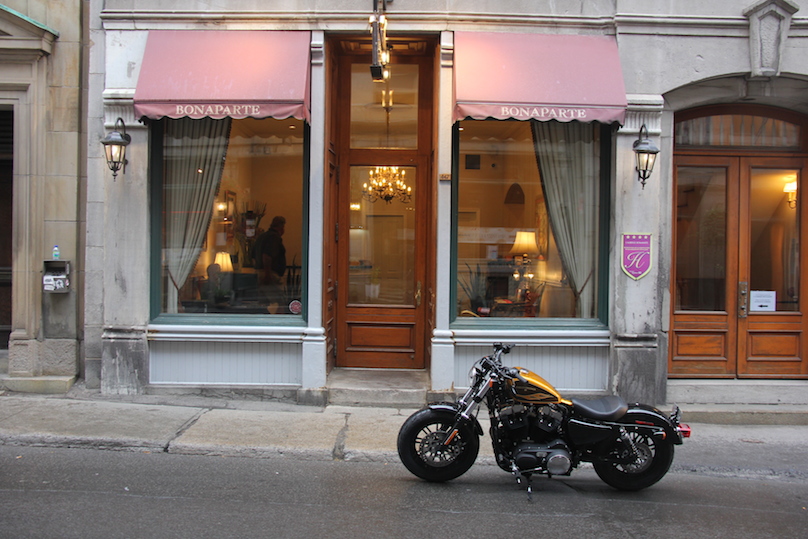 Project LiveWire is a fascinating crowdsourcing initiative. Rather than merely taking a new electric motorcycle directly from drawing board to dealership, The Motor Company decided to let the riders have a say in its development. Currently a prototype, Project LiveWire is a hand-built precision-engineered electric motorcycle concept designed to develop and mature the technology while gaining insight from its existing customer base following rides in real-world conditions. Little about Project LiveWire is conventional Harley-Davidson. Hand controls are from the HD parts bin but that’s about where the familiarity ends. Not only do electric motorcycles create a paradigm shift in transportation ideology, but also operation procedures. Aside from the lack of a V-Twin, there is also no clutch and no shifter – all of which takes time to get acclimatized to. Propulsion is disabled when the side stand is down and during charging.

Perhaps the most notable difference from riding a traditional motorcycle is the sound, or lack thereof. Featuring an AC induction motor rather than an internal combustion engine, getting the bike started involves little fanfare or excitement. Other than the notice from the touchscreen display, you wouldn’t even know it was turned on. Slowly rolling back the throttle, forward propulsion eerily begins to occur without any audible cues. Not requiring a transmission either, power is seamless, constant and swift.

Coming to a rest at the first stoplight by rolling the throttle forward which results in regenerative braking energy, each rider in our pack of existing Harley owners was enthusiastically nodding in pleasant shock. You could tell nobody wanted to like it, but we all did. Starting off with 84 kms of range on the display, I arrived back at the dealership after riding roughly 10 kms, enthusiastically, with 82 kms of range left. Upon our return questions ranged from ‘How much?’ to ‘When can I buy one?’ Unfortunately it isn’t currently for sale, but this is a good sign nonetheless. Rather than praying for a future where electric motorcycles don’t exist, I’m actually pretty excited to see what they come up with next.