The 2018 Volkswagen Golf R, the hottest hatch in the Golf lineup, seen here in the startling shade of Viper Green Metallic, one of 30 specialty colours available.

“What are you getting over the holidays?” my wife asked.

Road tests tend to reflect the season – convertibles in summer, SUVs in winter and, over Christmas, preferably something utilitarian with room for packages and people.

Which raised the right eyebrow, nemesis of all husbandly hesitation.

“And it does have a back seat,” I added quickly. “And a fairly roomy hatchback space.

And even four-wheel-drive; very handy in case of snow…”

Yes, I was tap-dancing as fast as I could. 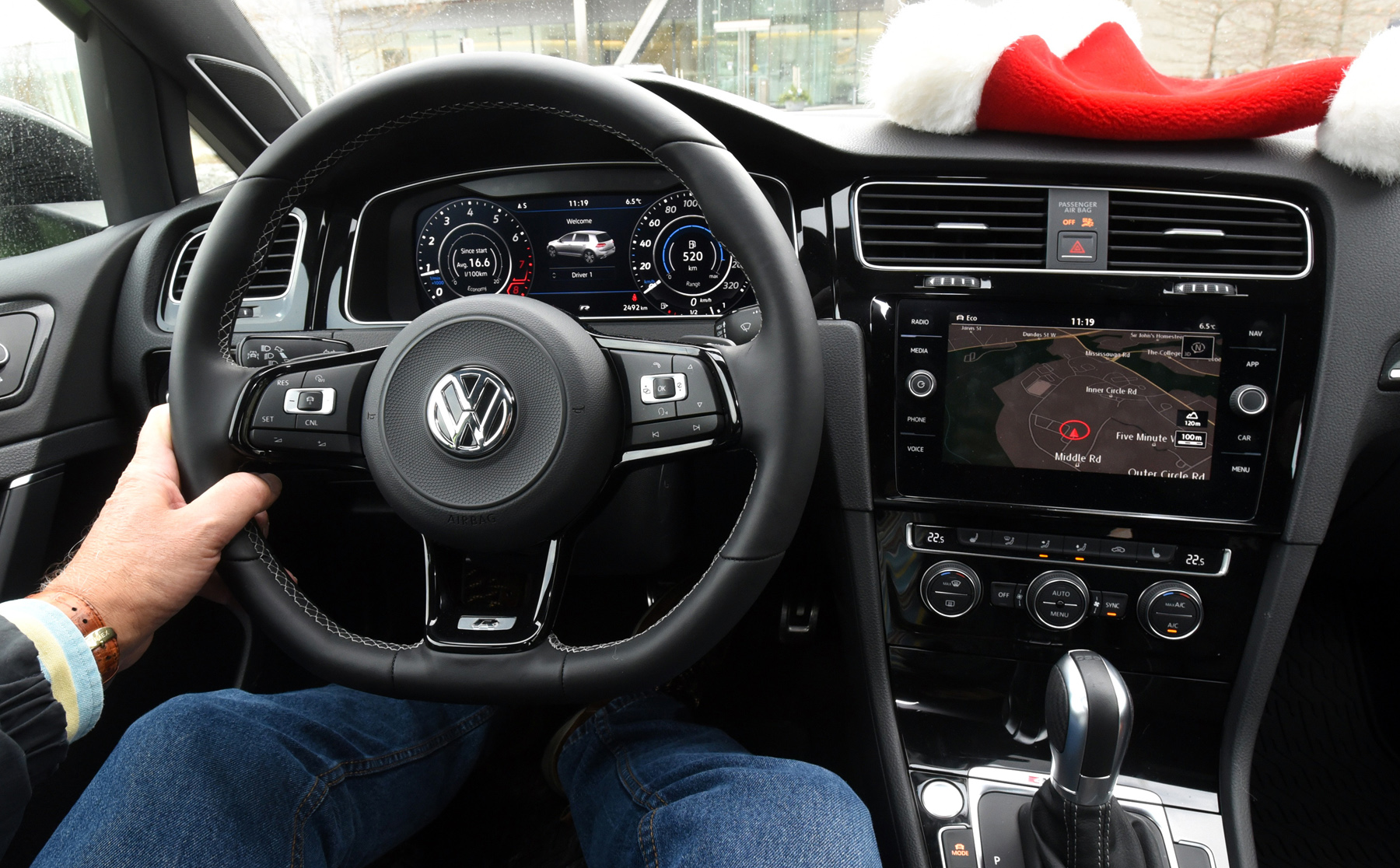 It also, I might add, has a honking 2.0-litre turbocharged TSI four-cylinder engine that pumps out 292 hp and 280 lb/ft of torque via a 4MOTION all-wheel-drive system that tears up the road through wide, low profile tires. And this is all done to the tune of a moaning engine and exhaust, lightning-fast DSG upshifts and blipping boy-racer downshifts.

How can you say no to all that, regardless of season?

“Yeah, we’ve had a lot of calls requesting these,” Dimitri from Volkswagen Canada told me later when I arrived to pick up the Golf R.

It was a good thing I’d called early to get to the top of Santa’s list.

Two Golf Rs sat in the lot, both in stunning shades of VW’s extensive and expensive 30-colour optional palette ($2,995). A six-speed manual version in orange was perched next to my ride, resplendent in equally eye-catching Viper Green and featuring the new optional seven-speed DSG automatic transmission.

And the hot hatch slot has historically been filled by the GTI, until the Golf R came to our shores as a new pinnacle of Golf power and handling.

Under the hood, the EA888 2.0-litre engine has been massaged with an upsized turbocharger and intercooler, along with modifications to the cylinder head, pistons, intake and exhaust valves, etc.

For 2018, the Golf R gets a long list of further upgrades including the seven-speed DSG tranny with steering wheel paddles, a Start/Stop system, a minor facelift and new LED headlights, DRLs and taillights, along with new front cornering lights. 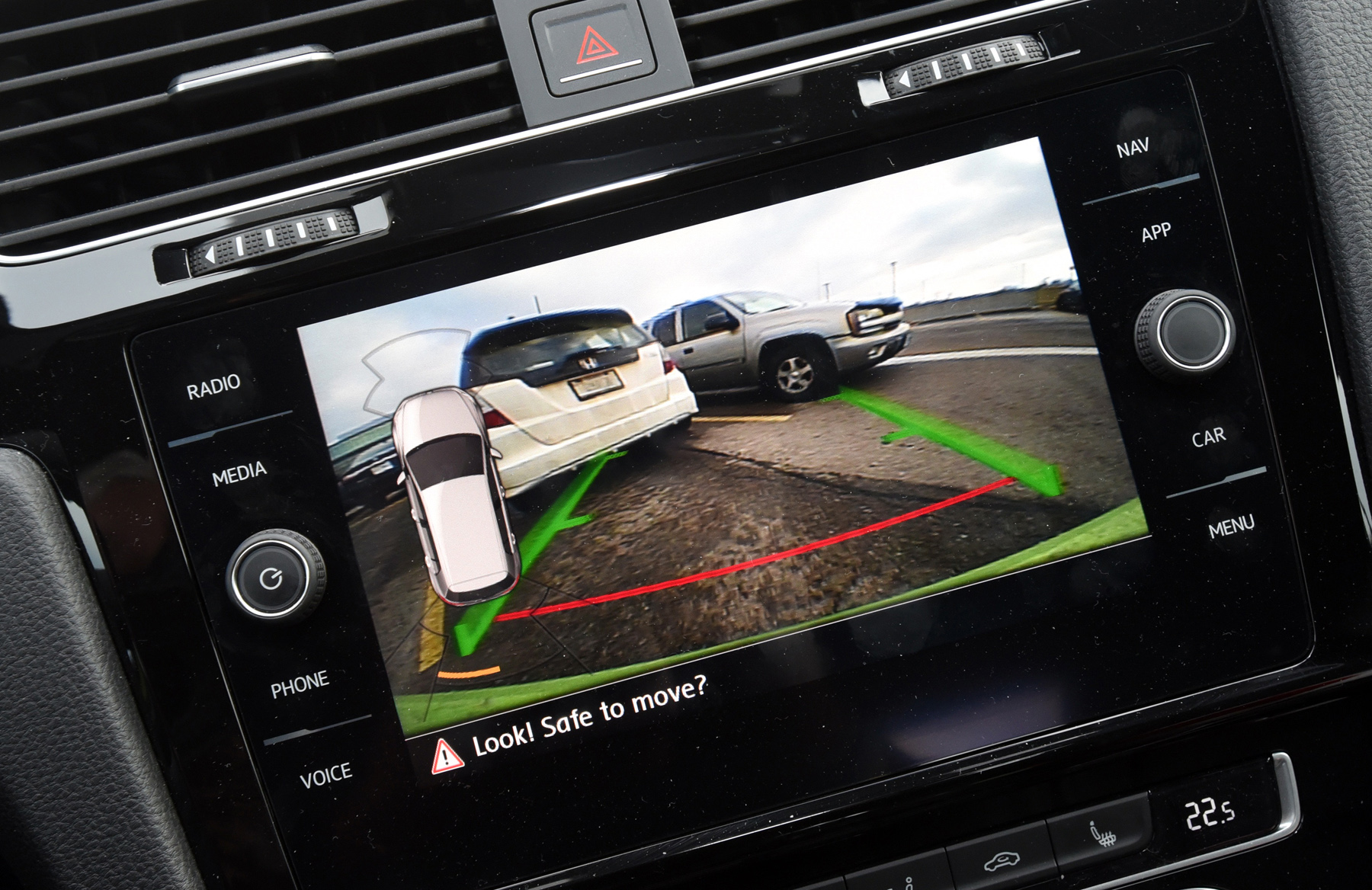 Inside, the 2018 Golf R replaces the centre stack 6.5-inch touchscreen with a new 8.0-inch display while also adding the new 12.3-inch Digital Cockpit with its Audi-like crisp gauge projections and info centre.

The cabin – Teutonically dark and handsome in Titan Black leather – is accented with blue ambient illumination on doors, doorsills and dash displays in contrast to the GTI’s red accent lines and lighting cues.

I sat and soaked in the sporty ambiance from viewpoint of the deeply bolstered seats before hitting the start button. Then I stabbed the Dynamic Chassis Control (DCC) mode into Eco and set off for home.

Yes, Eco. I’ve had the R on road and track, even carved a few ice track corners in a Golf R on the frozen lakes of arctic Sweden.

But I wasn’t about to go kamikaze on the snowy lanes of the long freeway ride home. In the “D” setting and Eco, Comfort or Normal modes, the engine hums along at a subdued pace, just tickling the 2,000 rpm mark at highway speed.

But unleashing the beast is just a foot stomp away. Or, on a drier road, slap the shifter back into the “S” sport setting and select Race from the DCC modes.

The engine even idles quicker in anticipation. Punch the pedal and throttle, steering, suspension responses are sharper as you accelerate, the engine revs hanging 500 rpm higher or so before upshifts, the exhaust blaring with hotrod hubris.

There’s also an added rumble from a “SoundAktor” speaker in the firewall, an artifice designed to enhance the engine note, but generally only succeeding in driving purists crazy. Not all that bothersome and I hear it’s easy enough to unhook.

I had a blast in the Golf R.

Even my mileage was acceptable, averaging 10.3L/100km (comb), despite bouts of cold weather that sometimes negated the Start/Stop tech.

And, jeez, I even started liking that initially off-putting Viper Green.

But to no avail.

I may have topped Santa’s list for the loaner, but I just wasn’t “nice” enough to get to keep it. 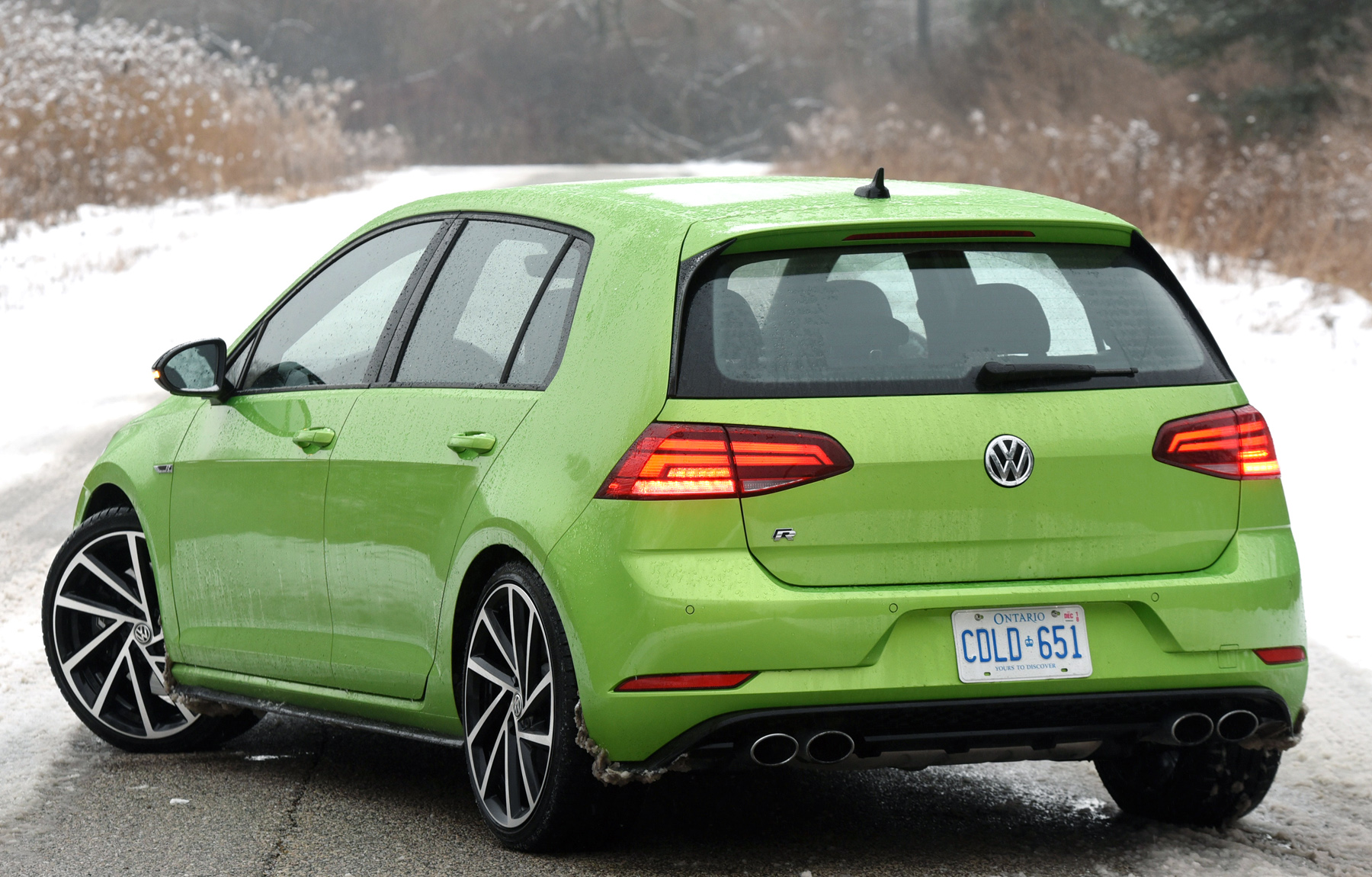 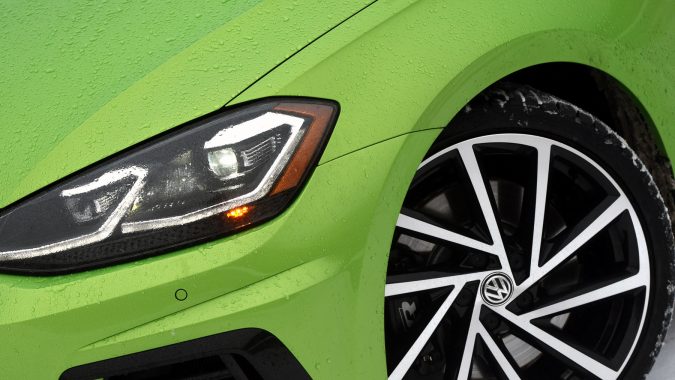 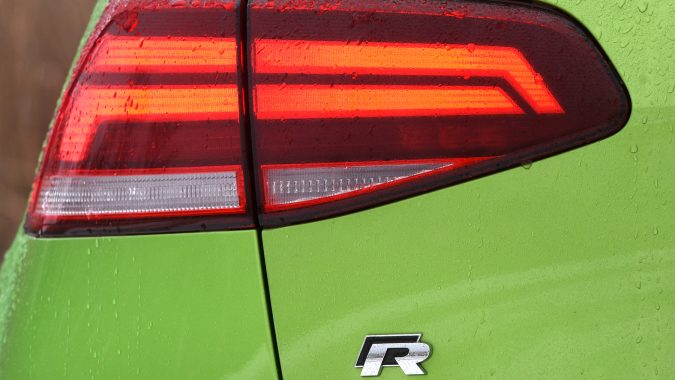 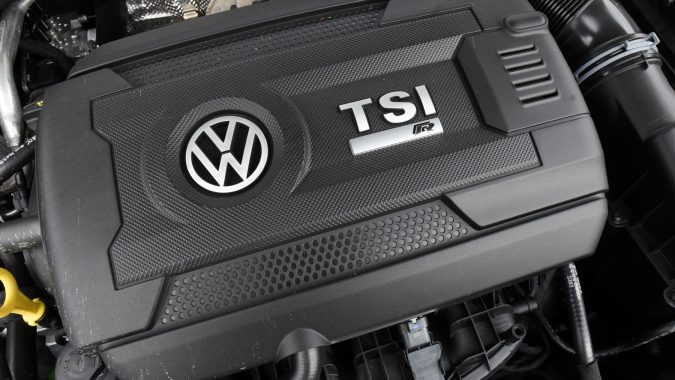