2018 Toyota Camry is New and Improved

CHARLOTTETOWN, P.E.I.-Toyota’s Camry has had a great run at or near the top of the mid-size sedan market since its debut in 1982.

For many of those years, it has been the bestselling car overall in North America.

Now entering its eighth generation, it faces challenges not only from other mid-size sedans like the Honda Accord, Ford Fusion, Chevrolet Malibu and Nissan Altima, but more importantly, from SUVs and crossovers which have eroded the share of all mid-size sedans.

It will be the first vehicle to take full advantage of Toyota’s new TNGA (Toyota New Global Architecture), a package of structural and suspension hardware components which will underpin a wide range of Toyotas over the coming years.

TNGA brings a whole raft of benefits, many of which you can see just from the pictures. The car is notably longer (by 30 millimetres overall, 45 mm in wheelbase), lower (by 25 mm) and wider (by 20 mm), and has a much more sporty stance. 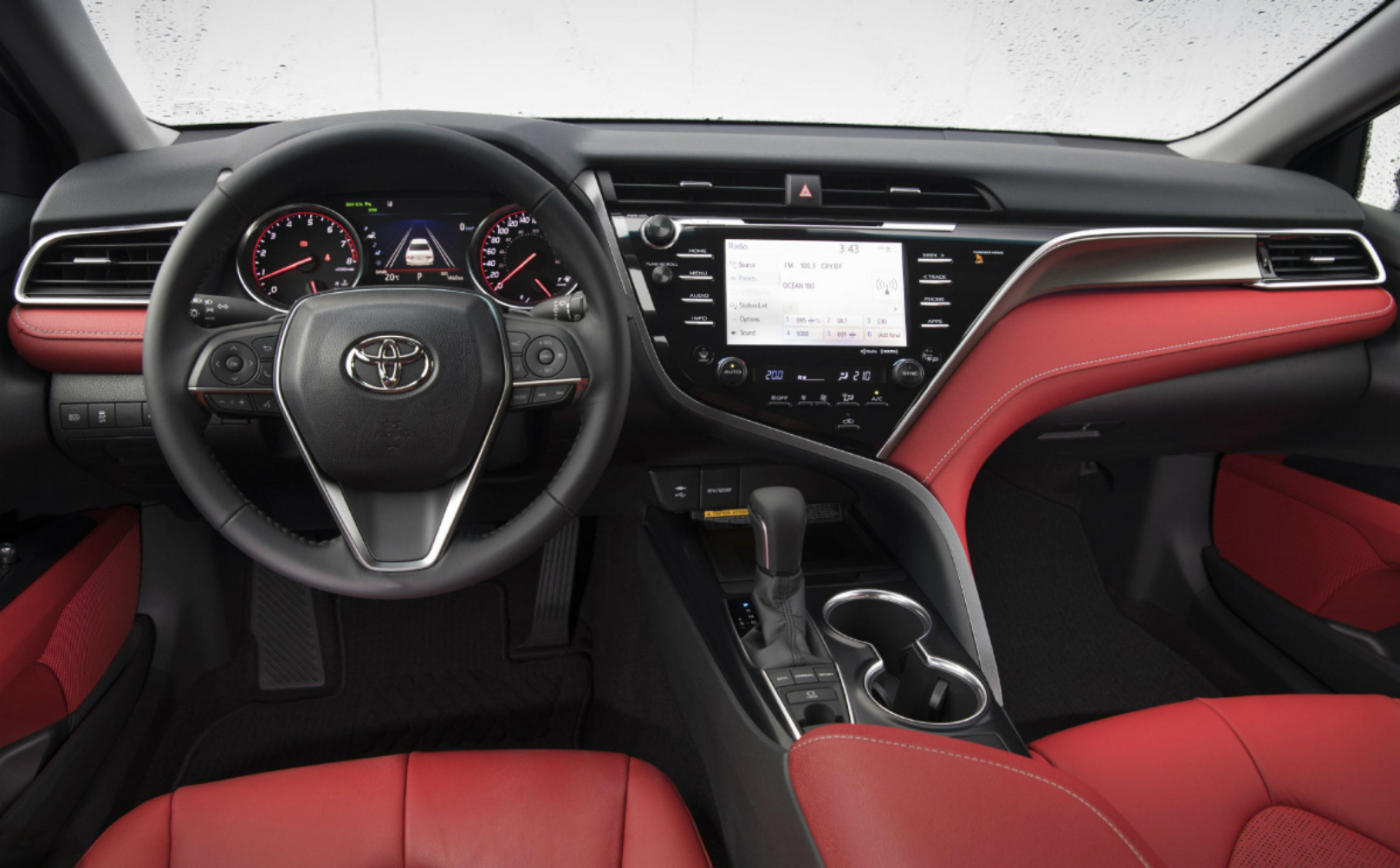 Sporty? Camry? Yes, you can now use those two words in the same sentence.

It is also more rigid (by 30 per cent), which aids in just about every aspect of vehicle dynamics.

They even laid on a slalom course where we could zip the new and old cars back-to-back through the pylons. You would scarcely believe the two cars were built by the same company, let alone that one is the immediate successor to the other.

But perhaps the biggest, most notable (not to mention most laudable) performance aspect of the new architecture is braking. Even during quite hard stops, the car remains level, with very little nosedive. Much of that is down to the new rear suspension. Three powertrains are offered, all of them varying degrees of ‘new.’

Interesting, too, that there’s not a turbo to be found, when most of the competition is heading down the road.

Camry starts with a 2.5-litre four, which delivers 203 horses (206 in the range-topping XSE, due to a freer-flowing exhaust system).

Acceleration is a shade leisurely, although the new eight-speed automatic keeps it in its power band quite well, and also tones down the interior noise level.

The 3.5-litre V6 is the first Camry to offer more than 300 horsepower (OK, just barely, at 301). It can operate under both Otto and Atkinson cycles to optimize fuel consumption when full power is not needed.

It also has both direct- and port-fuel injection, which has a corollary benefit of reducing deposits in intake manifolds which can affect some DI (Direct Injection) engines. This one feels downright quick. (Also interesting that the new Accord, perhaps Camry’s most direct competitor, has dropped V6s entirely from its range.)

Again, the eight-speed autobox is standard, and offers direct lock-up in gears two through eight to reduce slippage and improve fuel consumption.

The third powertrain is the Hybrid, which pairs the four cylinder with an electric motor. Essentially, hybrids convert kinetic energy which is otherwise lost to heat into motive power. If you drive the door handles off a hybrid, you won’t see much, if any, fuel savings. But driven ‘normally,’ you might even approach the Transport Canada figure of 4.9 L / 100 km.

The transmission here is a CVT — Continuously Variable Transmission. Like most manufacturers, Toyota has bastardized this by making it shift like a conventional automatic with six ratios. Apparently, people don’t want to give up their inefficient way of driving even if the whole point of buying a hybrid would seem to be to save fuel. Ah, well, the customer is always right, even when he’s wrong.

Hybrids have accounted for around 12 per cent of Camry sales in recent years. Since a litre of gasoline costs less at your local self-serve than a litre of water, it takes quite a lot of driving to make up the several thousand dollar price hit of the hybrid. (New York taxi drivers love them!)

Standard on all Camrys is Toyota’s ‘Safety Sense P’ package of cameras and sensors that detect potential dangers and alert you and/or actually apply the brakes to mitigate the impact, you should pardon the expression.

The so-called ENTUNE 3.0 system integrates SatNav, connectivity and in-car entertainment functions, and is standard on all models. You’ll need a long evening with the proverbial big cup of coffee and the Owners Manual to get the most from this system. However, the mapping function is particularly well worked out, the maps being clear and easily understood.

Well, a couple of things, and while they may sound niggly to you, it baffles me that heated rear seats are not available even if you pump the price up over $40,000 (um, a sub-$20,000 Kia has them …), and there is no interior pull-down handle for the trunk lid (um, just about every other car in the universe has one). Toyota Canada officials say their American colleagues don’t want them, so we can’t get them either.

Geez, I remember the days when Canadian Camrys got unique dams on the edges of the windshield to keep windshield washer overspray from fouling the side windows which the Yanks didn’t get! Sorry, I don’t understand …

If you can overlook these minor things, the new Camry is a significantly improved car in virtually every respect.

Now, if we could just get people out of their heavy, fuel-wasting, and more-dangerous-to-themselves-and-other-road-users trucks. 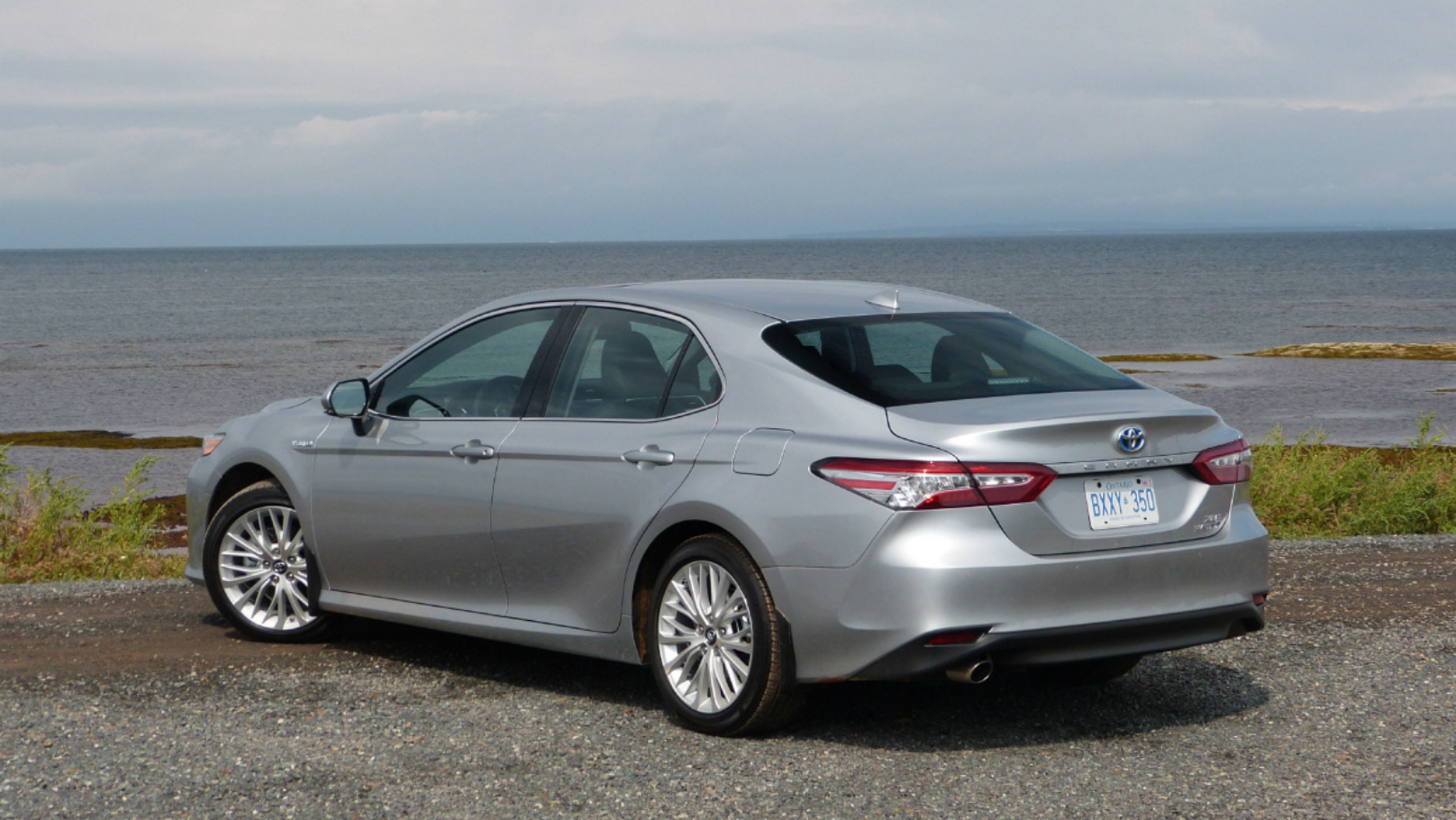