While this Chevy might be lean at the pumps, it doesn’t compromise on its family-serving duties.

Muscle Shoals, Ala. — The indigenous Yuchi peoples called it The River That Sings.

Starting near Knoxville, the Tennessee River meanders for over a thousand kilometres and concludes its run in Kentucky. Not too far into Alabama, it flows by Muscle Shoals, an unassuming town that by some divine confluence became a touchstone for early American soul, pop and southern rock music.

The epicentre was Fame Studios, founded by local musician/visionary/hardass Rick Hall in the early 1960s, and manned by a handful of scrawny white kids who looked like they should be packing groceries at the local Piggly Wiggly. They were in fact laying down deep soul tracks that attracted the likes of Aretha Franklin, Wilson Pickett, Otis Redding, Etta James … the list is endless. Known as The Swampers, the “Muscle Shoals Sound” became legendary.

I’m southbound from Nashville in a 2016 Chevrolet Malibu Hybrid, heading to Muscle Shoals in hopes of finding the soul, the magic, or as Aretha called it, the “grease.” Being a bass player (and an admittedly scrawny old kid) I’m open to anything The River That Sings wishes to send my way. 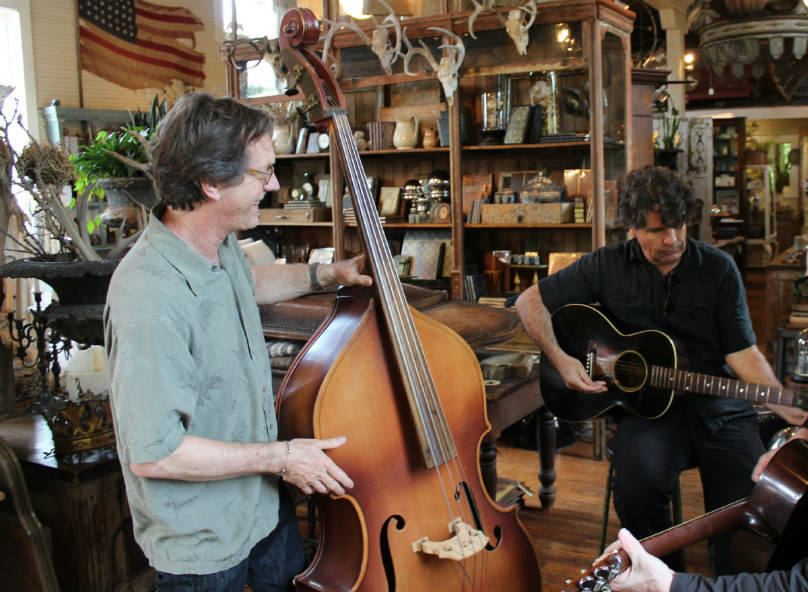 Escaping the clutches of Nashville traffic, my pearl white steed impresses. With this all-new Malibu, Chevy no longer needs to make apologies for its entrant in the hotly contested family sedan segment. First off, it’s a gorgeous car, and it drives with poise and confidence. It ticks all the right boxes too — generous back seat room, good value, and in the case of this hybrid has a starting price of $28,850, outstanding fuel economy. The official numbers are 5.0 L/100 km city and 5.1 L/100 km highway.

Coursing through the lush countryside, I’ve got Sirius XM fired up, cycling between Classic Vinyl and Soul Town, knowing it won’t be long before a Swampers-backed artist comes on. Yep, there’s “I’ll Take You There” by the Staple Singers.

The Malibu Hybrid steers nicely, coddles with a smooth, quiet ride and delivers its power in a seamless fashion. Its two electric motors and impressively smooth regenerative braking system are pilfered from the Chevy Volt. A 1.8-litre four-cylinder works with said motors to produce a combined 182 horsepower and a useful 277 lb-ft. of torque that gives this fuel-sippin’ family cart some effortless shove off the line.

First stop is the hamlet of Leipers Fork, about an hour outside of Nashville. If you’re looking for a killer fried chicken sandwich and some fried green tomatoes, drop in on the friendly folks at The Country Boy diner. 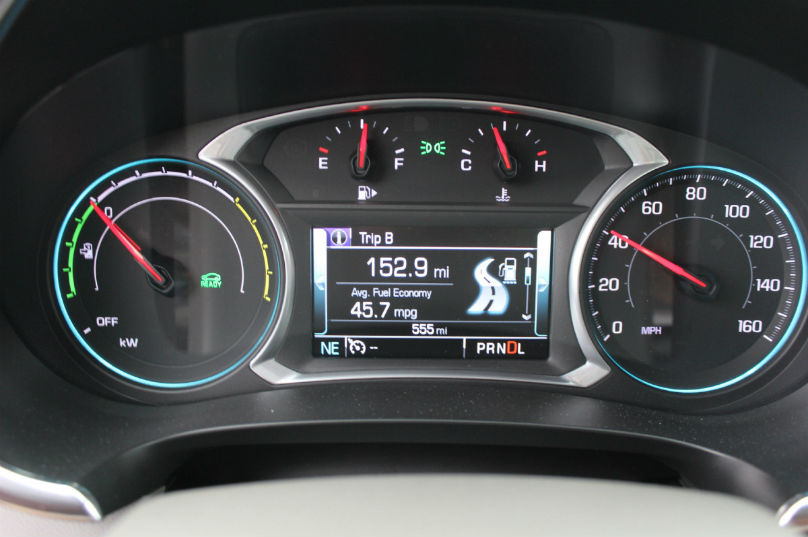 And if you’re looking to jam on some funky vintage instruments, wander two doors down to Serenite Maison. There’s an old Kay standup bass leaning in the corner (been there for decades, they say) along with a selection of Gibson and Martin guitars hanging on the wall. No, they’re not for sale (I asked) — they’re purely for the pleasure of anyone who wants to play ‘em. Which we did.

Leaving Leipers Fork, I find the Natchez Trace Parkway and head south. This two-lane stretch of road extends 715 kilometres and is maintained by the National Park Service. You won’t see a billboard, commercial enterprise or commercial vehicle while cruising this billiard table-smooth blacktop. Just endless green and historical site markers. With a speed limit of 50 m.p.h. (80 km/h) this is not a road to travel if you’re in a hurry.

The Malibu’s trip computer shows 45.7 mpg which translates to a Prius-like 5.1 L/100 km. And this ain’t no eco-penalty-box. My loaded specimen (leather, nav, and all the tech) will be $32,635 in Canada. The only downsides to its electrification are the elevated sticker (naturally) and compromised trunk space due to the lithium-ion battery pack.

A couple of hours later I roll into Muscle Shoals and find Muscle Shoals Sound Studio — opened by the Swampers in 1969 after they parted ways with Rick Hall. It’s mostly empty now, but if you listen real heard you’ll hear echoes of Lynyrd Skynyrd, the Rolling Stones, Bob Seger, Paul Simon and Rod Stewart.

A few minutes across town sits the Fame Studios, and before long I find myself within these hallowed walls, holding a Fender bass and cutting a track with a bunch of like-minded auto journalists. It’s eerie, magical and surreal. So much history, but like the river, this place just keeps on rolling. The day before, Gregg Allman was here working on his new album.

So did the River That Sings give up any of its secrets? Bono said the music came from the mud, so there may have been some extra greasy muck in the grooves we laid down. Kinda felt like it.

And for this Wheels writer, that’s a take. It’s been a helluva journey. 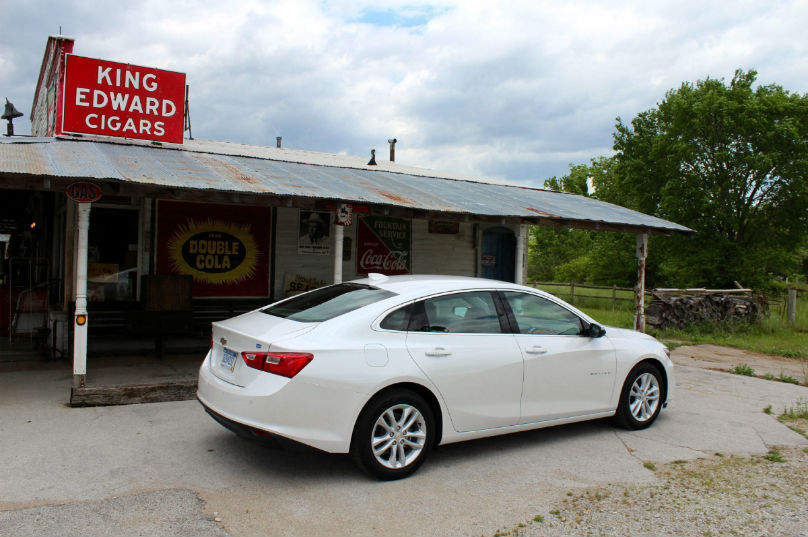 LOOKS: This is a handsome, well resolved car — looks good from every angle

INTERIOR: Nicely designed with good ergonomics and comfortable seats. Build quality is almost there but won’t keep anybody awake at Hyundai.

PERFORMANCE: A smooth operator. Just get in and drive. About the only hybrid telltale sign is a gas gauge that doesn’t move.

Travel was provided by the manufacturer. To send feedback, email wheels@thestar.ca and put Peter Bleakney’s name in the subject line.