The 2015 Toyota Prius v is not only larger than its liftback cousin, but wears a more conventional wagon/hatchback design.

Prius v – high starting MSRP, but not much more than smaller liftback

2015 Toyota Prius Liftback at a glance:

When Prius launched in Japan back in ’97, coming here three years later, it went on to define the hybrid segment.

I drove one again in January, and will admit that although I’m not enamoured with the look or performance, this vehicle does have advantages.

That’s better than the Civic and Ford C-Max hybrids, which are closely matched in size.

It is also well equipped for its $26,205 base price. Along with the usual stuff, like air conditioning, power windows and locks, and tilt/telescopic steering, the entry car provides a backup camera, smart key with pushbutton start, Bluetooth, automatic climate control and six-speaker audio with 6.1-inch display.

But there are shortcomings, aside from styling.

Prius liftback’s interior skimps on such niceties as soft touch surfaces and metallic accents. At least the abundance of hard plastic is grained and low-gloss, and I like the floating centre stack with felt-lined storage below. 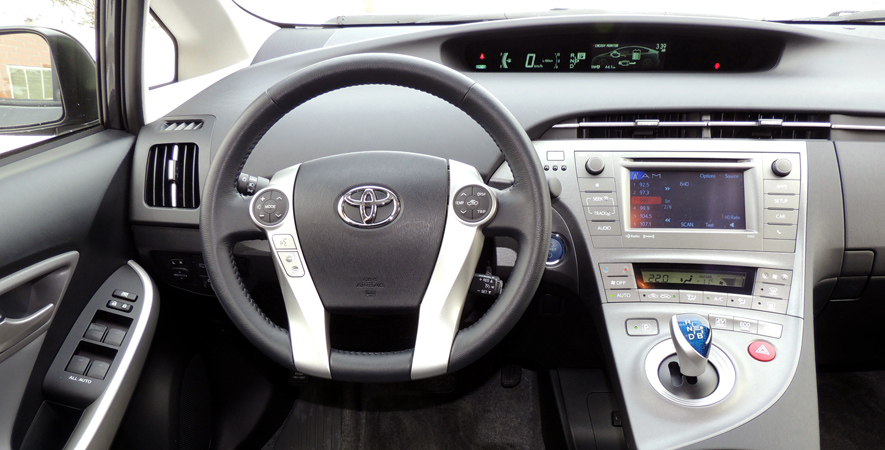 That aside, I believe this Prius’s greatest competition isn’t from other automakers, but from within the company lineup.

My week with the liftback was followed by one in the Prius v, which starts at only $1,785 more, but will carry significantly more boxes, hockey bags and other family gear.

It’s a relative newcomer to the Prius stable, arriving here in late 2011, but the “v” has already surpassed the original in terms of yearly sales.

One reason would be its size. The wheelbase is 81 mm longer, and overall length increases by 150 mm. That may not sound like much, but has allowed engineers to carve out 60 per cent more cargo space with 971 litres behind the 60/40 rear seats versus 612 for the liftback.

Drop the fold-flat second row and this expands to 1,905 litres – which is comparable with many SUVs and crossovers.

And there’s the added versatility of a front passenger seat that folds flat (for long items like step ladders) and a sliding second row for flexibility in carrying passengers and cargo.

Better yet, the Vee isn’t dogged by Prius’s wool-socks-and-sandals styling, adopting instead the look of a more conventional hatchback or wagon.

It also gets a new front bumper and grille, along with available integrated fog lights and LED projector headlights. Prius v rolls on standard 16-inch alloys, or 17-inch in higher trim.

As you’d expect in any hybrid, careful attention is paid to aerodynamics.

Prius v has a 0.29 coefficient of drag, thanks to its slippery shape and smooth sheet metal, along with wheels and wheel covers that are designed with airflow in mind.

All of this contributes to a rated fuel economy of 5.4/5.8/5.6 L/100km (city/hwy/comb), which although slightly higher than the liftback, is stellar for a vehicle this roomy. My own result, a combined 6.4L/100km, was pretty good considering the minus 30C windchill and snowy roads much of the week.

This system produces a net 134 hp and can run on gas-only, battery-only or a combination of both.

The engine is mated to a CVT, which smoothes the power delivery, but makes a little noise under hard acceleration. It seems more noticeable in Power mode, and although some journalists say it’s buzzy, I also detect an exhaust note and am not bothered a bit.

These four driving modes: Normal, Power, Eco and EV do change the personality of the car, which (no surprise) is never high-strung or aggressive.

Power mode provides a quicker throttle response and enhances mid-range power, but believe me it’s no neck-snapper. Eco dials this down, along with adjusting climate control to maximize fuel economy.

It’s sluggish in the cut and thrust of city traffic, and I prefer to leave it in Normal for a balance of both.

Prius will operate on battery-only EV mode for about 1.6 km at low speeds, but prod the pedal even slightly and the gasoline engine kicks in. It’s great for sneaking in and out of your driveway late at night, but EV is more a novelty than in a plug-in where you’d get a range of 15-20 km or more.

The interior of my top-drawer Prius v in Technology trim ($33,995) outshone my second-from-top Prius liftback, with more soft touch, higher-quality accents and a panoramic sunroof that really brightens its spacious interior.

The package also includes driver aids like lane departure alert, dynamic radar cruise control, and a pre-collision system that anticipates a frontal crash and then warns the driver. It will also take action if needed by applying brakes and tightening seatbelts.

Back seat passengers enjoy plenty of head and legroom in all three positions, but shoulder room is best for two. Still, when you consider the generous cargo hold, Prius v becomes an alternative to the compact SUV or crossover. It may lack AWD, but delivers better fuel economy than the thriftiest of these.

This vehicle may not score top marks for style, handling or performance, but that’s not a shocker. What truly resonates with Prius buyers is its utility and stellar fuel economy, all wrapped in a family-friendly package. 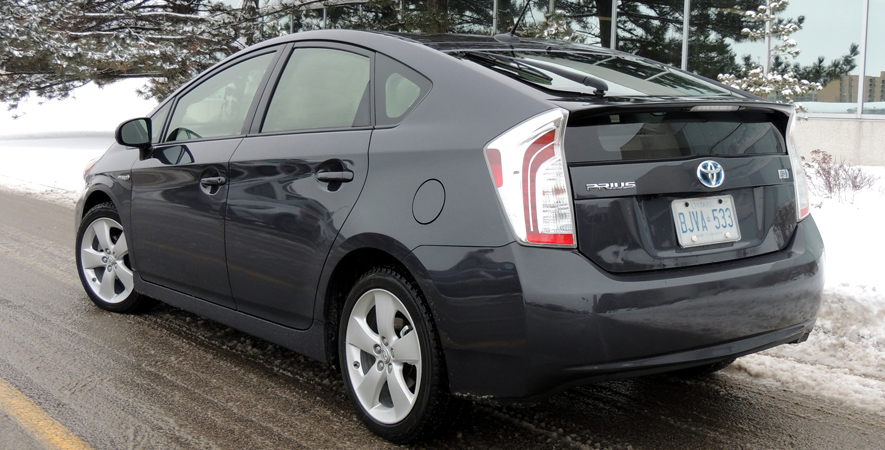