The 2015 Cadillac SRX five-door, five-passenger midsize luxury crossover is truly one of a kind.

What’s Interesting: The unknown future of SRX with rumours of a new XT5 replacement, a new platform, new engines and a new nine-speed transmission.

“Gimme money, money, more than I need. These Cadillac dreams are waitin’ on me” – Cadillac Dreams by Kiss

A few years ago, I downloaded an extensive playlist of Cadillac tunes to take to a Cadillac driving event.

It wasn’t hard to do because there’s no shortage of those songs out there, with lyrics voicing Cadillac dreams to the backbeat of country, rock or even rap music.

For all the success of Lexus and other modern import luxury brands, Cadillac has always somehow captured the imagination of popular culture, whether we’re talking about the iconic tail fin traditions of Eldorados and Coupe de Villes or the more recent hip hop history of overtly massive, pimped-out Escalades.

The Cadillac SRX five-door, five-passenger midsize luxury crossover tested here may not seem representative of that kind of iconic imagery, even with a few classic cues throw in. But it has a quality that makes it no less important to the brand.

It is, by far, the best-selling Cadillac in the lineup, outselling every other model in Canada and the U.S.

First introduced in a more wagon-like form in 2004, tweaked for a 2010 second generation with stronger styling lines, shorter overhangs and a more aggressive SUV-like road presence, relieved of problematic powertrains with a new direct injection 3.6-litre V6 in 2012, and still holding on today, the SRX is now one of the oldest vehicles in the Cadillac stable. But it is remains the bread and butter mainstay of the lineup.

Cadillac customers looking for anything but a car have only two choices – the full-size Escalade SUV (starting at $84,095) or the SRX (starting at $41,330), offering a compromise size at about half the price.

The SRX “face” starts with the signature Cadillac shield grille, bracketed on either side by tall, vertical headlamp assemblies. The side profile’s most striking feature is the indented body shape, courtesy of two strong character lines that sweep from the gill slit along the door handles up top and along door bottoms below.

That concave body indent, a design element similar to the trick work of the BMW X5 and Dodge Charger, gives the SRX a leaner, athletic style. Somehow that look always brings to mind the sunken cheeks of a supermodel.

RELATED: Cadillac Extends the Top of its Range with CT6

In back, tall tail lamps culminate in protruding points aimed squarely at the past, a nice tie in to the tail fins of another era. Harley Earl would be proud. The disco-style LED light pipes that have become “de rigeur” for all vehicles these days accent the front and rear lighting assemblies, even illuminating the trademark front fender gill slits. 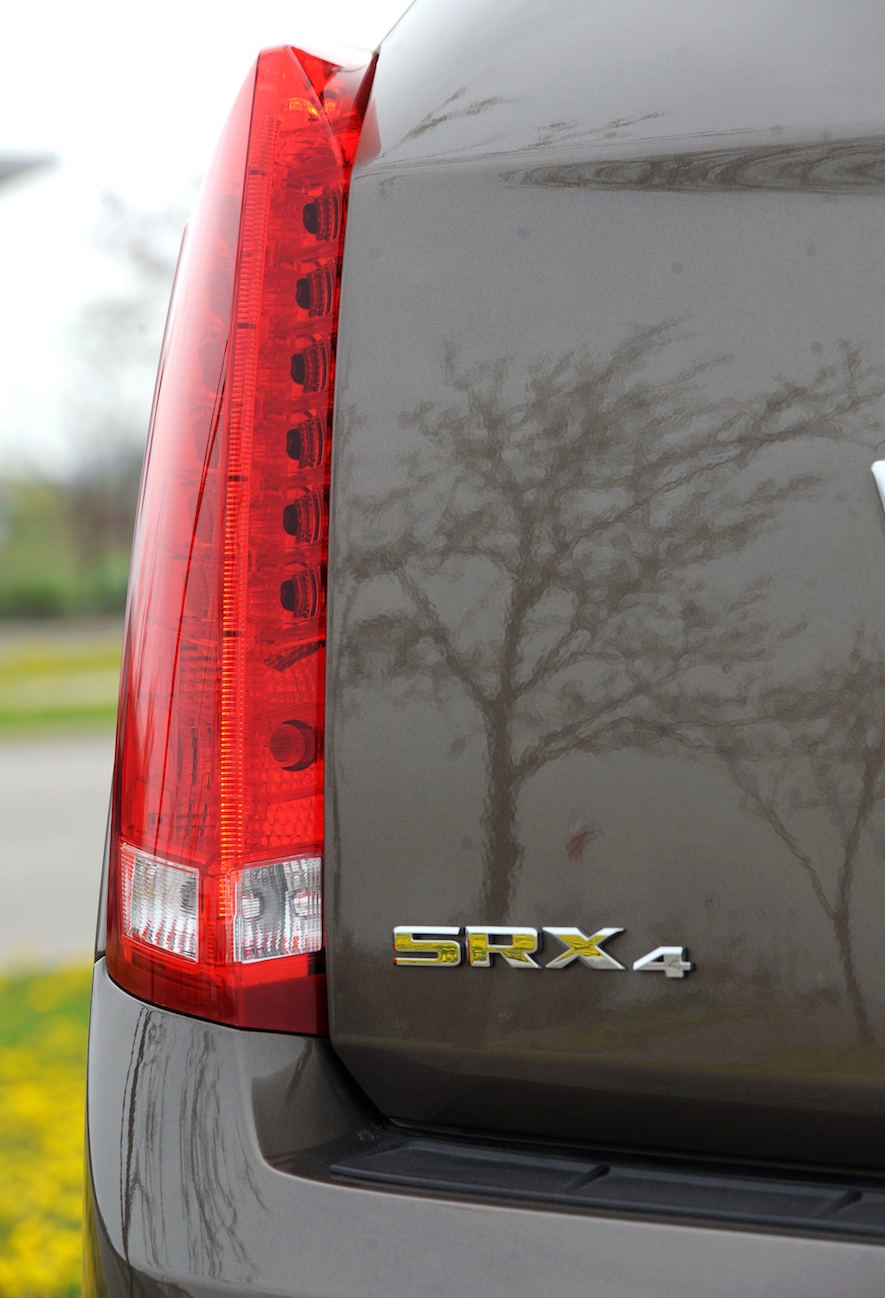 The SRX is also ironically Cadillac inside, with all piano black shining surfaces, wood and metallic highlights and with a “technology-drenched dashboard” as the brand bumpf puts it.

The “Cadillac User Experience” or CUE infotainment systems enables USBs, MP3s, SD cards and Bluetooth devices, monitored through the central instrument panel’s eight-inch LCD touch-sensitive screen with proximity sensing (you almost don’t have to actually touch the screen) and haptic feedback (and it sort of touches you back). The screen, used for rear view camera and optional navigation as well, also allows you to “swipe”, “pinch” or “spread” your inputs, much like on a cellphone. 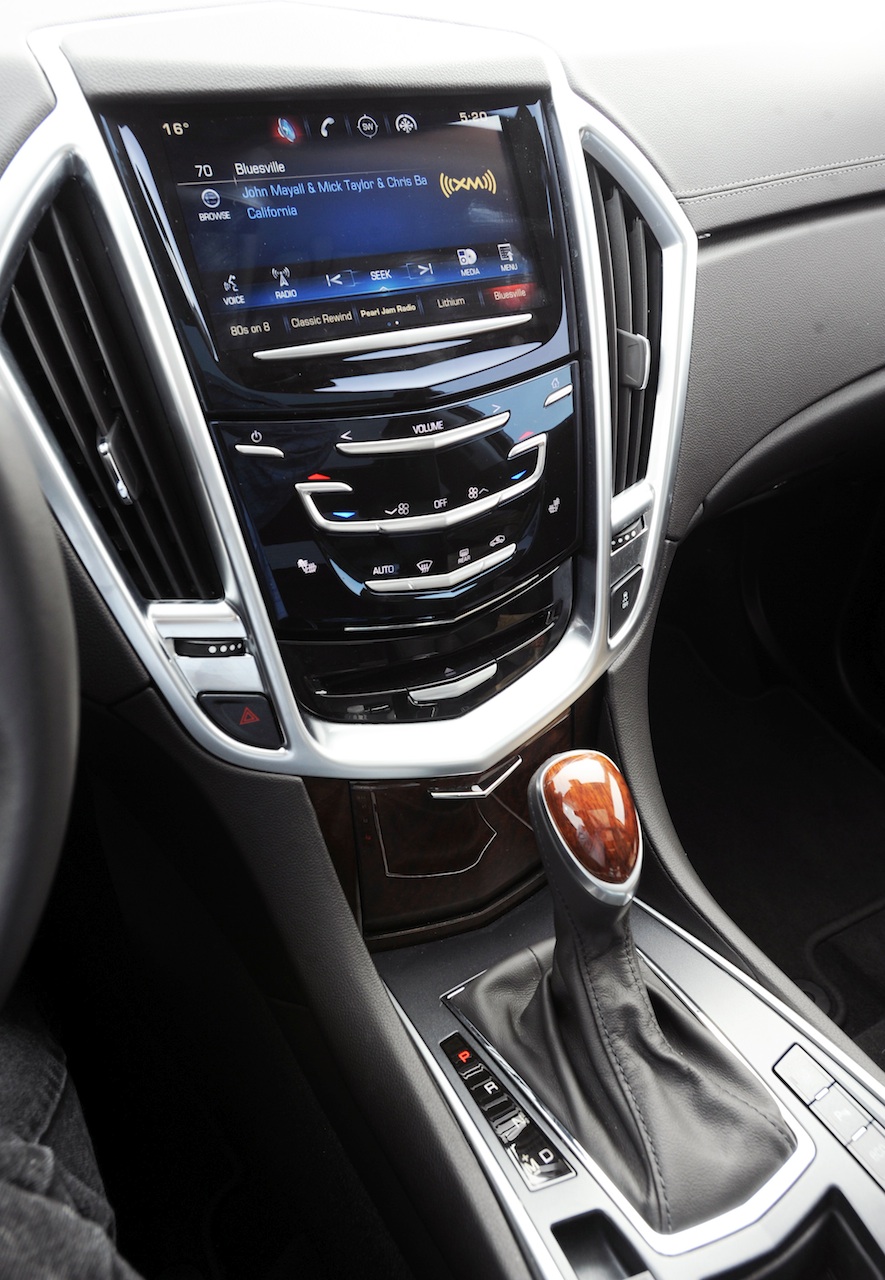 The cabin is comfortable for four, do-able for five, and allows 844 litres of luggage room, expanding to 1730 litres behind the front row with the 60/40 second row folded flat.

Under the hood, the one-choice 3.6-litre V6 engine makes 308 hp and 265 lb/ft of torque. It is mated to a six-speed 6T70 HydraMatic automatic transmission with Driver Shift Control. The powertrain seems capable enough but a somewhat heavy steering feel and substantial 2015 kg curb weight combine to make the SRX feel more ponderous than it should for a mid-size entry. 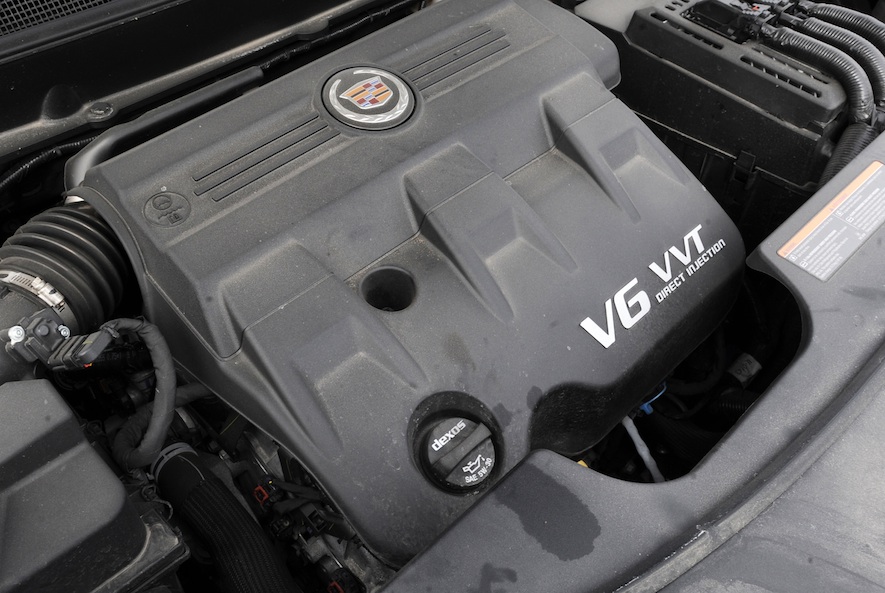 As tested here, our 2015 SRX Luxury Collection AWD model is not exactly the top of the SRX food chain, but it adds substantial extras.

GM has not made any announcements yet regarding the future of the SRX but, taking the its longevity and Cadillac’s lack of other crossover choices into account, rumours abound about new models and a possible 2016 SRX replacement, probably named the XT5, probably built on a new platform and probably also powered by either a turbo four-cylinder and/or a naturally-aspirated six-cylinder engine, both motors mated to a future nine-speed automatic. 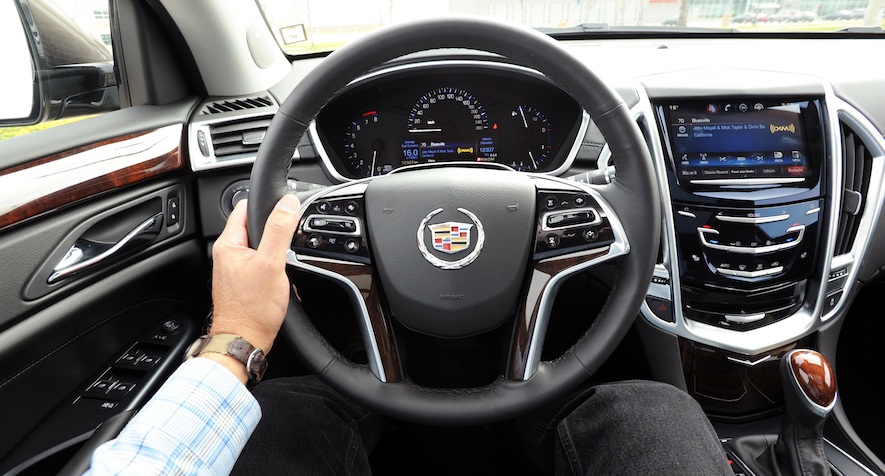 And there’s talk of a possible third row option too. GM will probably move production from Mexico to the former Saturn plant in Spring Hill, Tennessee.

We might learn more by November’s LA Auto Show but Cadillac does need to make some moves to stay current with competitors like the Lexus RX, Mercedes M-Class, BMW X3, Lincoln MKC and Audi Q5.

But, then again, there isn’t all that much pressure on Cadillac.

The current 2015 SRX is still selling at a brisk pace, recently helping Cadillac set a best-ever Canadian sales record for the month of April 2015. 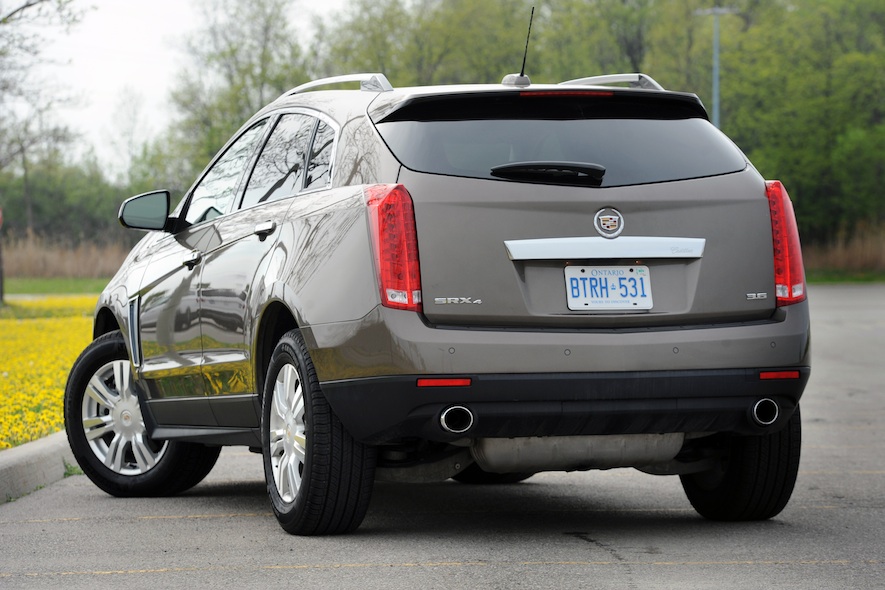