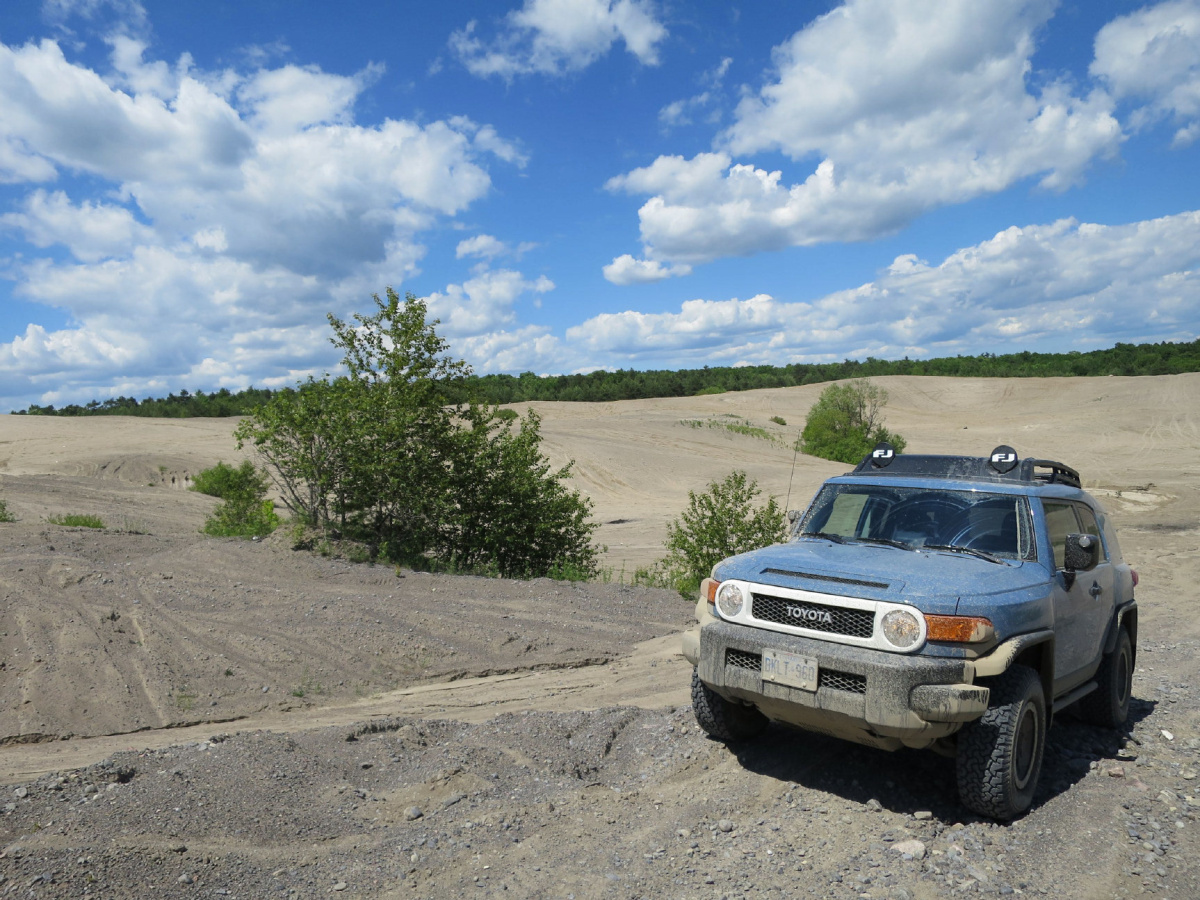 You know it’s going to be a good day when you head out to the back roads and sand pit, and the police officer patrolling the area tells you where to find the most mud.

And you know you’ve had fun when you stuff eight bucks into the do-it-yourself car wash, and it’s still not enough to get all the dirt out of the nooks and crannies.

It was a natural for the Toyota FJ Cruiser, Toyota’s tough-as-nails little SUV. But if you want one, you have to hurry: this is its last year of production, and so far, I’ve heard no rumours of any replacement.

For this final model, in addition to the regular off-road or urban-warrior packages available for it, it also comes as the limited-production Trail Teams Special Edition, as my tester was equipped. 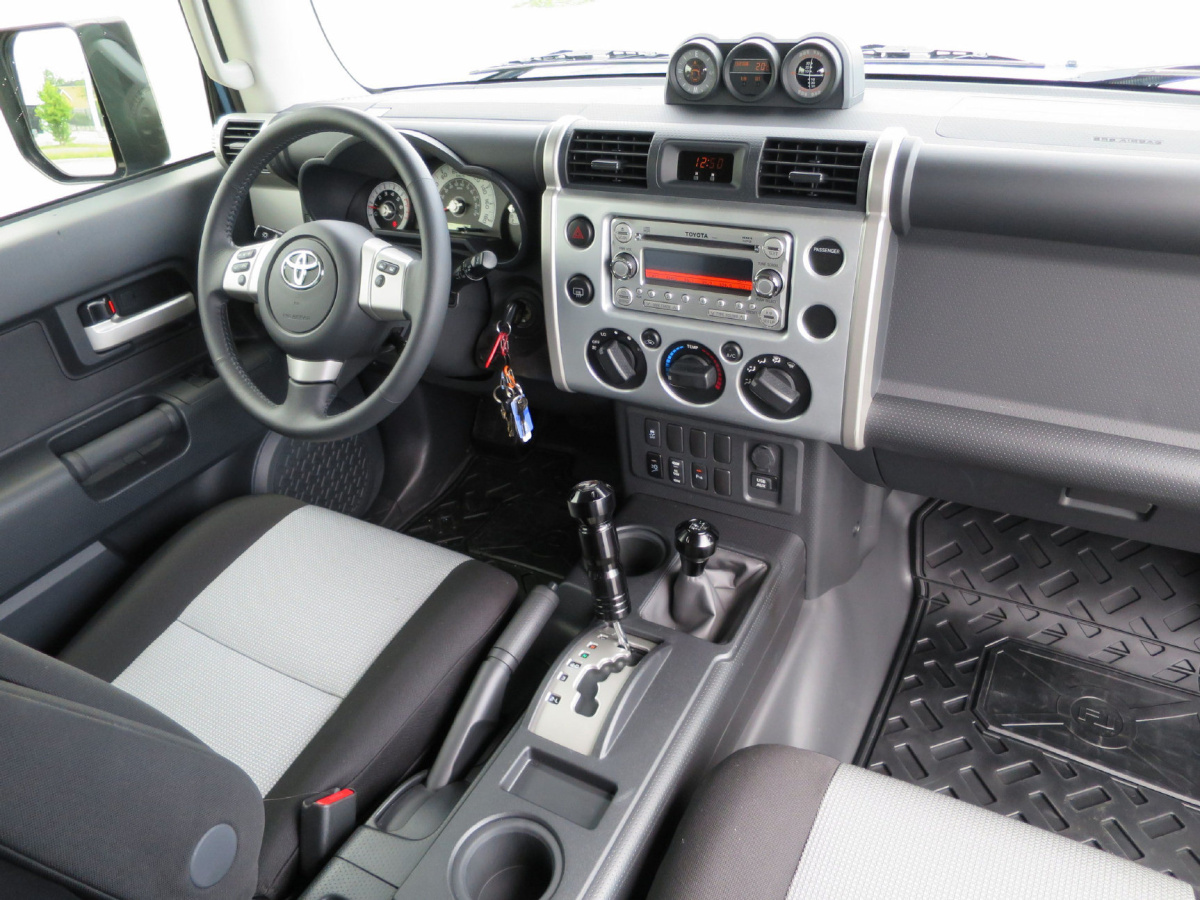 All FJ Cruisers use a 4.0-litre V-6 engine, making 260 horsepower and 271 lb.-ft. of torque. Manual-equipped models include a full-time four-wheel-drive system, while automatics (as mine was) come with a part-time, two-speed transfer case with locking rear differential.

It’s not an acceleration monster, but that’s not the point. Off-road machines are all about the ability to dig in and get through anything, and my tester tackled deep ruts and sandy hills effortlessly. I really like the crawl control, which is essentially a low-speed, four-wheel cruise control function. Set the speed, to a maximum of 25 km/h, and the FJ will soldier over whatever terrain you point it toward. It controls your speed going down a hill, as hill descent control systems do, but when you get to the bottom, it just keeps going up the next one.

The FJ Cruiser was actually never meant to be. It was originally a concept show car, unveiled at the Detroit Auto Show in 2003, but proved so popular that the company introduced it as a production model for 2007. The U.S. gets a two-wheel-drive version, but ours are all four-wheel.

Its back doors are rear-hinged, and you have to open the front doors before you can get into the rear ones. It’s actually fairly roomy back there, and while you have to remove the head restraints and flip the cushions forward before you can fold the rear seats, they fall flat and are plastic-backed. The rear hatch opens sideways, while the rear glass flips up. The three front windshield wipers are a way-cool feature, but although they’re the variable-intermittent variety, there’s no mist feature. That’s an annoying omission when you’ve rumbled through a mud puddle and just need a single quick swipe to keep going.

A high floor helps the FJ Cruiser gain its 245-mm ground clearance, which can make it a bit tough to crawl in. The floors are rubberized, a must-have on a truck that’s meant to get dirty.

Despite its off-road ability, the FJ is surprisingly docile on city streets, and it’s very smooth and quiet at higher speeds, a nice touch if you have to take the highway to get to the off-road stuff. It will tow up to 2,268 kg (5,000 lbs.), too.

Its most obvious rival is Jeep’s Wrangler, and its four-door Wrangler Unlimited sibling, but there are some key differences. In its most rugged Rubicon trim, the Wrangler takes the edge in serious off-road capability. The Jeep models have a rougher, noisier ride than the FJ Cruiser, which is music to the ears of fans, but which might turn off the uninitiated. You also need to add an optional hard top if you want more than a soft roof. The Wrangler starts at $23,195 for the two-door, and $30,695 for the Unlimited, but “base” is the key here, and the entry-level models are missing features such as air conditioning, power windows and power locks that are standard on the FJ. That’s definitely not a slag at the Jeep, which has a unique core audience that doesn’t want those things, but keep them in mind if you’re comparing the two on price alone.

All in all, I’m sorry to see the FJ Cruiser leaving the scene. While Canadians are far more familiar with models such as the Corolla and Camry, Toyota has a global reputation for the super-tough SUVs it sells overseas, and it was nice to be part of it with this model. Finding the sloppiest mud pit out there was just icing on the cake. 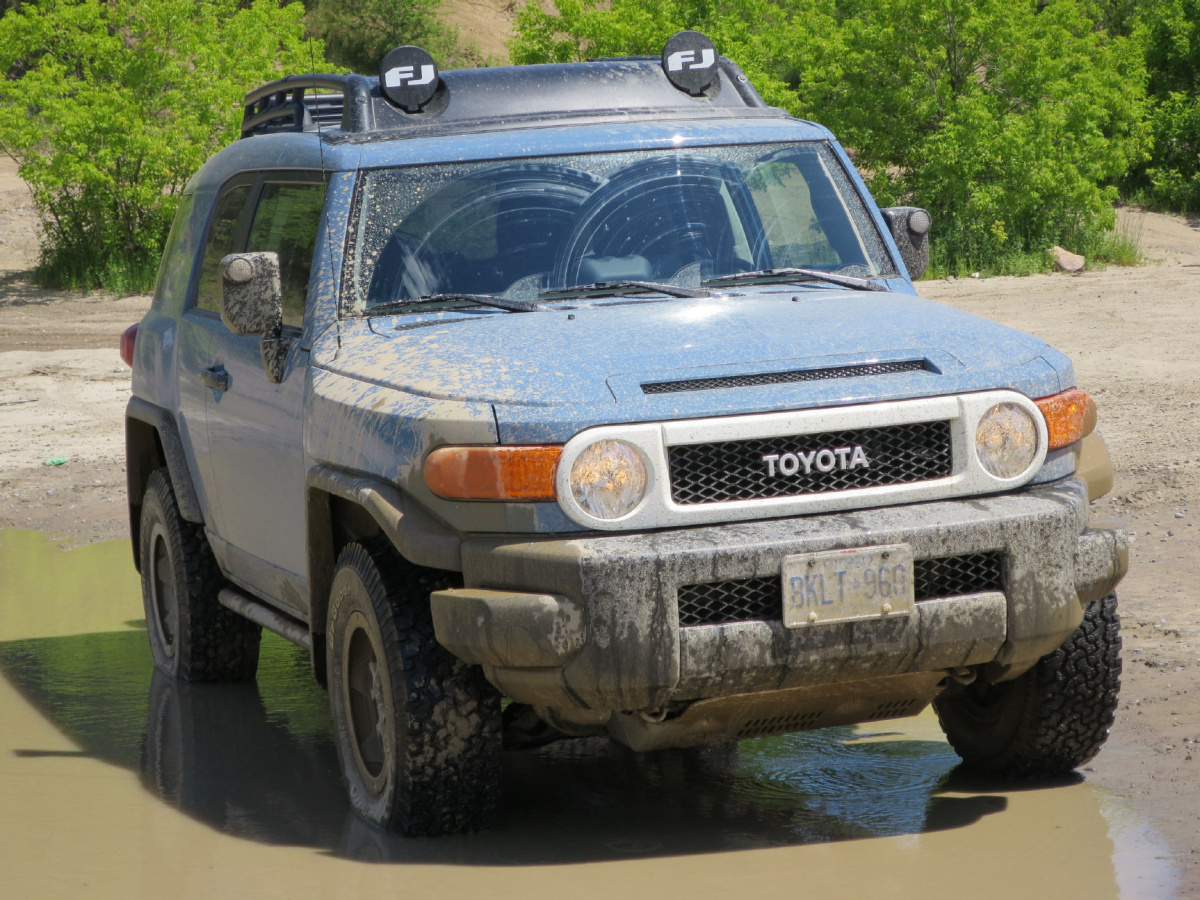 The vehicle tested by freelance writer Jil McIntosh was provided by the manufacturer. Email: wheels@thestar.ca.